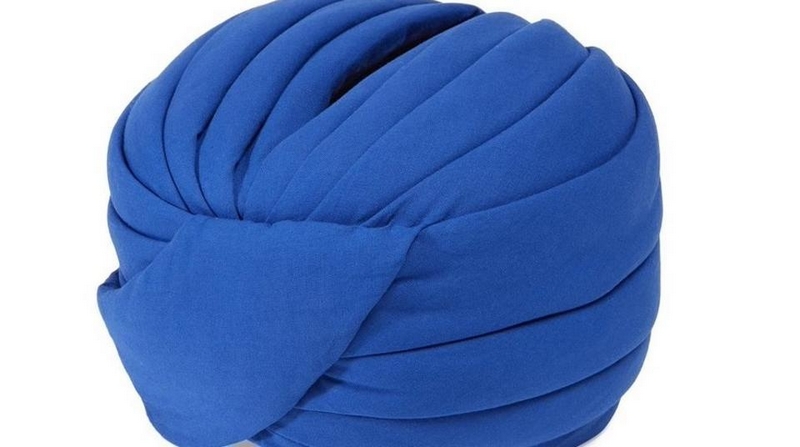 This article titled “Sikhs call headpiece sold by Gucci disrespectful mimicry” was written by Scarlett Conlon, for The Guardian on Friday 17th May 2019 19.46 UTC

Gucci has been criticised for selling a headpiece resembling a turban as a backlash grows on social media where users have accused the Italian fashion house of being insensitive towards the Sikh religion.

The item, named the Indy Full Turban, came to the attention of critics when it appeared on the American retailer Nordstrom’s e-commerce site retailing at £790, prompting the Sikh Coalition to tweet that the turban is “not jsut a fashion accessory, but it’s also a sacred religious article of faith”.

The industry newspaper Women’s Wear Daily reported on Thursday that the retailer had changed the product’s name to Indy Full Head Wrap, although it now simply states Full Head Wrap and is marked as sold out. Nordstrom has apologised on Twitter, prompting the Sikh Coalition to encourage Gucci to do the same. Gucci has been contacted but is yet to comment.

The item, first shown in February 2018, is from the same collection as the £689 polo neck jumper that the brand withdrew after complaints that it resembled blackface.

Creative director Alessandro Michele later apologised, telling reporters: “From my grief, I will learn something. We will learn a lesson and this company will do things in a different way.” Marco Bizzarri, Gucci’s chief executive, said the mistake was caused “because of cultural ignorance, but ignorance is not an excuse”.

Gucci is not the only fashion brand to sell turbans, nor is Nordstrom the only retailer. Luxury fashion houses including Missoni, Anna Sui, Valentino and Julia Clancy have headpieces identified as turbans currently stocked by online retailers.

According to Sukhjeevan Singh, a spokesperson for the Sikh Council UK, the reason Gucci’s version has caused particular outrage is because of its close likeness to the everyday turbans worn by practising Sikhs.

“What makes this case different is that this turban is like mimicry. This commercialisation of the turban by Gucci is deeply offensive and feels degrading because the turban represents our honour.”

The luxury fashion industry’s adoption of the turban stretches back to 1955 when Christian Dior featured one in his collection.

In the following decades, style icons including Princess Margaret, Elizabeth Taylor and Joan Collins all became synonymous with the headpiece, despite the fact it took until 1989 for the UK Employment Act to give Sikhs the right to wear a turban in the workplace.

In recent years, influential fashion figures including Rihanna, Sarah Jessica Parker and Kate Moss have all made notable appearances in one. In November 2017, model Adwoa Aboah wore a style by Marc Jacobs on the cover of editor Edward Enninful’s highly publicised first issue of British Vogue.

“As Sikhs, we’re a very open religion,” said Singh. “I’ve seen other headware or head scarves folded in a way and they don’t look [exactly] like a Sikh turban. If that [same] cultural sensitivity was taken into account [with Gucci], I do not think this issue would have arisen to this degree because it hasn’t in the past.”

Singh says he is “really hoping and quite sure that this was not deliberate” and welcomes clarification from Gucci on its position.

“As a mature and a big luxury house I am hoping that some kind of apology is issued [and] Gucci can somehow rectify what they have done. They said [before] that they would consider the cultural aspect of [its designs] in the future. I hope they repeat that apology and extend it to religious sensitivity as well.”

This week’s incident comes as accusations of cultural appropriation and insensitivity are increasingly being levelled at the fashion industry. In November last year, Dolce & Gabbana cancelled its fashion show in Shanghai after it was accused of racism in its marketing of the event. In December, fellow Italian brand Prada withdrew a collection of keychains that appeared to resemble black monkeys with exaggerated red lips items over concerns that they depicted blackface. Weeks later it announced it would be setting up an advisory council to “guide [its] efforts on diversity, inclusion and culture”.