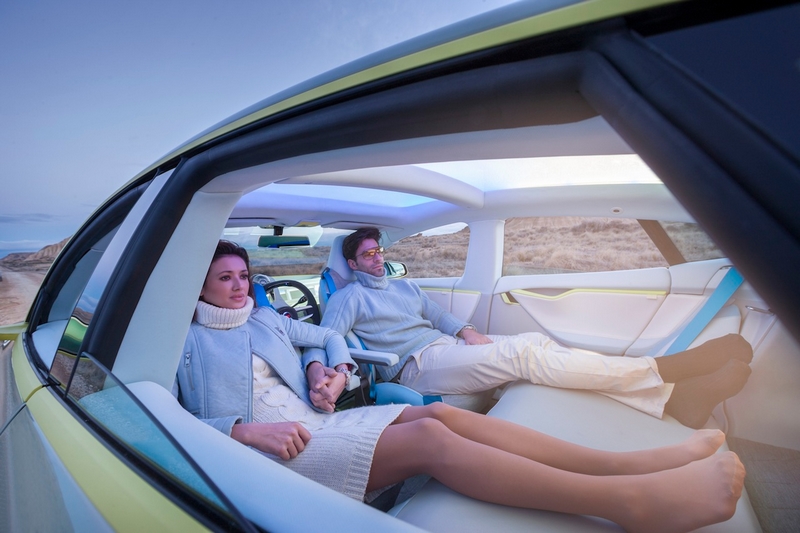 This article titled “Self-driving cars are coming, and the technology promises to save lives” was written by Ucilia Wang, for theguardian.com on Thursday 17th December 2015 18.47 UTC

Companies like Google and Tesla have held up autonomous vehicles as a panacea for road accidents, which claim over 32,000 American lives each year. This month, Obama put stock in that idea, signing a $305bn transportation bill that includes grants for self driving vehicles. That backs up 10 years of US Department of Transportation work on technical studies and policies surrounding autonomous cars.

But will all this investment and research actually result in a future free of car accidents?

Many researchers say forecasting the impact of self-driving cars on reducing accidents is difficult because there just isn’t enough real-life road testing and data to make a reliable forecast.

The National Highway Traffic Safety Administration, however, found that over 90% of car crashes involve human error. In the remaining cases, factors such as weather and failed car components were primary causes. Robots can potentially be programmed to make faster and better decisions while avoiding human pitfalls such as driving while drunk or texting.

A paper from global consulting firm McKinsey & Company estimates that a 90% crash reduction rate could have saved the US economy $190bn in 2012 alone.

If you have something react faster than humans, you could still save lots of lives

Demonstrating that autonomous cars are safe and able to reduce accidents will be crucial for convincing the public that ceding driving to computers is a good idea. Skepticism, and even fear of losing control of the activities that play a big role in our lives, already abound about allowing robots to manage our lives. Questions have been raised about whether they could make ethical and safe decisions when confronted with complex situations that involve not only cars, but also pedestrians and other obstacles. Should they be programmed to protect their occupants at all cost, or to make a move that could seriously injure the riders but lead to fewer deaths overall in a collision?

“We certainly think that [autonomous cars are] going to significantly lower the rate of fatalities. We just don’t have a full sense of it,” said Richard Wallace, director of transportation systems analysis at the nonprofit Center for Automotive Research in Michigan. “I think what you can say for certain is that as technology progresses, the artificial intelligence that will be doing the driving will become more and more perfected.”

The highway to progress

Technological advances, such as seat belts and antilock brakes, have helped to lower the number of overall car crashes from 6.7m in 1988 to 5.7m in 2013, according to the National Highway Traffic Safety Administration. Fatal crashes declined from 42,130 in 1988 to 30,057 in 2013.

Researchers believe that computer-driven cars will lessen the severity of injuries caused in car accidents. “If you have something react faster than humans, even if it can’t completely avoid a crash, you could still save lots of lives,” Wallace said. A robot car can still get rear-ended by a human-driven car, for example, but its sensors could detect the pending collision and maneuver the car quickly to lengthen the distance before impact.

Car manufacturers such as Audi, Toyota and Tesla have announced plans to launch autonomous cars, or cars that can autopilot in certain conditions, within five years. But predictions for when a large number of consumers will choose them over conventional vehicles vary and depend on assumptions such as affordability and changes in insurance and other regulations, according to Kara M Kockelman, a professor at the University of Texas at Austin who has studied the issue. IHS Automotive, a market research firm, expects a global sales of nearly 12m self-driving cars, or 10% of the global total, in 2035. But it cautions that the forecast might be low if research and development efforts in creating self-driving cars continue to increase.

Carmakers have been gradually automating functions to help humans navigate and avoid accidents for over 10 years. Many cars now come with sensors and video cameras to display blind spots and beep when sliding into a tight parking spot. Newer technology uses sound or a vibrating steering wheel to alert drivers when the cars are swerving into another lane without the turn signal on.

Embedding more sensors and cameras to capture high-resolution images and measure distance all around a car would enable it to take over the driving task. Wireless communication technology that allows cars to talk to each other could improve traffic flow, increase the number of cars that a highway can accommodate and reduce fuel consumption.

“If we have connected, automated vehicles, it becomes possible to drive them much closer together and to have them follow each other smoothly, in contrast to today’s stop and go traffic,” said Steve Shladover, a program manager at the UC Berkeley Institute of Transportation Studies. “This has the potential to double the effective capacity of a highway lane.”

Researchers are increasingly trying to quantify the benefits of specific crash-avoidance technology. A publicly funded 2011 study by General Motors and Virginia Tech Transportation Institute looked at how several technologies, such as visual and audio warning or automatic braking, could prevent crashes in which cars backed into another object. Simulations indicated that those technologies could reduce backing crashes by 32%, or nearly 65,000, annually nationwide. But the paper also cautioned that serious limitations in the amount and types of data available made it difficult to predict the real-world impact of these technologies.

At the Massachusetts Institute of Technology, Jason Gao is studying ways to reduce congestion if cars can talk to each other wirelessly. Cars that enter a congested zone would request digital tokens from those leaving it. If no tokens are available, then drivers would get a turn-by-turn audio instruction for traveling around the traffic jam. The digital tokens serve as permits to travel through an area. Gao is looking at whether pricing those permits could affect the number of cars that pass through and help to control the traffic flow. In a simulation that compared his car-to-car communication design with one in place in Singapore – where a toll system scans for dashboard-mounted transponders in cars and charges drivers for entering a congested zone – Gao said his system could increase the car speed by an average of 8%. Cars could travel faster because they could coordinate the traffic flow through the congestion zone among themselves in advance.

Google has garnered lots of publicity for loosing its driverless cars in Silicon Valley and Austin – last month, police stopped one of its peapod-shaped cars for driving too slowly. Ford is testing a self-driving Fusion hybrid in a new 32-acretest track at the University of Michigan campus, designed to simulate an urban driving environment. Audi has done its own test runs, including a trial on a section of a Florida highway that was set aside for autonomous car research.

Research is also emerging to show how safe autonomous cars might be when they run alongside conventional cars on the road. In an analysis of car accidents involving self-driving cars from 2012 to 2015, published in October by the University of Michigan’s Transportation Research Institute, autonomous cars attained a higher crash rate per million miles traveled than conventional cars – but robot cars were not at fault in any of the crashes. Injuries from those crashes were also milder than those that involved only conventional vehicles, the report said. The analysis looked at publicly available crash data from 1.2m miles of test drives by Google, Delphi and Audi and found just 11 accidents.

Whether self-driving cars will replace conventional vehicles will depend not only on technical improvements, but also policies that will need to be put in place. Those rules have only started to emerge. Just this week, California proposed regulations for autonomous cars, and it could become the first state to allow consumers to ride in them. The proposal, if adopted, would require humans to take control of the cars when necessary and take responsibility for tickets and accidents. That means at the end, the blame for crashes will still go to humans, not robots.