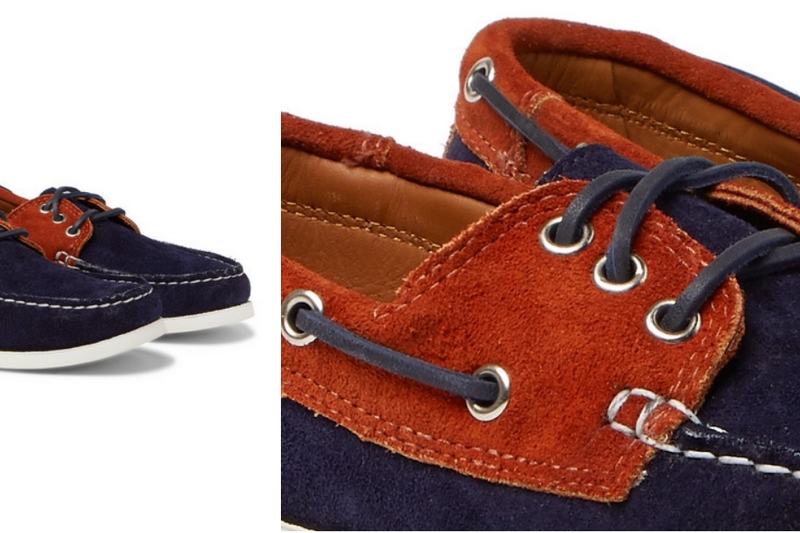 On my way to buy some boat shoes the other day, I made the mistake of asking the internet what it thought of them. You can’t buy shoes without knowing what Twitter thinks. Not in 2018. There’s no worse feeling than getting home and discovering your new kicks are racist or haven’t seen Game of Thrones or something.

The responses were varied, in that they were various shades of negative: “Nigel Farage has several pairs.” “Not OK with socks.” “Fine on a boat.” This newspaper’s restaurant critic, Grace Dent, had the final word, inviting me to consider whether or not I was Simon Le Bon in Duran Duran’s Rio video. If I was, boat shoes were acceptable. If not, neither were they. After a moment’s thought I concluded that, on balance, I wasn’t Simon Le Bon in the Rio video. The boat shoes were off, but what could I buy instead?

Related: Ugly trainers: which pair are you?

Another summer, another shoe crisis. As a man, you do not have to be especially fashion conscious to worry about what goes on the end of your legs between September and May. Owning a mirror is enough. But when the sun’s out, the rules change.

The problem is not the shoes themselves, which are often blameless, except in the case of sandals, but the shoes being worn in conjunction with shorts. Shorts: why do we do it? As with tattoos, the most we can say about shorts is that those who already looked good look no worse. For the overwhelming majority of men, however, shorts are difficult. Personally, I try not to wear them unless I’m actually swimming. You cannot wear boots in summer without looking like a summer-camp counsellor. Attempt brogues with shorts and you look like you’re on your way to a Just William cosplay party.

Models might galumph up the Riviera in ugly and deliberately dirty Balenciaga Triple S trainers, but, for the rest of us, small, comfortable trainers are the order of the day: white trainers, either canvas ones such as Superga or Converse, or classic Stan Smiths, or their £300 imitators, like those by Common Projects, CQP Gallery and the countless other brands emerging daily. To wear trainers, however, you need socks, which leads us back to the SSC, or summer sock conundrum.

“I’m afraid little socks are the only option,” says Matt Hambly, style editor of Men’s Health. “The alternative is either socks poking out of the top, which is gross, or smelly feet, which are even more gross.” However, he disagrees on the no-shorts rule.

“British men are terminally scared of shorts and not wearing socks because they think they’ll look silly,” he says. “But wearing trousers in a heatwave for fear of looking daft is surely more silly. Penny loafers with micro-socks – shoe liners from Falke, invisible to the naked eye – work, although if you’re on the beach it’s a low point to remove them. Otherwise, try a structured espadrille if your ambition is to go straight to dinner from the beach.” What of boat shoes, my first love? “Boat shoes are fine.”

Are they? Was the internet wrong, for once? The boat shoe appeals because in theory it can do any event without fuss. You could wear it to a dress-down day at the office, to a party, to a restaurant or the beach. On a boat, even. Aside from its Duran Duran associations, however, it also seems like the kind of thing your dad, or your frat-boy nephew, might wear. It hasn’t had some kind of haute-couture overhaul.

“The boat shoe/docksider/deck shoe, is, forgive the pun, adrift in contemporary men’s shoe trends,” explains Tom Chamberlin, editor of The Rake. “Most footwear, from espadrilles to boots, have gone through some sort of renaissance over the past five years. Boat shoes, however, have never been reinvented, upgraded or injected with any sort of street cred. Even use on a boat has been superseded by sneakers, such as the collaboration between Santoni and Wider yachts.

“Now, could this mean it is perfect and therefore upgrades are unnecessary? Perhaps,” continues Chamberlin. “But to me a shoe’s popularity, or a concerted attempt to make it relevant to the modern buyer, is extremely important. In this category, the boat shoe has failed above any of its contemporaries.”

I still think trousers are the solution, but I’m afraid I bought the boat shoes. The shoe liners from Falke, invisible to the naked eye, will have to wait.