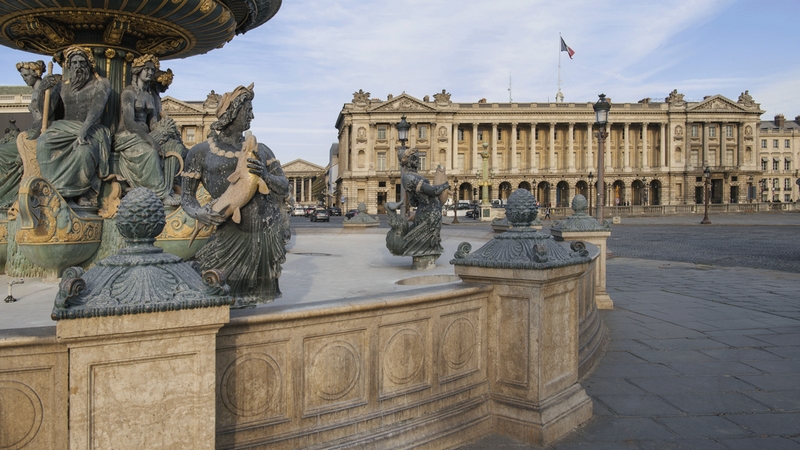 The Hôtel de la Marine is a historic building on Place de la Concorde in Paris, to the east of rue Royale. It was built
between 1757 and 1774 on what was then known as place Louis XV, with a façade by Ange-Jacques Gabriel, First
Architect to the King and designer of the square.

Following a major campaign to restore and redevelop the Hotel de la Marine that began in 2017, France’s Centre des
Monuments Nationaux will be giving the public extensive access to the heritage areas of the edifice when the current
health context allows it.

Standing on Place de la Concorde, between the Champs-Élysées and the Tuileries, the Hotel de la Marine is a
magnificent architectural complex that was built in the 18th century by Ange-Jacques Gabriel, chief architect of King Louis XV. Until 1789, it housed the Garde-Meuble de la Couronne, the entity that would manage royal furniture, before becoming the French navy’s headquarters, which it remained for over 200 years up to 2015.

In 2021, a new chapter is starting in two phases for this emblematic site of the French capital. It will be a place of
discovery, wandering, fine cuisine and art, made accessible to all via innovative explanatory devices. The apartments developed by the Intendant du Garde-Meuble in the 18th century and the stately reception rooms of the 19th century will be open for visits.

“Up to now, the Hôtel de la Marine has barely been open to the public beyond European Heritage Days, so visitors are going to completely rediscover the building, especially the Intendant’s apartments. This project has been outstanding because of the firm aim we set in restoring these apartments – to reveal the original paintings – and because of the work carried out on old fabrics and the high concentration of 18th-century furniture. ” – Delphine Christophe, director of monument conservation and collections at the Centre des monument nationaux and head of the Hôtel de la Marine restoration project.

The welcome area will be in the Intendant’s courtyard, from where visitors will be able to follow the various circuits put forward. Throughout their discovery of the monument, visitors will be accompanied by the Confidant, an innovative, immersive system whereby a connected headset interacts with explanatory devices in the different rooms. So visitors are invited to embark on an all-round trip through time and the senses in a grand palace from the Age of Enlightenment featuring sumptuous decor from the 18th and 19th centuries and showcasing precious furniture and objects. An all-age gift and book shop concerning the monument’s history will also be open to everyone, free of charge for entry. And the visit will be accessible to people with reduced mobility too, the explanatory devices being specially adapted for them.

In June 2021 and if the current health context allows it, two eating areas will complete the heritage visit as part of a franchise agreement with Moma Group, offering a space that is truly alive. On the north side of the main courtyard, there will be a restaurant with a menu concocted by leading chef Jean-François Piège and a design by the agency Dorothée Delaye. The Café Lapérouse – decorated by Cordelia de Castellane – can be reached all day from under the arches of Place de la Concorde and the main courtyard. It will offer a sweet and savoury menu, a wine cellar and a chocolate and ice cream counter. 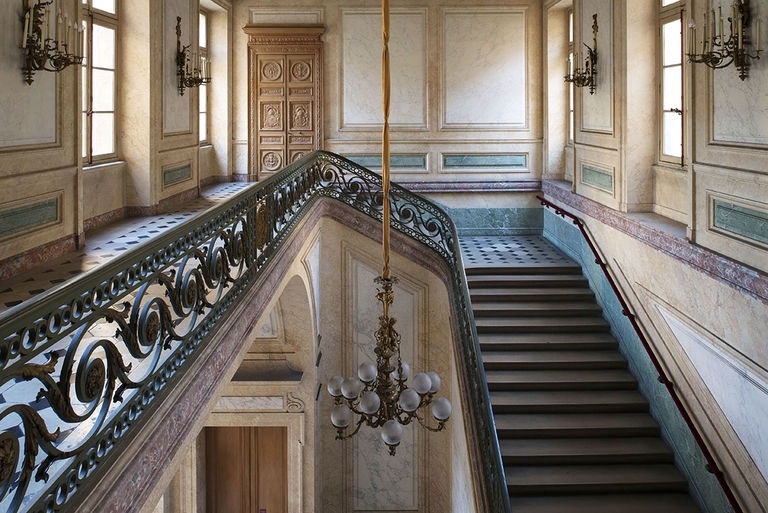 The main courtyard, the Intendant’s courtyard with its transparent glass roof designed by the architect Hugh Dutton, and the souvenir and book shop will be open freely all year round from Rue Royale or Place de la Concorde, allowing a new pedestrian traffic in this district of Paris. The Hotel de la Marine will therefore be much more open to its urban surroundings.

“Throughout the project, we have stated our intention to make this palace an inhabited building: it is not a museum but a monument. Our aim is to truly show visitors what 18th-century life was like in apartments promoting excellence in 18th- century decorative arts.

These spaces are also highly unusual and unique. To furnish their apartments, the two Intendants of the Garde-Meuble de la Couronne helped themselves greatly to the royal collections, which they were in charge of. The place is neither the king’s residence nor the backdrop of the era’s leading noblemen.” – added Delphine Christophe. 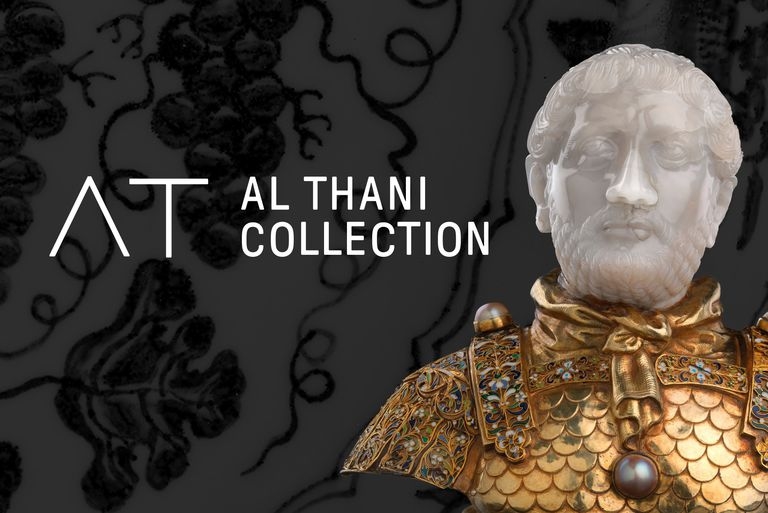 Among the most prestigious private collections in the world, The Al Thani Collection includes an exceptional array of artworks spanning the ancient world to the present day. Encyclopaedic in its approach, and representing a diverse range of cultures and civilisations, the Collection celebrates creativity and the universal power of art through the ages.

The inaugural exhibition will showcase a rich diversity of artworks representing numerous civilisations and spanning more than 5,000 years. Celebrating the unifying force of art across cultures, highlights range from an Egyptian head of a royal figure carved from red jasper (1475-1292 BC) and a Chinese gilt-bronze sculpture of a seated bear (Han Dynasty, 206 BC-AD 25) to a Maya mask pendant (200-600 AD) and the jade wine cup of the Mughal Emperor Jahangir (1569 – 1627). 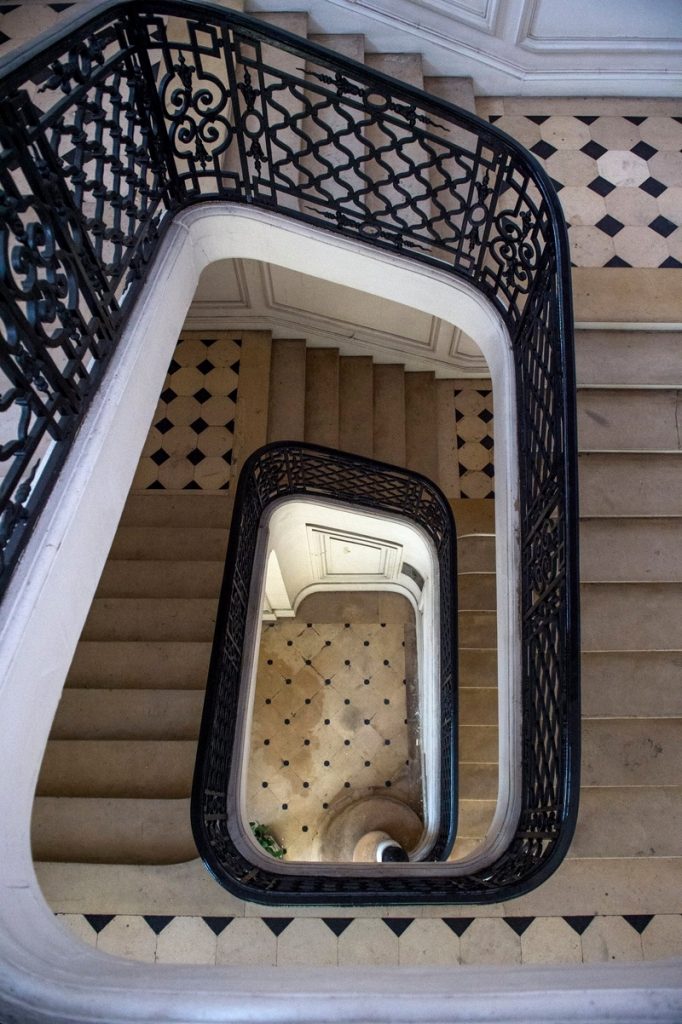 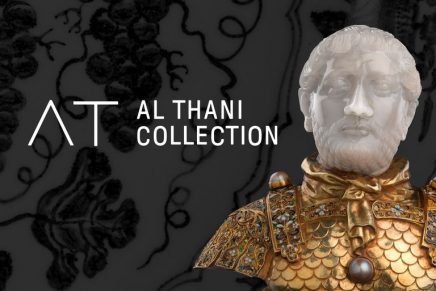 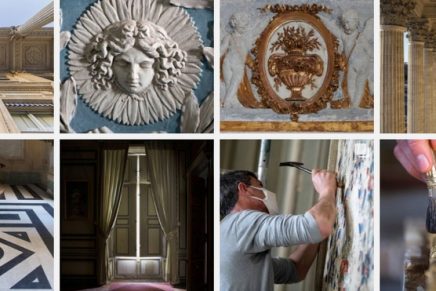 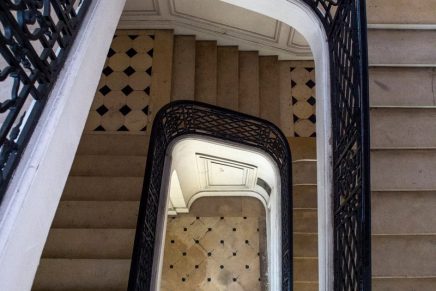 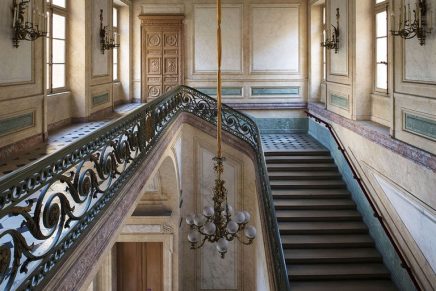 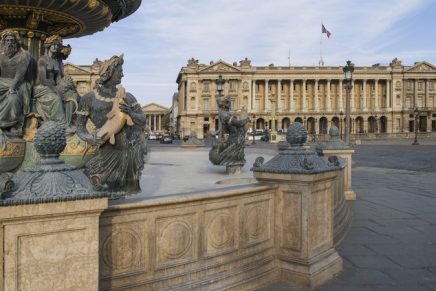