Real Madrid remains the most valuable football club brand in the world for 2020, according to the latest edition of the Brand Finance Football Annual. Boosted by winning the LaLiga title for the first time since 2017, the club retained its position at the top of the table in the football industry, but against a backdrop of economic and social disruption, caused primarily by the COVID-19 pandemic, Real Madrid’s brand value has declined by 14% to €1,419 million.

Real Madrid’s disappointing on-pitch performance prior to 2019-20, which saw an earlier-than-normal exit from the UEFA Champions League in 2018-19 and a second successive season adrift of LaLiga champions Barcelona, eroded football club’s dominance of the Brand Finance ranking. The situation was exacerbated by COVID-19, along with a lack of stability around the management of the team. Barcelona, Real’s fierce rivals, are just €6 million behind Real with a brand value of €1,413 million, supported by strong and diverse revenue generation and continued domestic performance in Spain.

Real Madrid is not the only club to see a drop in brand value this year. COVID-19 has caused the total value of the top 50 football brands to decrease for the first time in 6 years. Through its effect on the three main revenue streams – Matchday, Broadcasting, and Commercial – €751 million or 3.7% has been knocked off the cumulative brand value of the world’s top 50 most valuable football clubs.

The COVID-19 pandemic has challenged professional football worldwide and across all levels. Matchday income for the 501 games remaining in the big 5 leagues dropped to zero, but it is often the smaller clubs and leagues which are more reliant on this revenue stream – in Scotland it makes up 43% of total revenue, compared to only 13% in England.

There have been some positive signs, as Southampton vs Manchester City on BBC broke the Premier League TV audience record with 5.7 million viewers, but the longer-term damage to the game’s economic structure has yet to be revealed.

See the preview of the Brand Finance Football Annual 2020 here.

“Top-level football has been confronted with the largest existential threat since the Second World War,” commented Richard Haigh, Managing Director of Brand Finance. “Loss of income, coupled with health concerns about mass gatherings, have raised question marks about the future of the football industry and the financial resilience of clubs across all levels. The full damage of the COVID-19 crisis has yet to unfold and it is not inconceivable there will be casualties in the form of club bankruptcies and changes in ownership.”

Real Madrid and Barcelona are followed by a cluster of English Premier League clubs in the Brand Finance Football Annual 2020 ranking, with Manchester United in 3rd position after their brand value fell by 11% to €1,314 million. Liverpool, who won their first league title since 1990 in runaway style, are in 4th spot jumping above Manchester City in terms of brand value, rising from €1,191 million in 2019 to €1,262 million, a 6% increase. Chelsea dropped one place in the table to 8th after their value fell for the fourth consecutive year to €949 million. This was arguably due to the club being absent from the UEFA Champions League and also suffering a transfer ban after being charged with breaking Financial Fair Play Regulations.

Healthy attendances and high levels of broadcasting revenue earlier in the season had a positive effect on other Premier League clubs. Leicester City’s brand value is up by 44% to €333 million, while Chinese-owned Wolverhampton Wanderers, with their biggest crowds in 50 years are 30% higher at €242 million.

Bayern Munich, who remain Germany’s footballing powerhouse, are the 6th most valuable club. Bayern, one of the most proficient clubs in the world at generating commercial income, now has a brand value of €1,056 million, 20% lower than a year ago.

The Bundesliga, Ligue 1, and Serie A do not have the same level of global reach of the Premier League and LaLiga, as confirmed in Brand Finance research among football fans in the US and China, two fast-emerging nations in the sport. While the Premier League and LaLiga are watched in both countries, the Bundesliga has a growing following in China, but is substantially behind both English and Spanish football. Serie A and Ligue 1 have a lot of ground to make up in building their global franchises.

Unsurprisingly, the top five leagues dominate the brand rankings with only four clubs in the top 50 from a league other than England, France, Germany, Italy, and Spain. The highest-placed club from outside that group is the Netherlands’ Ajax (27th), followed by Portugal’s Benfica (46th), Celtic of Scotland (48th), and Russia’s Zenit St. Petersburg (49th). 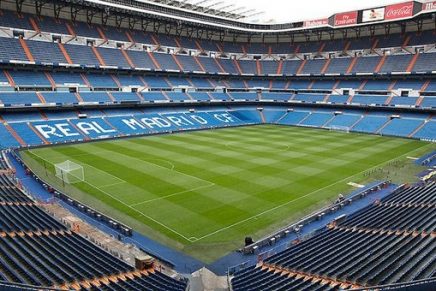 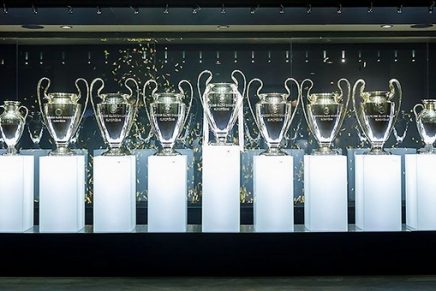