A trio of Beautiful Battista Hypercars Set to Triumph in Geneva. 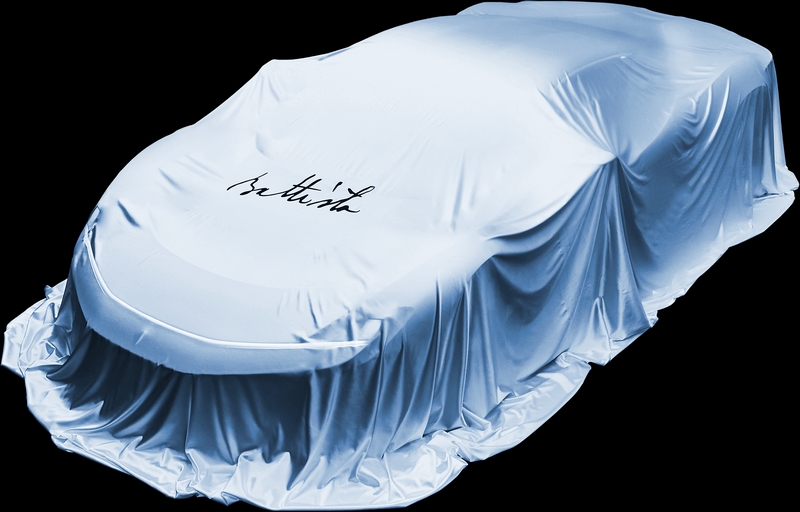 Battista ‘Pinin’ Farina had always dreamt of having an exclusive range of Pininfarina-branded cars. On March 4th, that dream became a reality. Automobili Pininfarina unveiled to the world the first ever Pininfarina pure-electric hypercar, but also the most powerful Italian performance car in history: the Battista. 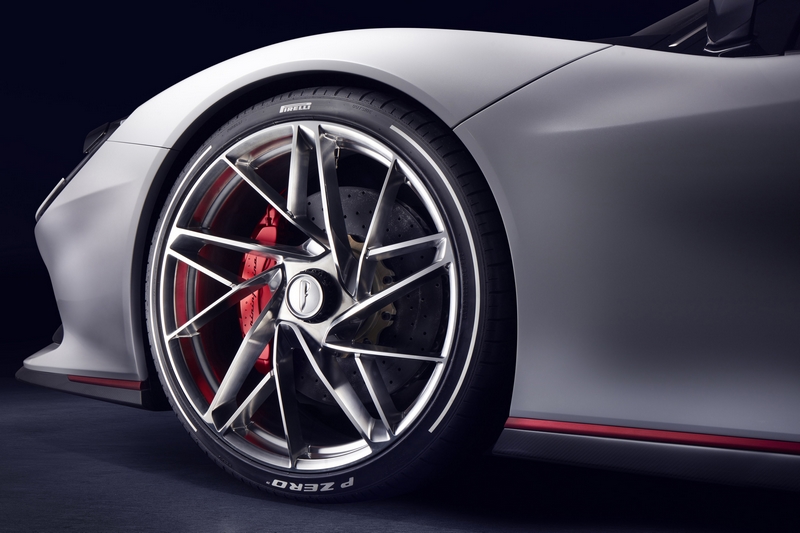 Visitors to this year’s Geneva show will see Automobili Pininfarina present examples of the ground-breaking Battista hypercar on its stand.

Further exciting personnel announcements will be made on the night including the arrival of one of the most highly respected engineers responsible for the development of a Formula 1-inspired hypercar from a world-class luxury car brand. His name will be revealed alongside the three Battistas, which will be presented on the night by an exciting line-up of leaders and senior management at Automobili Pininfarina, Mahindra and Pininfarina SpA. Each of the new Automobili Pininfarina pure-electric masterpieces will be presented fitted with a bespoke Pirelli P Zero tyre mounted on a 21-inch rim in an exclusive new design specific to the Battista show cars.

The three Battistas clearly present Automobili Pininfarina’s solutions for ultra-high performance and beautiful style. Each car’s exterior design shows how to elegantly integrate active and passive aerodynamics and performance functionality. The car is accessible for every driver’s experience and skill. The layout of controls is completely focused on maximizing drivability at 30 km/h or 300 km/h.
Battista I: Grigio Luserna Battista
A Grigio Luserna Battista car model features anodized aluminium detailing and accents in satin Blu Iconica on its dramatic satin grey body. With its unique, strong wheel design and a duo-tone black and tan interior, this specification presents a strong, well-defined and dynamic expression of Battista that still remains elegant.
Battista II: Iconica by Automobili Pininfarina – the electric performance in a luxurious package

The second Battista presents the Battista design pack, Iconica by Automobili Pininfarina. This Blu Iconica car represents the closest of the three cars to the traditional Pininfarina brand colour with an interpretation of Pininfarina blue. More electric in tone than Pininfarina’s traditional blue, reflecting the technological innovation within, multiple layers of paint make it a deep blue representing the ambition to deliver electric performance in a luxurious package. Aesthetically the car is more dramatic with bonnet and wing-mirror modifications that visually link the bonnet to the windscreen via carbon fibre blades. The front wing above the front LED light strip is visually divided into two, reflecting the car’s rear wing graphic and unifying the overall design.

“We wanted Battista to be very Italian, with sensual curves to give back a feeling of the cars of the ’60s and the moment in time when sensual design in cars was to the fore and when Pininfarina really became iconic,” explained Automobili Pininfarina’s Design Director, Luca Borgogno. “The body form speaks this Italian language, with the details developed in
collaboration with each car’s owner adding the accents and personality.” 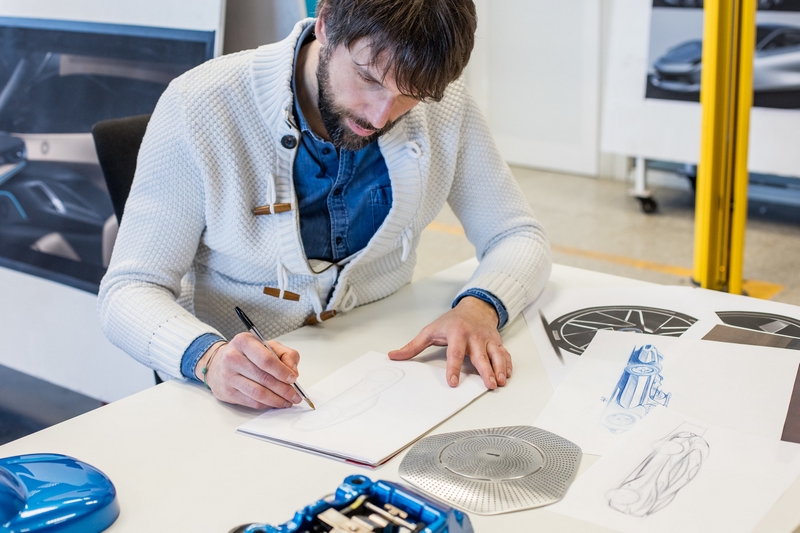 Also in Hall 1 is Pininfarina SpA, on Stand 1241, where a third Battista design model will be displayed. The Pininfarina SpA team will be promoting its own specialist design services to prospective corporate clients throughout the show.

Finished in Bianco Sestriere, a pure pearlescent white, small colour details hark back to historic Pininfarina cars such as the legendary Ferrari Modulo concept, a classic example of how the Italian Carrozzeria produces understated, elegant and visually striking cars. One such design detail adds a red aluminium line along the flanks between the rocker and door, immediately ahead of the front wheel and running along the back from the rear wheels. Red calipers and a dark chrome line over the window are the limits of decoration making this Battista the most purely representative of Pininfarina’s styling excellence. 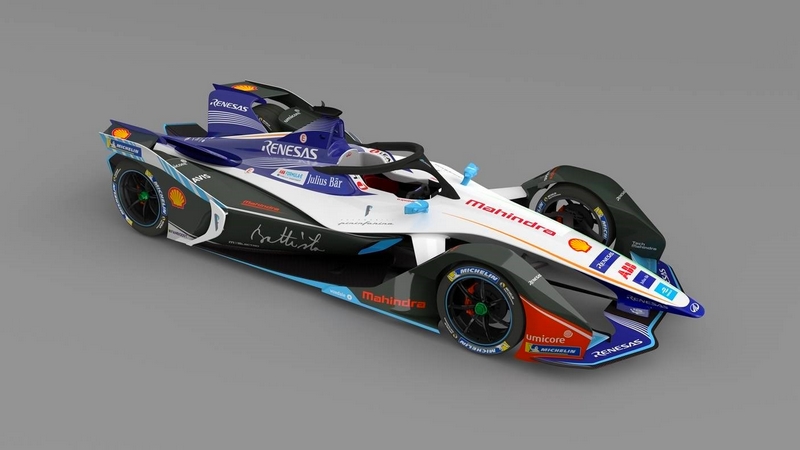 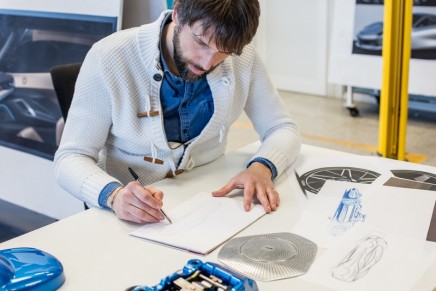 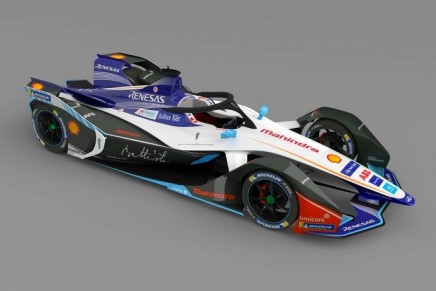 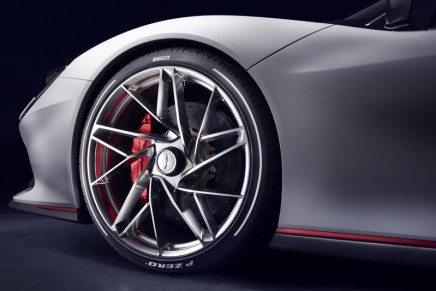 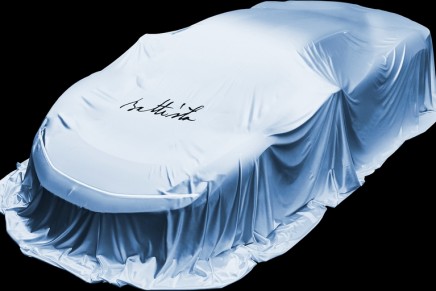