The impressive credentials in the field of sailing brought Officine Panerai a new partnership with Luna Rossa. Panerai is the official sponsor of Luna Rossa, the challenger of record of the 36th Edition of the America’s Cup. 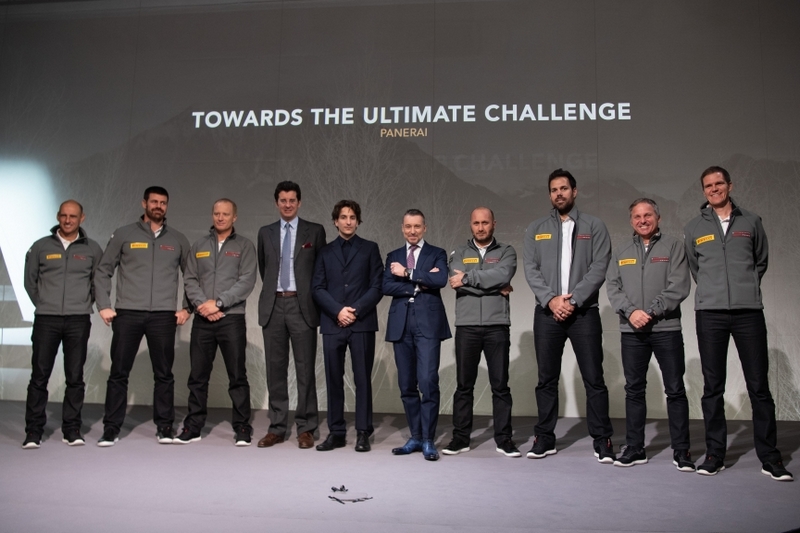 Luxury Italian watch manufacturer, Panerai is creating a series of watches directly inspired by the technologies and materials used in the America’s Cup, which is the oldest sports competition in the modern world, but also one of the more advanced in terms of research and innovation. 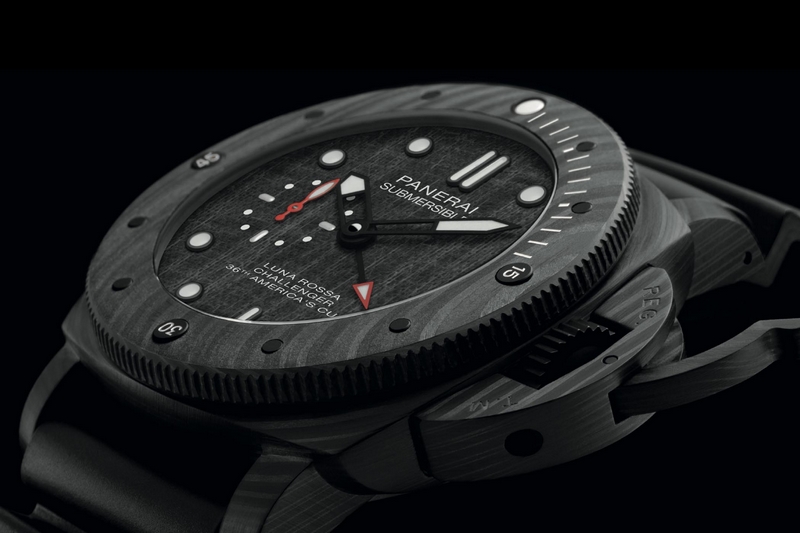 A few months ago, Luna Rossa was the first to challenge the defender New Zealand for the right to compete in the 36th edition of the America’s Cup.

The new Panerai Luna Rossa watches will be worn by the members of the Luna Rossa Sailing Team headed by Massimiliano “Max” Sirena – who has already won the America’s Cup twice – and by many sailing enthusiasts who are eagerly awaiting the America’s Cup World Series, the preliminary races which will precede the final in New Zealand in 2021. The first stage of the ACWS will take place in 2019 in Cagliari, Sardinia (America’s Cup World Series Sardegna – October 2019), where the Luna Rossa team has its headquarters. The new monohull on which the members of this team will be competing is the AC75 and this will be the first opportunity to see this yacht in competition.

According to Sail-World, the Prada Cup will commence in January 2021 in Auckland and see the Challenger teams race in a round robin format to determine which Challenger will line up against the Defender, Emirates Team New Zealand, in the quest for the oldest trophy in sport, the America’s Cup from March 6-21, 2021. 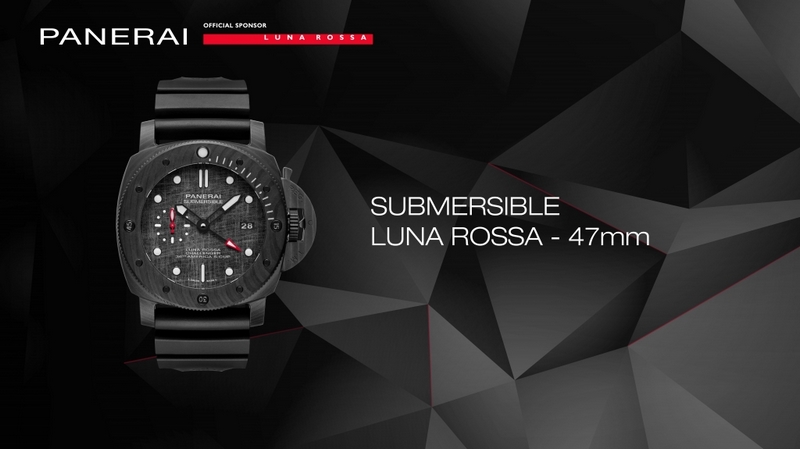 The first watch inspired by the partnership between Panerai and the Challenger of Record of the 36th America’s Cup is the Submersible Luna Rossa, a diving watch water-resistant to a depth of 300 metres (30 bar) with a case made of carbotech, the innovative material based on carbon fibre introduced into the world of high quality watchmaking by Panerai.
With its qualities of lightness, resistance to external shocks and freedom from corrosion, carbon fibre material is also used to make the AC75 monohull, a picture of which is engraved on the titanium back of the watch, together with the Luna Rossa logo and the America’s Cup profile.

The striated matt black appearance of the case (47 mm) arises from the particular arrangement of the carbon fibres and it gives every watch a sports look, high tech and very distinctive. Enhancing the strong personality of this watch are the unidirectional rotating bezel for calculating the duration of a dive, also made of carbotech, and the dial, whose special texture conceals a fascinating secret: pieces of the sails of the Luna Rossa have been applied to it. The indications on the dial are clearly visible in all situations – including underwater – and several details stand out with their red colour: the small seconds hand at 9 o’clock and the central hand indicating the second time zone which, when set up, will enable the start time of the races of the 36th America’s Cup to be followed even if they are taking place on the other side of the world.

The new Submersible Luna Rossa is fitted with the P.9010/GMT Manufacture movement, which is automatic with a bidirectional oscillating weight and two spring barrels, giving a power reserve of three days. As well as displaying the duration of a dive, the watch has a second-time zone, a date window at 3 o’clock and a small seconds dial at 9 o’clock. It is
supplied with a light, strong and waterproof black rubber strap, with a brushed titanium buckle. 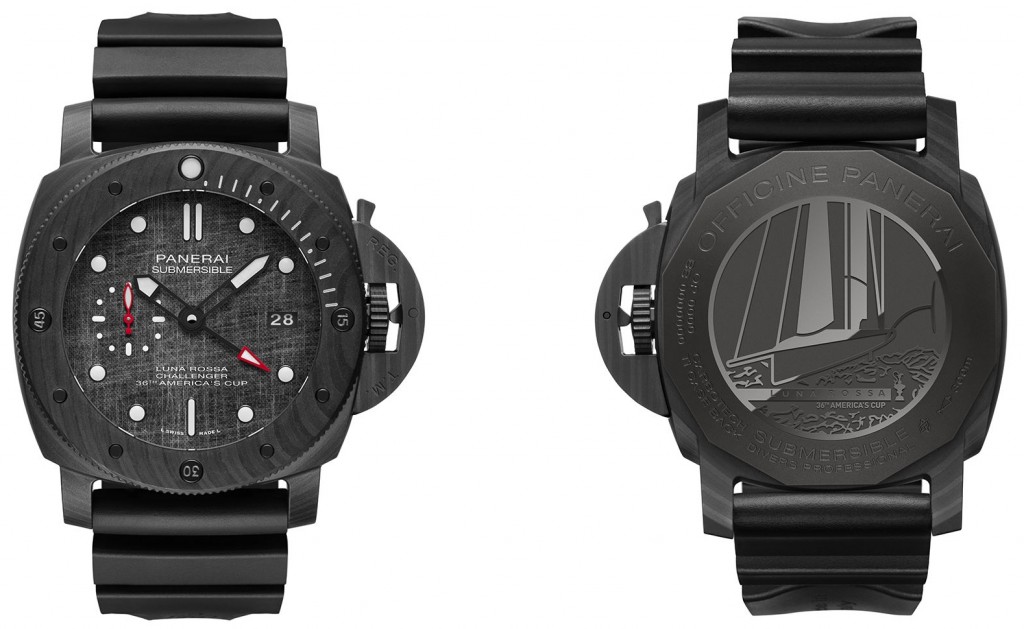