Watch exports reached a very high level in 2011, creating a new landmark in their remarkable growth over recent years. 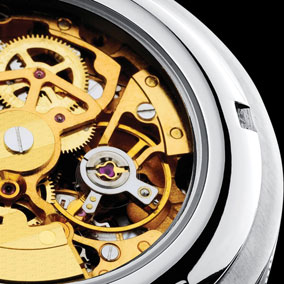 With exports of nearly 19.3 billion francs, Swiss watchmakers exceeded their previous annual result by 19.2%. Except for 2010, which followed a major downturn, growth in the last 20 years has never been so strong.
The trend remained very pronounced throughout the year, with each month showing two-digit rises except for June, which nonetheless posted a 9.2% increase. While the steepest increases (above 30%) were apparent in April and May, the fourth quarter was the most favourable period since it contained the three biggest months in the history of Swiss watch exports.

Markets
During the year 2011, the fifteen main markets showed the following trend (total value in million francs and % variation by comparison with 2010):