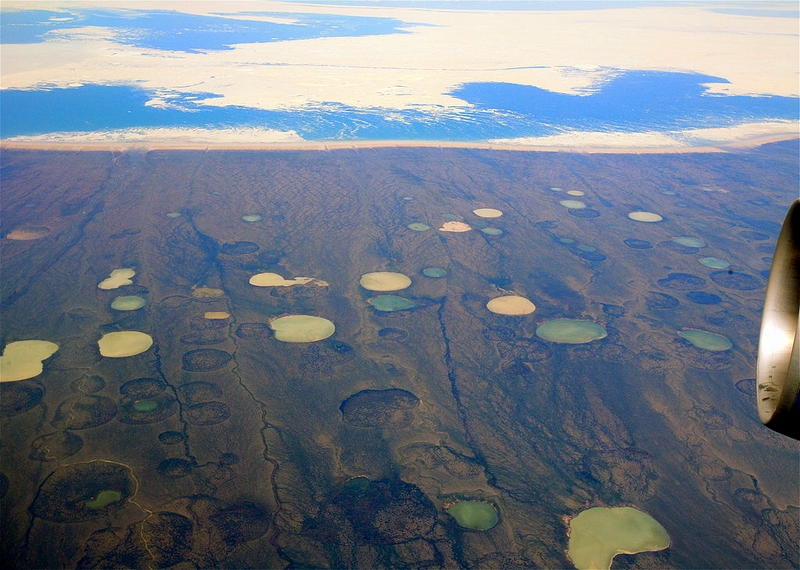 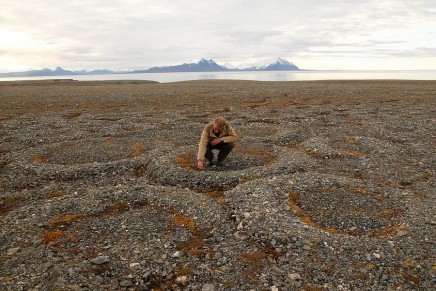 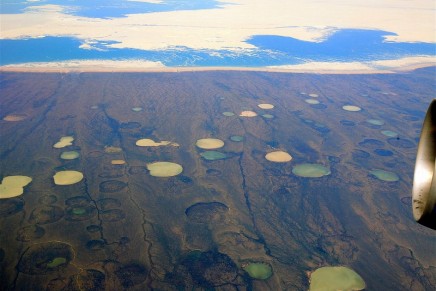 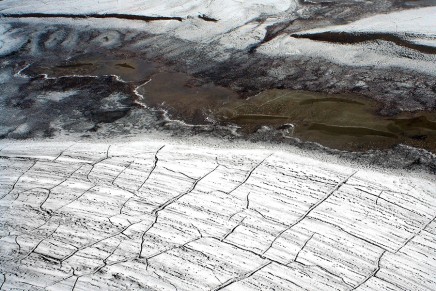 This article titled “Permafrost ‘carbon bomb’ may be more of a slow burn, say scientists” was written by Karl Mathiesen, for theguardian.com on Thursday 9th April 2015 15.48 UTC

The ‘carbon bomb’ stored in the thawing Arctic permafrost may be released in a slow leak as global warming takes hold, rather than an eruption, according to new research.

Scientists at the US Geological Survey (USGS) found previous predictions of a catastrophic release of carbon dioxide and methane into the atmosphere as permafrost thaws may have been overstated.

But the impact on the climate of future permafrost emissions remained significant. More than 1,000bn tonnes of carbon are stored in the soils beneath the Arctic tundra, double humanity’s emissions since the industrial revolution.

“The data from our team’s syntheses don’t support the permafrost carbon bomb view,” said A David McGuire, a senior scientist at the USGS, which conducted a review of the current science on permafrost thawing.

“What our syntheses do show is that permafrost carbon is likely to be released in a gradual and prolonged manner, and that the rate of release through 2100 is likely to be of the same order as the current rate of tropical deforestation in terms of its effects on the carbon cycle.”

Driven by manmade climate change, the air temperature in the Arctic has risen twice as fast as the rest of the world. It has gone up 0.6C in the past three decades alone, leading to a pronounced warming underground. Average temperatures in the permafrost have increased by 5.5C since the 1980s.

In some places this has pushed the temperature above freezing, meaning soils that may have been frozen for thousands of years begin to decompose and release their carbon. Scientists are worried about the potential for a ‘climate feedback loop’ being created, whereby warming generates emissions which generate more warming and so on.

“The melting of glaciers is a consequence of climate change,” said Dr Steve Gurney, a geomorphologist at Reading University. “But thawing permafrost is a cause not a consequence. The pool of carbon in permafrost is absolutely massive and the more we look at it, the bigger we find it is.”

McGuire’s study found that increasing global temperatures would cause “a gradual and prolonged release of greenhouse gas emissions” from the permafrost.

But another report released in the journal Nature on Monday found that in some soil types and regions the effects of climate change could be accelerated by the heat generated in the decomposition of thawed matter.

The Danish study looked at several sites in Greenland and measured the amount of warming in the soil generated by microbial metabolism – the process that causes compost to generate its own heat. The amount of heat produced at sites with a lot of organic material in the soil, such as peat bogs, was 10 to 130 times higher than sites with more mineral soils.

Gurney said this effect would be limited to regions further from the poles where the permafrost was warmer – allowing microbes to survive. He said it was in these areas that the extra warming from microbes could cause something approaching the carbon bomb effect. But the carbon contained in these regions was only a part of the total carbon stored in the permafrost.

“We are talking about a fraction, but not a tiny fraction. It is a considerable amount of carbon,” he said. “In Canada and the Yukon it might be around 20%.”