An extremely distinguished brute in a suit.

The Aston Martin DBS Superleggera is set to become the newest James Bond-inspired car, thanks to the most recent collaboration between Aston Martin and EON Productions, the company that produces the James Bond films with Metro Goldwyn Mayer Studios. 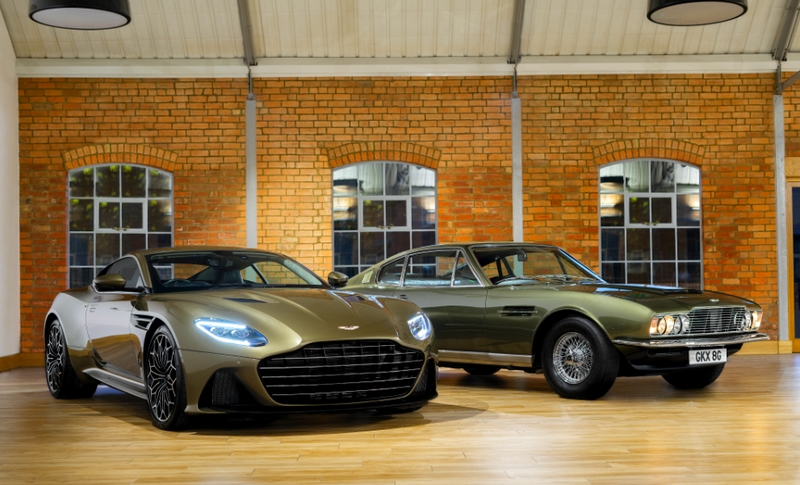 To celebrate the 50th anniversary of James Bond film, On Her Majesty’s Secret Service, 50 On Her Majesty’s Secret Service DBS Superleggera special edition cars will be sold. Painted Olive Green to match the original 1969 Aston Martin DBS driven by James Bond in the movie, the new models will take the menacing road presence of the DBS Superleggera to a new level of brutish elegance.

It is 50 years since filming began for the sixth James Bond film, which told the story of Bond villain ‘Blofeld’ and his ongoing attempts to hold the world to ransom. The 1969 Aston Martin DBS provided James Bond with the perfect car for a man tasked with saving the world.

“Aston Martin is synonymous with James Bond and the DBS from On Her Majesty’s Secret Service has provided great inspiration to the team tasked with creating this very special edition. This new DBS Superleggera will be an extremely distinguished ‘brute in a suit’, designed to capture the essence of the iconic DBS from the 1969 film but with a 5.2 litre twin-turbo V12, 715bhp engine!” said Andy Palmer, Aston Martin Lagonda President and Group Chief Executive Officer. 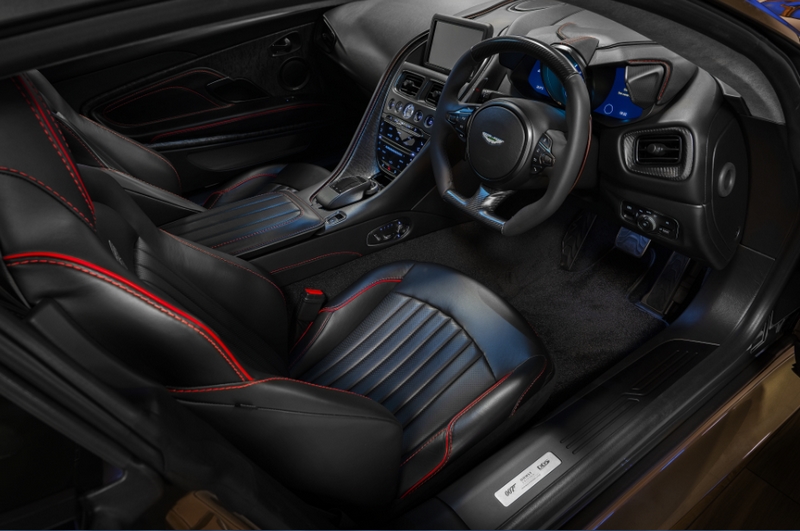 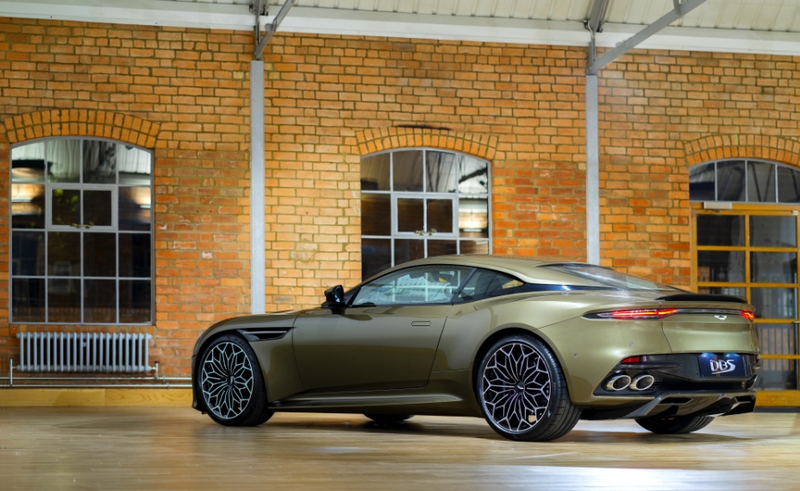 The 5.2-litre twin-turbo V12 engine is set low and as far back in the chassis as possible to optimise the centre-of-gravity and weight distribution, this high-performance engine develops 725PS at 6500rpm and 900Nm from 1800-5000rpm. Detailed tuning of the V12 together with an exhaust strategy with active valves and quad tail pipes ensures DBS Superleggera has a commanding and powerful sound character.

The special edition DBS Superleggera boasts carbon fibre, splitter, aero blade, and unique diamond turned and forged wheels. A bespoke metal grille featuring six bright horizontal vanes, adorns the front of the limited-edition car to replicate the distinctive feature of the DBS featured in On Her Majesty’s Secret Service. The exterior paint surface is enhanced with body coloured cantrails and roof. Bearing commemorative side strakes and unique touches throughout, the car is every inch ‘007’. 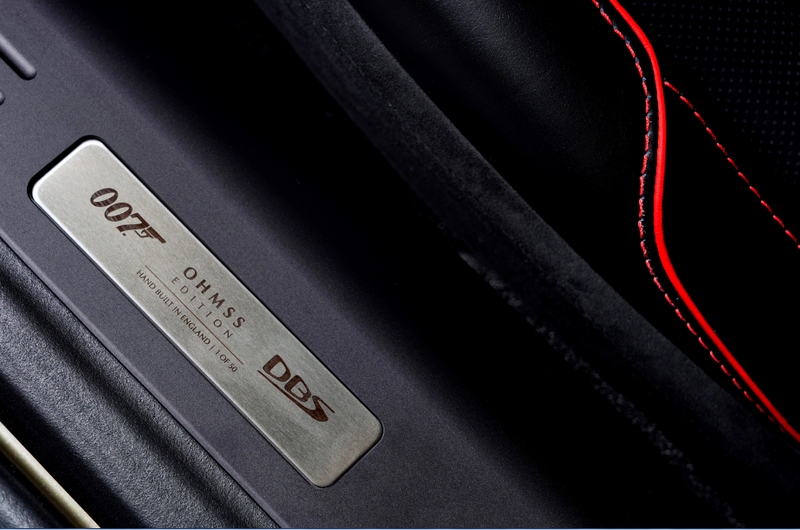 On the inside, the DBS Superleggera is trimmed in pure black leather, accented by grey blend Alcantara, as in the original 1969 DBS. The cockpit is accented in red, inspired by the red-trimmed glovebox in the original car, which held 007’s telescopic-sight rifle.

The 50 owners of this James Bond Special Edition will have the option to select a bespoke designed drinks case* which fits perfectly into the boot space. In keeping with the theme, this accessory is the perfect complement to the exhibition worthy ‘Super GT’. The black drinks case opens via the bright metal clasp to reveal the matching red felt-lined interior, with space for two bottles of champagne and four champagne flutes. 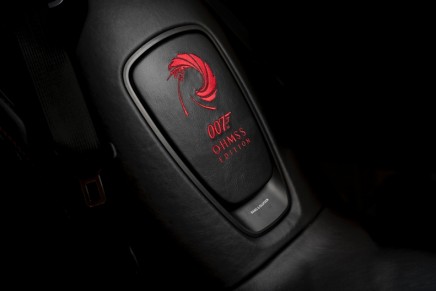 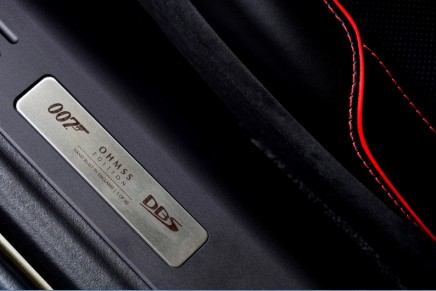 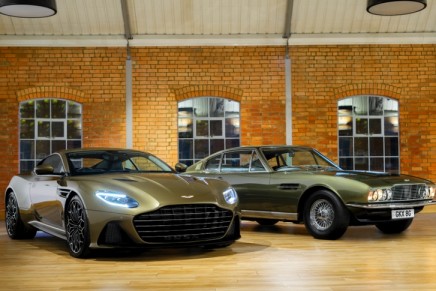 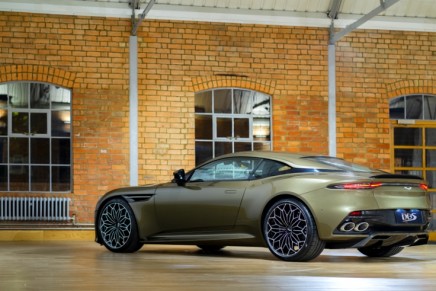 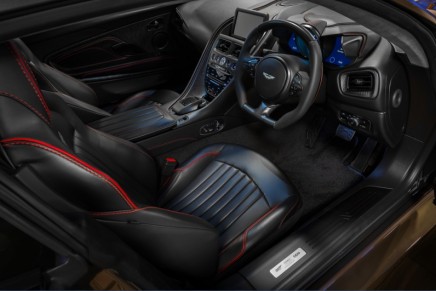 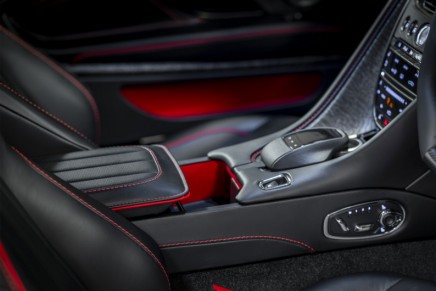 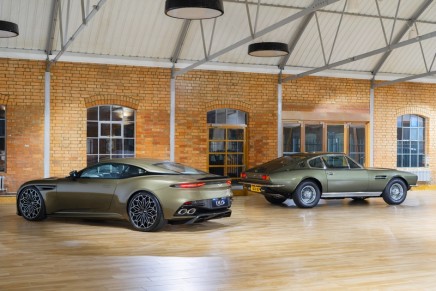 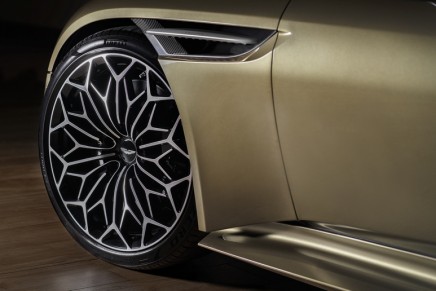