High-end car makers are pushing ahead with redefining the concept of modern luxury. 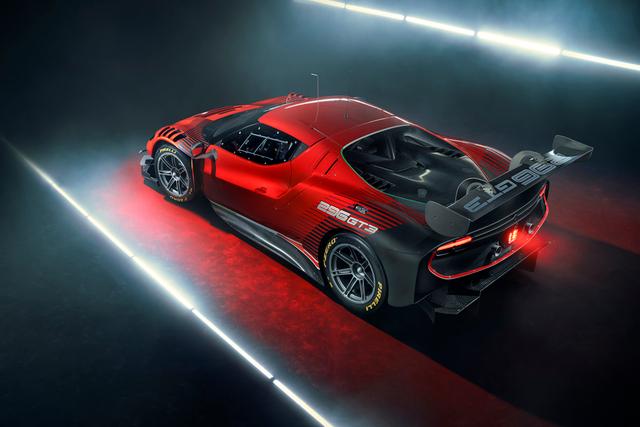 The Ferrari 296 GT3 represents the future of the Prancing Horse in GT racing, a sector that has always seen the closest relationship with customers and the greatest transfer of technology and innovative solutions to production cars. The 296 GT3 grew out of the 296 GTB, the latest evolution of the Maranello company’s two-seater mid-rear-engined sports berlinetta concept.

The Ferrari 296 GT3 is an innovative project, on and off the track, that the Prancing Horse manufacturer decided to develop to continue a winning tradition dating back to 1949 when the 166 MM triumphed in the 24 Hours of Le Mans. This is a new approach in terms of design, car management at all stages of a race weekend, electronics, and even the engine architecture, a 120° turbocharged 6-cylinder. A new concept built to meet the needs of teams, professional drivers and gentlemen drivers, on whom Ferrari has always focused. This car has been meticulously designed in every detail and from every angle, in compliance with the new GT3 regulations. 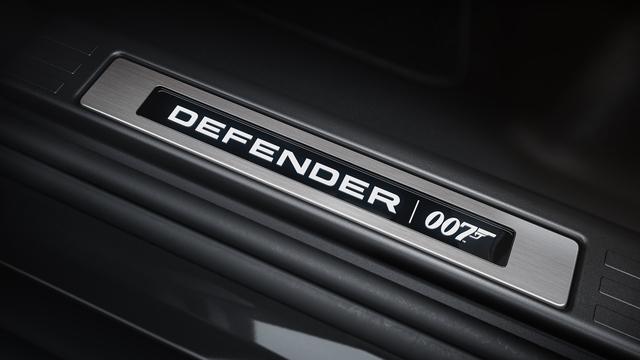 Stunt Defender 110 with VIN 007, as seen in the film’s action scenes, to be auctioned to support British Red Cross; @007 CHARITY AUCTION AT CHRISTIE’S 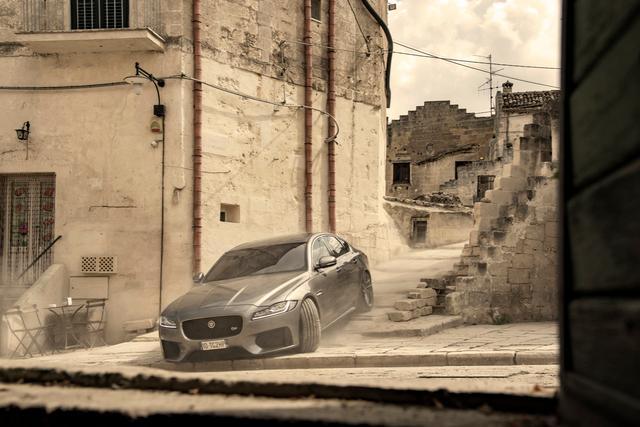 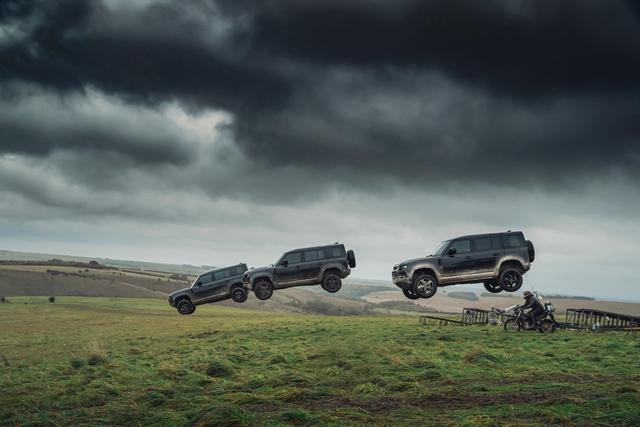 Defender, Range Rover and Jaguar stunt cars from No Time To Die are among lots being auctioned to mark 60 years of James Bond films. @007 CHARITY AUCTION AT CHRISTIE’S

BID FOR BOND: NO TIME TO DIE DEFENDERS, RANGE ROVER AND JAGUAR IN 007 CHARITY AUCTION AT CHRISTIE’S

Two Defenders and a Range Rover Sport SVR will be offered, led by a Defender 110 (estimate: £300,000-£500,000) famed for its all-terrain stunt scenes in No Time To Die. Its sale will benefit the British Red Cross. The auction lot has the unique VIN (vehicle identification number) 007. One of 10 Defenders used during filming, it was also used in promotional activity ahead of the film’s release.

A Defender 110 V8 Bond Edition, created by SV Bespoke and inspired by the specification of the Defenders in No Time To Die, also goes under the hammer (estimate: £200,000-£300,000). Just 300 Bond Editions were available worldwide and this version has a unique ‘60 Years of Bond’ logo etched on the instrument panel end cap. This vehicle is UK specification, is fully road legal and will be sold to benefit conservation charity Tusk.

The Range Rover Sport SVR stunt car (estimate: £80,000-£120,000) also starred in a high-speed all-terrain No Time To Die chase and was one of six supplied for filming.

Chosen by the No Time To Die stunt team as a perfect chase car, a Jaguar XF (estimate: £50,000 – £70,000) is one of two that appeared in the film’s pre-credit sequence. They pursued James Bond (Daniel Craig) and Madeleine Swann (Léa Seydoux) through the narrow, twisting streets of Matera in southern Italy.

The official two-part charity sale, Sixty Years of James Bond, features 60 lots in total. The online sale will be open for bidding from 15 September until James Bond Day on 5 October presenting 35 lots spanning the twenty-five films with posters, props, costumes, memorabilia and experiences. The Defender, Range Rover and Jaguar stunt cars are among the 25 lots at the live auction to be held by Christie’s and EON Productions in London on 28 September by invitation only. Fans and collectors worldwide will be able to bid online using Christie’s LiveTM. 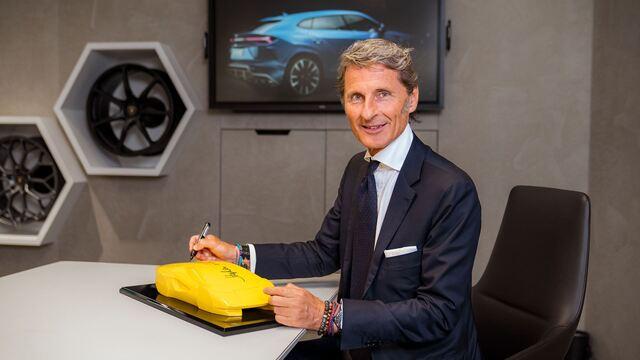 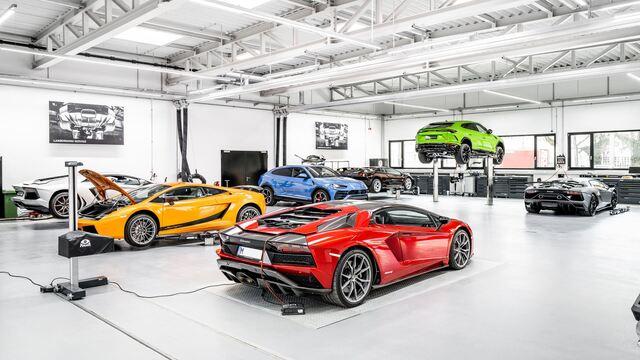 Automobili Lamborghini has officially opened its new showroom in Munich.

The celebratory event was attended by Stephan Winkelmann, Chairman and CEO of the luxury automotive brand, and Managing Director MAHAG Sportwagen Martin Lohmann. Together they presented Lamborghini’s new design aesthetic and entire model range – including the newly-launched Huracán Tecnica – to a hand-picked group of VIP guests.

The new 474 square metre location is located at Leonrodstrasse 44, 80636 Munich, (Germany) and the new brand experience has been designed with a high degree of customisation in mind. In the premises, prospective customers can get to know the product range or create their customised configuration in a reserved Ad Personam area: as part of the personalisation programme, owners have almost unlimited paint options as well as leather, special stitching, carbon fibre elements and many other exclusive options for their new vehicle. The showroom, equipped with the brand’s latest technologies, offers vehicle enthusiasts an exclusive all-round experience, while Lamborghini-trained experts guide customers through a wide selection of new and pre-owned Lamborghini models.

In addition to Munich, Automobili Lamborghini is currently represented in the strategically most important regions of Germany with a network of 10 authorised dealers in Berlin, Düsseldorf, Frankfurt, Hamburg, Cologne, Leipzig, Nuremberg, Stuttgart and Singen. Lamborghini currently has 74 dealerships in the EMEA region and 174 worldwide. 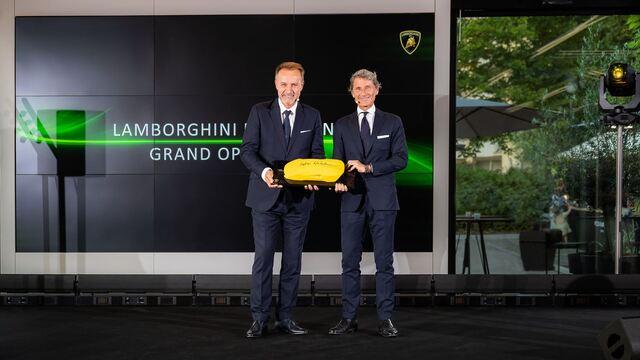 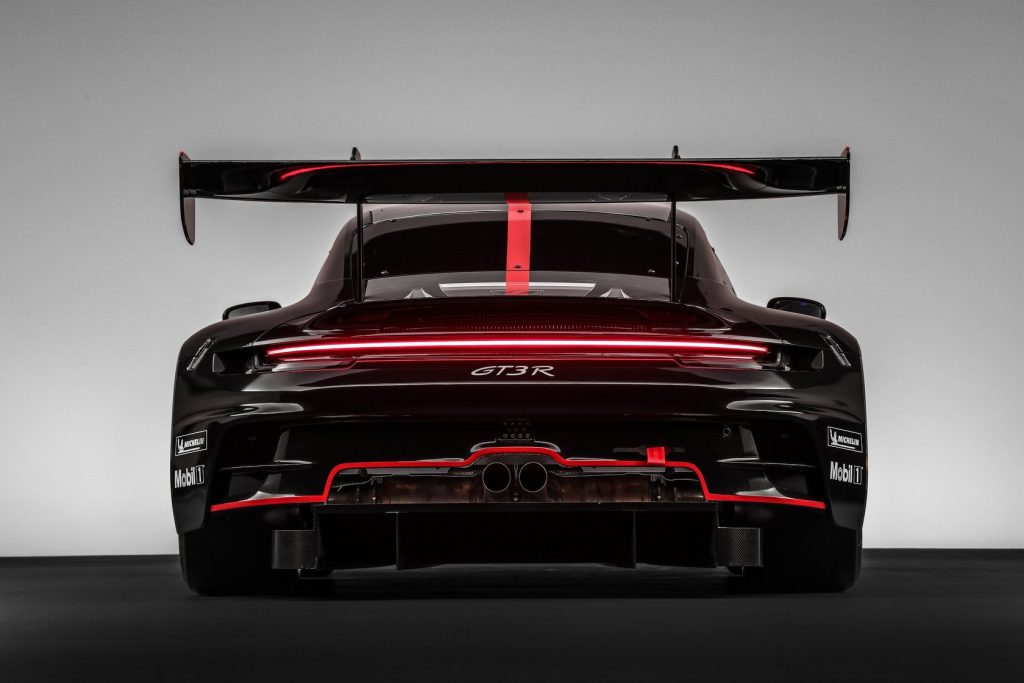 Porsche reports strong increase in the first half of 2022 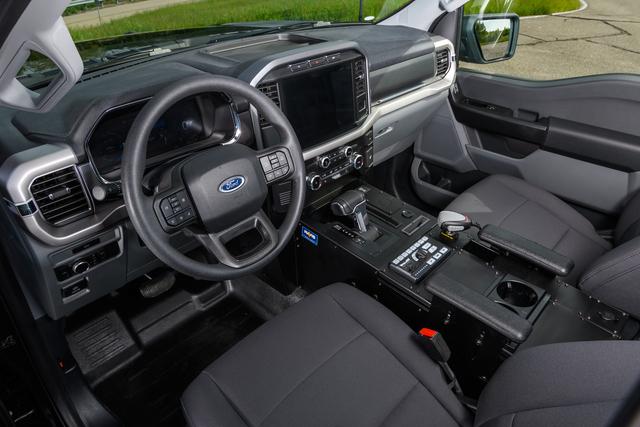 Ford has been providing police departments with the vehicles they need to protect and serve communities for more than 70 years. Currently, Ford Pro customers include more than 12,000 police departments across the country and its police vehicle lineup outsells all other police vehicles combined. The company attributes this success and customer loyalty to the automaker’s close collaboration with its customers, specifically the Ford Police Advisory Board. 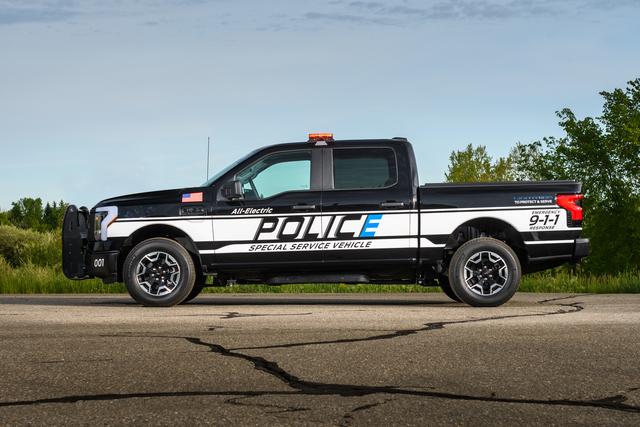 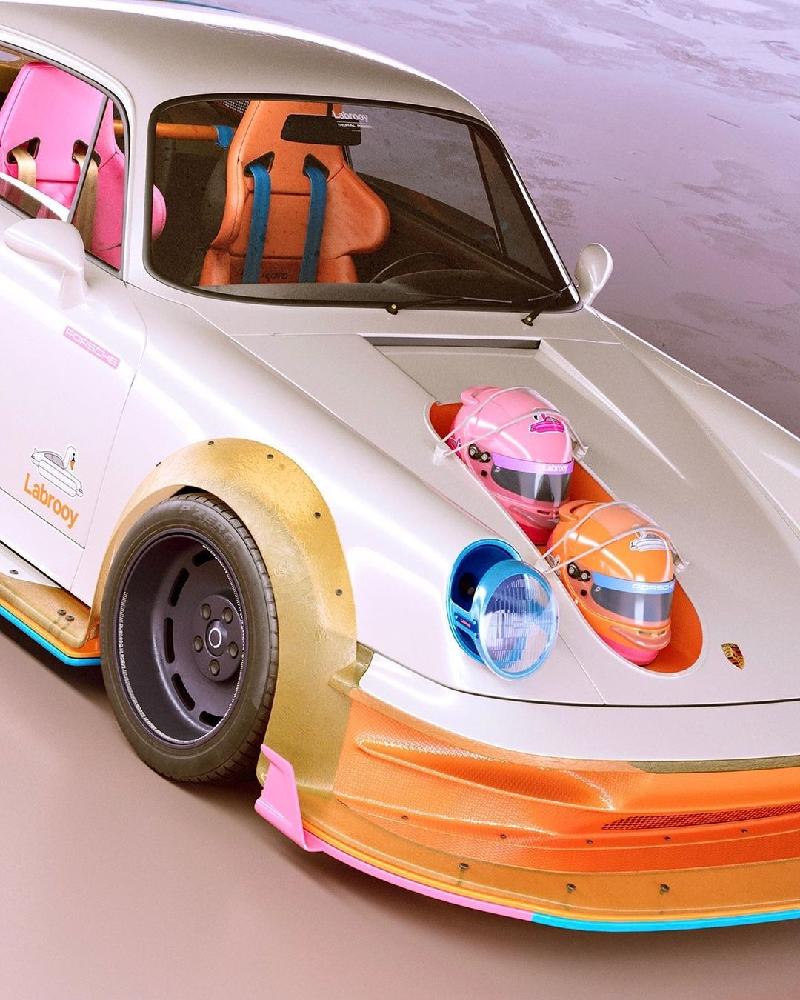 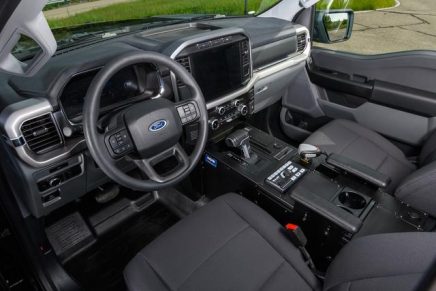 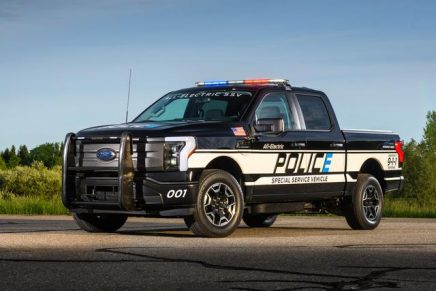 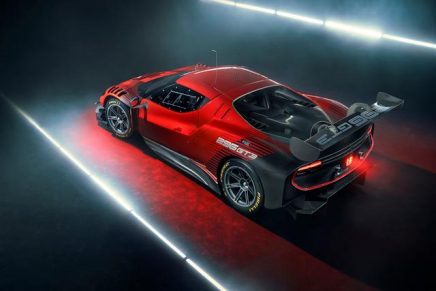 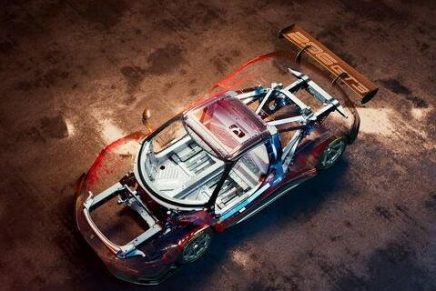 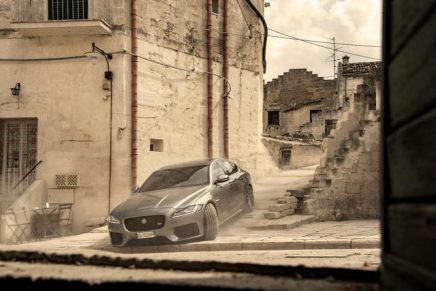 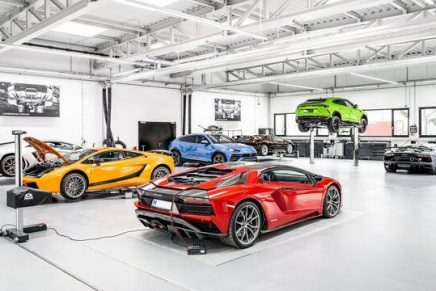 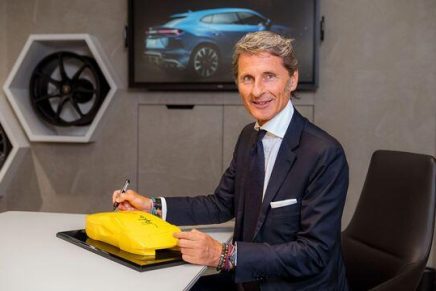 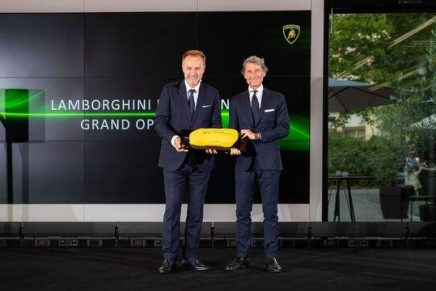 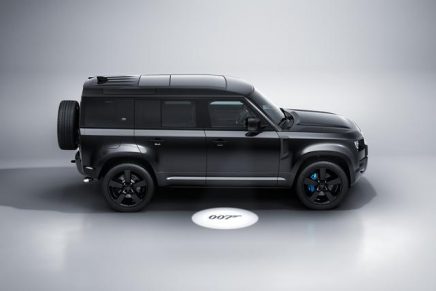 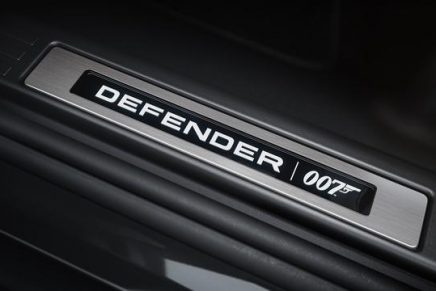 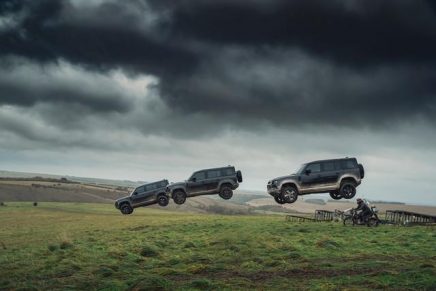 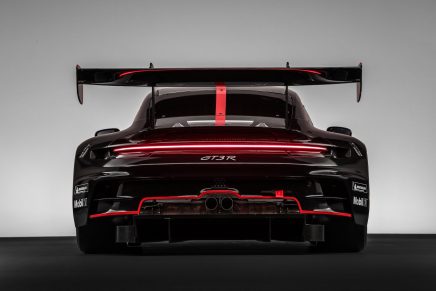