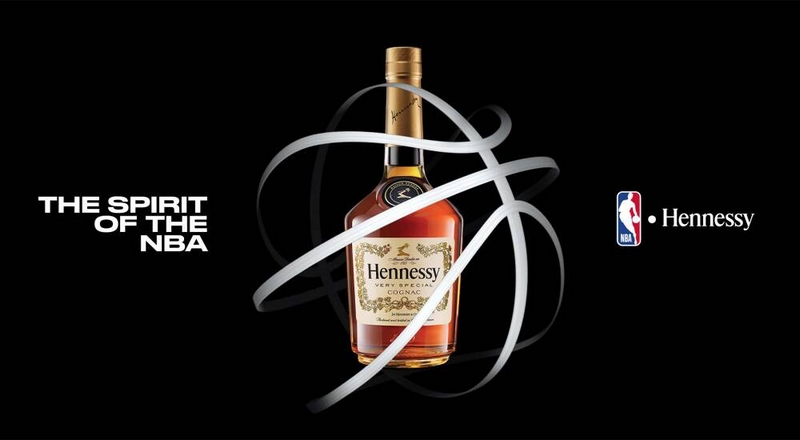 The world leader in premium spirits, Hennessy embarked on a conquest of new territories with its exceptional cognac at the end of the 18th century, beginning with the United States. Now the relationship between French cognac and the United States has elevated to an exciting new level with the announcement that Hennessy has become the first global spirits partner of the NBA (National Basketball Association).

Following an initial partnership with the NBA – the top professional basketball league in the United States – announced in February 2020, this exceptional relationship will expand globally. The “Hennessy x NBA: Lines” campaign will tip off in Africa, South America, Asia-Pacific and Europe, celebrating the innovation and ambitions behind this link-up. Basketball fans and lovers of French art de vivre will be able to toast with Limited Edition bottles of Hennessy V.S (Very Special) and V.S.O.P (Very Superior Old Pale) cognacs created specially to commemorate the partnership worldwide.

Hennessy is more than cognac and the NBA is more than basketball, notes Hennessy International Marketing and Communication Director Julie Nollet: “We represent global communities, and this partnership empowers us to support a game and culture that brings people together through entertainment and camaraderie despite the current challenges faced by fans around the world.” The relationship is anchored by shared core values of integrity, teamwork, respect and innovation, she adds. “These values are more powerful than ever as we work to inspire and unite people across the globe.”

This combination of excellence in crafting spirits and excellence in sports performance will be showcased as Hennessy and the NBA team up for joint events, showcased on the website of the storied cognac House and its Instagram account.