The Michelin Guide Netherlands 2019 confirms the great culinary potential of the Netherlands.

This year, renowned chefs and young talents together make a big impact on the Netherlands fine dining scene, with 2 new two Michelin star restaurants and 12 new establishments awarded a first Michelin star. The chefs at the head of the 3 three star restaurants continue to be the spearheads of the development of Dutch gastronomy. Jonnie Boer (De Librije, in Zwolle), Jannis Brevet (Inter Scaldes, in Kruiningen) and Jacob Jan Boerma (De Leest, in Vaassen) are masters at inspiring the next generation of chefs, and their creative cuisine is among the best in the world.

Nico Boreas confirms his postion among the outstanding Dutch chefs. Last spring, he opened Sabero in Roermond and immediately hit the mark with his technical knowledge and sense of finesse. His cooking shows passion and in this selection, it has now received two stars. At Pure C in Cadzand, it’s also about emotion.

“The creative marriage of the sea and the treasures of the Polder region imagined by chef Syrco Bakker is impressive, and the dishes display a rare magnetic quality with a taste experience that is deliciously disconcerting,” commented the Michelin Guide experts.

Twelve restaurants are awarded a first star in the 2019 edition. What is striking right away is the rise of talented young chefs, proof that talent is not always related to the number of years. At Derozario in Helmond, Jermain De Rozario puts his own spin on Indonesian cuisine. As for Paul Kappe, at Monarh in Tilburg, he woos diners with his modern cuisine infused with intense flavours, just like Jeroen Brouwer at De Loohoeve in Schoonloo and Thomas Van Santvoort at Flicka in Kerkdriel.

The intensity of flavours is also what characterizes the inventiveness deployed by Jim and Mike Cornelissen at Rijnzicht in Doornenburg, and it’s the delicacy of the dishes offered at OONIVOO in Uden. For lovers of good food in luxury surroundings, Bougainville in Amsterdam, and Voltaire in Leersum are absolute musts.

Of the other new restaurants receiving a star, there are some familiar names. Menno Post (Olivijn, Haarlem), Wim Severein (The Millèn, Rotterdam), and Richard Van Oostenbrugge and Thomas Groot (Restaurant 212, Amsterdam) are among them. After having made their names in renowned establishments, they take their destiny in their own hands and are already showing their promise. In addition, Danny Tsang, from O&O in Sint Willebrord, demonstrates that consistency pays with his creative Asian cuisine. 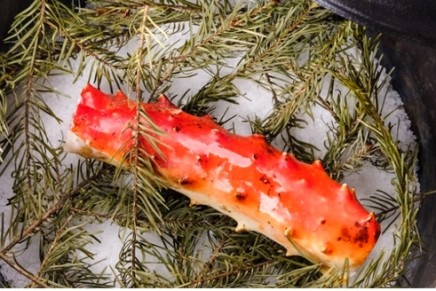