The beautiful Mercedes-Benz 540K truly epitomised the grace and elegance of the late 1930s. 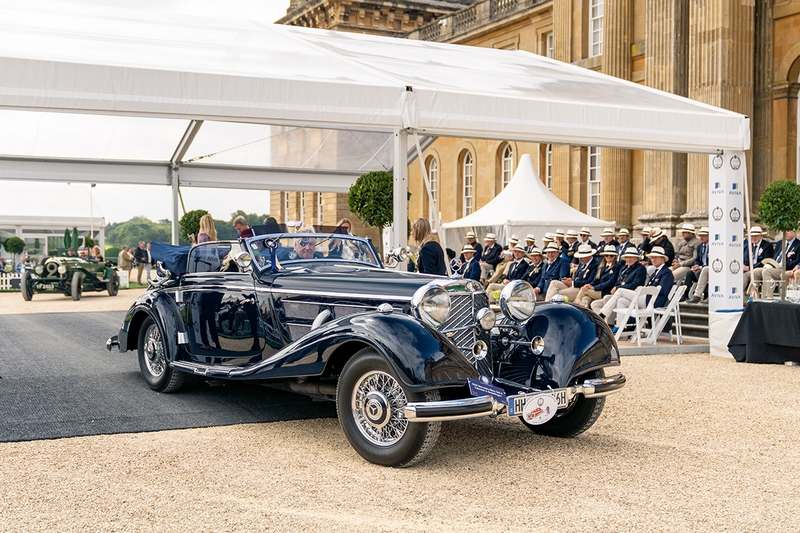 A 1938 Mercedes-Benz 540K Cabriolet A has been named Best of Show at the 2021 Salon Privé Concours d’Elégance. The sensational German thoroughbred wowed judges and visitors alike, and was part of a keenly contested Pre-War Tourers class that lined up directly in front of the majestic Blenheim Palace.

The Mercedes-Benz is chassis number 154076, which was delivered on 5 February 1938 to Tauentzien-Verlag, a Berlin advertising agency whose proprietor was Georg Niedermeier. It features a unique specification that combines the two-seater Cabriolet A coachwork with the longer-wheelbase chassis, as well as an engine and gearbox that are set back by almost 20cm. It’s a spellbinding example of a model that is renowned as being among the most coveted of all pre-war cars.

Introduced in 1935 the 500 K was further refined to a 5.4 litre supercharged straight 8. It now delivers 180 hp with a full-throttle that takes the car up to 110mph..The cabriolet A which has the same setback engine configuration as the special roadster was also known as the Sport Cabriolet. This 1938 version is one of the last five 540s built and it reflects many aspects of the special roadster. 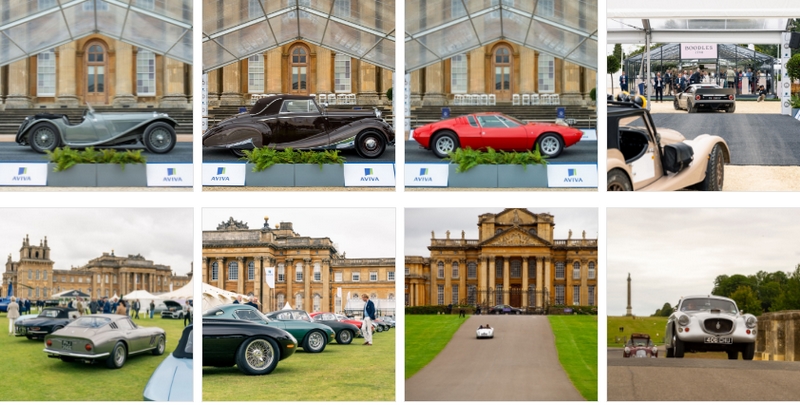 The Concours d’Elégance is the traditional curtain-raiser to Salon Privé Week.

As one of the most prestigious such automotive events in the world, it is a Partner Concours to the Peninsula Classics Best of the Best Award and features a panel of classic car judges who are all renowned experts in their
respective fields. Class winners in the 2021 Concours d’Elégance presented by Aviva included everything from a 1901 Triumph motor bicycle to a 1993 Jaguar XJ220, via coachbuilt French beauties, Italian sports-racers, and even Rolling Bones hot-rods. 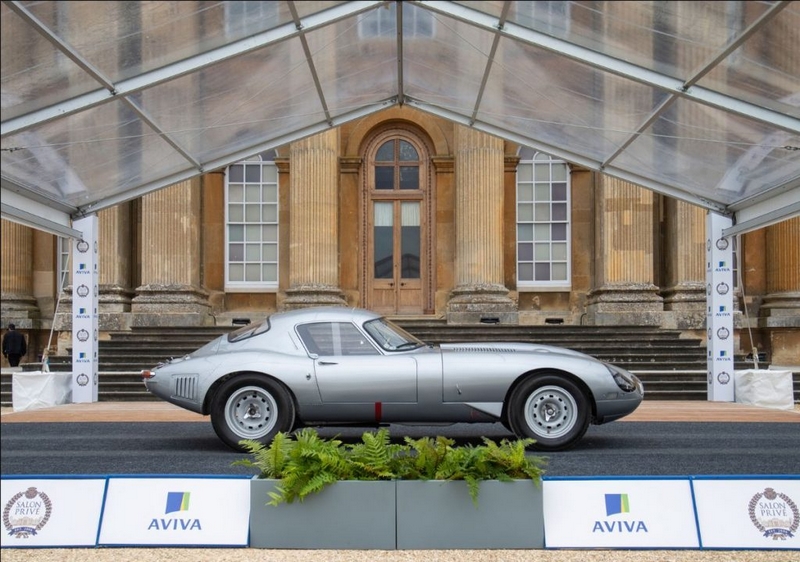 The 60th anniversary of the Jaguar E-type was celebrated throughout this year’s Salon Privé Week, and there was a class dedicated to the ground- breaking British sports car. The judges eventually gave the nod to the unique 1963 low-drag Lightweight that was raced in period by the German pairing of Peter Lindner and Peter Nöcker. Decades after suffering a tragic crash in the 1964 Paris 1000km, the E-type was painstakingly rebuilt using more than 90 per cent of the original bodywork.

There were more competition cars to be found in the Racing Greats class, which was won by an ex-Ford France 1965 GT40 Mk1 that retains its original engine, gearbox, running gear and bodywork. The judges recognised that it was a rare example of a GT40 that has remained in period condition and not been modified for use in modern historic racing.

The Pre-War Sports class also attracted a strong entry, with an extremely original and beautifully restored SS 100 3½ Litre getting the nod. The rakish sports car was selected ahead of some particularly significant Bentleys, included a 3 Litre that was part of the factory team for the 1927 Le Mans 24 Hours, and a 4½ Litre Vanden Plas tourer owned new by company saviour Woolf Barnato.

Covid restrictions prevented 90 years of Pininfarina being celebrated in 2020, so instead there was a class dedicated to the revered Italian design house in 2021. Against fierce Ferrari opposition, judges awarded top spot to a 1963 Alfa Romeo Giulia 1600 Spider. One of only 404 right-hand-drive Giulia 1600 Spiders produced for the UK, Australian and South African markets, it had been restored to perfection between 2014 and 2016. 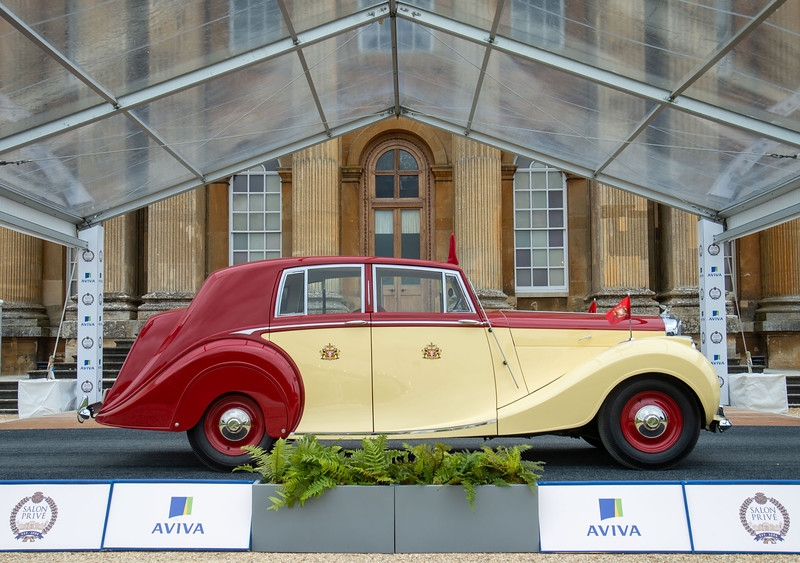 One of the most eye-catching displays belonged to the Fit for a King class. The winner was an elegant 1937 Rolls-Royce Phantom III that is one of only three cars to feature Sedanca de Ville coachwork by Arthur Mulliner with a Thrupp & Maberly sliding roof over the driver. Lining up alongside it was a 1949 Bentley MkVI Light Touring Saloon that was chosen to receive the Duke of Marlborough Award by the event host. The Hooper-bodied car is finished in an extravagant two-tone paint scheme and was delivered new to HH Maharaja of Mysore, Sir Jayachamarajendra Wadiyar. 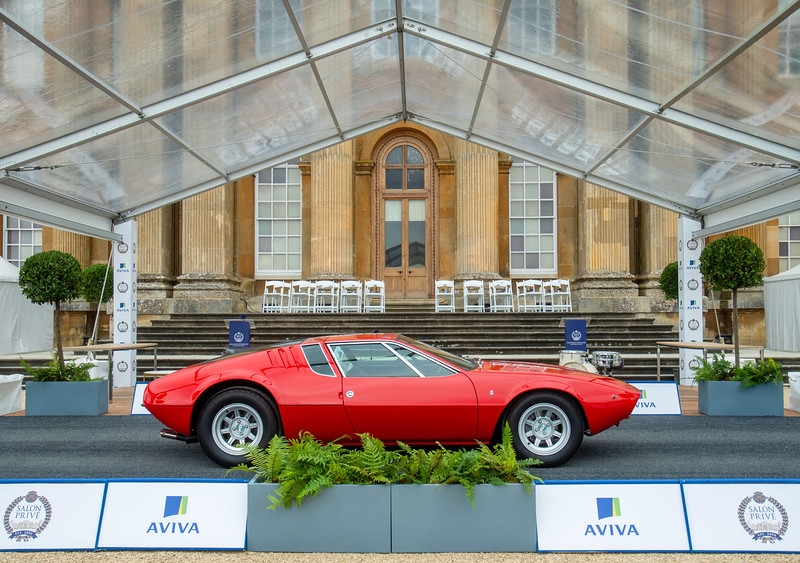 The Churchill Cup for Most Exceptional Design was awarded to a 1972 De Tomaso Mangusta. ‘Our mission was to look at the aesthetics of a car from a designer’s point of view,’ said legendary racer Derek Bell, who was part of the judging panel. ‘We looked at every car here, and it was incredibly difficult. We eventually selected our top three and then held a vote. The Mangusta had a simple elegance about it, and when it drove up onto the stage
we knew that we’d made the right choice.’

Former Aston Martin and Jaguar designer Ian Callum added: ‘It has such beauty and real impact, and it’s a very pure design. There’s a totality to it – the whole picture ties together perfectly.’ The Mangusta also won the Low-Slung Sports class.

A 1955 Aston Martin DB2 that was driven on the Monte-Carlo Rally deservedly picked up two prizes – the Preservation Award and People’s Choice. Ken Carter was a noted 500cc racer in the early 1950s and, having completed the Monte-Carlo Rally twice before, he entered the Aston Martin on the 1956 event with his friend Robert D Ropner. He later sold the car with no mention of its rallying history because he felt it would be detrimental to its value. 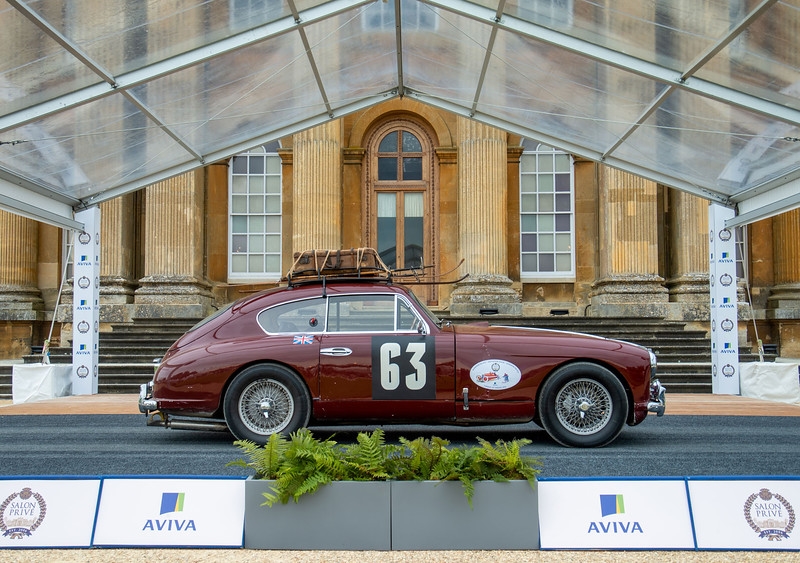 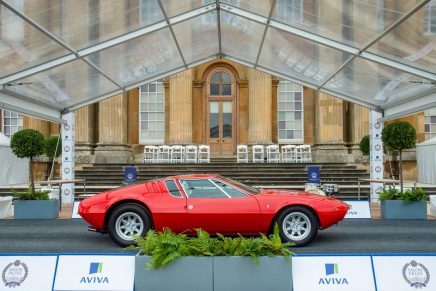 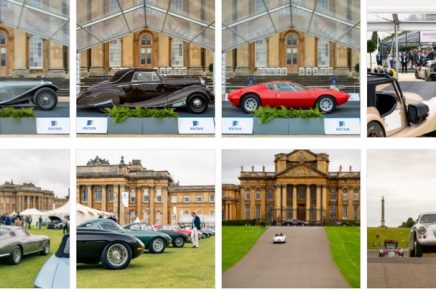 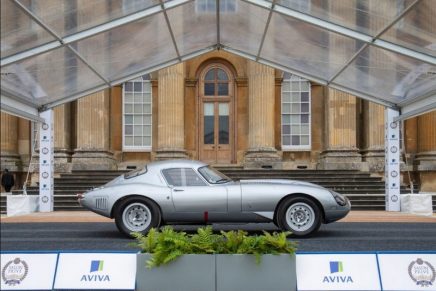 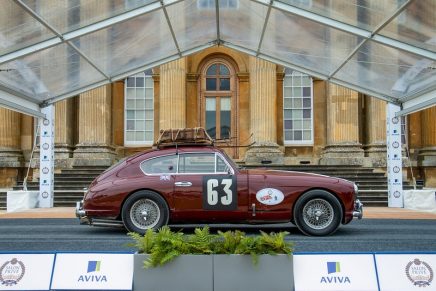 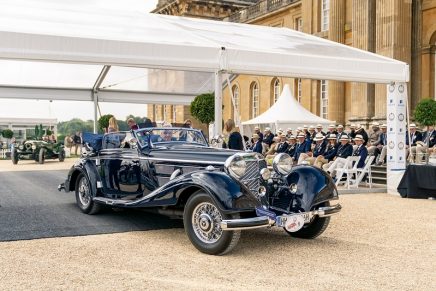 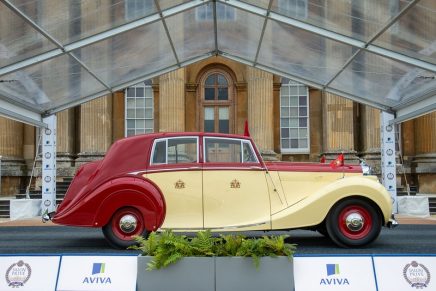