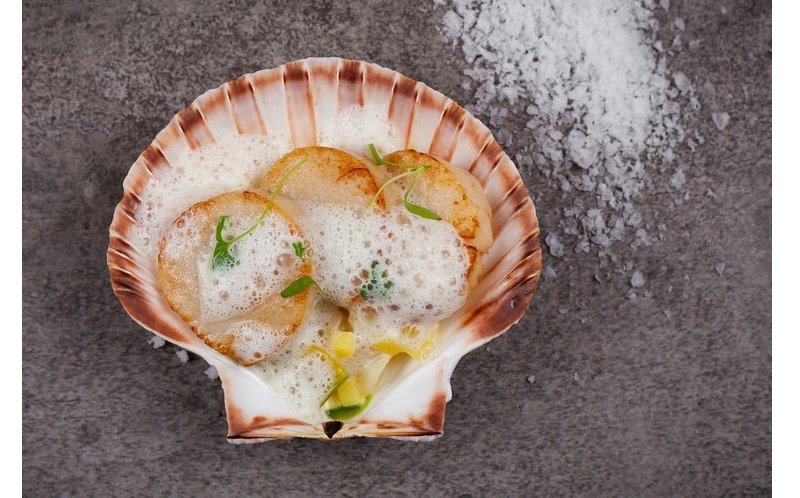 This article titled “What makes a restaurant a classic?” was written by Jay Rayner, for The Observer on Sunday 12th April 2020 05.00 UTC

Throughout a childhood sugar-glazed with comfort, I ate in restaurants that had been there seemingly forever. There was a swish café called the Mad Hatter in Harrow, London, where they served a killer croque monsieur. There was a hamburger joint in South Kensington called the Great American Disaster, founded by Peter Morton as a trial run at the Hard Rock, and a trattoria called Giovanni’s, off St Martin’s Lane, where I celebrated my eighth birthday with plates of pasta that smeared my cheeks red with sauce.

I love restaurants. I always have. The best ones are a special kind of theatre

Recently, we’ve worked through the backlog of my remaining reviews; pieces which read like dispatches from another country, where they did things differently. Now it’s time for something else, until the stoves are relit and the doors are unlocked. Some have suggested I review takeaways. That’s a non-starter. While the food might be diverting, the mid-century modern knock-off kitchen table would stay monotonously the same.

Instead, week by week, I’ll be looking at themes across the joys of eating out. I’ll talk about places I adore so that when the world rights on its axis there are ideas for where to go eat. Assuming they are all still there, which raises the very first question: how does a restaurant endure? Or to put it another way, what makes a classic?

Of those three restaurants from my childhood only one remains. It’s Giovanni’s, which first opened in 1952. I haven’t been back in decades. I don’t feel the need. But, like the British Museum and Bernie Clifton, neither of which I’ve paid attention to in years, I’ve always liked knowing it was there. A quick glance at the Giovanni’s menu reveals the first obvious truth about classic restaurants: they are never pushing at the culinary boundaries. There may be a little evolution. I doubt there was quite as much chilli on the menu when I celebrated my birthday there in 1974, but it’s still a familiar trattoria offering: sausages with lentils, calf’s liver with onions and sage, lasagne and maybe a tiramisu to finish. For the many people who have continued eating there across decades, I imagine change would be about as welcome as a neo-brutalist concrete extension to St Paul’s Cathedral.

It’s the same at Oslo Court, located on the ground floor of a mansion block in London’s St John’s Wood, where the tablecloths are all the pink of strawberry Angel Delight, and they’ve not met a napkin that couldn’t be folded into a dying swan. The menu doesn’t just laugh in the face of modern culinary trends. It rolls its eyes at pretty much every decade since the 1970s. There is grilled grapefruit or coquilles St Jacques to start. You can have duck à l’orange, or steak Diane and then attack a classic sweet trolley. As I always say, when its 5.30pm in London it’s 1974 at Oslo Court. It has a fine clientele, often celebrating their 80th birthdays. My late parents refused to let me take them there for fear it would mark them out as alter kakers, which is roughly Yiddish for old farts.

Bookings became a prized item, which brought with it expectations. One Ivy manager once told me that people who had waited three or even six months for their booking, would often be horrified to discover the menu offered shepherd’s pie, fish cakes, and sausage and mash. The fact was the regulars didn’t go for thrilling food. They went for the other defining feature of the classic: fabulous service. They went because they felt truly looked after. The food was an incidental.

It’s the real appeal of Le Gavroche, which has been open since 1967. Of course, the à la carte is a startlingly spendy roster of gastronomic ambition and derring-do, fashioned from quality proteins and veg. But most of its devotees will tell you that the real joy is the set-price lunch that includes half a bottle of wine and water per person and service, now for £76 a head. It’s a perfect terrine to start, perhaps followed by steak with shallot sauce and ices to finish. It’s very classy bistro food, but delivered with Aston Martin quality panache. At the other end of the scale there’s a similar appeal to a bare-bones Italian café, like the Trevi at the funky end of the Holloway Road, where they know exactly what their many regulars want.

The challenge for a classic is to remain themselves, because any restaurant that looks half-way profitable will soon be circled by vultures. Rules, which has traded in Covent Garden since the late 18th century serving fabulous British standards, including the sort of suet sponge-clad steak and kidney pudding you should bury your face in, boasts a name board in the dining room listing just three sets of owners: the family of Thomas Rule, the Bells and then John Mayhew, the current owner, now in his early 70s.

Mayhew describes himself as a custodian. He has told me that he has received offers from potential buyers with their money located offshore. He knows that one day he will have to pass the business on, but he’s not prepared to sell to someone whose intentions aren’t clear. Quietly, he fears Rules being turned into the basis of some lousy chophouse brand; similar to what owner Richard Caring has done to the Ivy, with the bindweed-like spread of his underwhelming Ivy cafés. I’ll trust that Mayhew succeeds. Because in a frothy, dynamic restaurant sector we need places we can rely upon. We need those classics.

In Hertfordshire, the fish and grill restaurant group Lussmanns is offering a weekend meal delivery service for the Harpenden, Hatfield and St Albans area, with a menu emphasising much loved classics. Orders are taken from Monday to Thursday with delivery on the Saturday of dishes which will hold in the fridge until the end of Sunday. The offering includes both fish and cottage pie, chicken chasseur and pork stroganoff, and a Bramley apple, hazelnut and rosemary crumble (lussmanns.com).

Wedgwood in Edinburgh is offering a service from Thursday to Sunday each week, with starters at £6, mains at £9.50 and desserts for £5, or three courses for £20. Dishes, which change regularly, might be a hot smoked salmon pâté with a beetroot and tomato salad, braised feather blade of beef with ale-soaked barley, followed by sticky toffee pudding (wedgwoodtherestaurant.co.uk).

Malton in North Yorkshire has developed a reputation as a food hub over the past decade, using its producers as a catalyst for growth in the market town. The various businesses have now come together to create a delivery service locally, regionally and in some cases, nationally. The traders involved include Dales of Malton providing veg and fruit boxes within a 20-mile radius, Scoops Ingredients Shop for general dry goods to nearby villages plus a number of bakers, delivering across the UK. A selection of local restaurants has also set up a ready meal service (maltondelivers.co.uk).