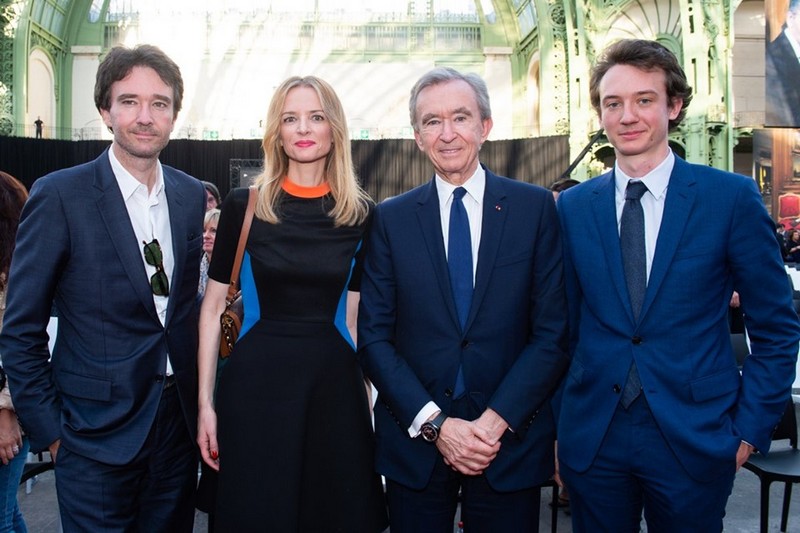 This article titled “Luxury player: why Bernard Arnault is making a blockbuster bid for Tiffany’s” was written by Kim Willsher and Zoe Wood, for The Observer on Saturday 2nd November 2019 16.00 UTC

French billionaire businessman Bernard Arnault has been called many things: the Wolf in Cashmere, the Exterminating Angel, Tintin – for his neat, boyish looks – and Lord of the Logos among them. But it is perhaps a building that portrays him better than nicknames.

In the woodland of Paris’s Bois de Boulogne, the Louis Vuitton Foundation rises like a displaced iceberg in a pool of meltwater: the £80m structure, designed by American architect Frank Gehry, is creative, complex and visionary, but not entirely admired or popular. Imposing and inspired, it is also sharp and cool, as in chilly rather than trendy.

The same could be said of Arnault, 70, a trim, cultured and slightly awkward man who started his life as the son of an industrialist in Roubaix, a poor town in France’s post-industrial rust belt. He rose through hard work and a certain creativity to become the undisputed master of the luxury goods universe as president of LVMH, the €196bn (£169bn) group whose name is an abbreviation of its cornerstone brands: Louis Vuitton, the world’s biggest luxury house, and Moët Hennessy, the champagne and cognac producer. He is the world’s third-richest man, with a fortune worth $97bn (£75bn).

Last week LVMH said it was looking to add US jeweller Tiffany & Co to its stable with a $14.5bn bid. Tiffany said it was reviewing the proposal, which has been driven by Arnault’s desire to bolster LVMH’s presence in the “hard luxury” – or jewellery and watches – market, where it owns Bulgari but still trails Swiss rival Richemont.

It would be the most valuable deal of a career that always seemed destined for the top. After graduating from the elite engineering school École Polytechnique, whose alumni include three Nobel prize winners and three former presidents, Arnault spent a short time working for his father’s construction business before convincing Arnault senior to ditch the building side and concentrate on real estate. In 1984, he acquired Boussac Saint-Frères, a failing textile company hiding a gem – the Christian Dior brand.

After a spell in the US, Arnault returned to France determined to take on the country’s traditional corporate leaders – the aristocrats, major wine chateaux and family dynasties – with an aggressive American-style approach to business.

In 1989 he made a hostile takeover of LVMH and it became a launchpad for the acquisitions of some of the world’s most prestigious labels. Today, LVMH is made up of more than 70 companies, including haute couture labels Dior and Fendi, watchmakers Tag Heuer and Hublot, upmarket jeweller Bulgari, and the Veuve Clicquot and Dom Pérignon champagne houses. It made a profit of €10bn on €46.8bn of sales in 2018.

Lloyd Blankfein, the former chairman and chief executive of Goldman Sachs, says Arnault’s skill was in realising the global demand for luxury products. “He was a complete visionary. He saw the increase of wealth in the world,” Blankfein said last year.

Pierre Mallevays, former head of acquisitions at LVMH, who now runs the boutique financial advisory firm Savigny Partners, said: “Arnault is a man of great vision. He did not invent luxury brands but he invented the luxury industry. He singlehandedly helped transform a landscape which was a collection of family-run businesses into organised, professionally run groups with synergies and benefits of scale. He anticipated that more and more people would want to buy luxury products and organised himself to ride that growth.”

In business, Arnault is considered ferocious and predatory. At home he is by all accounts an attentive father and family man. He is a trained and reportedly talented pianist and a keen tennis player. He is proud of having once played Roger Federer – a birthday gift from his children – against whom he scored a single point.

He has five children. He had two with his first wife Anne Dewavrin: daughter Delphine, who is being groomed to take over the LVMH empire, and Antoine, head of communications for the luxury group. He has three sons with his second wife, the French Canadian concert pianist Hélène Mercier. The couple live in an upmarket district of Paris’s Left Bank, where Arnault’s art collection includes works by Damien Hirst, Pablo Picasso, Henry Moore and Andy Warhol. He also owns a large villa in St Tropez.

Arnault is often described as a man more interested in culture and creativity than cash. He insists his reputation as an asset-stripping cold fish is undeserved. “It’s true that I am not from the south and I have a certain reserve,” he once said. “I take time to get close to, and I don’t immediately throw my arms round someone. But it is more a question of style.”

Running LVMH is a balancing act in which Arnault gives his star designers – who have included fashion bad-boy John Galliano and Alexander McQueen – funding and a free creative rein, while expecting results in the long term. “What I always say to my team is: I am not that much interested in the numbers for the next six months. What I am interested in is that the desire for the brand will be the same in 10 years as it is today,” he said last year.

However, colleagues and business associates, who rarely go on the record, describe him as impatient and unbending, ruthless and driven in only one direction: forward. His failures are rare but have included an unsuccessful bid for control of Gucci, now owned by France’s third-richest person, François Pinault, chief executive and founder of the French luxury group Kering. (The pair’s notorious rivalry hit the headlines after the Notre Dame cathedral fire, when Pinault’s pledge of €100m to help rebuild the cathedral was trumped by a promise of €200m from Arnault.) He was also thwarted when he went after Hermès five years ago, but the consolation prize was a huge profit on the shareholding LVMH had amassed.

Arnault is longstanding friends with the former centre-right president of France, Nicolas Sarkozy, and is also close to France’s current centrist president, Emmanuel Macron, and his wife Brigitte, a former schoolteacher who once taught two of Arnault’s children at a private school in Paris. However, when the Socialist party’s François Hollande was elected in 2012 with a promise to hit the rich with a 75% tax rate, Arnault caused public outrage by applying for Belgian nationality. The tycoon quickly dropped the application, insisting he had always intended to keep paying his taxes in France.

He has said it is novelty rather than money that drives him in business. “Profit is a consequence of what we do well; it should never become a goal,” he told the Financial Times this year.

He is, however, rich and getting richer. Arnault jumped to second place on Bloomberg’s wealth league in July, overtaking Microsoft’s Bill Gates to rank behind Amazon’s Jeff Bezos, but dropped back to third shortly afterwards. His Tiffany bid could see him make another tilt for the top: “I always liked being number one,” he said in the Financial Times interview.

The late Steve Jobs could not see Arnault losing his fortune any time soon. “I don’t know if in 50 years my iPhone will still be a success, but I can tell you I’m sure everybody will still drink your Dom Pérignon,” the Apple founder once told him.