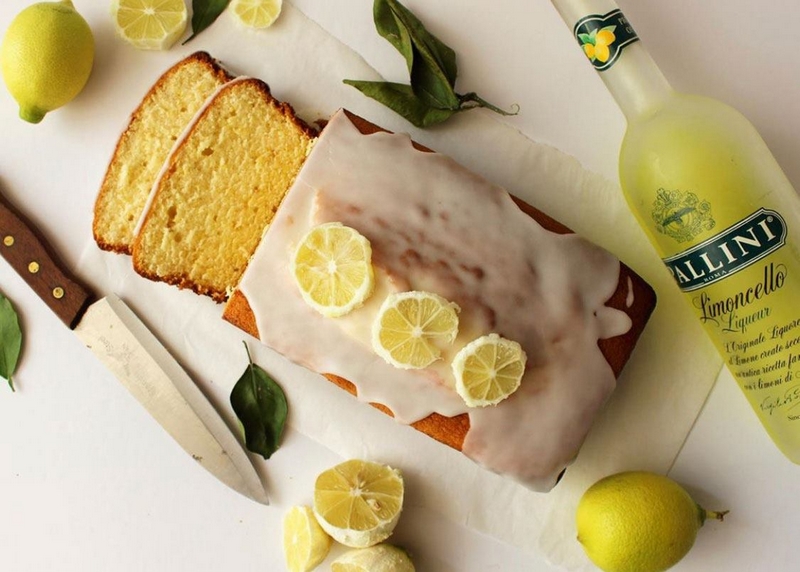 There are many ways to use Pallini limoncello @pura_delicia ; photo source: facebook.com/PalliniLimoncello

This article titled “Limoncello locktails! How to make delicious drinks from years-old holiday booze” was written by Tony Naylor, for The Guardian on Wednesday 1st April 2020 14.00 UTC

If you ever needed proof of the resilience of the human spirit (or just how much people love booze), the quarantini is exhibit A. Barely had we begun to lock down than #quarantini started trending across social media, with cooped-up drinkers retrieving dusty bottles from kitchen cupboards to create ingenious cocktails from limited ingredients.

In that spirit (sorry), we asked some of Britain’s best bartenders for simple tips on how best to use up holiday souvenir liqueurs, cocktail party leftovers and collections of sticky, obscure spirits. “You don’t need fancy equipment,” insists award-winning drinks whizz Jack Wakelin. “No jigger? Use an egg cup – it’s about 30ml. No cocktail shaker? Use a cafetière – it’s got a built-in strainer. No long spoon? A chopstick works as well.” With all that in mind … cin-cin!

Max Venning, co-owner of Dalston’s Three Sheets, riffs on a Collins, suggesting a large measure of this sweet Italian lemon liqueur and a squeeze of fresh lemon – “it adds brightness” – topped with sparkling water, soda or tonic. Slosh in a vodka for an extra kick.

Frequently coloured vivid blue, this bitter orange-flavoured sweet liqueur is, arguably, the last word in naff. But bartenders like Wakelin, who is working on a new Sheffield bar, Bench, relish such a creative challenge. He would combine three parts curaçao, triple-sec or Cointreau with two parts leftover white wine and one part soda over ice. “If you have one, add an olive.”

This elderflower liqueur lends itself to what Yann Bouvignies, head bartender at the Rosewood hotel’s Scarfe’s Bar in London, describes as a “wet martini” with the “floral sweetness making it more approachable”. Stir 15ml each of St-Germain and dry vermouth over ice with 45ml of gin, and wave goodbye to all mortal concerns.

“This is like a mashup between a bramble and a G&T, with a liquorice twist that reminds you of blackcurrant cough sweets,” says Holly Tudor, cocktail development jedi (seriously, that’s her job title) at the Alchemist bar group. Take 15ml of any aniseed spirit (sambuca, raki, pastis), 35ml gin, 15ml lemon juice, 25ml blackcurrant cordial and top with 100ml of soda. “I’ve kept it light – feel free to adjust it to your tastes.”

“When you’re sick of making caipirinhas, here’s a Brazilian twist to your aperitif fizz,” says Tudor: 25ml each of fermented sugar cane cachaça, amaretto and lemon juice are mixed and topped with sparkling wine. “The wine’s dryness cuts the cachaça’s sweetness.”

Bouvignies would utilise this Hungarian fruit brandy in something akin to a horse’s neck cocktail (50ml pálinka, two dashes of Angostura bitter, ginger ale). Meanwhile, Erik Lorincz, owner of London’s Kwãnt bar, sets it to work in a sour. Take 60ml of preferably peach or pear pálinka, 30ml lemon juice, 15ml sugar syrup (two parts sugar to one part water), an optional half an egg white, shake everything over ice and serve. Venning takes a different approach, mixing pálinka with a squeeze of lemon or orange juice over ice and topping that with chilled, sweetened earl grey tea: “A really refreshing iced tea as the weather warms up.”

Wakelin swaps fresh mint for crème in his take on a southside cocktail. Combine 45ml gin, 5ml crème, lime juice and a pinch of salt, then stir in sweetener: “I’m using one spoon of honey I’ve had for ages. Sugar is fine.” Add ice; top with tonic. At London’s Darby’s, bar manager Wes Yeung uses crème in Irish coffee. Whisk 10ml into double cream, brew 150ml of coffee, stir in a teaspoon of brown sugar and 35ml of whiskey. Then: “Over the back of a spoon held against the glass just touching the coffee, float cream over the top.”

That pine-powered retsina you loved in Crete can taste like a slap in the chops back in Britain. Take the edge off it in a spritz. Add 25ml each of retsina and elderflower cordial, says the Goring hotel’s Tiago Mira, a splash of soda and top with prosecco. Garnish with cucumber. For sweeter versions of retsina cocktails, Benoit Provost, manager at the Stafford London’s American Bar, advises you use Greek mastika instead, a liqueur with a “slightly pine, cedar-like flavour”.

This South African cream liqueur “is a good alternative to Bailey’s, if you like that sort of thing,” says Provost, who, like Mira, uses it in a take on the espresso martini. Mira’s recipe has 50ml of vodka, 25ml Amarula and a shot of espresso shaken over ice and served garnished with coffee beans.

This family of herbaceous, bitter Italian liqueurs, running from Campari to Fernet-Branca, is enjoying a moment in the UK. Often drunk neat, they are also the basis of Wakelin’s version of a garibaldi, a simple drink of fresh orange aerated with a stick-blender until “nice and fluffy”, spiked with 50ml of your preferred amaro.