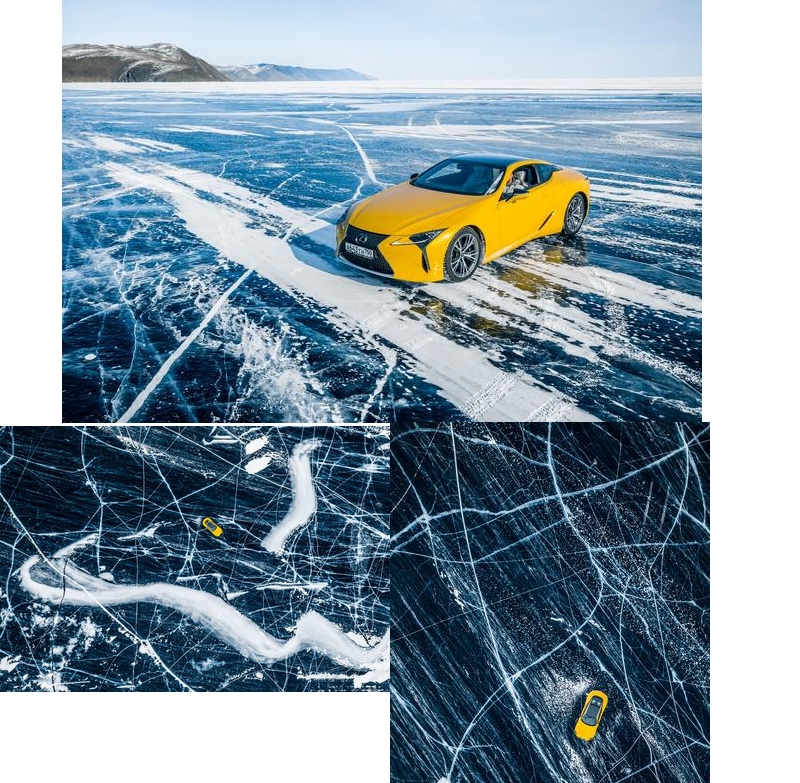 Wilderness terrain provides the backdrop for a one-of-a-kind photo-shoot; @Lexus

The frozen wastes of Siberia are not usually considered a natural environment for Lexus luxury vehicles, but they provided the setting for an amazing driving experience that tested the handling capabilities of two very different models: the RX large luxury hybrid SUV and the V8 -powered LC coupe.

The location for the adventure drive was Lake Baikal, the world’s deepest freshwater lake, which freezes to a depth of 1.5m in temperatures which can fall as low as minus 60 Celsius. In fact, the ice is so thick and strong, the lake becomes part of Russia’s national roadwork.

Lexus recruited the talents of Nikita Shikov, one of Russia’s leading drift champions. Shikov admitted that before taking the wheel, he had doubts about how it would perform with its electronic E-Four all-wheel drive system.

“Initially I was sceptical,” he said, as the RX operates by default in front-wheel drive with the rear wheels coming into play only when sensors detect the wheels are starting to spin or slip. But once on the ice, I soon found out that the rear axle switches on very fast, so you can make a confidently controlled power slide with all four wheels.”

In fact, Shikov was able to execute some very dramatic manoeuvres, capitalising on the front-wheel grip. While straight-line speed reached 100 km/h, the driven wheels were spinning at more than 180 km/h.

“When you are out on the ice, though, you feel the rear-wheel drive right away. Because of the car’s weight and the fact that we were running on standard tyres, the acceleration was not the main thing, it was all about driving technique, finding the car’s limits.” 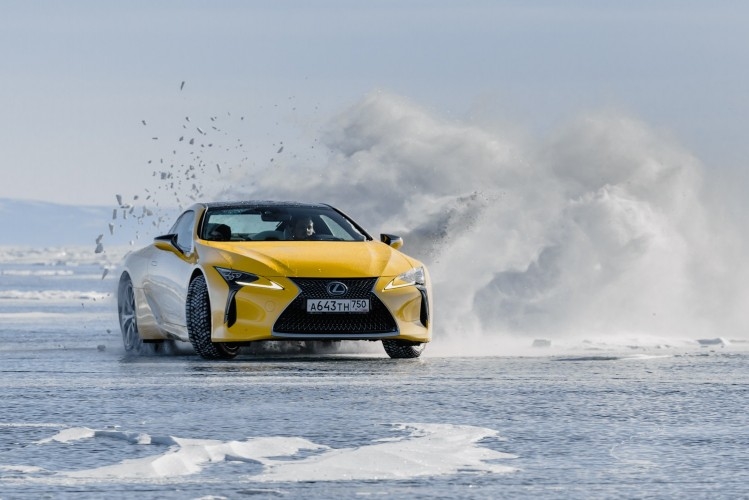 Shikov revelled in the opportunity to drive the LC on the Baikal ice, which had a dusting of snow on the surface. “The grip came and it was almost like driving on Tarmac,” he said. “I was able to experience the car’s real personality, with wheel speed at around 280 km/h. The rear wheels sent up impressive snow trails, just like the clouds of smoke you get when drifting on a circuit.”

Strict safety measures are followed when driving on frozen lakes “in the wild”. Seatbelts must not be worn, the audio system must be switched off and the doors must be kept unlocked; the condition of the ice is also carefully monitored for any tell-tale signs of weakness.

For Shikov’s spectacular drives, all the electronic handling and stability systems were switched off so the performance was down to the car in its purest form and the skills of the pilot. 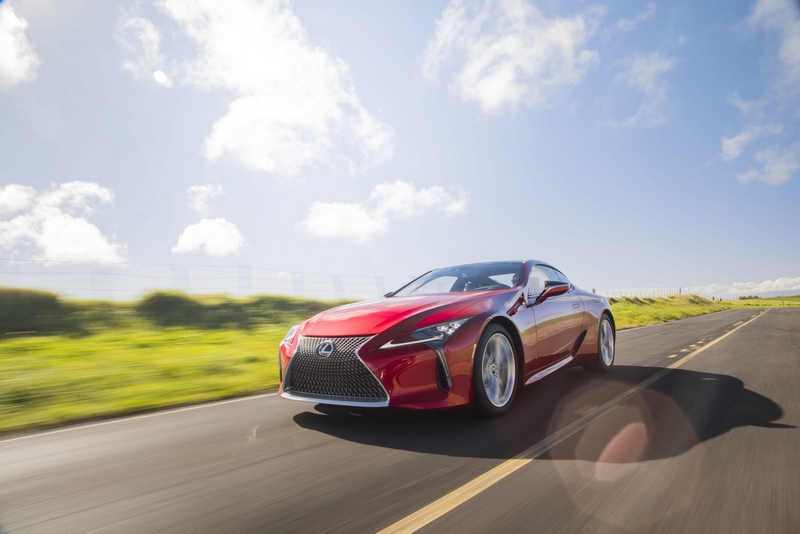 The changes implemented for the 2021 LC 500 further sharpen the coupe’s performance. Significantly, the car’s unsprung weight has been reduced by almost 10 kg. Where specified, the 21-inch forged alloy wheels also have a lighter construction.

Right from start-up the LC 500’s V8 engine signals its potential with a full-throated engine note generated through the variable Active Exhaust system. The engine can move the car from rest to 100 km/h in less than 4.7 seconds. The 5.0-litre engine is matched to a 10- speed Direct Shift automatic transmission, newly updated to provide an even stronger sense of connection between driver and machine.

As with other Lexus hybrid powertrains, a petrol engine is combined with two electric motor/generators.

The LC coupe is the most passionate expression of Lexus design, captured strongly in the mesh spindle grille that extends across the front of the car. A large glass panel and blacked-out rear pillars create the effect of a floating roof, while chrome mouldings echo the curving lines of the traditional Japanese katana sword. The range includes the option of a CFRP composite roof for an even more powerful look.

The rear light clusters are one of the most distinctive design elements, their night-time illumination signature inspired by the afterburners of a jet. At the front, the ultra-compact triple-LED units are not only striking in appearance, they are half the size of conventional headlights. 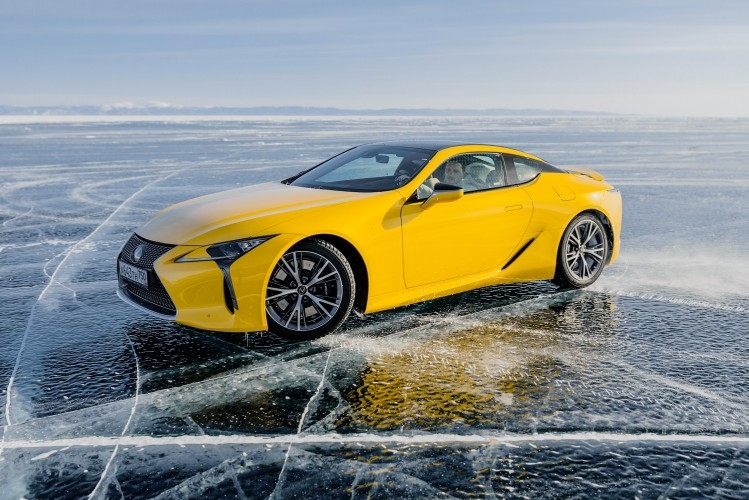 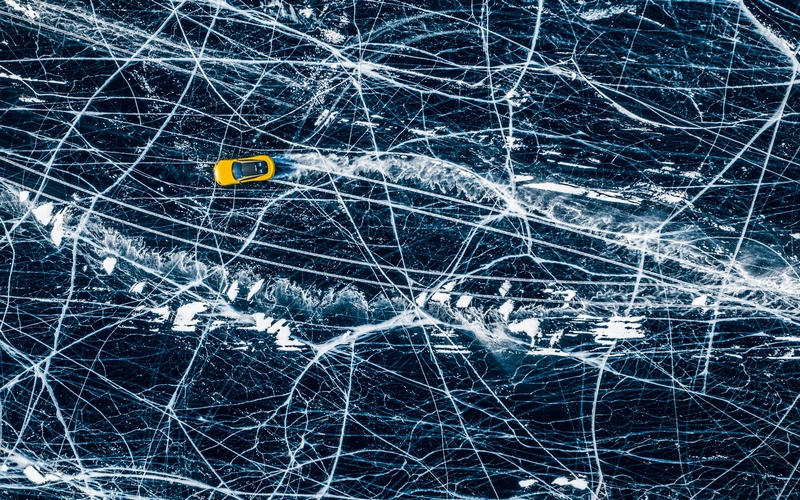 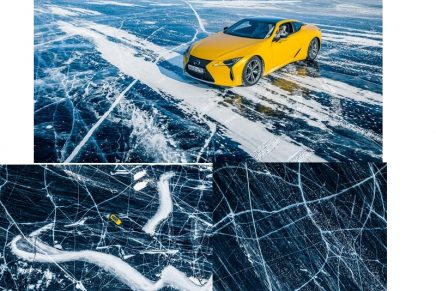 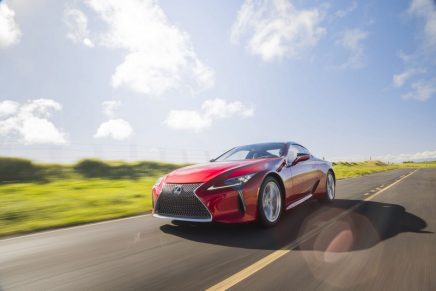 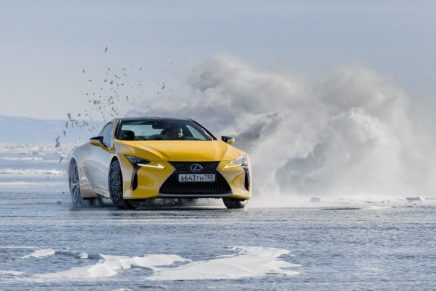 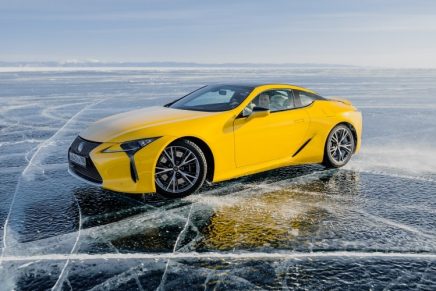 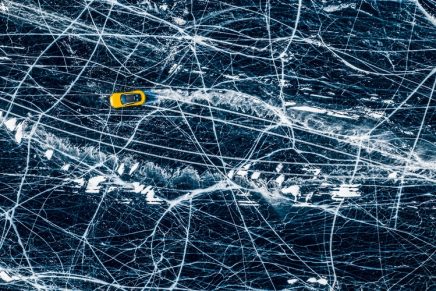