Lexus held the world premiere of its first luxury yacht, the Lexus LY 650. The new yacht will appear at the Fort Lauderdale International Boat Show in Florida Oct. 30 – Nov. 3, 2019.

Lexus’ challenge to go beyond the automobile takes shape in the Lexus LY 650, the automotive company’s first luxury yacht. Based on the Lexus Sport Yacht Concept first shown in January 2017, the new motor yacht is a collaboration with Italian yacht design studio Nuvolari Lenard. 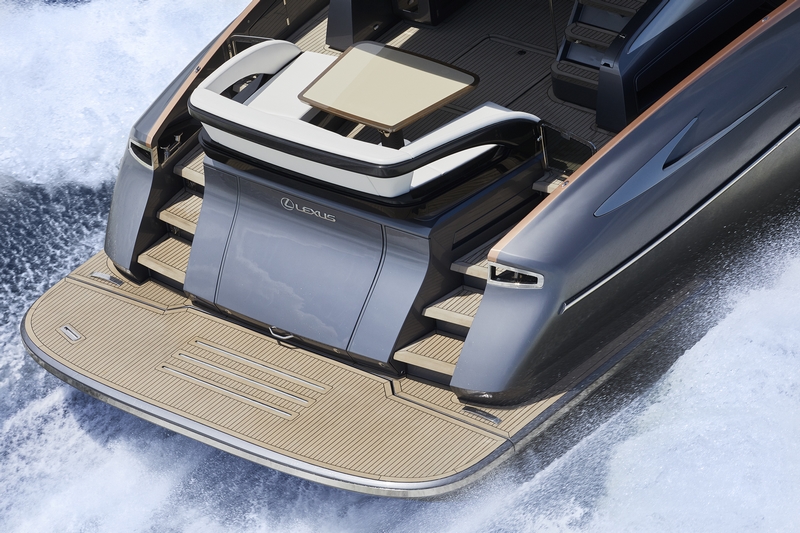 Lexus aspires to be a true luxury lifestyle brand and to venture beyond the automobile.

According to Lexus, the LY 650 flagship yacht is the new embodiment of the Lexus “CRAFTED” philosophy, to which exquisite attention to detail and anticipatory hospitality are applied in every possible aspect.

The shape of the hull, the abundant volume of the stern, and other elements, in addition to beautiful curved lines, give the LY 650 unprecedented and distinctive exterior styling.

The LY 650 is built in collaboration with the craftspeople of Marquis Yachts in Pulaski, Wisconsin, USA. With the start of LY 650 manufacturing, Marquis Yachts has applied the famous Toyota Production System in its production processes to improve production efficiencies and quality.

In pursuit of cruising that achieves the exhilarating performance of a Lexus, the yacht rides on a light and highly rigid composite hull that combines CFRP (carbon fiber-reinforced plastic) and GFRP (glass fiber-reinforced plastic), and was jointly developed with Marquis Yachts. Additionally, the LY 650 is equipped with LY-Link, an advanced connectivity technology for boating that shares timely information and provides control of various yacht functions.

The LY 650 flybridge cruiser retains the vibrant form and beautiful curved lines of the Lexus Sport Yacht Concept and is both elegant and sporty. Its strong and pronounced bow, and dynamic hull boasting one of the widest beams in its class, swiftly reveal the presence of a LY 650, while its coupe-like roofline and accentuated aft hips stress the high level of its cruising performance.

The premiere yacht features an optional two-tone color scheme that highlights its one-of-a-kind form and captures the image of the Lexus Sports Yacht Concept from 2017. Metallic accents on the bow, side windows, and the vessel’s L- shaped air intakes create the iconic image of a Lexus yacht.

The interior fuses advanced design and omotenashi (Japanese hospitality that sincerely and warmheartedly anticipates and fulfills people’s needs) in pursuit of high quality that is distinctively Lexus and features a bright, white- themed interior space for a sense of openness, while the use of curving lines and creative lighting provide a comfortable sense of envelopment. 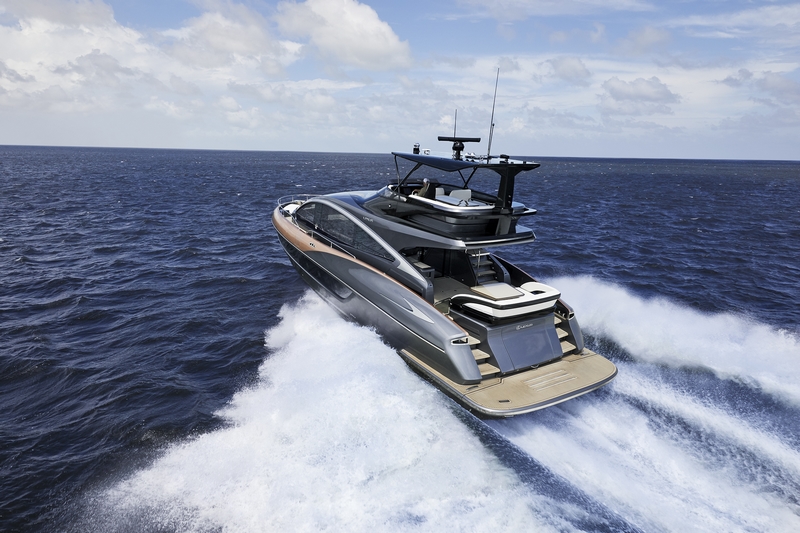 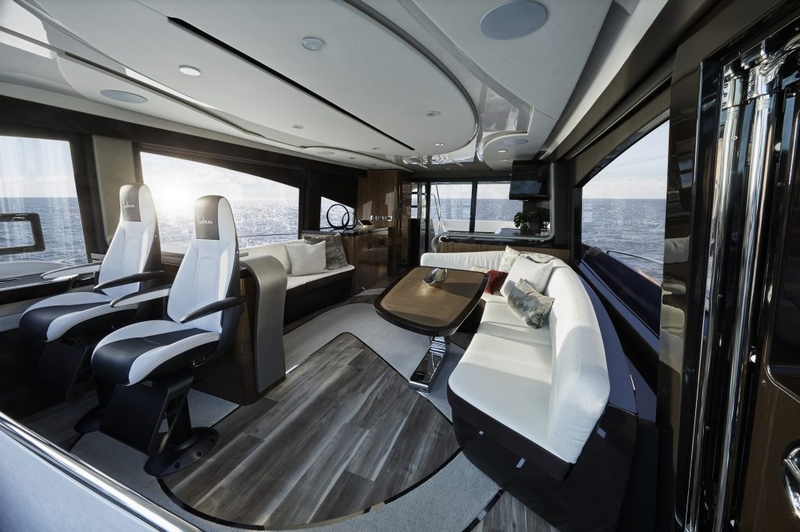 The salon’s efficient layout features dual captain’s seats and sofas set forward and a galley set aft. Below the salon are three elegant berths with 6 feet and 6 inches (more than two meters) of headroom, each with a private head with shower.

The powertrain features twin Volvo Penta® IPS*3 engines (1350/1200/1050). By integrating these with a unique underwater-hull shape achieved through the application of computational fluid dynamics modeling, Lexus was able to achieve not only high output and low fuel consumption, but also exceptional cruising stability and maneuverability. The LY 650 also boasts an array of piloting-support functions, including joystick control, fixed-point position-holding at sea, and an auto-flap function.

LY-Link, an advanced technology for boat connectivity, shares and provides various information in a timely manner. The technology can be used to monitor the vessel and have notifications sent via text message should an abnormality be detected. It also enhances convenience by enabling users to remotely turn on and turn off such components as the yacht’s air conditioning system and lights via a smartphone.

From the captain’s seat, both style and high operability come into play, thanks to a stylish instrument panel with touchscreen operation. 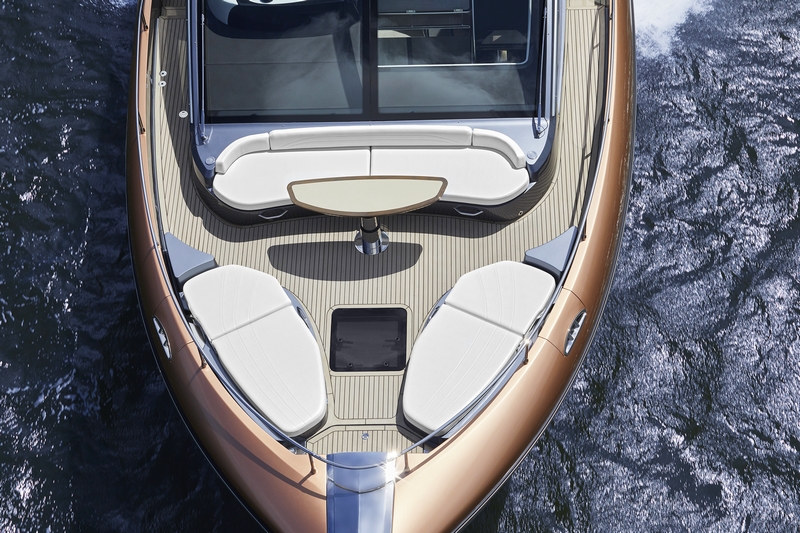 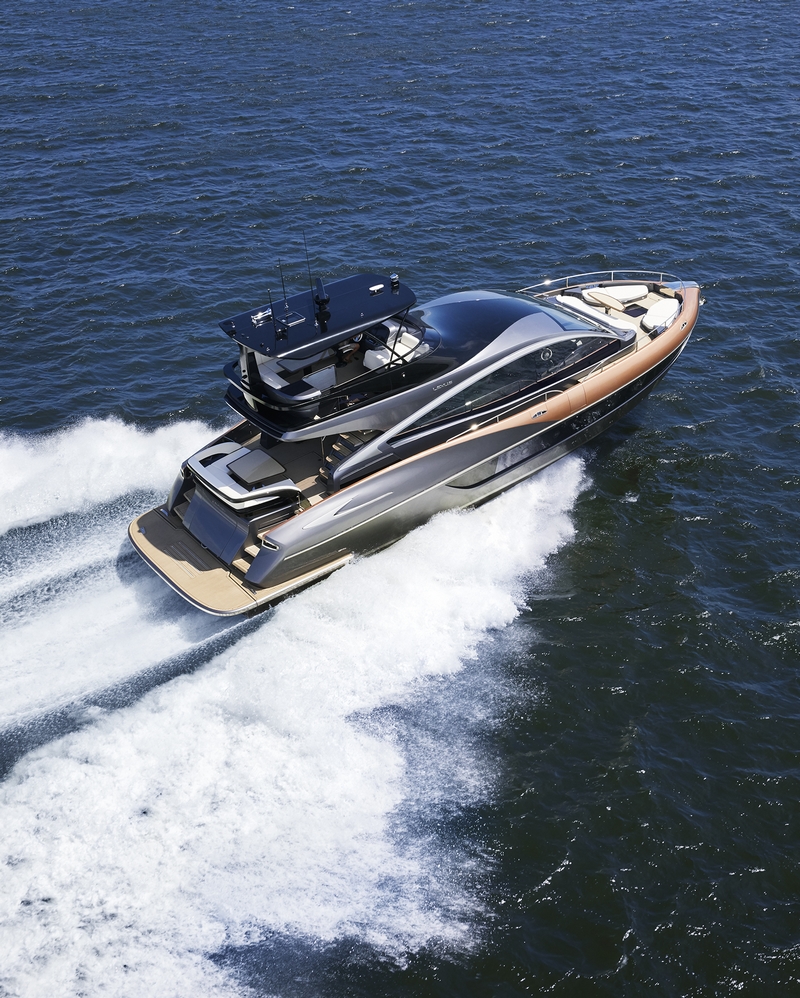 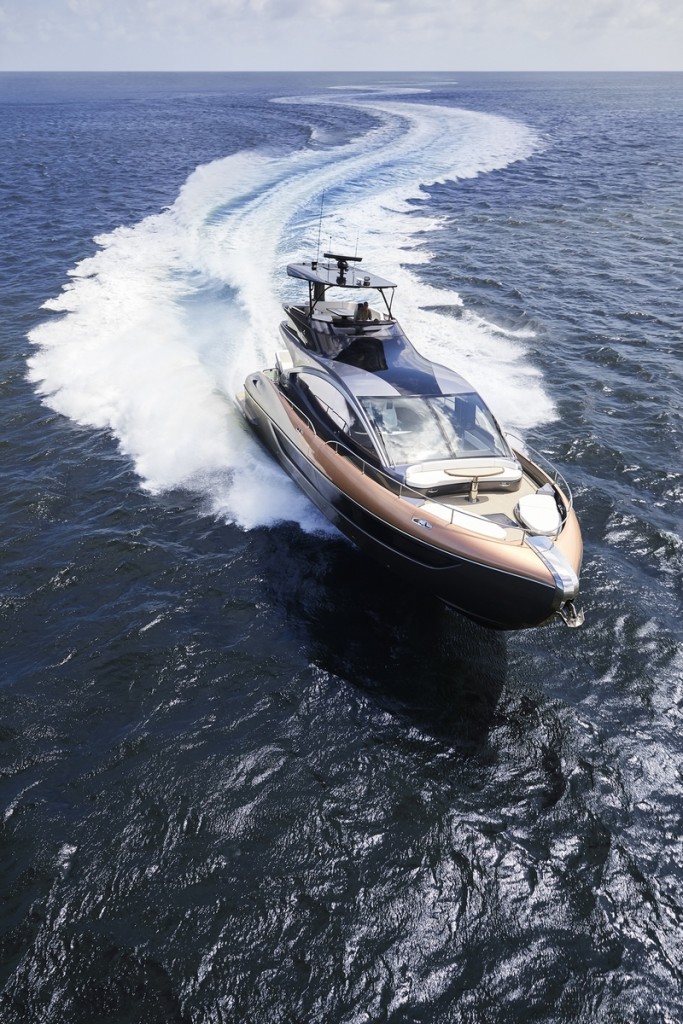 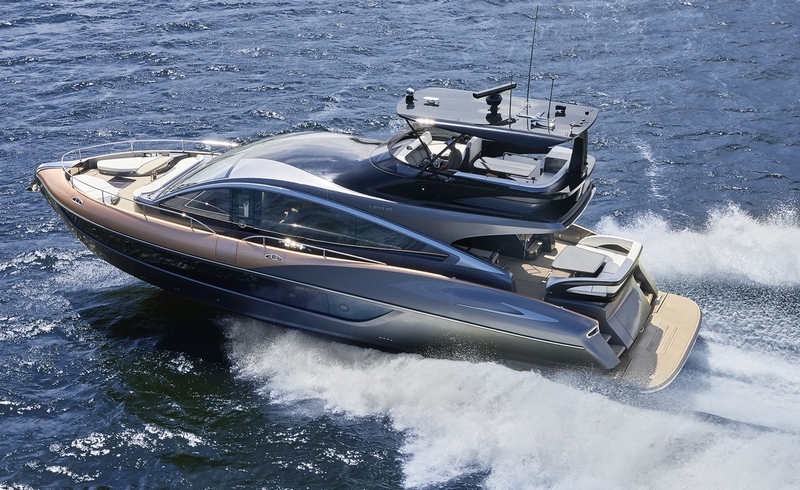 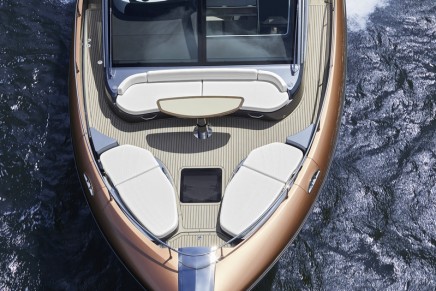 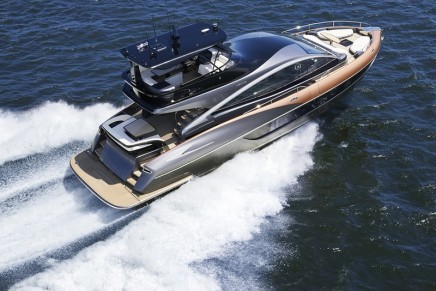 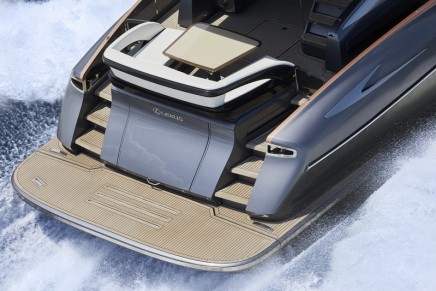 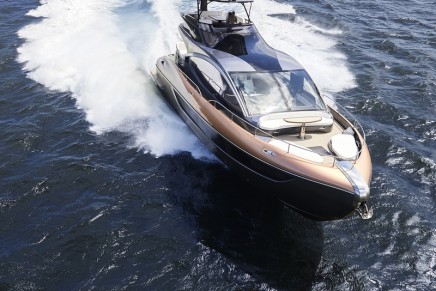 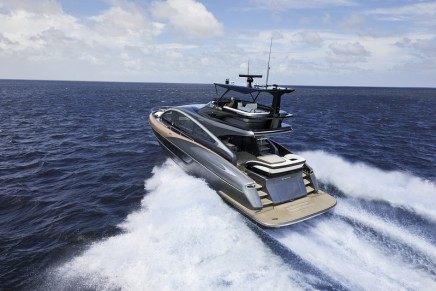 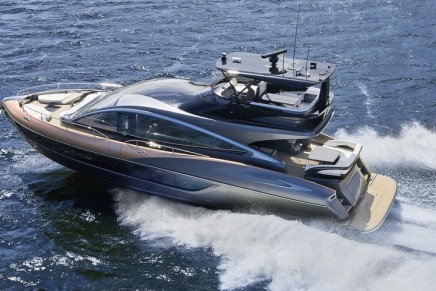 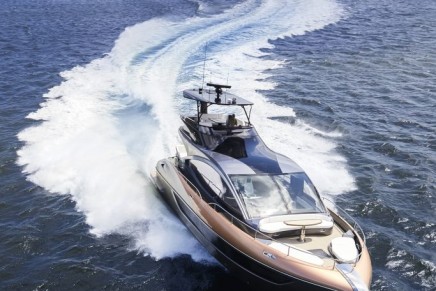 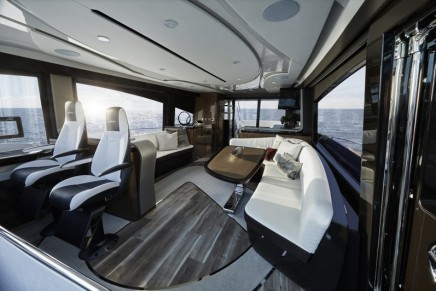