“Italy is a wonderful country. I imagined the Huayra Roadster as the perfect companion for travelling this open-air museum “ Horacio Pagani 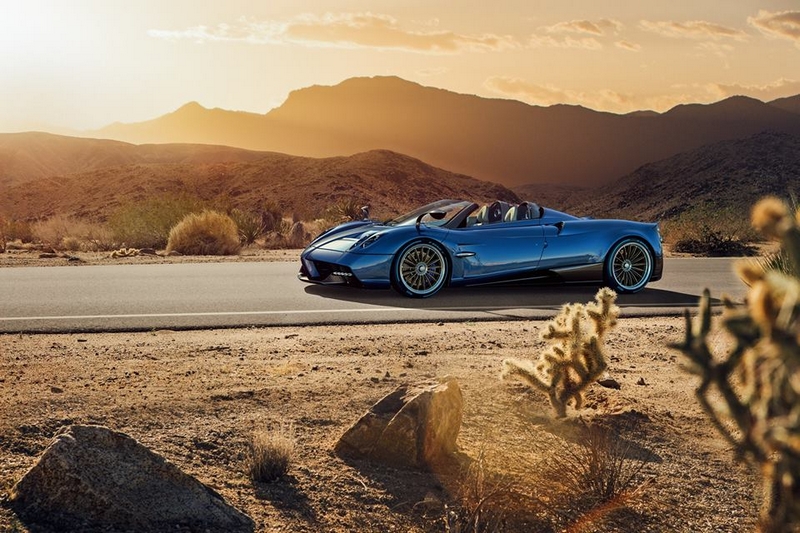 Even the smallest screw of this hypercar is designed to be both beautiful and functional. Huayra Roadster is Horacio Pagani’s open-air tribute to Huayra, the god of wind. This completely new project features a Carbo-Titanium and Carbo-Triax HP52 monocoque and represents Pagani’s first Roadster lighter than the Coupe. Huayra Roadster’s production is limited to 100 vehicles, all of which are already sold (Base price: € 2,280,000 + VAT).

First presented to the public in Geneva in 2011, the Pagani Huayra Coupe marked a new era of hypercars. The Huayra Coupe became the gold standard, raising the bar for lightweight build and innovative performance-based technology. This formidable combination earned the Huayra Coupe the most accolades in the automobile industry, second only to the Zonda. 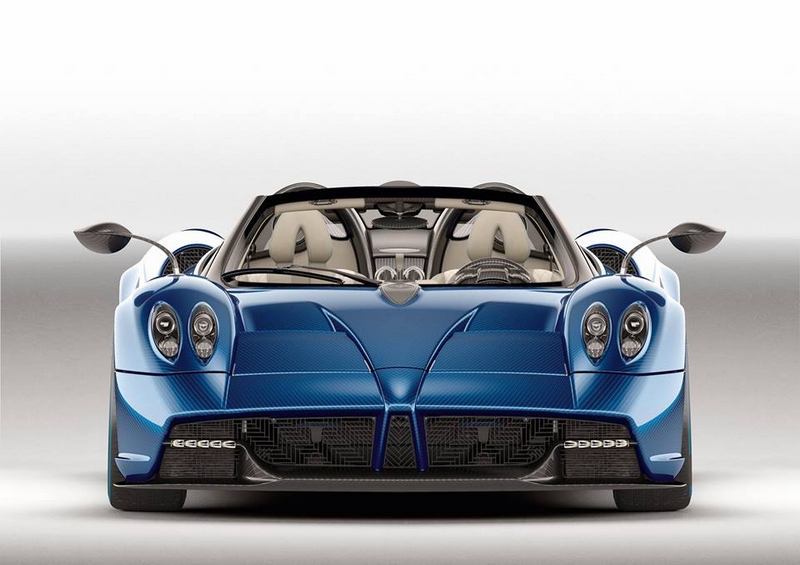 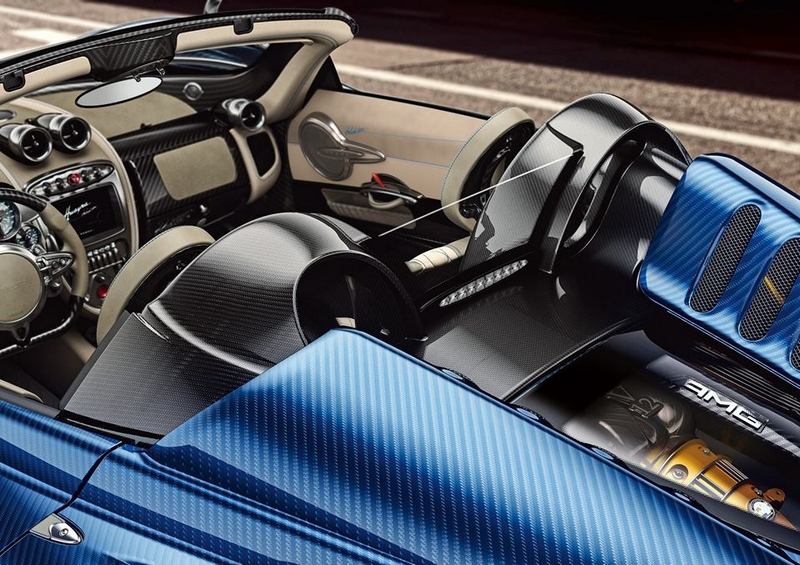 The Huayra Roadster project began in 2010, with the ostensibly simple idea of a Huayra Coupe with a removable roof and conventional doors, as was developed for the Zonda Roadster in 2003. In 2013, the design was scrapped and everything restarted from the beginning of the design process. In the end, the design closely follows in the tradition of Pagani – the vehicle best represented in the Huayra Roadster design: the Zonda Cinque Roadster.

Unlike most modern supercars, the Huayra Roadster is almost fully exposed, with nearly every mechanical part visible. The bonnet has a fundamental function: an elegant vitrine containing both the technology and the art of the engine.

Combined with a new form of composite material and developed for the Huayra Roadster, it is considered more advanced than materials used for Formula 1 cars. This complex and highly ambitious undertaking has allowed for a 52% increase in stiffness, at the same weight, thanks to the combination of the Carbo- Titanium and the Carbo-Triax HP52. The dry weight of the Huayra Roadster measures 1,280kg, about 80kg less than the Huayra Coupe, while also increasing in torsional flexional rigidity – an incredible achievement by its own right, from a purely technical standpoint. 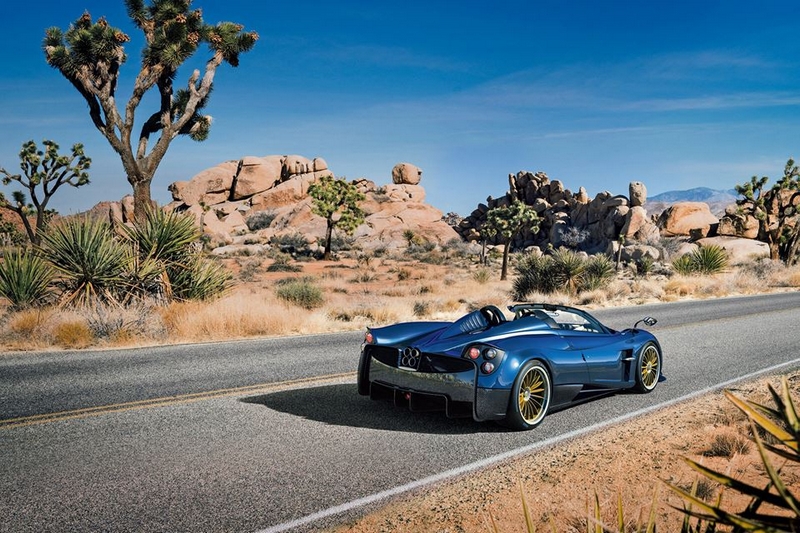 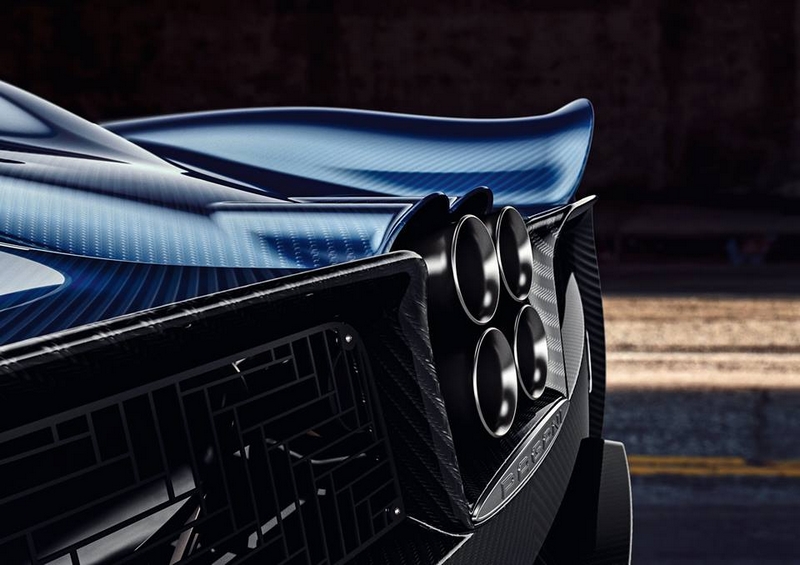 The Pagani Huayra Roadster is powered by the Mercedes-AMG M158 engine. The twelve-cylinder engine, builtspecifically for Pagani by Mercedes-AMG, has benefitted from the research and development done for the Huayra BC, delivering power of 764 HP at 6200 RPM, with a torque of over 1000 NM already available at 2400
RPM. The extraordinary power and torque of the Huayra Roadster is powered by a new gearbox seven-speed AMT successfully developed for the Huayra BC.

“Power is nothing without control.” This is the famous mantra that drove the Pirelli engineers to sculpt and design a specific rubber for the Huayra Roadster tires, allowing the vehicle to achieve an incredible performance of 1.8 g of lateral force. Performance was not the only factor in consideration for the development of the new tire; the Pirelli PZero Corsa for the Huayra Roadster was also designed to have a lower rolling resistance, reducing fuel consumption and CO2 emissions into the atmosphere. 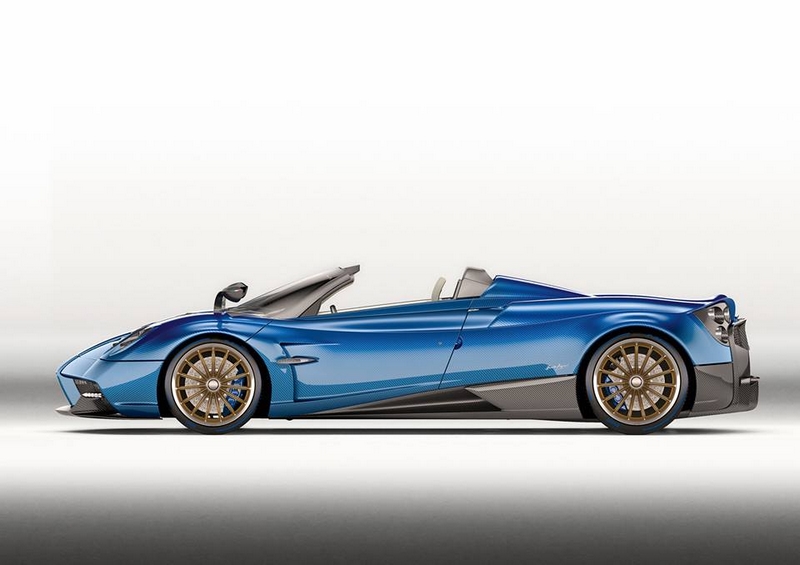 A great work of study, simulation and testing on 1:1 scale models in the wind tunnel, has been done to minimize turbulence and air flows which generally occur in an open-top car at the rear roll bar and front window level.

Pagani Huayra Roadster will be fitted with two types of roof. The first consists in a very light carbon hard top with a central glass element, very simple and quick to install. In this configuration it assumes the look of a coupe, with a glass roof that provides the passenger a unique brightness, protecting them from UV rays and also giving a sense of freedom typical of a Roadster even with the installed hardroof.

The second type of roof is a fabric and carbon cover that can be easily installed manually and can be stored inside of Huayra Roadster. 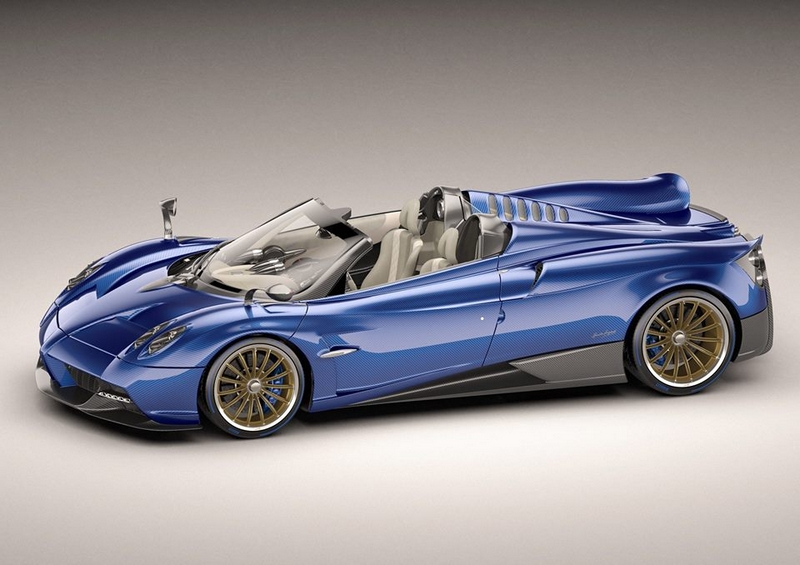 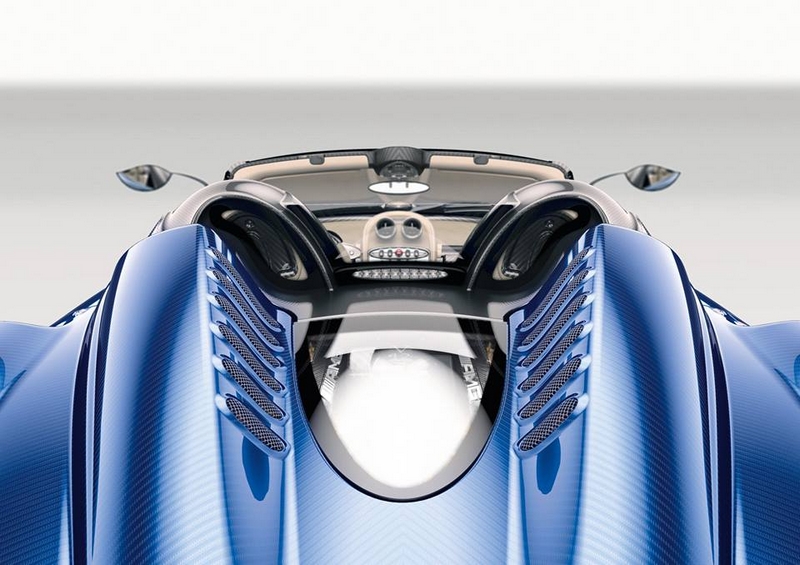 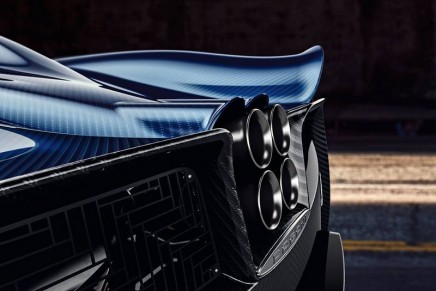 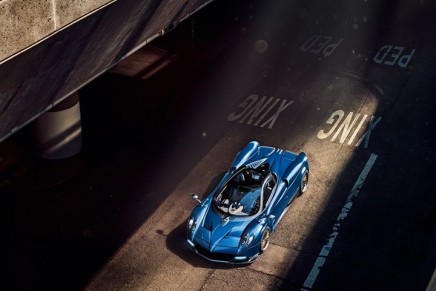 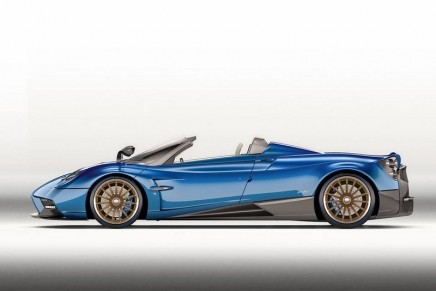 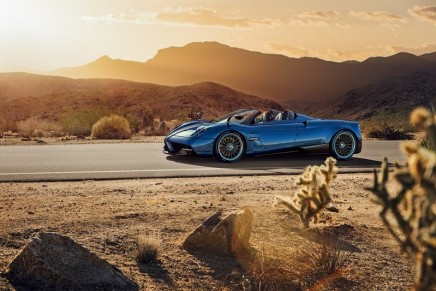 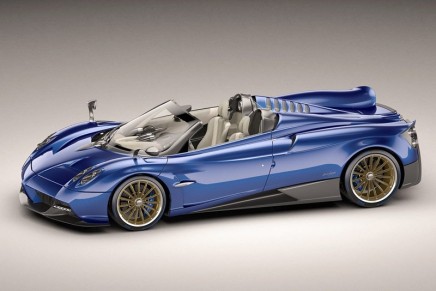 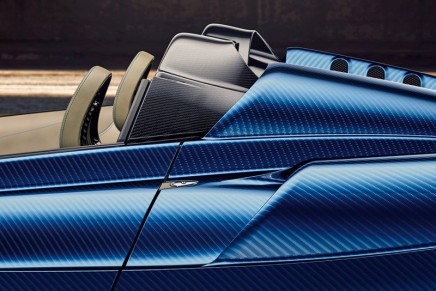 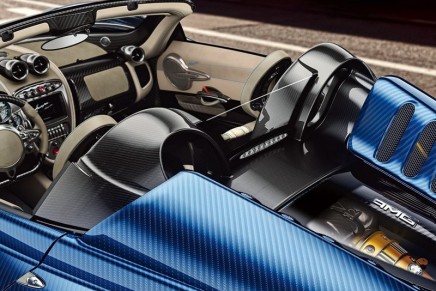 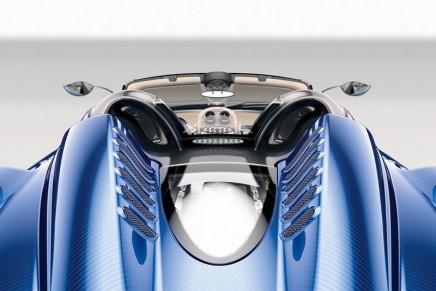