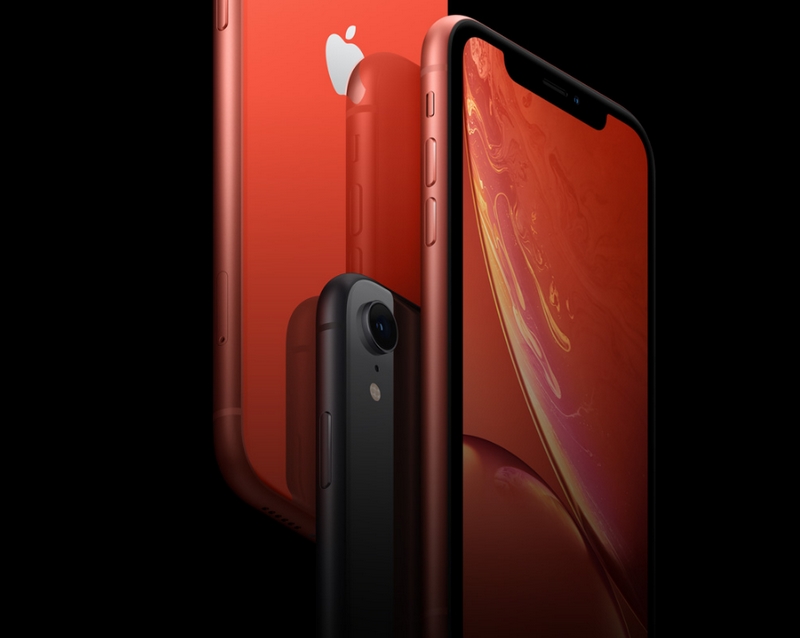 The first wave of verdicts from select reviewers given early access to Apple’s latest iPhone XR are here, and if their thoughts are any indication of what to expect, cheaper means better.

The Guardian, not given early access to the new phones, will review them at a later date. For now, this is what a privileged few thought of the cheaper, but not exactly cheap, 2018 iPhone.

Scott Stein writing for Cnet seems suggest think the iPhone XR is the hot-hatch of the iPhone world:

I haven’t been this excited about an iPhone model in years. The iPhone XR is built to be the best everyday phone engine in Apple’s iPhone lineup, based on things I value: price, battery, speed and key features like the camera. The iPhone XR is the sensible car with the good gas mileage, but with a supercharged engine under the hood and an understated spoiler on the trunk – and I love that. It’s what more Apple products should shoot for. It’s a good size and, very nearly, a perfect phone for its price.

For Lauren Goode, writing for Wired, the iPhone XR is a nice package, but one that doesn’t quite push the envelope:

The iPhone XR is not the most technologically advanced iPhone; many of Apple’s superior components have been reserved for the costlier device. But the iPhone XR is still a moderately great phone. It’s great not in the way that super-futuristic, game-changing technology devices are. It’s great in the way that a bunch of already-possible things have been packaged together cleanly and nicely.

The XR is a little wider, thicker and taller than the XS, but it never feels unwieldy. In fact, since it in sits in a nice little sweet spot between the XS and the massive Max, the XR arguably offers the best blend of size and usability. Build quality is up to Apple’s usual standards, which is to say it’s impeccable. The iPhone XR may cost less than the phones I reviewed a month ago, but it doesn’t feel like it. In fact, I’ve come to prefer the XR’s design over the others

Joanna Stern writing for the Wall Street Journal agrees, this is arguably the best iPhone for this year:

The long-held iPhone-nomics theory is that when you spend more, you get proportionately more, but the XR defies that.

Sure, there are some XR trade-offs, including a lower-contrast, lower-resolution LCD screen and a single camera on the back. But I barely noticed the differences in everyday use. Actually, after using the XR, I believe the XS has a bigger trade-off – namely, shorter battery life. When weighing the two options, decide what features you care about most. And keep in mind that, for most people, the “XS” stands for X … S … ive.

For Rhiannon Williams writing for the i newspaper the cheaper screen is noticeable:

This is likely to be one of the main reasons why the iPhone XR is less expensive: OLED technology is pricey but makes for richer, super-sharp and detailed displays. The iPhone XR’s display is still bright, but its 828 x 1792 pixel resolution lacks the pin-sharpness afforded by OLED technology. For many people, this won’t make a great amount of difference on a day-to-day basis, but it’s noticeably duller if you’ve become accustomed to OLED.

While colours are appreciated Alex Cranz writing for Gizmodo notes the iPhone XR can look a little cheap:

The first thing you’ll notice on most iPhone XRs is the colour. The XR is the first phone Apple’s produced in a playful colour palate in a while. Besides the traditional white and black, there’s also a lovely red, coral, yellow and blue. The colours are eye-catching, though the aluminium sides don’t match the vibrant glass backs. Consequently, the phone can look a little cheap, especially next to the stainless steel sides on the XS.

The XR lacks 3D Touch, the iPhone feature that lets users control some of the software by exerting pressure on the touch screen. Instead, placing your finger over a button, like the camera shortcut on the lock screen, and holding it down results in haptic feedback. This is a negligible omission: I forgot that 3D Touch even existed because I rarely use it.

Nilay Patel writing for the Verge doesn’t miss the telephoto lens on the back:

I rarely take zoom photos, so I didn’t miss the telephoto lens from the iPhone XS at all — especially since the iPhone XR can still take portrait photos with its single lens. In fact, I preferred the XR’s portrait mode to the XS, because the XR’s brighter f/1.8 lens and larger image sensor is much better in low light than the telephoto camera the XS uses for portrait shots. The quality of XS portrait mode shots tends to drop fairly quickly in low light, but the XR is actually pretty respectable. And the XR also takes wider angle portrait shots than the iPhone XS or the Pixel 3, which I find tremendously useful.

But Edward C Baig writing for USA Today misses the ability to use Portrait mode on objects rather than people:

The XR has a version of Portrait Mode, too, but Apple accomplishes the bokeh effect not with a separate camera, but through software and machine learning. The result isn’t quite as precise. On iPhones with dual rear cameras, you get a closer image with a more accurate sense of depth.

What’s more, the Portrait Mode on the XR works only when you’re shooting people. And while, granted, this is typically how you take advantage of the feature, I sometimes also use Portrait mode on other phones to shoot flowers or other close-up objects.

If you want an iPhone to last as long as possible between charges, the iPhone XR is it, according to Gareth Beavis, writing for TechRadar:

We won’t beat around the bush here. The iPhone XR completely backs up one of Apple’s big claims: that it offers the best battery life of any phone from the Cupertino brand.

Finally, we’re looking at an iPhone that can last for the whole day without giving battery anxiety. Of course, your mileage will vary with any phone, but we’re really impressed to see all the little tricks offered by the iPhone XS’ battery management (such as being able to be very power efficient when working as a car navigation system on GPS) but also just being able to go into a nice power-saving mode.

The iPhone XS and XS Max might be the best iPhones on paper for 2018, the consensus appears to be that a saving of £250 of the iPhone XR is worth the trade-off with slightly less boundary-pushing technology.

Although it’s worth noting that if you’re open to other manufacturers, £749 is around the same price as the top-spec Samsung, Google or OnePlus device of similar size, meaning while the iPhone XR may cost less than the iPhone XS, it’s definitely not cheap.