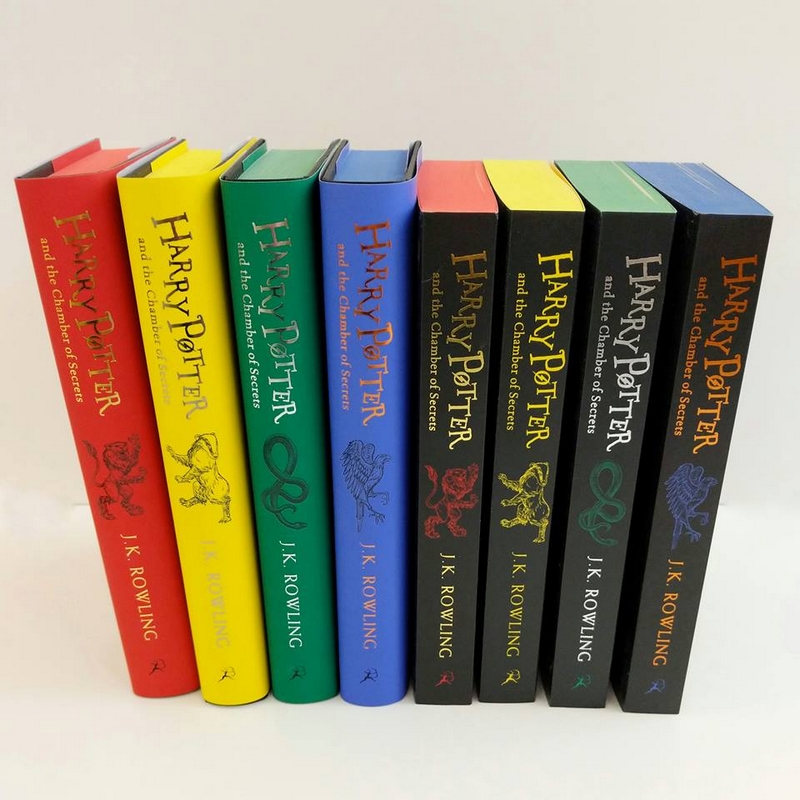 Harry Potter and the Chamber of Secrets House Editions are out now – have you got yours yet; photo: Bloomsbury Publishing UK

A surge in sales of Anthony Bourdain’s Kitchen Confidential and growing demand for the perennial favourite Harry Potter has helped to fuel a rise in first-half profits and revenue for the book publisher Bloomsbury.

The death in June of the 61-year-old TV chef and writer Bourdain resulted in a jump in sales of his no-holds-barred insider’s take on the New York restaurant business that catapulted him to fame when it was published in 2000.

Nigel Newton, the chief executive of Bloomsbury Publishing, said of the recent Kitchen Confidential sales: “It was unexpected; there were a lot of ebook downloads, a lot of people wanted to read his master work.”

The Harry Potter franchise continues to be Bloomsbury’s biggest money-maker with sales up 5% in the first half of this year, despite the surge in popularity last year before the 20th anniversary of JK Rowling’s creation.

“Last year’s Harry Potter anniversary generated one of the highest levels of revenue since the initial publications, and we’ve been pleased to build on this momentum in the first half,” Newton said.

If not for the growth in Harry Potter sales, Bloomsbury’s income from its children’s division, which remained flat at £31m in the first half, would have fallen 9% year-on-year. Newton blamed this on timings, with its biggest new children’s title of this year, the fantasy author Sarah J Maas’s Kingdom of Ash, published just outside the first-half reporting period.

The publisher was also boosted by sales of Michael Ondaatje’s The English Patient, which was awarded the “Booker of Bookers” earlier this year, to help lift revenues in the first half by 4% to £75.3m. Adjusted profits, stripping out costs relating to the purchase of the London-based academic publisher IB Tauris, rose 13% to £2.9m.

Revenues at Bloomsbury’s adult division, home to releases such as Kamila Shamsie’s Home Fire and Why I’m No Longer Talking to White People About Race by Reni Eddo-Lodge, grew by 22% to £15.9m. The adult and children’s operations fall under Bloomsbury’s consumer division, where revenues rose by 5% to £47m.

Bloomsbury wants to reduce its dependence on consumer titles, a necessity given the Harry Potter series has ended, and has been investing in academic and professional publishing. The business currently derives 62% of revenues from its consumer operation. “It would be ideal to be 50/50,” Newton said. “We are looking to be the perfectly balanced company.”

Just 13% of total revenues come from digital sources, such as ebooks and subscriptions to academic resources.