After one idea, two years of hard work & 32 years of maturation, The Intrepid – officially the world’s largest bottle of Scotch whisky – reached £1.1 million in Lyon and Turnbull’s 25 May auction. An adventure from the start, The Intrepid project is dedicated to the spirit and experience of exploration and adventure.

The world’s largest bottle of Scotch whisky, The Intrepid, standing at 5ft 11 inches tall and filled with 311 litres of fine 32 year old single-malt distilled at the prestigious The Macallan in Speyside in 1989, has sold for £1.1m ($1.375m) after going under the hammer live online in Lyon and Turnbull Wednesday 25 May auction.

Interest in The Intrepid, a collaboration between Fah Mai and Rosewin Holdings, came from across the globe with bidding taking place both live online and by telephone, eventually selling to an international collector. The bottle, which contains the equivalent of 444 standard bottles, was officially certified as the largest bottle of Scotch whisky in the world by Guinness World Records when it was filled last year.

The Intrepid project was created by Daniel Monk, of Fah Mai and Rosewin Holdings, in memory of his father Captain Stanley Monk (the auction day would have been his 80th birthday), and inspired by his passion for adventure, exploration and a desire to help raise money for several charities. 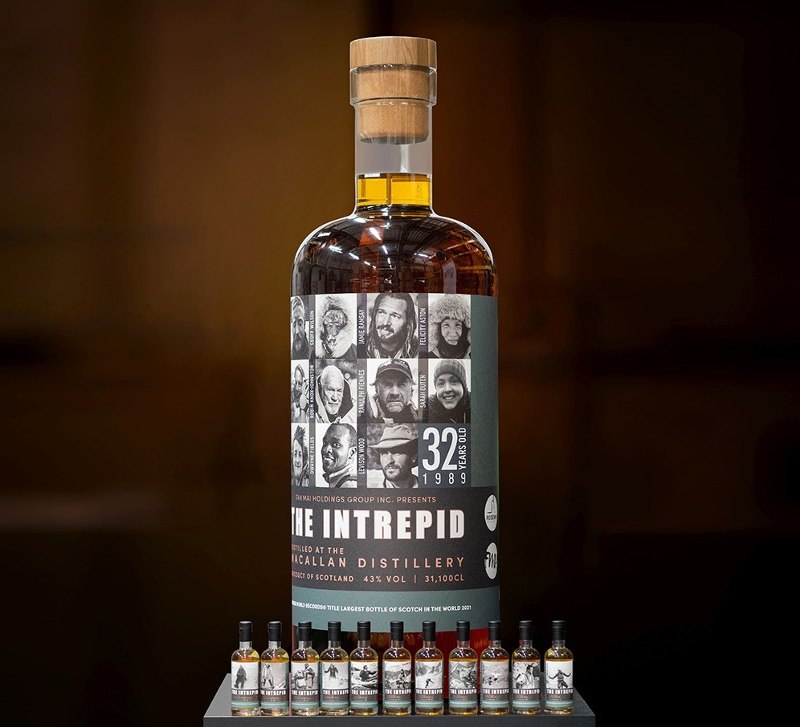 The team named The Intrepid to celebrate the drive and record-breaking achievements of 11 of the world’s most pioneering explorers who are featured on the bottle.

“For me and the whole team The Intrepid project has always been about more than money. This is a passion project to celebrate the life of my late father, Captain Stanley Monk who was himself an explorer and achieved many amazing things during his life. Today would have been his birthday so it was a perfect date to put The Intrepid up for auction.” – Daniel Monk, Founder of The Intrepid Project.

“The Intrepid project has been an adventure from the start. I wanted to do something positive over lockdown and the whole team has worked extremely hard with me to make it happen. I started contacting explorers during lockdown to get them on board and found people who could make and fill the largest bottle of Scotch whisky and together we have achieved the dream. I’d like to thank everyone involved in The Intrepid project, which is dedicated to the spirit and experience of exploration and adventure. This spirit has carried Jon Land, the project manager, and Sarah Crawley, our amazing designer, through the mighty challenges to get us where we are today. And last but by no means least, the Lyon & Turnbull team, who have gone above and beyond and become an integral part of this Intrepid journey.” 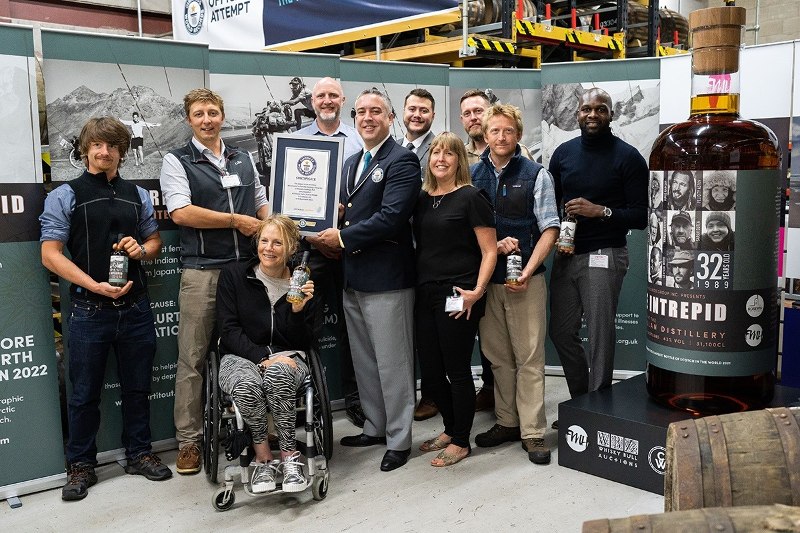 The project is supporting the explorers’ chosen environmental, physical and mental well-being charities. These include Marie Curie, selected by Sir Ranulph Fiennes, and Campaign Against Living Miserably (CALM), chosen by Jamie Ramsay.

The founders of The Intrepid project felt it was important to make the auction accessible to collectors at all levels and created a small number of exclusive bottle sets and miniatures as part of the lots that were offered in Lyon & Turnbull’s 25 May auction. These comprised a collection of 12 smaller 50 cl bottles, each filled with the remaining 32-year-old Macallan whisky from the same casks used to fill the record-breaking bottle. Each set included a replica of the main bottle design along with individual bottles dedicated to each of the explorers associated with the project.

Lyon & Turnbull Managing Director Gavin Strang said: “The Intrepid Collection, led by the world’s largest bottle of Scotch whisky, has attracted so much global interest. It has been an incredibly exciting project to be involved in and we at Lyon & Turnbull are delighted the auction has been such a success.

“It has been a pleasure to work with Daniel Monk and his team to help bring this project to fruition. It certainly isn’t every day you get to auction a bottle of high-quality single malt, that also happens to be a record breaker.”

Rosewin Holdings’ Director of Operations, Jon Land, reflected: “We are all delighted with this result. Over the past two and a half years, this giant bottle and everything it stands for has allowed us to gain exposure for exploration, following dreams, and general positivity in a challenging global climate. Thanks especially go to the 11 explorers, and we hope they have benefitted from being part of this bonkers project.

“Now, thanks to the sterling work of Lyon & Turnbull, the big bottle gets to start its next Intrepid chapter in a new place with a new guardian who hopefully has plans to put it on display where it belongs. The story continues…” 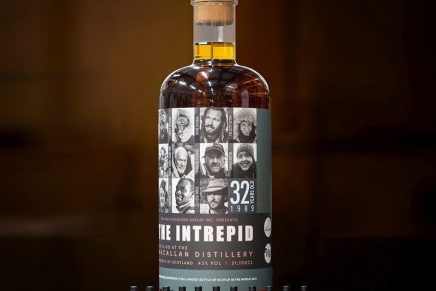 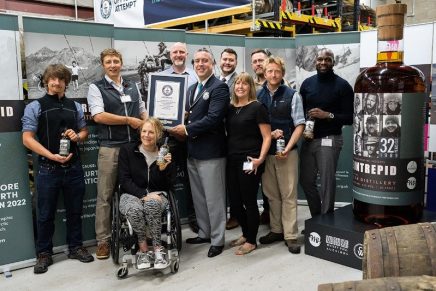 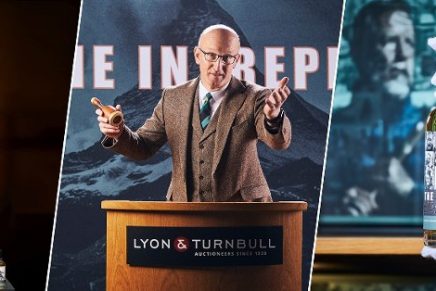