Exquisite treats served in the sky 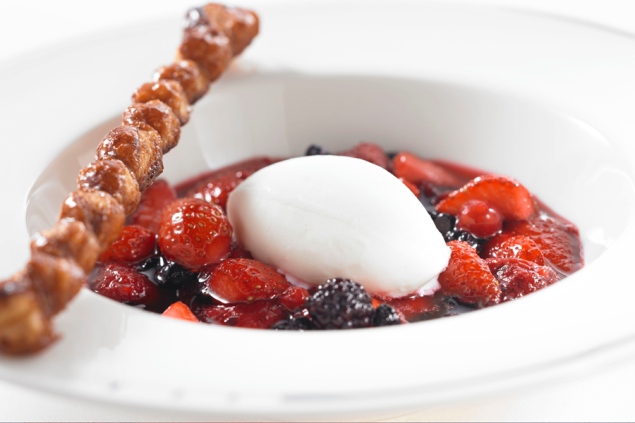 The internationally renowned and award-winning French pâtissier Pierre Hermé was enlisted by All Nippon Airways (ANA), the ninth largest airline in the world by revenues and the largest in Japan by passenger numbers, to cater its in-flight dessert menu from June 2012.

Pierre Hermé Paris, the creator of Haute Patisserie, has designed three specially-made desserts for ANA which will give customers a taste of the world’s very best patisseries. The full range of desserts will also be available for a limited period of time at Bar Chocolat of the Aoyama boutique, Pierre Hermé Paris’ flagship store in Japan.

“I have especially designed Haute-Patisserie creations for the passengers of All Nippon Airways. I hope these will fly you across a universe of flavours, sensations and pleasures for the time of your journey,” said Pierre Hermé, one of the most prominent pastry chefs of the 21st century.