Diamonds are a man’s best friend: Cufflinks by Milus. 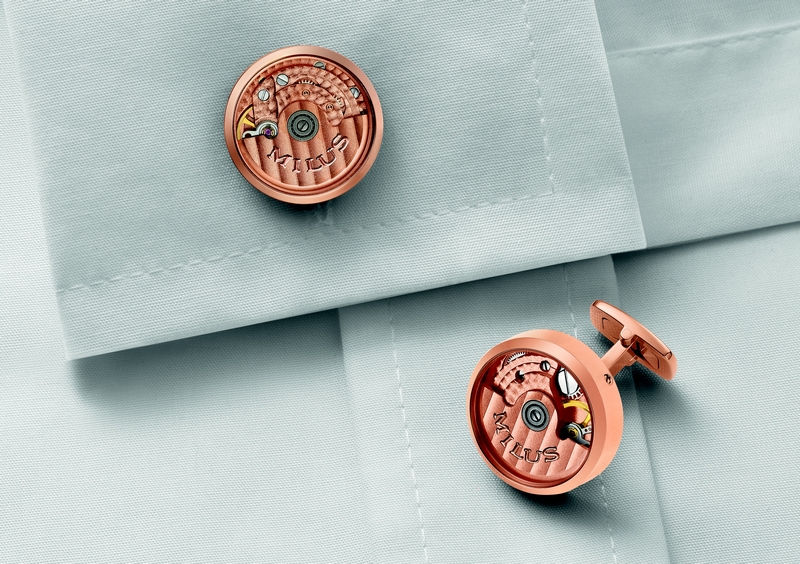 Diamonds are not just for women. They also sparkle on the wrists of men of refinement, in particular on haute horlogerie timepieces. Famous Milus’ “horological” cufflinks introduced in 2006 featuring a rotor spinning 360 degreeswith the movements of the wearer returned to this year’s Baselworld watch fair reflectin the playful spirit of time.

Swiss watch manufacturer Milus (founded in 1919) is following this flourish with a collection of four new references in steel with a slightly altered design and a variety of finishings. The rotor with its côtes de Genève ornamentation is framed by a bevelled bezel and covered with a sapphire crystal. It’s like looking into an authentic watch case. Four styles are available for the surface finishing: techno sober for the stainless steel, modern daring for the Blackor, classic chic in yellow-gold plating, cultured contemporary in rose-gold plating.

For those seeking to combine sparkle and style, Milus has designed a pair of cufflinks in white gold that have given rise to a brand new concept of elegance for men. The bezel of each case is set with 24 baguette-cut black diamonds – a rare stone that is reflected in the BlackOr treatment of the movement. As for the oscillating masses, they are each lit up with a perimeter of eight white baguette-cut diamonds. The interplay of light and colour is further enhanced by finishing that recalls the most beautiful mechanical movements, including the traditional “Côtes de Genève” on the rotor and delicate perlage on the bridges. Even watchmaker’s rubies were used to create the mechanism.

The precious Milus cufflinks for men are available in stainless steel, yellow or pink gold plating, black BlackOr, 18kt white-, pink- or red gold. The collection is rounded off with an exclusive creation featuring a compass and an airplane propeller. 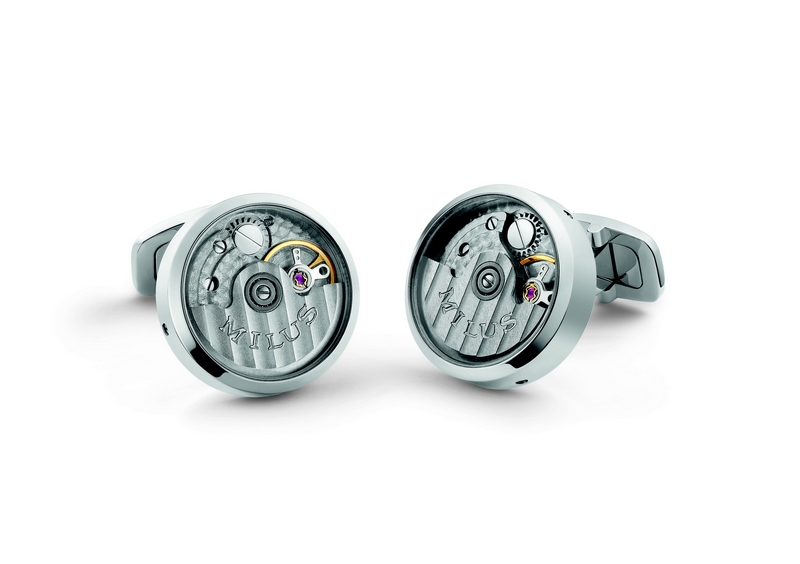 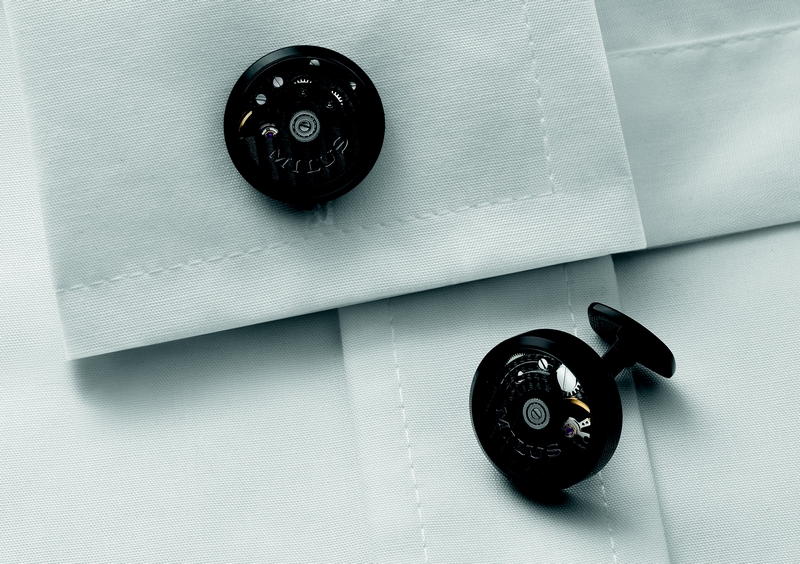 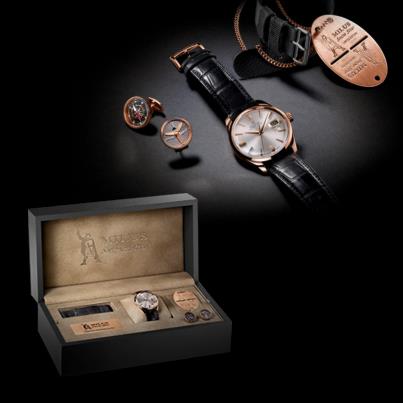