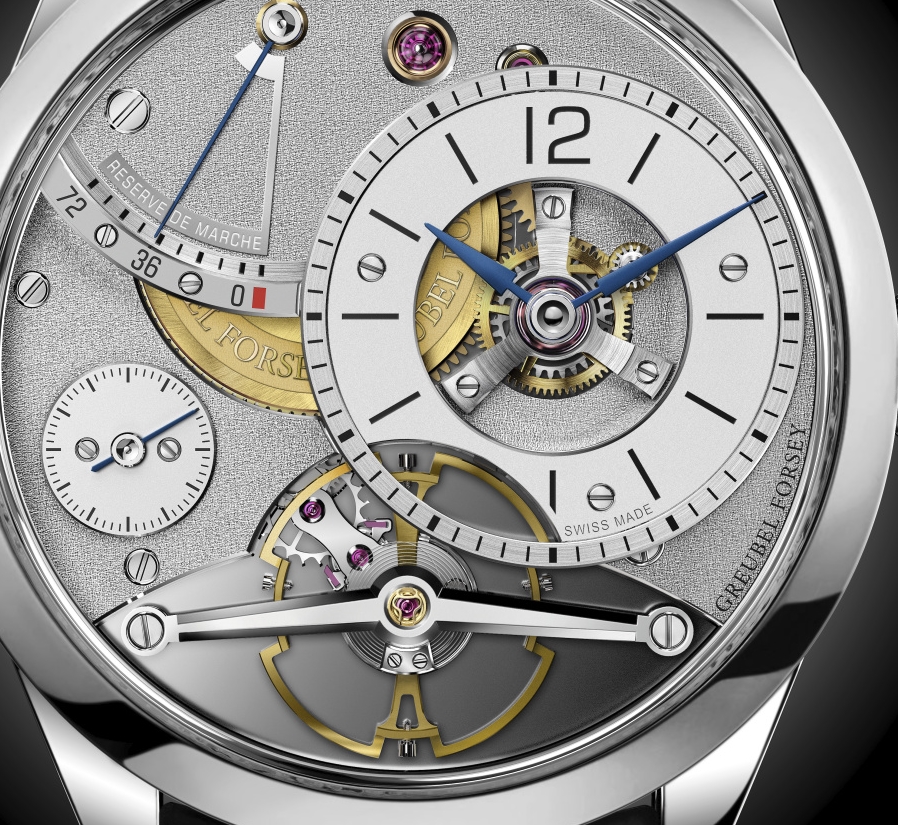 Aesthetically, Greubel Forsey Double Balancier is both understated and complex.

A wide aperture catches the eye with powerful three-dimensional aspects, extensively revealing the heart of the mechanism. We are diving into an architectural world built on many levels, a miniature futuristic city constructed between the balances whose inclination is decidedly dizzying.

This highly original creation is distinguished by its 39.6 mm diameter, a first from Greubel Forsey which generally builds larger luxury timepieces. The challenge here was not only to house the large balance wheel within a limited space, but above all to achieve optimal proportions and an attractive three-dimensional construction, as well as safeguarding the emblematic aesthetic codes of the timepieces built within the Atelier. A daunting endeavour that required several years of development in order to create an appealing and unmistakably Greubel Forsey creation.

Since 2004, Robert Greubel and Stephen Forsey have devoted a significant amount of time to opening up whole new horizons for the most daring mechanical complications. They have also turned their attention to the “fundamentals” of watchmaking, investigating them in a spirit of efficiency and perfection. 2017 saw the unveiling of an exclusively designed balance wheel system, entirely developed and crafted in the Greubel Forsey Atelier just outside La Chaux-de-Fonds. The innovative balance wheel is distinguished by its large 12.6 mm diameter ensuring optimal timekeeping stability. To enable fine adjustment of its moment of inertia, the balance rim is fitted with six gold mean-time screws, recessed in order to guarantee optimal aerodynamics by reducing air friction. This results in enhanced chronometric performance and facilitates adjusting by the watchmaker. This exclusive regulating organ was initially launched in a limited edition named ‘Balancier’, within Greubel Forsey’s iconic asymmetrical case in a white gold 43.5 mm diameter version measuring 13.94 mm high.

The entirely reimagined display side plays with split levels as well as various materials and finishes. In this three-dimensional transparent architecture, drawing the gaze into a rotational movement, each of the indications is perfectly highlighted so as to ensure optimal legibility. The offset hours/minutes dial appears at 2 o’clock with its blued steel hands featuring hand-polished countersinks and flat polished centres, along with its apertures revealing the exclusive Greubel Forsey balance wheel, gear train and three-dimensional tripod bridge.

At 10 o’clock, on a slightly lower level, a finely hand-frosted bridge houses the power-reserve display graced by a slender blued steel hand. Just below it, between 8 and 9 o’clock, the small seconds rotates steadily, supported by a frosted and bevelled bridge providing a glimpse of the gilded barrel drum with Greubel Forsey engraving. Proudly showcased at 6 o’clock in keeping with its stature, the exclusive balance wheel is set against the background of a bridge meticulously hand-polished by an experienced craftsman to obtain the famous mirror polish that is a supreme goal for watchmakers. The balance wheel pivots at the top in a slim, carefully bevelled and flat black-polished bridge. This perfectly balanced composition is framed by a slim white gold bezel, while a high-domed sapphire crystal ensures optimum transparency. 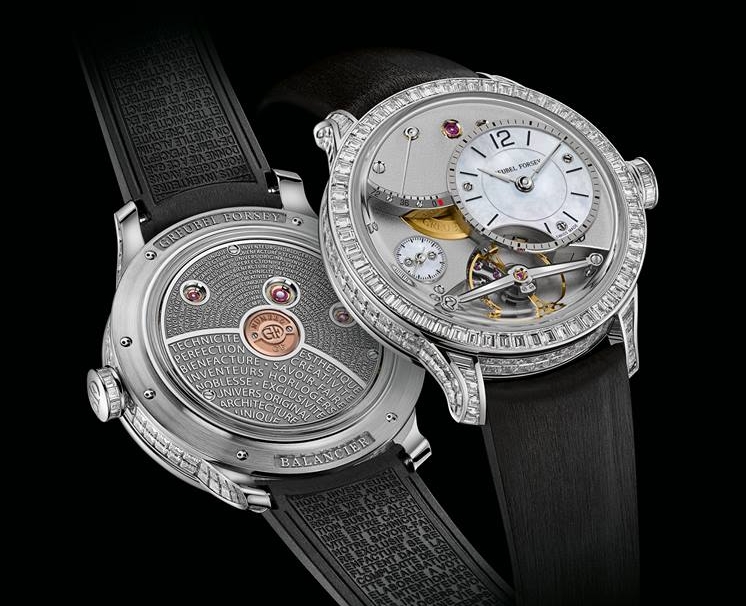 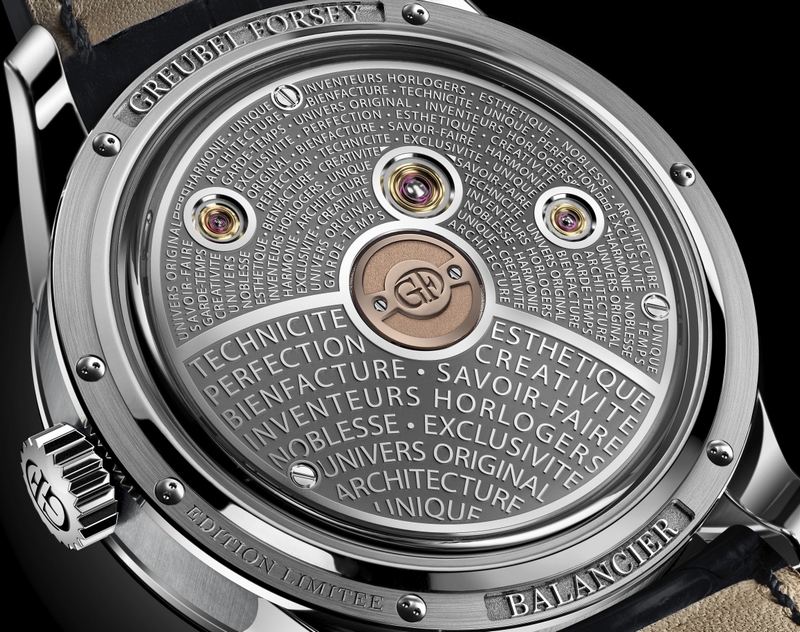 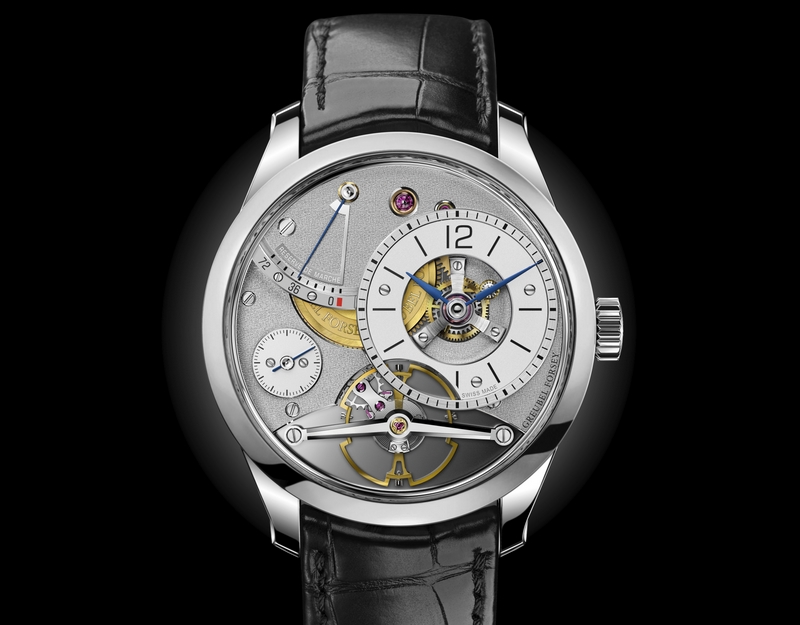 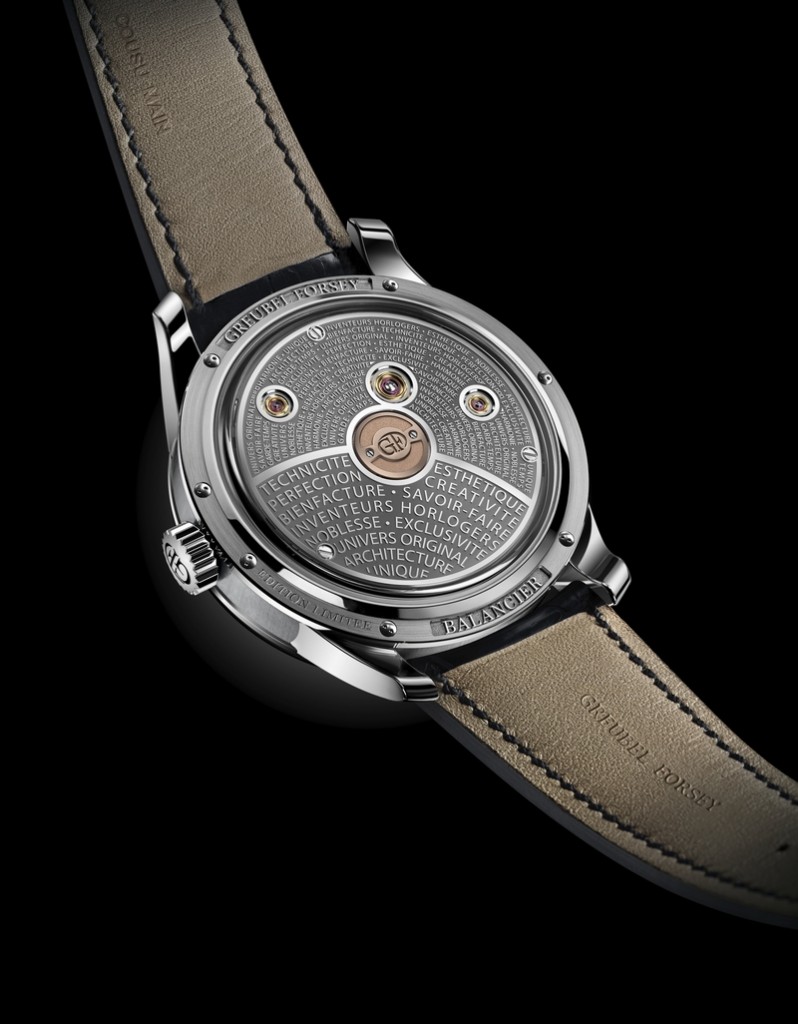 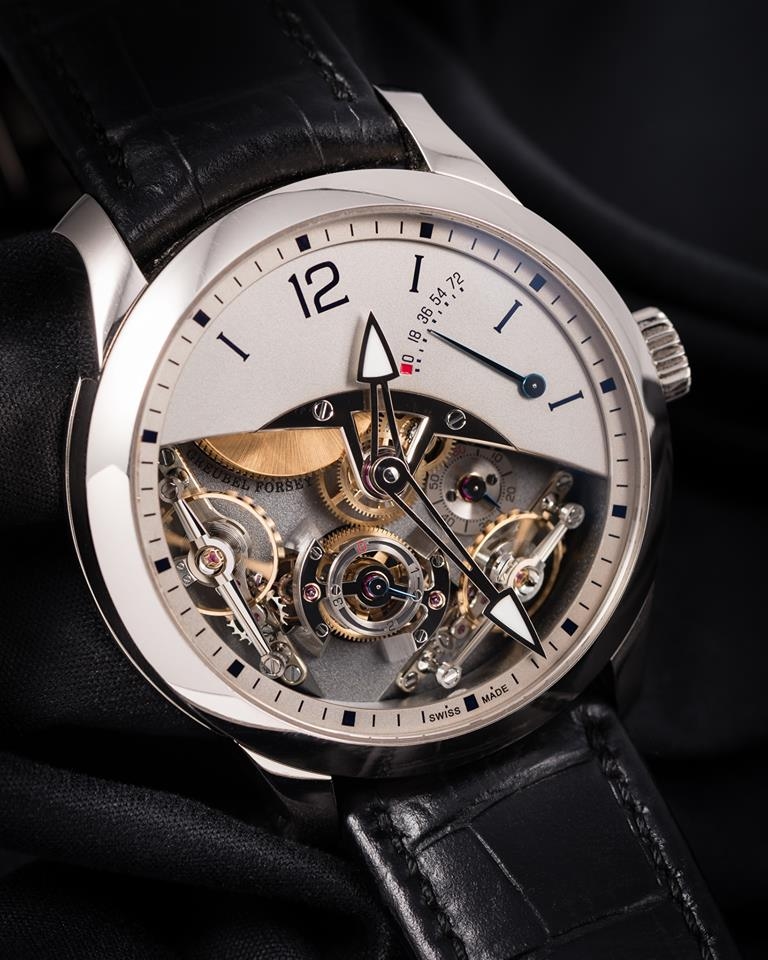 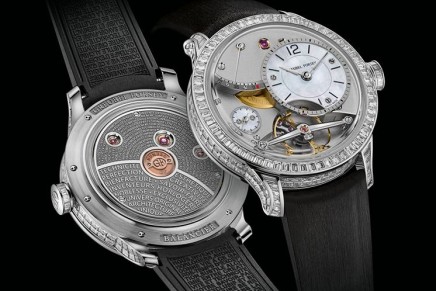 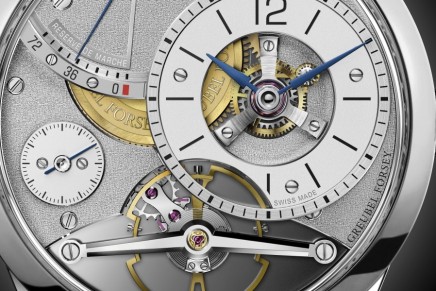 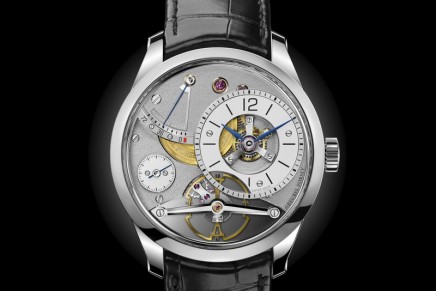 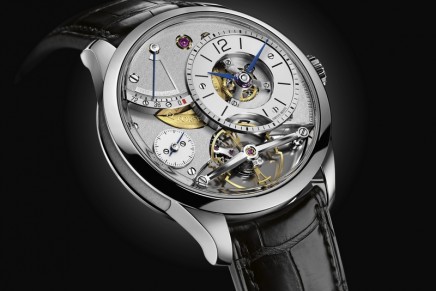 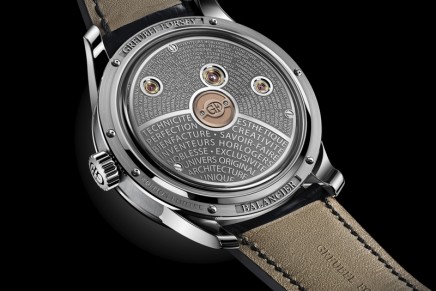 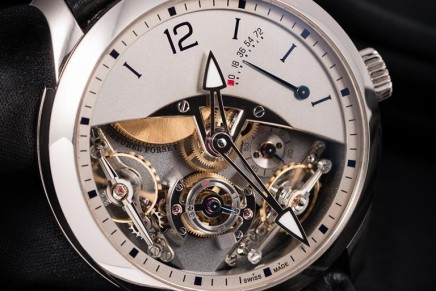 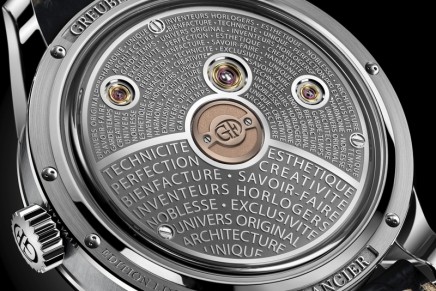