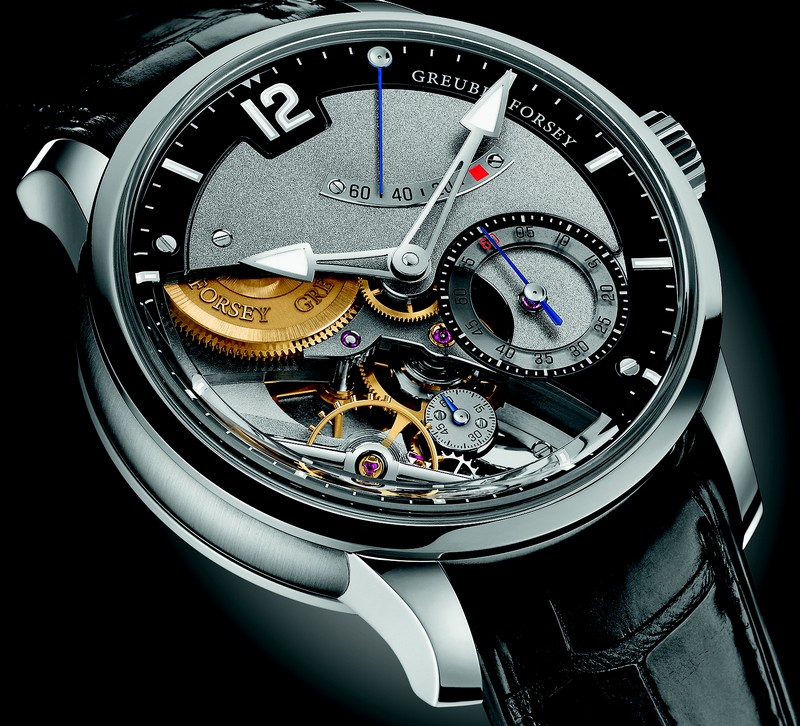 The aesthetics of this timepiece flow from everything that’s purest in Greubel Forsey’s mechanical spirit. A large opening in its dial allows a glimpse of all the beauty and complexity of the movement. The dial side has a high-domed sapphire crystal that gives this new creation a refined silhouette. The movement side shows the “stop/reset” mechanism and the engraved inscriptions which encapsulate the key values that Robert Greubel and Stephen Forsey instil in their creations.

After years of research and development, Robert Greubel and Stephen Forsey are especially proud to present a timepiece that contains their 5th Fundamental Invention: the Différentiel d’Égalité.

It ensures a regulated driving force and improves the accuracy of the timing performance. It is also the first time that Greubel Forsey has integrated a dead-beat second in one of its timepieces. 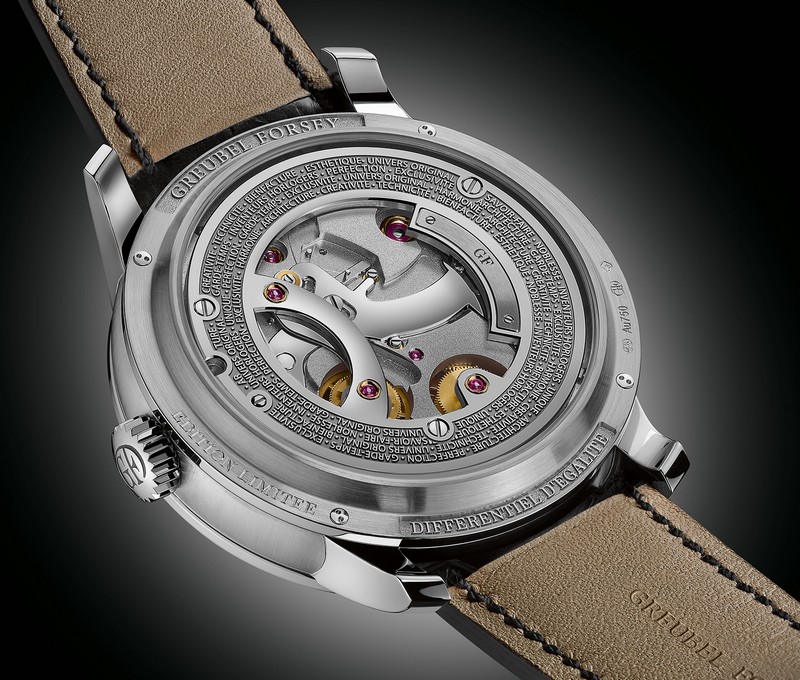 Robert Greubel and Stephen Forsey first unveiled their invention at Baselworld 2008 as part of the EWT Laboratory and then presented a more advanced version of a technical demonstrator at SIHH 2018 – Salon International de la Haute Horlogerie Geneve.

Since then, further exciting paths have been explored to help optimise accuracy in this new timepiece. The Différentiel d’Égalité enables steady distribution of power from the mainspring barrel to the regulating organ, which maintains a constant balance amplitude during the 60 hours of the power reserve.

In a first for Robert Greubel and Stephen Forsey, this timepiece features dead-beat seconds. This makes it easier to read and to set the time precisely. The timepiece is equipped with a balance wheel stop and seconds reset activated by pulling the crown. The heart and the hammer of this mechanism are visible on the movement side. The 30° angle of the balance wheel and escapement minimises the effects of gravity and ensures efficient movement performance in stable positions. This Greubel Forsey technique guarantees excellent mean/averaged balance wheel performance, which is the mark of heightened timekeeping accuracy. All of these components work together magnificently to help improve performance. 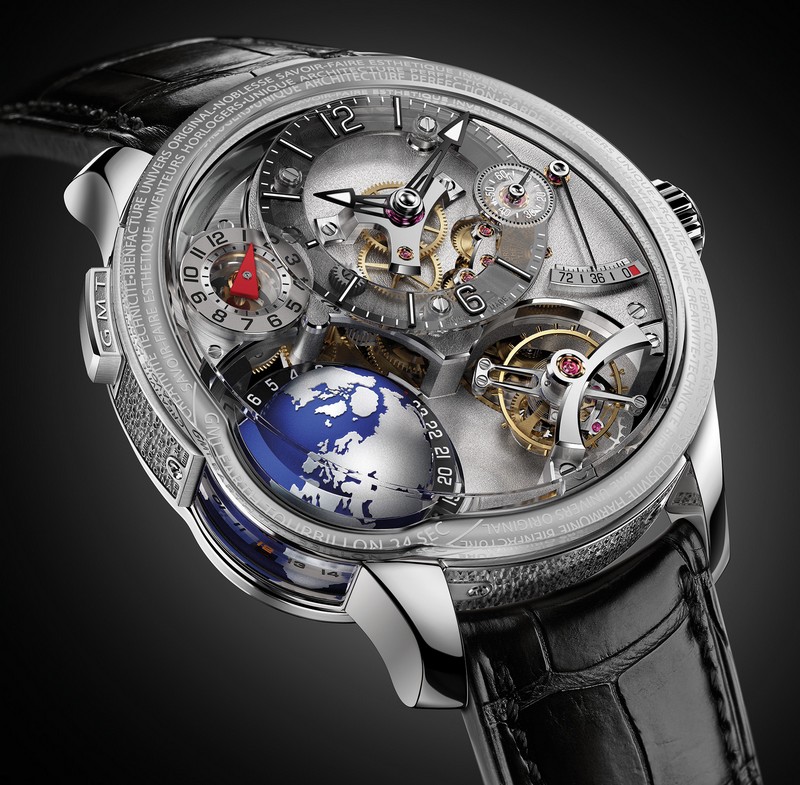 Robert Greubel and Stephen Forsey took up a significant challenge with the GMT Earth: how to offer a comprehensive, three-dimensional view of the terrestrial globe, from the North to the South Poles. They approached the architecture of this timepiece from a different angle to give the movement and the case a more prominent role. The GMT Earth enables a clear view of three time zones simultaneously to within a quarter of an hour.

Furthermore, on the movement side of the timepiece, 24 time zones are displayed with the summer and winter times to complement the universal time indicated by the terrestrial globe. 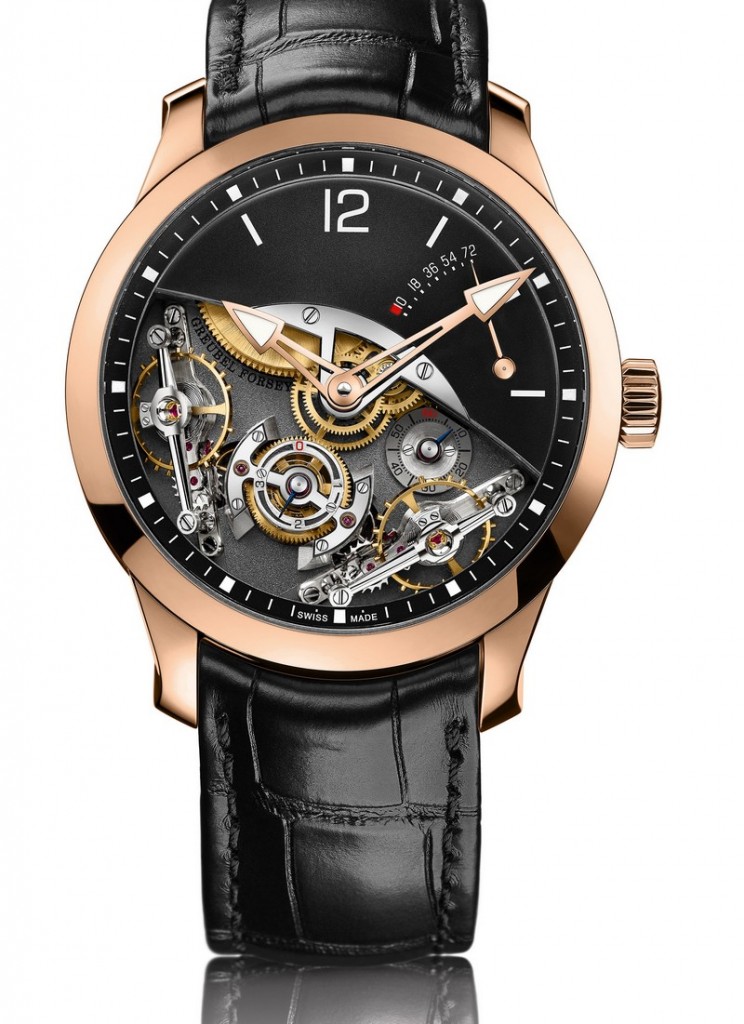 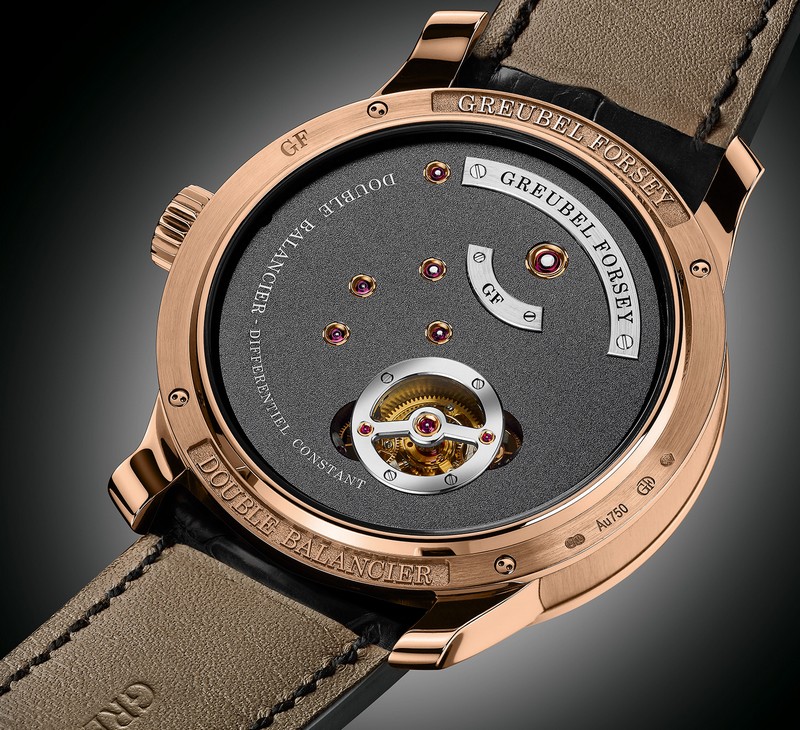 Aesthetically, this timepiece is both understatedand complex. A wide aperture catches the eye with powerful three-dimensional aspects,
extensively revealing the heart of the mechanism. We are diving into an architectural world built on many levels, a miniature futuristic city
constructed between the balances whose inclination is decidedly dizzying. The 5N red gold hands and matching case amplify the noble
aura of this timepiece. 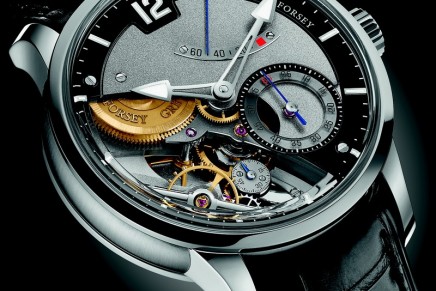 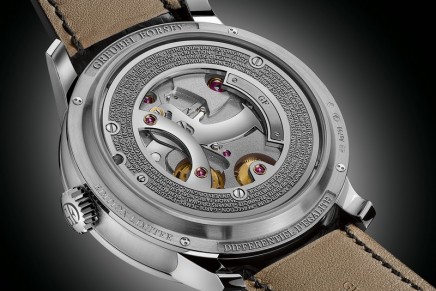 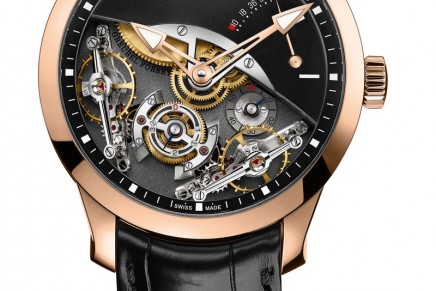 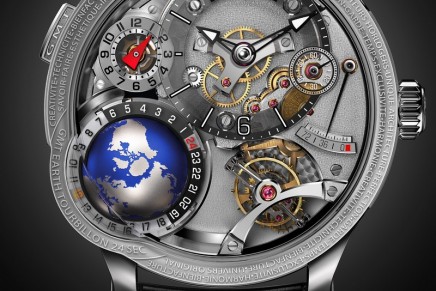 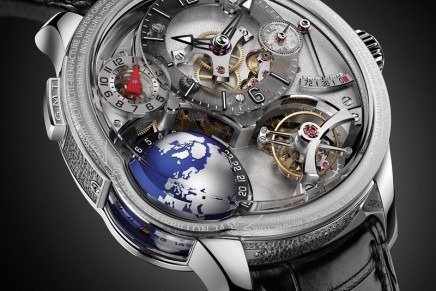 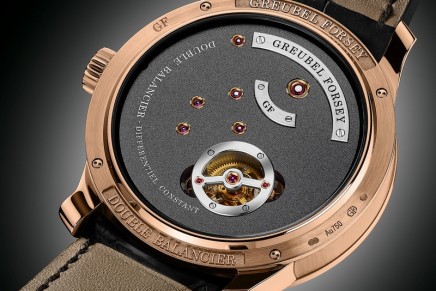 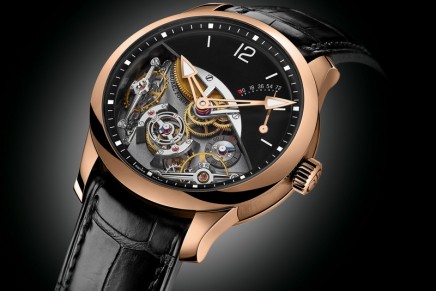