Is just a good phone not enough for you?

The mysteries of the far space excite the imagination.

In the new Discovery Solarius Collection, the Russian luxury brand Caviar introduced a new design of the iPhone 11 Pro incorporating 500 grams of gold, 137 diamonds, and tourbillon watches with the souvenirs from celestial bodies. 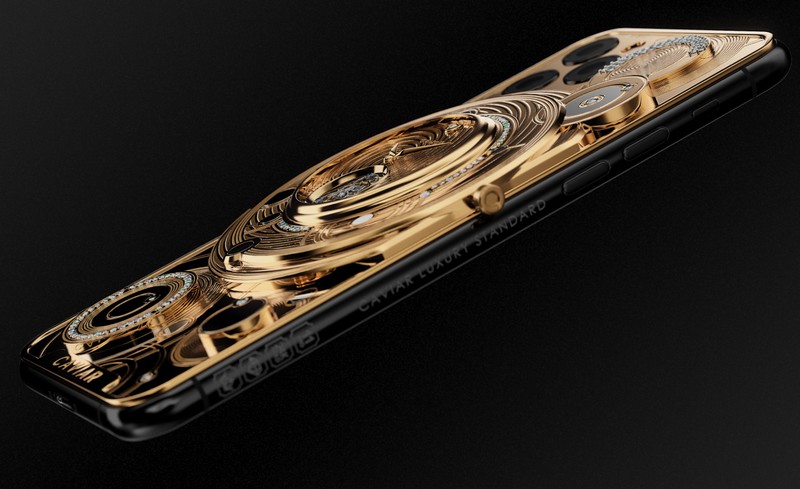 “The luxury smartphone phone model turned out to be extremely weighty, but this provides special value to it as a bar of gold actually lies in one’s hands.”

The concentric circles of gold and diamonds, constantly moving tourbillon watch built into the luxury smartphone’s body symbolize the eternal life that Sun gives to our planet. The watch face features a precious yellow diamond called “the sunstone”.

“For everyone who wants to be involved in the heroic space exploration, want to embrace the romance of the interplanetary travel and solve puzzles of the vast Universe, we created the extraordinary Discovery Solarius collection. Now, everybody has a possibility to become an owner of the unbelievable wealth of the Solar System”, commented Caviar’s team of designers. 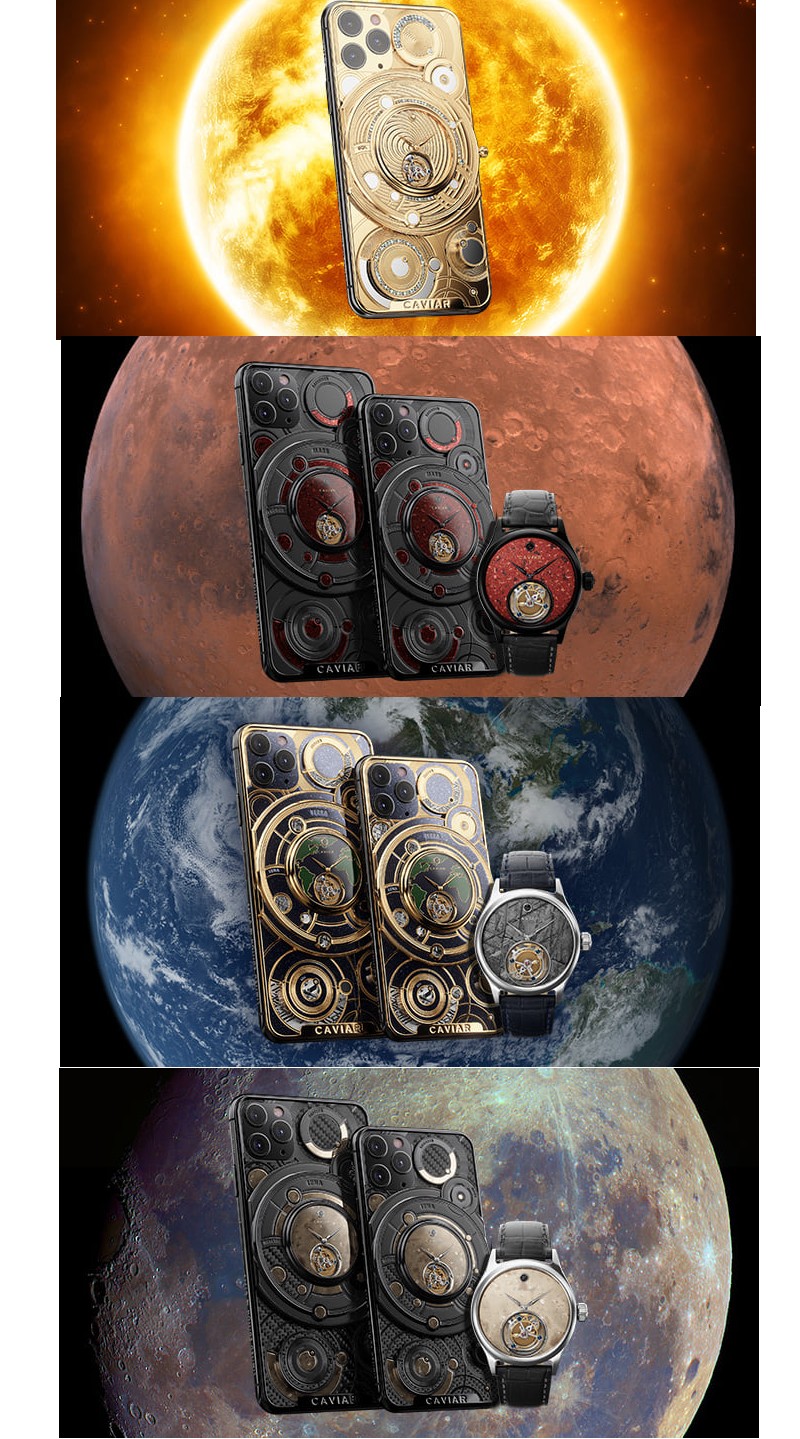 According to Caviar, the pieces of the meteorite, Mars and the Moon used in the new uber-luxury collection, were mined at the places where meteorites of cosmic and planetary origin have fallen. “The pieces of Mars and the Moon were mined from the rests of the meteorites that had formed on these planets and fallen to the Earth. All the fragments of alien bodies are certified by the Expert Gemological and Mineralogical Consultation of the f the Mineralogical Museum of the Russian Academy of Sciences,” said Caviar in a statement.

Caviar also released an extravagant collection with clothes that belonged to the legendary personalities: the iPhone 11 Pro Superior design line with Steve Jobs’ roll-neck, Mohammad Ali’s gloves and concert outfits of The Beatles. 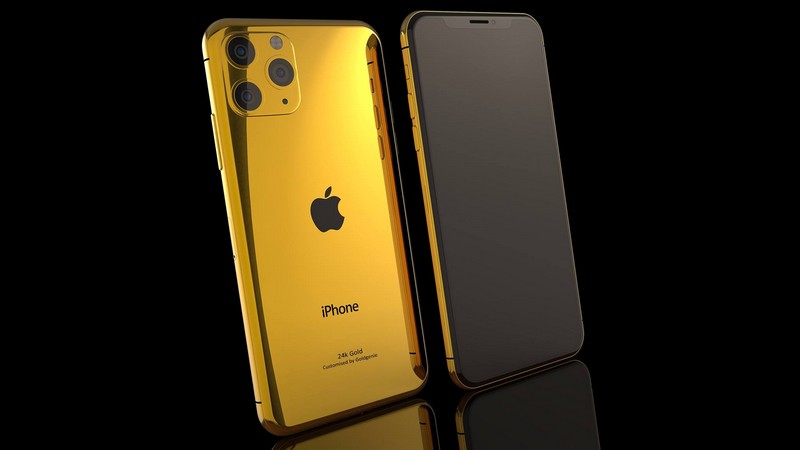 Goldgenie, the go-to customization service for a number of blue-chip organisations – including Lexus, Honda, Toyota and Nokia, is selling limited-edition models of iPhone 11 Pro and Pro Max. Their smartphones are customised in 24k Gold, Rose Gold and Platinum. Goldgenie phones are sim Free/ work on ALL networks, and are provided with a lifetime warranty.

Last month, Goldgenie added a touch of luxury to the Blackberry Porsche P’9981. Milled from a solid block of 24-carat gold, the Porsche of Phones is finished with a 24-carat gold layer and features a limited edition number position on the camera cover, located on the rear side of the phone. “Luxurious doesn’t even begin to describe this phone, with only 25 units made worldwide this is truly a ‘one-of-a-kind’ gift. Or purely a purchase to spoil yourself with!” said Goldgenie. The company is one of the world’s premier gold-plating and customization brands.

In addition to this beautiful piece of technology, the owner will receive wired earphones, desktop charging cradle pod, polishing cloth and full documentation of your product. 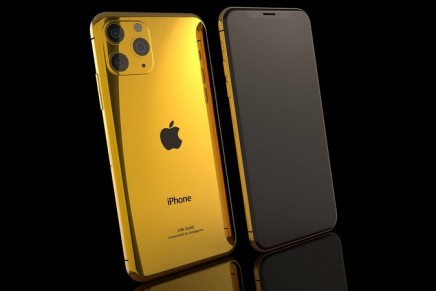 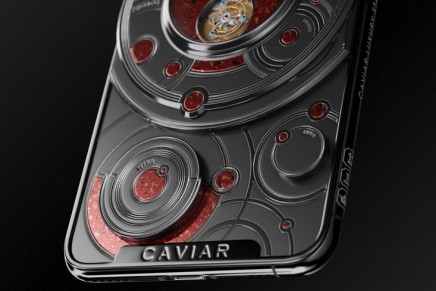 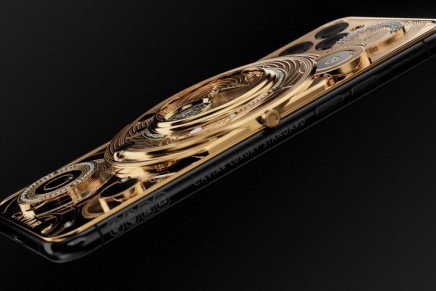 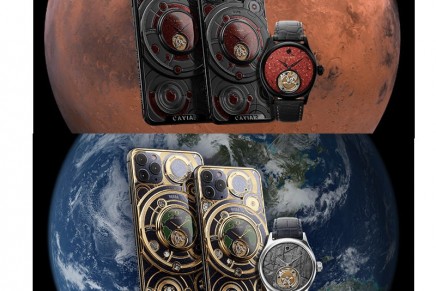