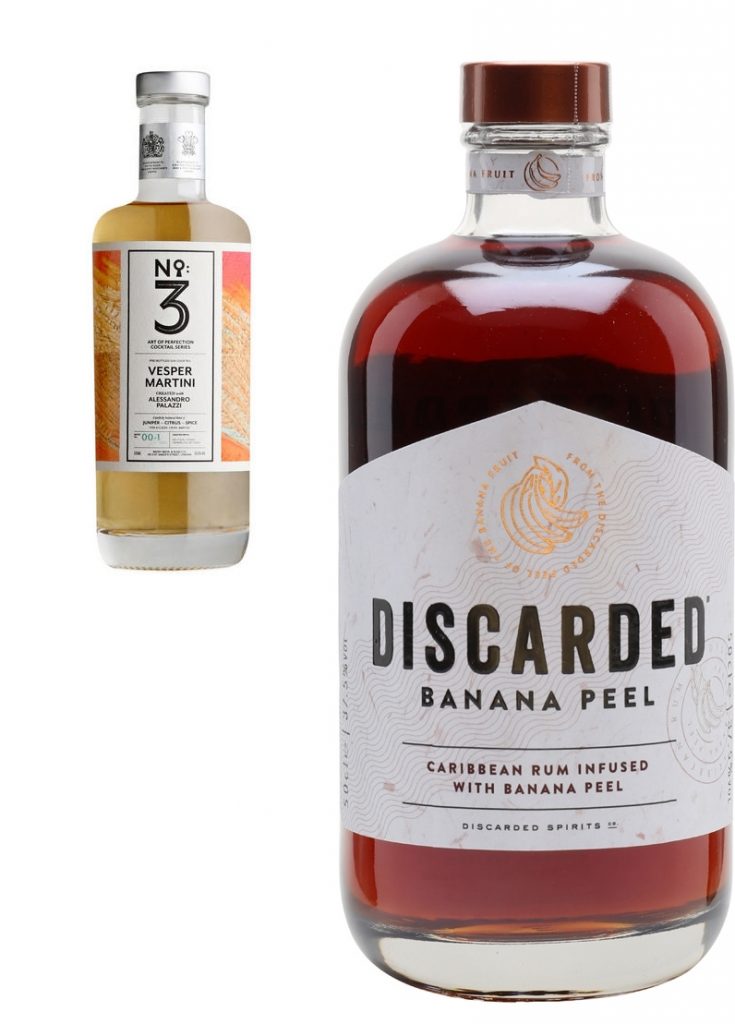 This article titled “Get in the Christmas spirits (and pre-mix cocktails)” was written by Fiona Beckett, for The Guardian on Friday 11th December 2020 14.00 UTC

Who would have thought that the main trend in spirits at the end of 2020 would be not gin (for once), or even up-and-coming rum, but ready-to-drink cocktails? I’m not talking about the rather wimpy cans of cosmopolitan et al that have been around for a while, but posh cocktails of the kind you get in the swankiest bars. In fact, that is exactly what they are, bars having followed in the footsteps of restaurants by making their wares available for takeaway.

You could, for example, now order a friend a Vegan Honey Old Fashioned (£22 for two serves, 29%) from top mixologist Ryan Chetiyawardana of Lyaness or a whole bottle of the legendary Alessandro Palazzi’s No 3 Vesper Martini (£29.95 for 50cl Berry Bros & Rudd, 28.6%). Neither of them are cheap, true, but look on them as the liquid equivalent of a Michelin-starred meal. If you’re not too much of a negroni purist, you should also enjoy Harvey Nichols’ very festive-looking Blood Orange and Clove Negroni (£35 for 700ml or £6 for a single, stocking-sized serve, 24.4%).

I reckon you could also make an interesting cocktail with Discarded’s surprisingly delicious Banana Peel Rum (£24.95 for 50cl The Whisky Exchange, £25 Ocado, 37.5%), which, since Nigella did for banana skins what Delia once did for cranberries, is the ingredient de nos jours.

There are also cocktails infused with smoke, but then there’s smoky everything these days. I like Daylesford’s Smoked Rum Sour (£12 for 200ml, 14%), which tastes like a slightly smoky Caribbean rum punch, and Burning Barn’s Smoked Rum (£32.70 for 70cl Master of Malt, 40%), a dark, sweet, sugary rum with a hint of bonfire. And if you’re a fellow fan of that quintessential smoky drink, Islay whisky, the self-consciously cool Seaweed & Aeons & Digging & Fire (£32.95 for 70cl Master of Malt, 40%), sourced, apparently, from “an unknown distillery”, should appeal.

While we’re on the subject of whisky, who knew you could buy a single malt from Devon? Dartmoor Whisky offers three finishes, of which I personally like the savoury, winey Ex-Bordeaux Cask Single Malt (£59.50 for 70cl, 46%), but the distillery also has a smartly packaged and rather more affordable “Discovery Set” (£29.95 for three 50ml bottles), if you’d like to try all of its current range.

If, on the other hand, you’re drawn by more Christmassy flavours, go for Aldi’s comfortingly warming The Infusionist Sloe and Elderberry Gin Liqueur (£11.99 for 50cl, 26%), which would happily do duty for a glass of port, or Dorset-based Black Cow’s festive Christmas Spirit (£25 for 50cl, £30 Harvey Nichols, 37.5%), which is basically a mulled wine-style vodka.

As for gin – well, you didn’t expect me to ignore it altogether, did you? – two you may not have come across are the new, really scrumptious and full-strength The Lakes Pink Grapefruit Gin (£33 for 70cl, 46%), which genuinely does taste of fresh pink grapefruit, and the alpine-inspired Off-Piste Gin (£38 for 70cl, 40%), which comes in a fabulously wintry bottle.

Finally, there’s everyone’s dirty little Christmas secret: cream liqueur. I’m slightly embarrassed to admit that I’ve become a fan – must be the effect of lockdown – and Marks & Spencer’s Chocolatey Salted Caramel Brownie Flavour Cream Liqueur (£12 for 70cl, in store only, 15%) is just the biz. Though you may want to keep that to yourself.