The No. 85 Wynn’s/Keating Motorsports Ford GT team and co-drivers Ben Keating, Jeroen Bleekemolen and Felipe Fraga played their race strategy to perfection in this weekend’s 87th running of the 24 Hours of Le Mans where all three drivers led the race in what appeared to be a dominating performance for the GTE-Am class victory.

The win with Keating Motorsports came in Wynn’s debut as a major team sponsor at Le Mans and is an instant highlight of the company’s year-long celebration of its 80th Anniversary in 2019.

Established in California in 1939, and now part of the ITW Professional Automotive Products family, the Wynn’s automotive technology products line continues today to offer an array of products designed to effectively treat and improve a car’s engine.

Keating, the principal of Keating Motorsports and the first customer-owner of a Ford GT, won at Le Mans in his fifth attempt in the world-famous French endurance race. A narrow loss and eventual third-place GTE-Am finish in 2018 played a key role in this year’s victory.

“I credit the experience last year with teaching me what I believe the proper strategy is for Le Mans,” Keating said. “I felt like we could have won last year, and we didn’t, so I made a list of all the things I wished I had done differently. We had a plan coming into Le Mans this year and that’s exactly what we did. It was just a great race.” 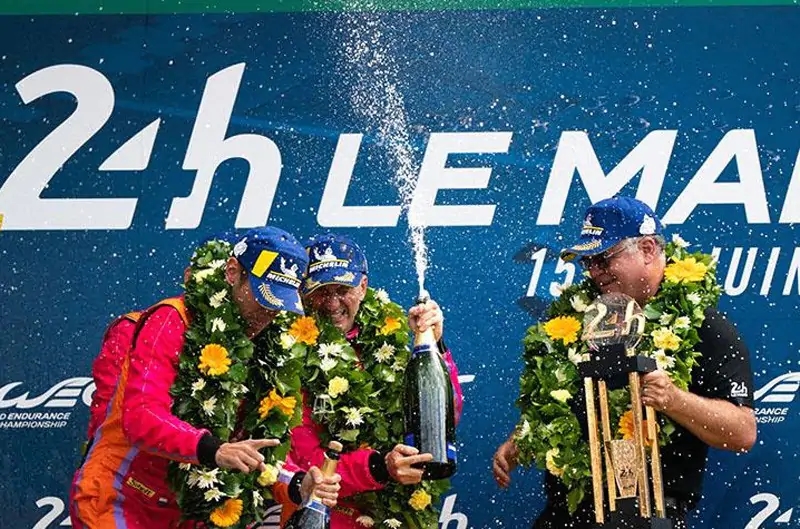 This article titled “Ford GT Le Mans preview: ‘The hype is matched by the roar of the engines’” was written by Martin Love, for The Observer on Sunday 9th June 2019 04.59 UTC

Next weekend marks the 87th running of the world’s most famous 24-hour endurance race. Le Mans is a test of stamina for both the drivers and the cars, not to mention the hundreds of thousands of fans who flock to the French circuit for a long week (the track is actually open for testing from Wednesday) of drinking, camping, partying, live music and thrilling motor sport as cars touch speeds of over 200mph. Each year, the level of hype is matched only by the mighty roar of the highly tuned engines. At 2pm on Saturday, 60 teams will finally line up on the start grid. Will Toyota produce back-to-back wins? Will Porsche add to its record 17 overall victories? All eyes will also be on Ford and its fleet of GTs. The race is Ford’s last effort participating as a factory team and it plans on going out in style with a series of special ‘Celebration Liveries’ for its racing cars. Each of the four factory Fords will have a paint job inspired by the success of the manufacturer at Le Mans, both recently and in the 1960s. Perhaps the brand’s greatest win was in 1966, so particular focus will be on the #66 Ford GT raced by Stefan Mücke, Olivier Pla and Billy Johnson as it will sport the same colour scheme as the GT40 of Bruce McLaren and Chris Amon that won in 1966.