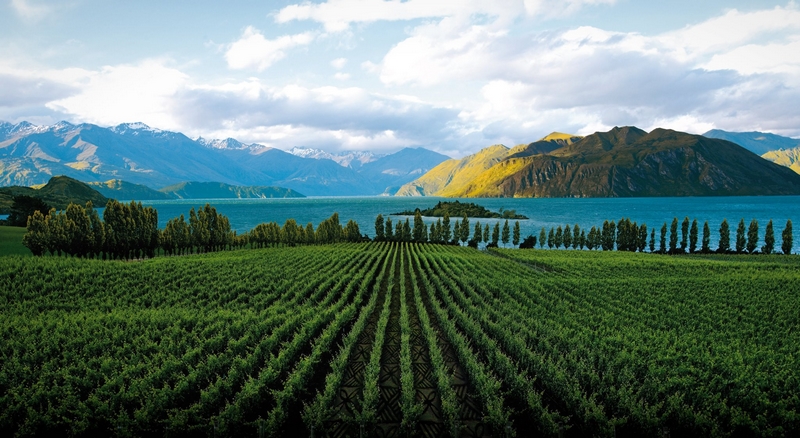 This article titled “For wine producers, small is beautiful – but big is useful” was written by David Williams, for The Observer on Sunday 20th March 2016 10.30 UTC

When it comes to questions of size, there’s a kind of inverse-machismo at work in the wine business. Everybody wants to cultivate that sense of underdog, salt-of-the-earth, rustic cool that comes with being perceived as small.

At times, it can be absurd. On the one hand, you have multi-million-selling brands attempting to camouflage the scale of their production with suggestive back-label trigger words such as “artisan”, “terroir” and “craft”. On the other, you have niche importers and sommeliers bragging about the diminutive size of their latest acquisitions: “Two hectares? A few barrels? You call that ‘small’? This guy has less than an acre, on a 180° slope accessible only on horseback, and he makes just a few dozen bottles a year.”

It’s easy to be cynical about why wine producers might want to talk down their proportions. Small production, of course, implies rarity – a valuable asset for any business, whether they’re targeting the status-symbol-obsessed rich on the hunt for exclusivity, or the obscurer-than-thou wine obsessive who will only drink something they’ve “discovered” before anyone else. It also speaks directly to the idea that small is beautiful in a moral as well as aesthetic sense, that a wine made by a farmer tending their own patch will always be better (for the farmer, the environment and in the glass). And, of course, more “authentic” than one produced by a large corporation.

But this isn’t just about a sentimental, vicarious experience of the good life. If I put together a list of the most exciting wines I’ve tried in the past year, an overwhelming majority would be the work of producers with just a handful of hectares. Because they tend to have a more intimate relationship with their vines, small producers are more likely to get their wine to transmit that elusive quality that makes it special: a sense of place, a certain flavour or feeling that only comes from that specific site.

Not having to answer to the rigours of the quarterly sales report, smaller producers are also more likely to take risks, whether it’s seeking out unfashionable places to plant, or trying out radical new winegrowing or winemaking techniques. It’s impossible to imagine the anarchic unorthodoxies of the natural wine movement emerging from a corporate brainstorm.

As ever with wine, it pays not to be too dogmatic. I’ve come across a number of definitions of what constitutes a small producer, from a six-hectare plot to the New Zealand Winegrowers Association’s official figure of a maximum annual production of 20,000 12-bottle cases. But no matter how far you stretch the definition, it won’t accommodate the firms behind the vast majority of wine sold in the UK under £10 (my habitual weekday upper limit). Nor will it include such fine wines as, among others, Dom Pérignon and Krug Champagne (both a part of luxury goods behemoth LVMH), and the five first growths of Bordeaux’s Right Bank.

Indeed, you could even flip the argument to say that the deep pockets of a corporate owner are indispensable in both making good wines affordable and producing luxury wines of the pedantically fine-tuned kind. In the former, it’s a matter of classic economies of scale. In the latter, well, how else to pay for all those expensive new barrels, whizzy harvest kit such as digital grape-sorting tables and experienced staff?

It’s all rather like the restaurant trade. The independent vigneron able to take care of everything from pruning to picking to marketing, is analogous to the chef-patron of a 20-cover family restaurant. In their attention to detail and ability to marshal a team of talents, a chief winemaker like Dom Pérignon’s Richard Geoffroy or Penfolds Grange’s Peter Gago is equivalent to a Michelin-starred hotel chef. Finally, a winemaker such as Adolfo Hurtado, responsible for the consistently good budget output of Chile’s Con Sur, is like the chief of operations at a good mid-range chain. Any one of them is able to create wines that meet some need at some time. And while small may be most beautiful, there are still times when big is more useful.

Six of the best

Kutch MacDougall Ranch Pinot Noir, Sonoma Coast, California, USA 2014
(£46.75, Roberson)
Lucid, limpid, graceful and pure: Jamie Kutch’s pinot from a vineyard high up above the Pacific on the Sonoma coast is the epitome of small, or as the Americans would have it, boutique, production from one of the stars of California’s more balanced new wave.

Undurraga Cauquenes Estate Viognier Roussanne Marsanne, Maule, Chile 2015 (£6.95, The Wine Society)
In a country not blessed with many small producers, the rejuvenated Undurraga has been one of the more experimental of Chile’s big firms in recent years, this superbly peachy, expressive, balanced bargain inspired by the white wines of the Rhône.

Taittinger Brut Réserve Champagne, France NV
(around £35, Tesco; Waitrose; Majestic)
Like all of the famous grandes marques of Champagne, family-owned Taittinger, the sixth-largest producer in the region, is nobody’s idea of small. But its wines are consistently excellent, the Brut Réserve the definition of its light, racy, delicate, house style.

Clos Cibonne Cuvée Tradition Rouge, Côtes de Provence, France 2014
(£19.99, Red Squirrel)
From its charmingly retro label to its use of the lesser-known Provençal variety tibouren (in tandem with syrah) and its evocative flavours of thyme and pepper mingled with cherry and raspberry, this is small-producer France at its most idiosyncratically alluring.

Torres Sangre del Toro, Catalonia, Spain 2014
(from £5, Tesco, Waitrose, Asda)
Torres is such a massive company, it’s easy to overlook what a good job they do in most vintages with this big-production, but honest and characterful red. A blend of carignan and grenache, it’s juicy but not jammy with plum and cherry, and touches of darker dried fruit

Albert Boxler Riesling, Alsace, France 2012
(from £23.79, Gauntleys; Armit)
Like many of his small-producer peers in Alsace, Jean Boxler (grandson of the titular Albert) makes numerous different wines from tiny vineyard plots each year, all slightly different, all brilliant. His estate riesling sings in the spring: crystalline, nervy and fresh dry white.