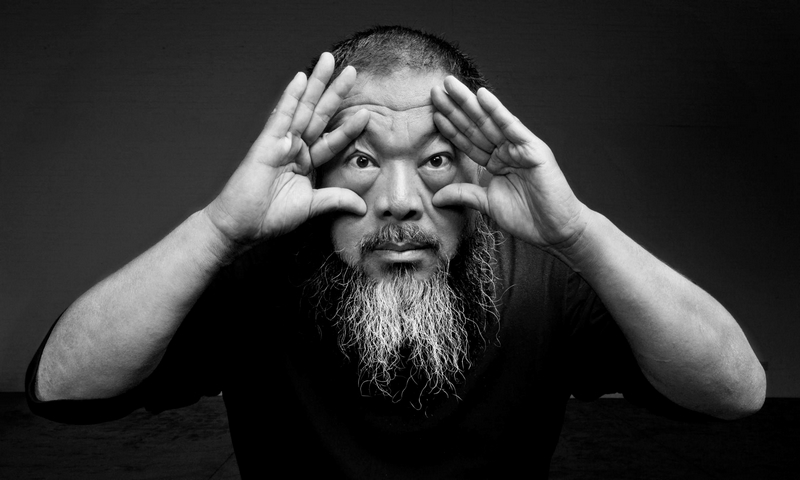 Ai Weiwei’s first virtual reality video, which you can see here, is called Omni. It fuses together two films the artist has made focusing on the migrant crisis, immersing viewers in the upheaval of displacement and exile for both animals and humans.

The first part of Omni focuses on the elephants of Myanmar. Once, they worked with their trainers, mahouts, dragging logs from the jungle. Now the government has placed severe restrictions on their jobs and the animals are redundant. Lost and confused by the destruction of their natural environment, the elephants attempt to return to the wild, sometimes coming across the refugees whose camps have been erected on their long-lost migratory routes.

“I relate to the elephants,” Ai says. “There are lot of small ones who have lost their parents. Elephants are like humans. Without parents they cannot survive. They have to stay with them until they are seven years old.”

The second part of Omni drops the viewer into the centre of a migrant camp known as Cox’s Bazaar, in Bangladesh just over the border from the refugees’ home in Myanmar’s Rakhine state, where they have fled persecution, ethnic cleansing and a military crackdown. The work provides a migrants’-eye view of daily activities, such as queuing for supplies, and takes the viewer through the camp, from its tents to its markets and playgrounds.

As well as the harshness of life in the camp, it shows solidarity, sharing and teaching. “I feel a lot of positive things about humanity even in the worst conditions,” Ai said. “I don’t want to show that there is just sadness. Happiness and sadness always coexist. That’s a reason to protect that happiness.”