Expect the unexpected:  Graff, the British multinational jeweller based in London, is Lighting up 2019 Baselworld Watch and Jewelry Show with time-telling masterpieces. 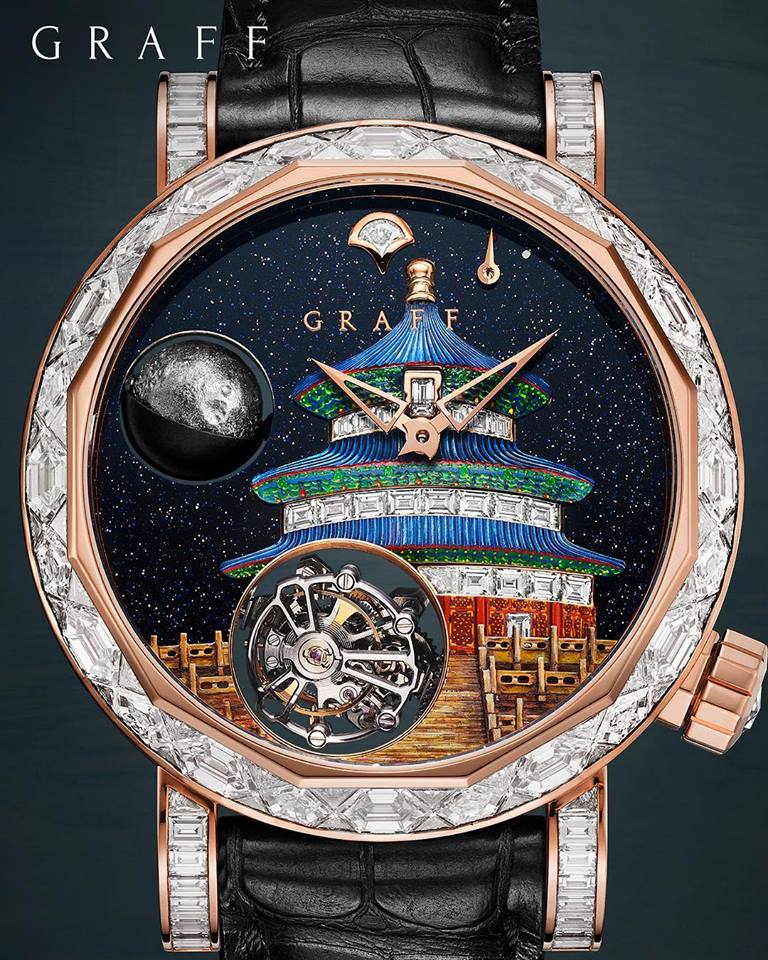 A work of art for the wrist.

Graff’s Luxury Watches division launched two new piece-unique GyroGraff models at 2019 Baselworld – the next chapter in the series of GyroGraff timepieces. The new watches depict Asian landmarks, namely the Great Wall of China and the Temple of Heaven. “The detail on them is quite incredible,” CEO Francois Graff said in an interview for Baselworld Daily News.

“Anyone who visits us here at Baselworld knows to expect the unexpected,” said Francois Graff. “We are unique in the watchmaking world in that each of our timepieces is a miniature work of art, and we strive to innovate in the use of our diamonds each year.” 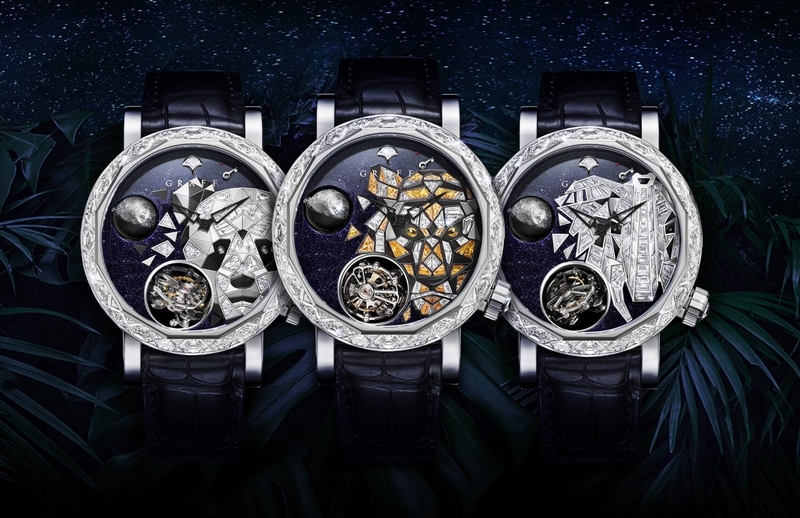 The five dials depict an elephant, a tiger, a panda, a rhino and a gorilla; all listed by the World Wildlife Fund as being under threat of extinction. The animals are created from a combination of polished metal parts and precious gemstones, each individually set into the dial by hand to create the likeness of each animal. The five métiers d’art timepieces share the same high-end hand-wound calibre. The GyroGraff’s trio of complications is a watchmaking first, carrying a dizzying double-axis tourbillon, a spherical moon phase and a power reserve indicator.

Graff CEO also unveiled the luxury Maison’s plans to expand the business with a flagship store in Paris, which will give a huge boost to Graff’s presence in the French capital.

In an exclusive location on Rue Saint-Honoré and designed by the American architect Peter Marino, it promises a Graff experience like no other,” added Graff. The jewelry house recently opened new stores in Monaco and Hong Kong. 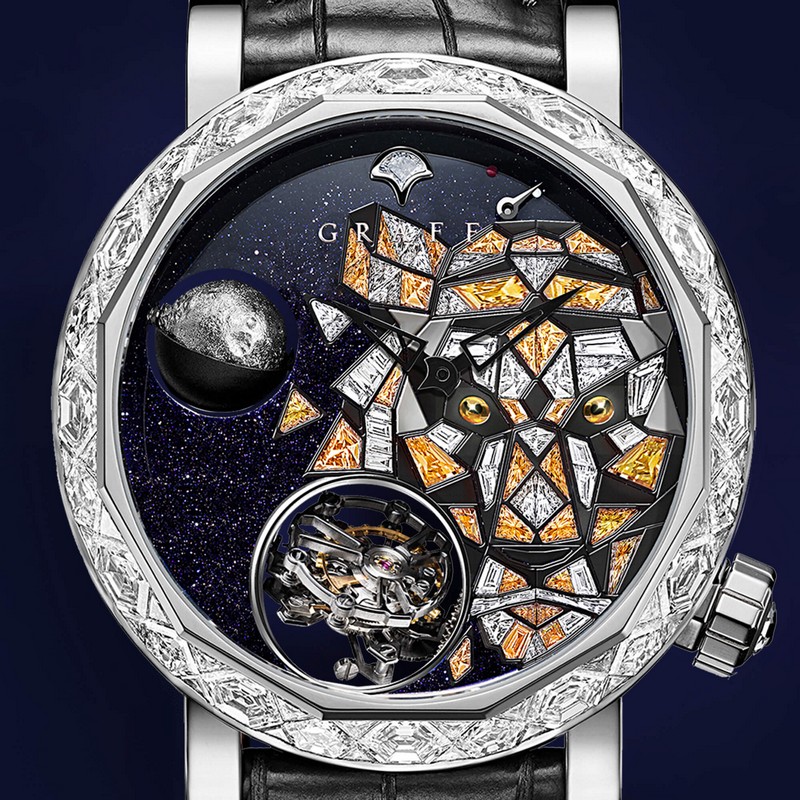 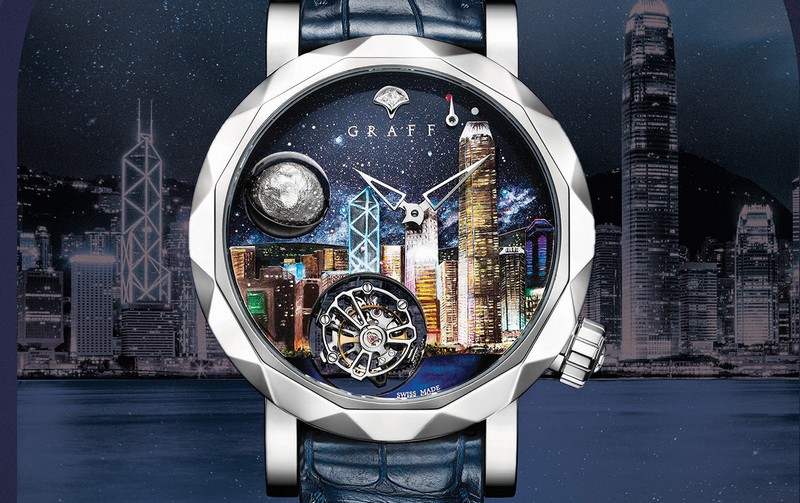 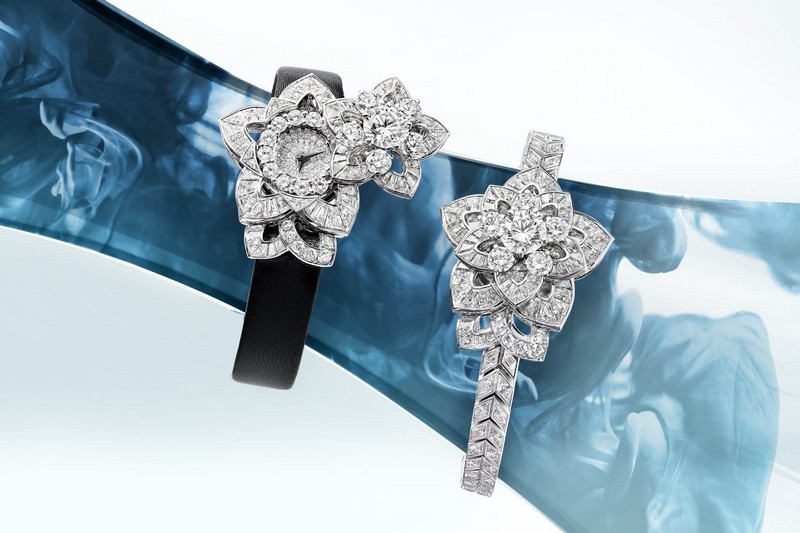 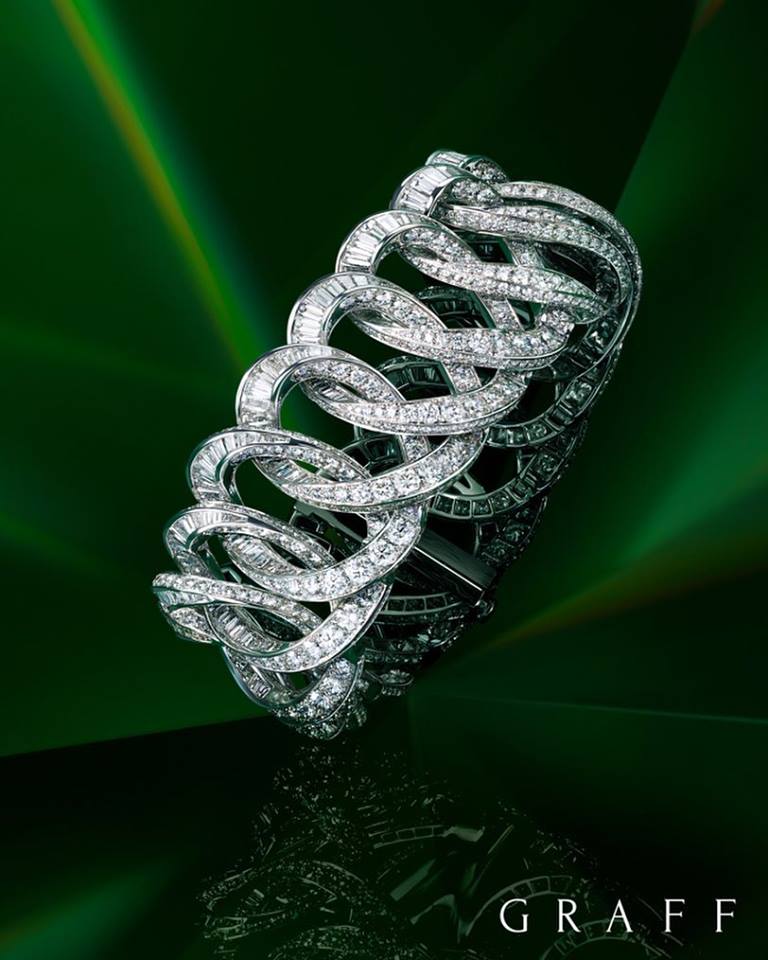 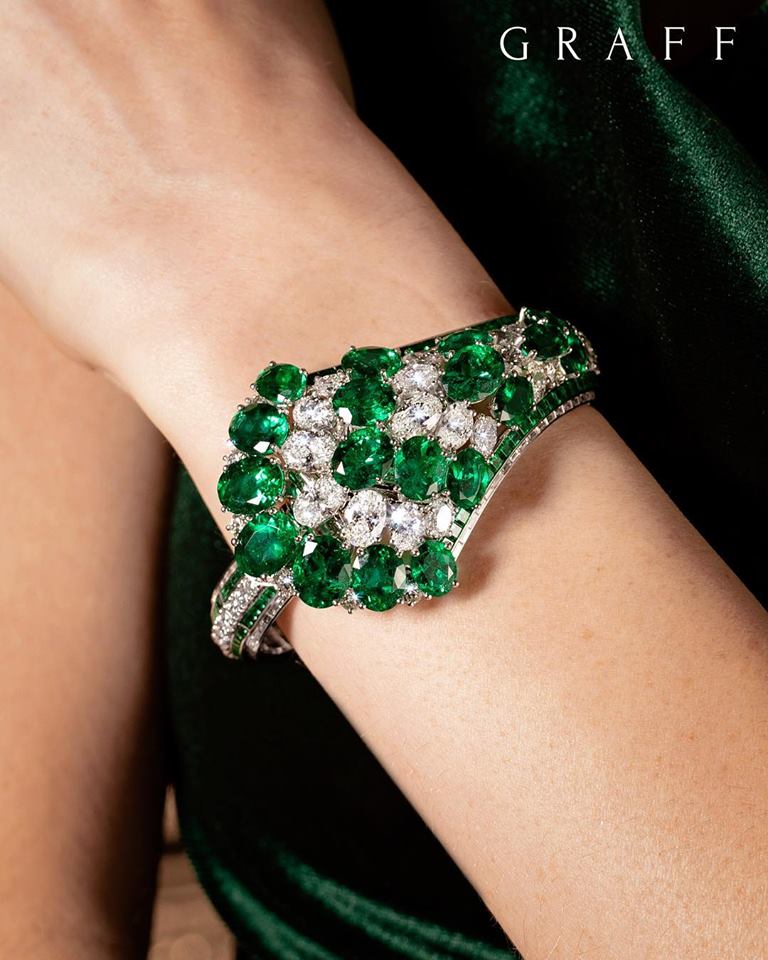 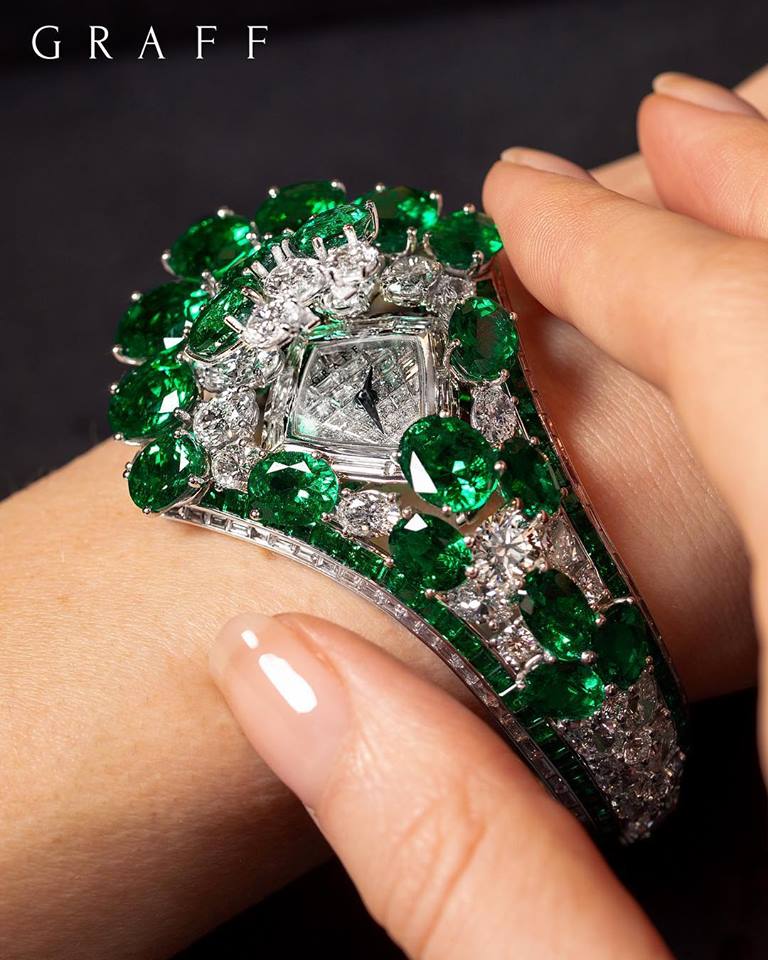 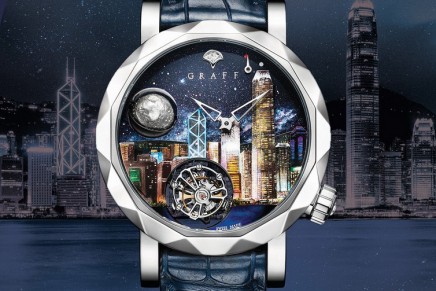 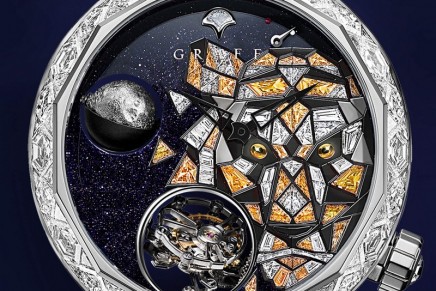 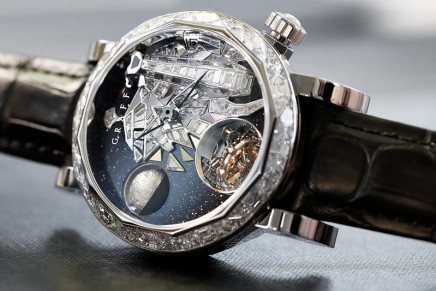 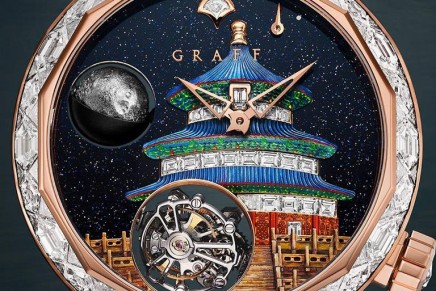 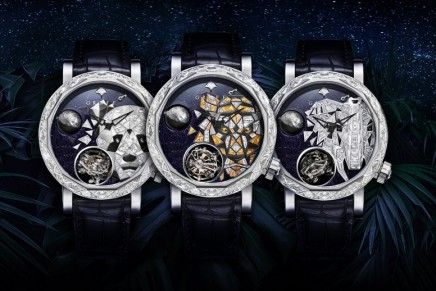 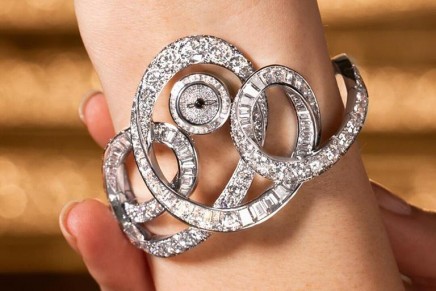 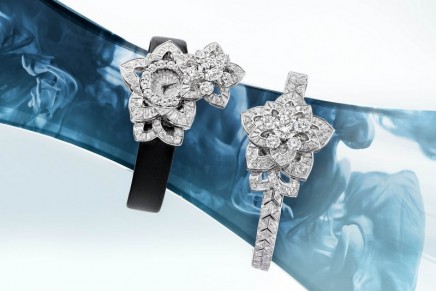 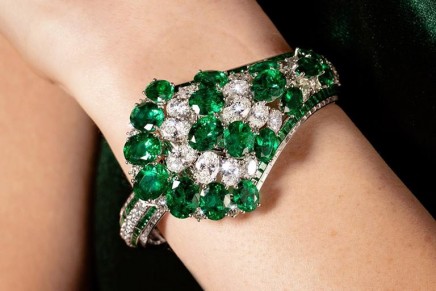 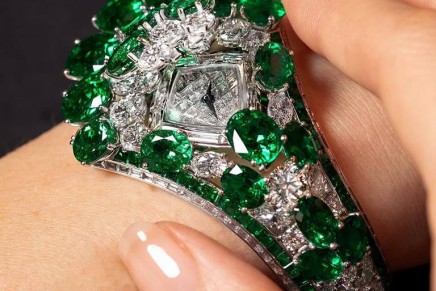