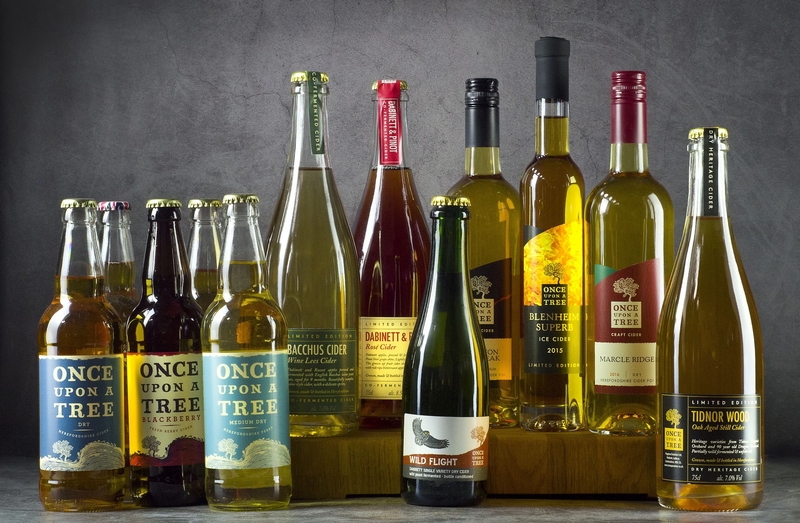 This article titled “Why decent cider deserves more respect” was written by , for The Guardian on Friday 12th June 2020 13.00 UTC

Why on Earth would you want cider to be like wine? That was my immediate reaction to a new campaign called Cider is Wine. OK, maybe that’s a touch disingenuous. For years we’ve not taken cider seriously. We’ve got smashed on it as students, and downed it on sunny afternoons in the park, but we’ve never been willing to pay more than a bare minimum for it. Mind you, we also haven’t minded that cider is often a chemical soup made from fruit concentrate that often doesn’t even come from this country, or that it’s sweetened and artificially flavoured, too.

What the new campaign is saying is that we should respect cider producers who use 100% of their own freshly pressed fruit just as we respect wine producers for using their own grapes. In other words, it deserves a decent bottle and a place at the table.

And, in some cases, cider is like wine; well, natural wine at least, which has become the darling of fashionable wine bars and is ironically often accused of tasting like cider. Some cider producers, such as Find & Foster and Little Pomona (see panel below), have taken this to the next stage and are now describing their ciders as “pet nats”, the term for a wine that is bottled while it is still fermenting, leaving it with a touch of sweetness and a gentle fizz. Find & Foster’s delightfully hazy, unfiltered Snicket Petillant Naturel 2019 (£15 a bottle for a case of three Fine Cider Company, 6%), for example, could easily be a natural wine and would probably cost at least a fiver more if it was.

That said, it seems a shame that artisan producers feel the need to invoke wine as a reference point to be taken seriously. Cider – and perry – should be celebrated in its own right as a fine British drink that was enjoyed long before English wine was ever A Thing. Calling the campaign Cider is Wine, and referencing “fine cider” (whatever next? “Fine ale”?) seems to me a case of protesting too much, though if it makes it possible for an exciting and innovative new generation of cider makers to thrive, then it’s all to the good.

At the other end of the price spectrum, cider producers are taking a leaf out of the craft brewers’ book and packaging their cider in cans – a welcome development, particularly when it showcases new styles such as Adnams Wild Wave English cider (see panel) and Thatchers refreshing new Cloudy Lemon Cider (£5.50 for four 440ml cans, widely available, 4%).

Who knows, in years to come, we might even be telling friends about a great new cider we’ve discovered, rather than boasting how little we’ve paid for it.

A low-alcohol cider, or “ciderkin”, co-fermented with quince pomace, which weirdly gives it a delicious taste of white nectarine and mango without being remotely sickly.

Once Upon a Tree rosé cider

I know it’s pink and I know it’s not “proper” cider, but it is absolutely delicious, with a lovely, natural, raspberry flavour.

Mild, mellow and sweetly appley, this is more recognisably cider (in a medium-dry style), but with a rather cool label and Spanish-sounding name.