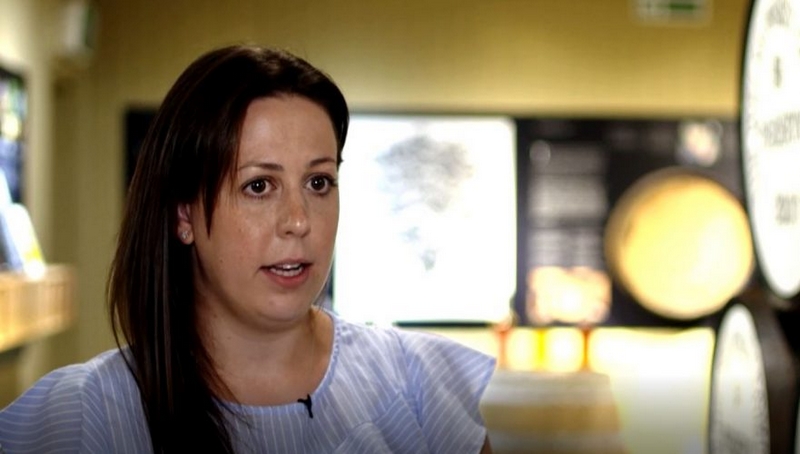 This article titled “Whisky is back in favour … and now women are calling the shots” was written by James Tapper, for The Observer on Saturday 13th June 2020 12.05 UTC

Whisky, like cigar smoke and musty leather armchairs, has been linked with masculinity for decades. But change is afoot. Women are drinking and distilling whisky in ever growing numbers, while men are switching to other poisons.

Women in the UK now drink 40 million more glasses of whisky a year than they did in 2010, a rise of 15%, compared with a decline of 6% among men, according to the market research firm Kantar.

Changes have also taken place behind the scenes, where distilleries are far more likely to have a female distiller or blender balancing flavours.

Laura Davies, the head distiller at Penderyn distillery in the Brecon Beacons, said that when she first started making whisky nine years ago, it was rare to see a woman at the pot still. “Nowadays, the scene is completely different,” she said. “We have a lot more females in the technical and the frontline roles. A lot more distilleries have got those females as the figureheads of their business. Not because they’re nice to look at, but because they know their stuff.”

Davies’ predecessor at the Welsh whisky-maker, Gillian Macdonald, became the head of analytics and whisky creation at Glenmorangie, and there are plenty of other women in leadership roles, such as Rachel Barrie, master blender for The BenRiach distillery, and Stephanie Macleod, master blender for John Dewar.

Others have founded distilleries, including Heather Nelson’s Toulvaddie and Allison Parc’s Brenne whisky, while Penderyn has always had a female master distiller since it was founded in 2004.

Having women in leadership roles helps further the appeal of whisky, Davies said. “I think that’s made it more acceptable. You feel there is a place for you.”

The whiskies emerging from Taiwan, South Korea and Japan are an important part of the cultural shift, according to Alwynne Gwilt, who began blogging as Miss Whisky in 2011.

“Whisky was seen as very much a masculine drink – the pipes, armchairs and stuffy old-school feel,” she said. “But there’s been a revitalisation in the past 10 years. In Japan, for example, it’s not seen as a male or female drink. It’s something that you go out and enjoy. In Tokyo, you get whisky on draft and in highball form with your fried chicken.”

Gwilt, who left blogging in 2016 to become brand ambassador for the Balvenie, believes that the rise in new distilleries has helped women gain a foothold in the industry.

“A lot of people now go to Heriot-Watt University to do distilling, and there have been more female applicants there,” she said. “The Irish whiskey industry has boomed all across Europe and that means there are a lot more opportunities.”

Whisky has not always been seen as a male drink. Women played a central role in distilling in the US until prohibition, and Fred Minnick’s book Whiskey Women charts the lives of many female distillers into the 1920s and beyond.

“The whole Mad Men era changed things,” Gwilt said. “Brands like Cutty Sark and Jim Beam were paired with the rise of masculinity, the cowboy and the male executive. Whisky became an aspirational drink, served by a beautiful woman.” That era, she said, has come to an end.