Cricket is one of the world’s most popular sports. The ICC Cricket World Cup 2015 attracted an estimated global audience of more than one billion. Last year, the ICC published a research project that revealed that more than 300 million people participate in the sport worldwide.

This new watch is a celebration of cricket and picks up from the original Hublot Cricket World Cup watch produced four years ago. Hublot also announced cricketing legend Kevin Pietersen as a New Ambassador. Only 100 watches will be made. 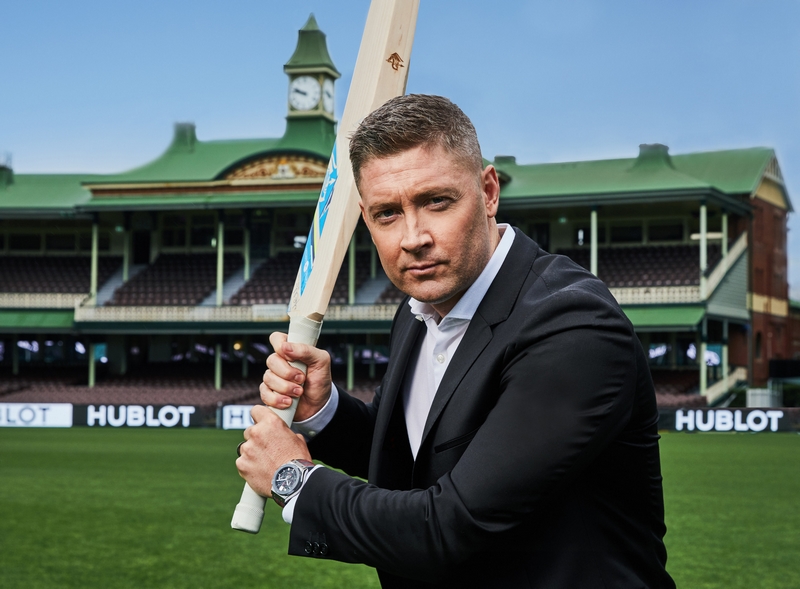 The 2019 Cricket World Cup (officially ICC Cricket World Cup 2019) is the 12th edition of the Cricket World Cup, scheduled to be hosted by England and Wales, from 30 May to 14 July 2019. The 2019 World Cup will feature 10 teams, a decrease from previous World Cups in 2011 and 2015 which featured 14 teams. The hosts, England, and the top seven other teams in the ICC One Day International rankings as of 30 September 2017 earned automatic qualification, with the remaining two spots being decided by the 2018 Cricket World Cup Qualifier. 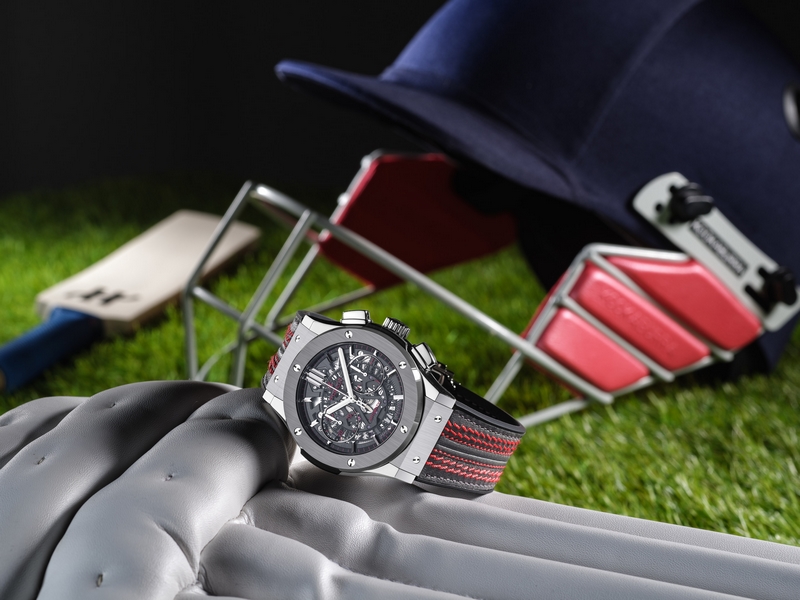 The cricket-inspired timepiece features a number of characterful design touches to mark the association with the cricketing world.

The grey and red detailing found in the dial, satin-finished and polished ceramic bezel and leather and rubber strap are inspired by the colour palette of this year’s event logo; the hands of the twin counters for the chronograph minutes and small seconds are shaped like cricket bats; the triple appliqué hour marker at 12 o’clock mirrors the three wooden stumps guarded by a batsman; and the sapphire case back is decorated with the ICC Cricket World Cup 2019 logo.

The 45mm satin-finished and polished titanium case houses HUB1155, a skeletonised automatic chronograph calibre with a date at 6 o’clock. 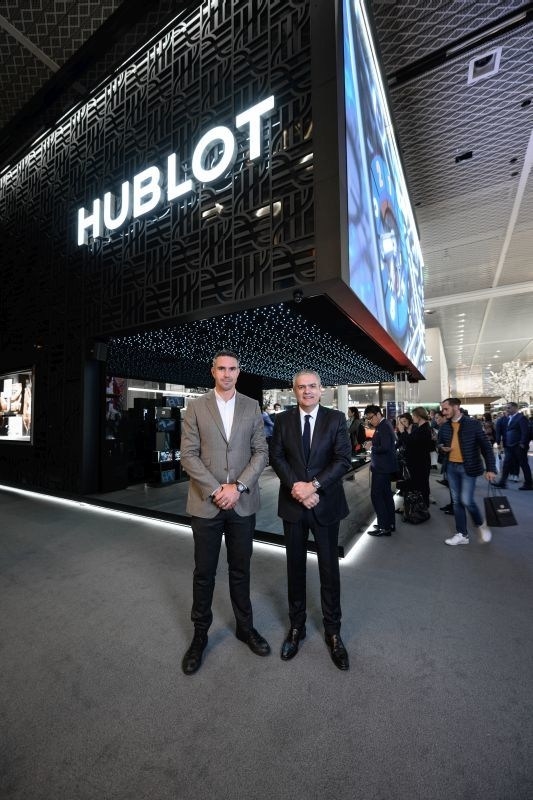 Kevin Pietersen, HUBLOT new friend of the brand, and Ricardo Guadalupe, HUBLOT CEO 2019. The Swiss watchmaker is the first watch brand to work with the ICC (International Cricket Council) and to partner with its elite international cricketing events. @hublot 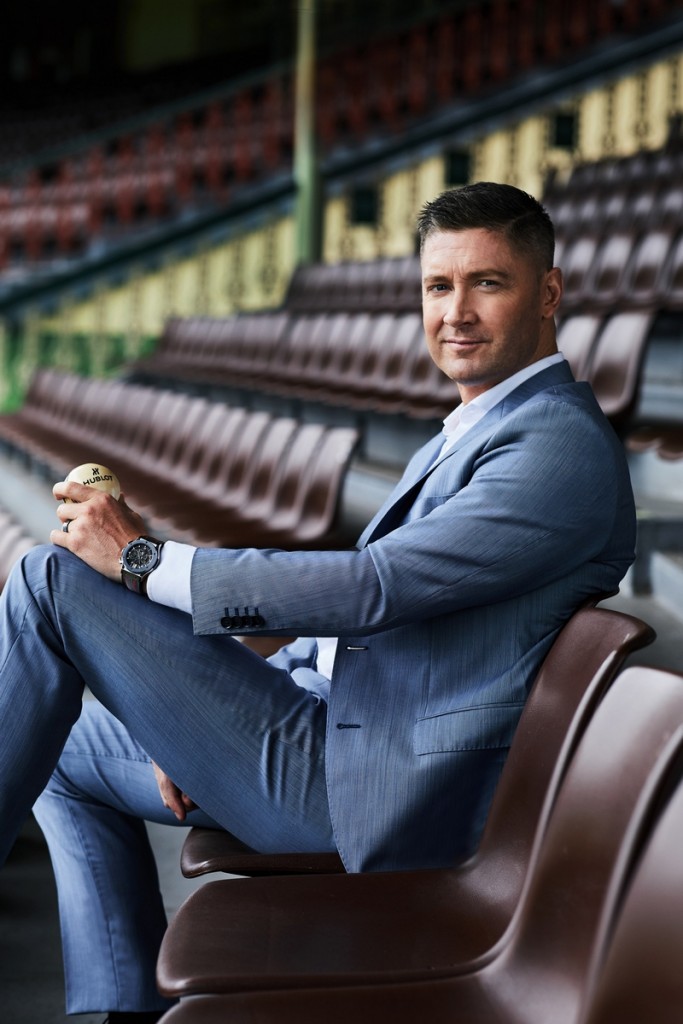 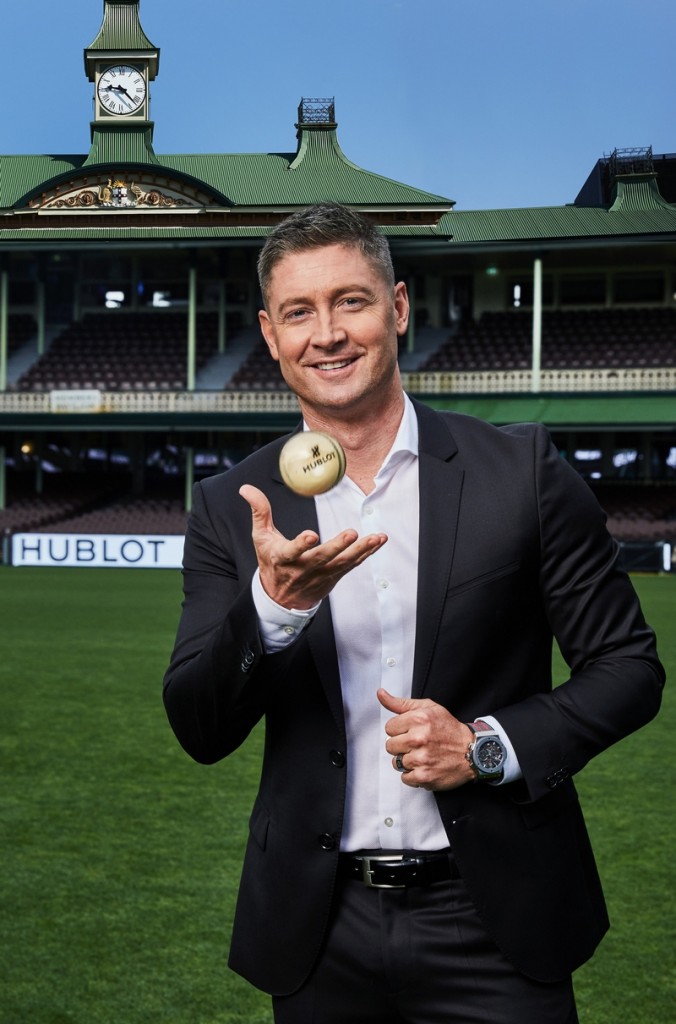 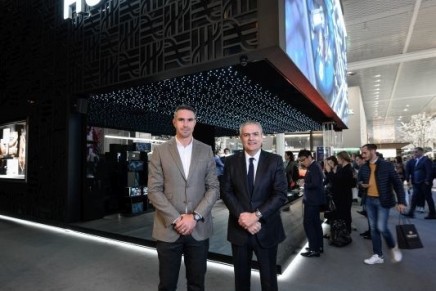 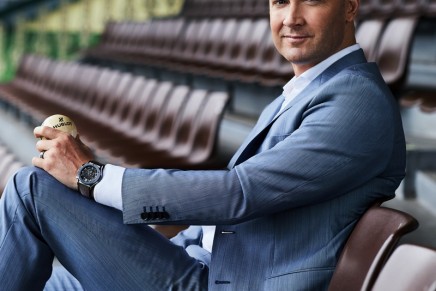 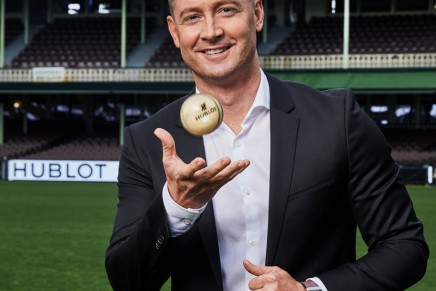 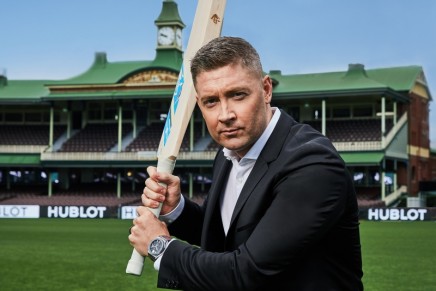 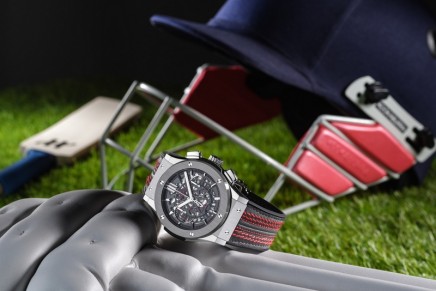