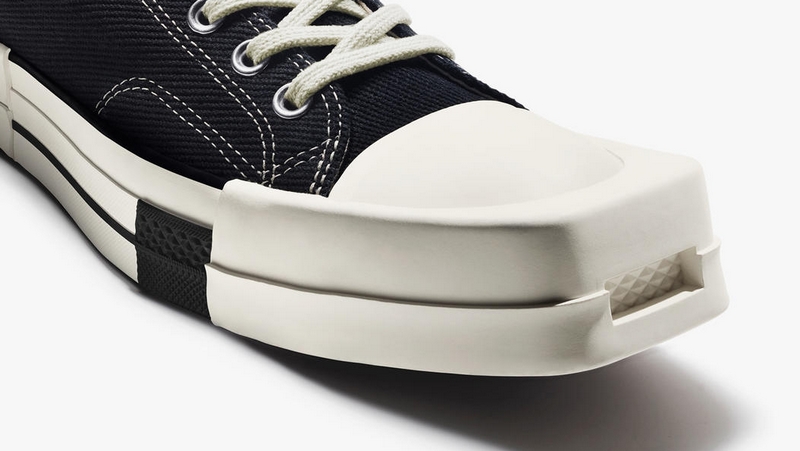 “When I see something ubiquitous, I feel like I want to distort it. I don’t know what that’s about. Maybe it’s some kind of adolescent rage. But that’s one of the greatest appeals of the Chuck Taylor All Star,” says Owens.

Converse’s collaboration with one of fashion’s essential iconoclasts, Rick Owens, debuted during the Rick Owens Fall 2021 show on the Lido, Venice, with the appearance of the partnership’s first design, the TURBODRK Chuck 70.

Converse’s black and white canvas footwear and Owen’s stark universe of modernist minimalism and contemporary luxury have existed independently while being distinctly connected through the years. It’s a connection that led Owens to introduce the DRKSHDW SS14 RAMONES, a subversive interpretation of Converse’s first basketball silhouette and a classic signifier of culture — the Chuck Taylor All Star.

“When I think of Converse, I think of the black and white Chuck Taylors and the punk rock generation. These have always been iconic pillars of my aesthetic,” says Rick Owens. “Wearing Chuck Taylors, you align yourself with a generation that was experimental. There is a confident dynamic to the subculture.”

The TURBODARK Chuck 70 follows Owens’ practice of confident contortion of cultural signifiers. His choices bend and reshape the shoe — extending the tongue and squaring-off the toe, the first time the famed Converse has presented in this execution in its century of existence. 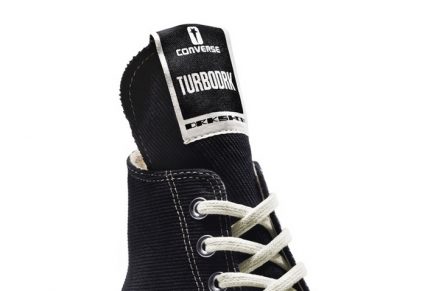 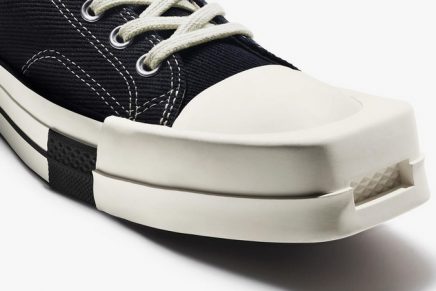 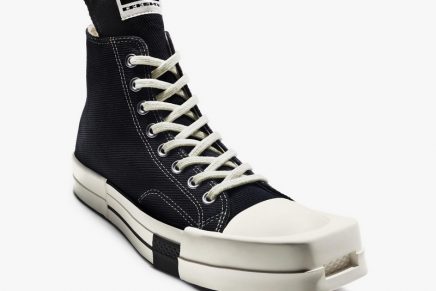