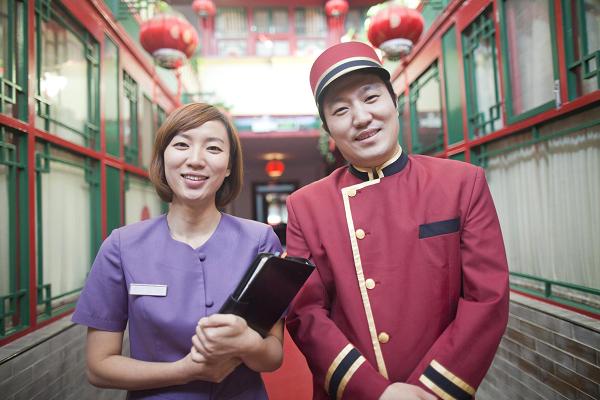 This article titled “China’s top hotels shed stars to woo austerity-hit customers” was written by Tania Branigan in Beijing and Angela Monaghan, for The Guardian on Thursday 23rd January 2014 18.17 UTC

Most luxury hotels seek to lure in new guests with the lustre of their star ratings but a clutch of Chinese establishments are hoping to win back customers by downgrading.

More than 50 of the country’s five-star properties have asked to have a star removed, according to a leading hotelier, apparently due to the austerity drive that has forced officials to shun the high life.

The chairman of the New Century Tourism Group said he had ordered five of his four-star hotels to shelve plans to raise their rating and had closed another, which he plans to reopen as a nursing home.

Chen Miaolin, who is also vice-president of the China Tourism Association, told state news agency Xinhua that many others were postponing plans to seek an extra star and 56 of the country’s 680 five-star establishments had sought to lower their rating.

He said the association’s estimates suggested the turnover of hotels dropped by about a quarter in 2013.

A report from the China Tourist Hotel Association said the revenues of five-star hotels fell by 14% in the first half of last year.

The frugality and anti-corruption campaign launched by China’s president, Xi Jinping, has proved further-reaching and longer-lasting that most predicted, and shows no signs of letting up. The party’s inspection body has said it welcomes tipoffs about “exuberant spending and gift-acceptance” by officials over the Chinese new year.

Other measures have included banning party members from holding lavish funerals and ordering the military not to buy foreign cars.

“In the past, hotels and restaurants competed for stars, to be high-level, but now they compete on who is more low-profile,” said He Jiahong, an anti-corruption expert at Renmin University.

“The series of anti-corruption measures in 2013 was quite strong, compared to the past, although it has still not fixed the problems in the system. The decline in the hotel and restaurant business shows that in our country, the luxury hotel business, or high-grade consumption in this area, is supported by government spending.”

Other businesses have been ordered to downgrade their offerings, rather than opting to do so. Earlier this month the government ordered high-end private clubs in public parks to close or slash their prices.

The straitened environment has affected foreign companies, too. Announcing a sharp fall in sales, French spirits company Rémy Cointreau warned this week: “The campaign to promote morality in China is expected to continue to adversely affect the consumption of ultra-premium products. No significant recovery can be expected because of the Chinese new year.”

Angela Ahrendts, the outgoing chief executive of luxury fashion retailer Burberry, also warned last year the slowdown in China might not be a passing phase.

“The Chinese slowdown that we saw last year was maybe not a temporary accident but the new normal,” she told French newspaper Les Echos in October.

The retailer has also said that it is investing in “flagship markets globally” to better serve travelling Chinese luxury consumers.

“Examples include Mandarin speakers in all regions, specific behavioural and cultural training for sales associates in key markets and a globally connected private client team to ensure a seamless service for key customers,” the company said in November.

In China itself, resourceful officials and those hoping to please them are still seeking ways around the new regime. One young professional said the runup to new year had led to intense discussions at work: how to find a gift for officials that was suitably expensive yet appeared appropriately insignificant.