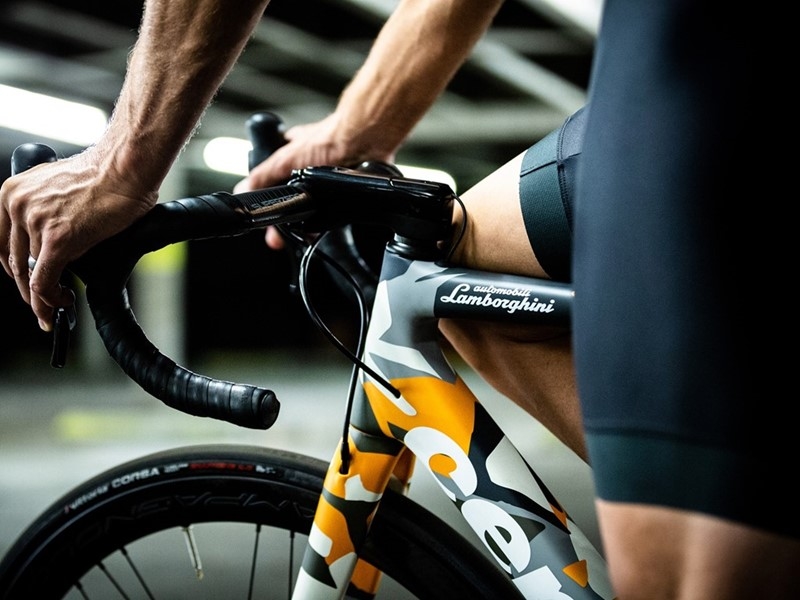 This new high-end bicycle from Automobili Lamborghini and Cervélo Cycles is a tribute paid to the Italian flag and to the excellences of Italian luxury.

Automobili Lamborghini and Canadian Dutch manufacturer of racing and track bicycles Cervélo Cycles present the new R5 bicycle in a limited edition. Its retail price is US$18,000 and can be ordered from official Cervélo resellers and dealers.

This new version of the high-performance Cervélo R5 sports a livery dedicated to the Lamborghini Aventador SVJ, the car that in 2018 set the record on the Nürburgring Nordschleife circuit with the time of 6:44.97, and is accessorized with only Italian-made components. It is a tribute paid to the Italian flag and to the excellences of Italian luxury.

To celebrate the year the Sant’Agata Bolognese company was founded, only 63 units of the Cervélo R5 Automobili Lamborghini Edition will be produced, markedly underscoring the collaboration of two brands of excellence.

In the same way that the Lamborghini Aventador SVJ raised the performance benchmark in the road vehicle segment, the Cervélo R5 Automobili Lamborghini Edition is created to tackle the steepest uphill and downhill tracks of the Italian Dolomite Alps. According to Lamborghini’s press statement, the essence of this new ultra-luxury bicycle is inspired by that of the Aventador SVJ: fast from every perspective, but distinguished by easy handling and behavior.

Cervélo uses CAD, computational fluid dynamics, and wind tunnel testing at a variety of facilities including the San Diego Air and Space
Technology Center, in California, US, to aid its designs. Frame materials include carbon fibre. Cervélo currently makes 5 series of bikes: the C
series and R series of road bikes, the latter featuring multi-shaped, “Squoval” frame tubes; the S series of road bikes and P series of
triathlon/time trial bikes, both of which feature airfoil shaped down tubes; and the T series of track bikes. 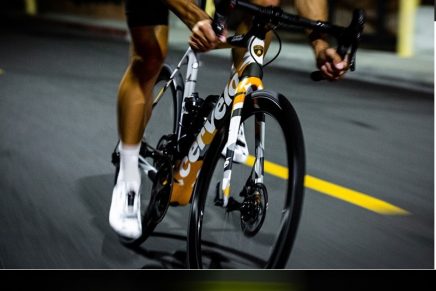 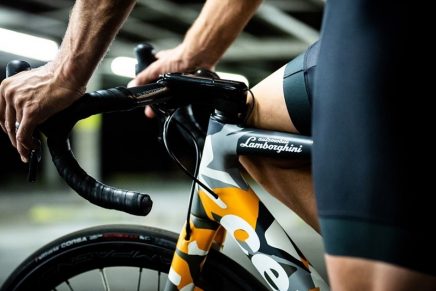 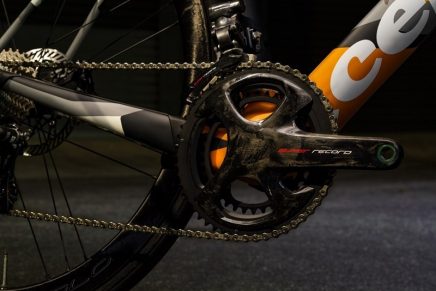