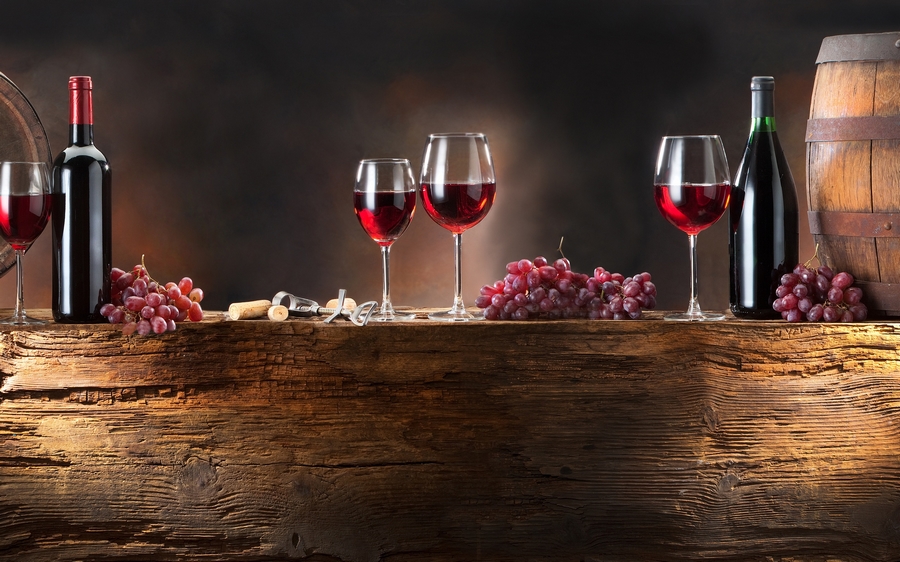 This article titled “Can resveratrol – the ‘wonder chemical’ in red wine – live up to the hype?” was written by Corrinne Burns, for theguardian.com on Friday 11th April 2014 06.00 UTC

In an increasingly chemophobic world, one chemical – resveratrol – is doing rather well for itself. This polyphenolic stilbenoid is a natural product found in peanuts, cocoa powder and the roots of Japanese knotweed, but it only came to public prominence as the health-promoting component of red wine, in which it is present at levels of up to 14 milligrams per litre, depending on the grape variety.

As molecules go, it is certainly a multitasker, with purported activity against cardiac disease, obesity, cancer, vascular dementia and ageing. That’s a lot of pressure to put on one molecule. Can resveratrol live up to our expectations?

Many of these claims centre upon its ability to reduce oxidation in cells: its fabled antioxidant activity. All molecules, including biological ones, carry around their own cloud of electrons. These are most stable when they exist in pairs. Sometimes, though, electron pairs split. Then you’re left with an unpaired electron – and unpaired electrons like nothing more than to mess with other biological molecules.

Left unchecked, molecules carrying unpaired electrons can trigger cascades of damage to other molecules in our cells. Resveratrol is thought to interrupt those destructive cascades by transferring electrons and hydrogen atoms between itself and troublesome, lone-electron-carrying molecules.

Resveratrol can do much more than that, though. It encourages the production of endothelial nitric oxide, which dilates blood vessels. Researchers have demonstrated that this ability to open up blood vessels means resveratrol can protect against hypertension – at least in rats and mice. It is also an anti-inflammatory, disrupting the activity of an enzyme called cyclooxygenase-2 (COX-2), which is crucial to the production of inflammatory prostaglandins.

There are reams of papers about the “in vitro” anti-tumour activity of resveratrol (killing tumour cells in a dish in lab experiments), and numerous purported mechanisms of action. Many of these involve resveratrol changing the activity of various genes and proteins involved in cellular proliferation and death.

And resveratrol’s supposed anti-ageing activity does have some basis in animal experiments, with studies showing that supplements can slow some of the metabolic aspects of the ageing process in a way similar to calorie-restriction diets.

It all sounds marvellous. What a molecule! But of course the reality is not so clearcut. Resveratrol’s antioxidant properties may be a double-edged sword, for example. In the popular press “antioxidant action” is talked about as though it is an unambiguously Good Thing. But we need some oxygen-containing molecules with unpaired electrons – known as “reactive oxygen species” – because they are part of our normal immune response. This may explain why, earlier this year, Swedish researchers reported that antioxidants can actually make tumours grow more quickly in rodents.

And, annoyingly for those of us who drag ourselves round the block before work each morning, another study suggested that resveratrol could wipe out the beneficial effects of exercise.

It’s not unusual to find such conflicting data in the messy world of research. What happens between molecule and cell in the neat, orderly world of a cell culture in a laboratory is not always reflected in our three-dimensional, multi-tissued, metabolically dynamic bodies.

But buried under all the hype about resveratrol, is there still clinical potential? “I can imagine a role [for resveratrol] in the prevention of colon cancer,” says Dr Randolph Arroo, head of research at Leicester School of Pharmacy and a specialist in phytochemistry. “The absorption characteristics for resveratrol are generally very poor, but in the intestines reasonable concentrations of resveratrol, or its metabolites, can be maintained.”

He is more sceptical about resveratrol’s ability to reduce the risk of other diseases, though, citing the molecule’s poor bioavailability – it may work well in vitro, but is absorbed poorly and doesn’t hang around in the bloodstream long enough to get to the places where it may do us good. “The bioavailability of resveratrol is so poor that the concentrations that are needed to get the effects seen in in vitro cell cultures are never achieved in the body (in vivo) for a prolonged period.”

To address this problem, research is ongoing into semi-synthetic derivatives of resveratrol that may be more effective than the natural product.

Right now, the only way to get a dose of pure resveratrol is by over-the-counter supplements – and the marketing of these tends to focus on the molecule’s supposed cosmetic benefits. Food supplement manufacturer Fountain claims that one of its most widely publicised products, the “Beauty Molecule”, is the first water-soluble resveratrol formulation, allowing for maximum absorption and thus promoting “health, youth and longevity”.

I contacted Fountain to ask about their resveratrol research – I was interested in how this novel formulation was metabolised and distributed within the body. Unfortunately, at the time of writing, the company had been unable to provide me with its data.

So to come back to our original question: is resveratrol really worthy of all the attention? Dr Arroo believes that if the molecule was found only in, say, a little-known Chinese herb rather than red wine, it would have attracted far less interest. But he is nonetheless glad the molecule is getting noticed: “Resveratrol is a ‘chemical’ but it comes from berries and grapes. It makes people aware that fruits and vegetables are made of chemicals.”

So could resveratrol be effective against chemophobia, too?