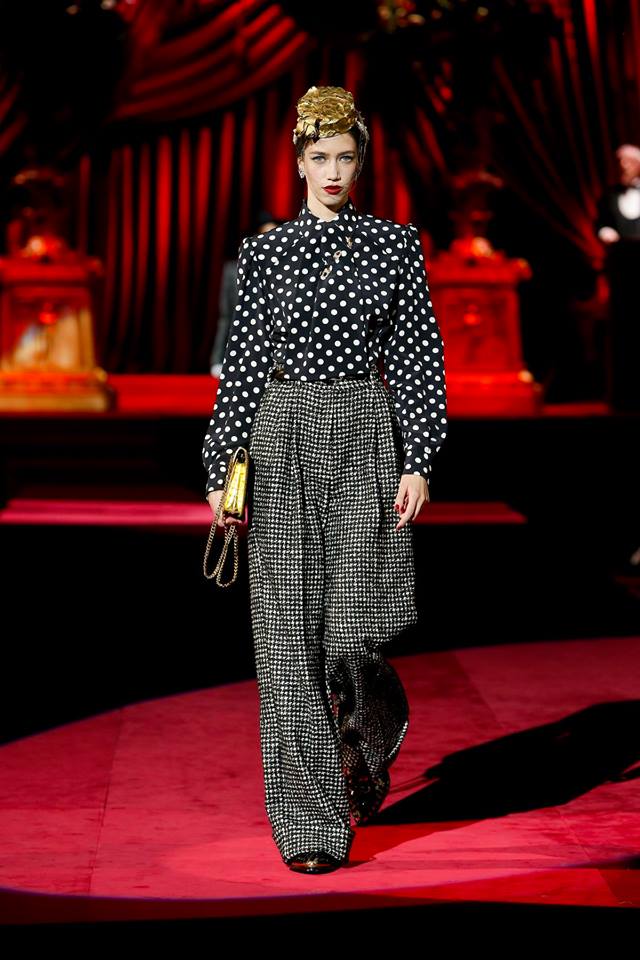 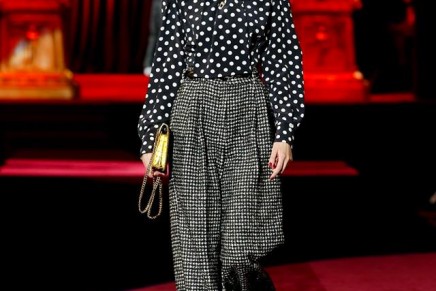 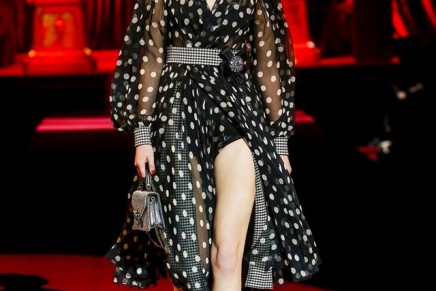 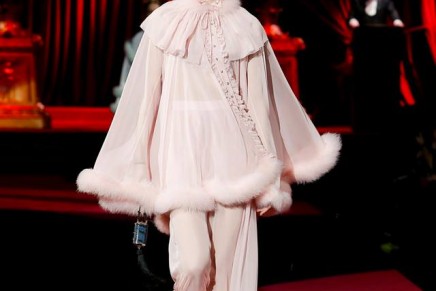 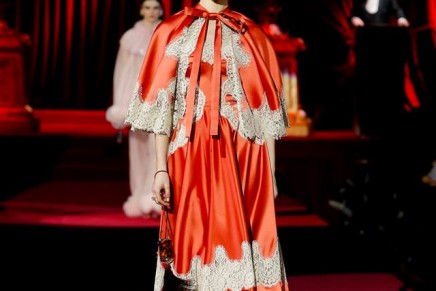 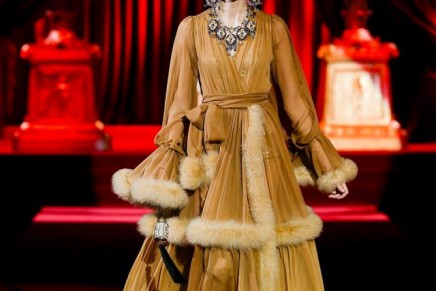 This article titled “Back to basics: D&G seek absolution in postwar aesthetics” was written by Scarlett Conlon in Milan, for The Guardian on Sunday 24th February 2019 18.32 UTC

Nearly three months have passed since Dolce & Gabbana was forced to cancel its much hyped show in China amidst accusations of racism and cultural appropriation, but the weight of the ramifications still hung densely around its Milan fashion week show on Sunday afternoon.

Ever since the scandal broke out, the design duo of Domenico Dolce and Stefano Gabbana have taken every opportunity to remind their audience what made their firm one of the most influential and celebrated brands in the world, by retreating back to the traditional Italian tailoring and joyful, family-oriented dolce vita aesthetic with which they made their name.

Given that a lot of people’s sole reference point to the Amalfi coast or Sicily will be from one of D&G’s perfume or underwear ads, it’s logical that they would employ sentiment as a tactic to seek forgiveness, and that’s exactly what they did for this autumn/winter 2019 show.

Time-hopping back to the postwar aesthetic of the 1940s, Dolce explained backstage that “we wanted to start again with something aspirational” and bring the elegance of the era to “a new generation”. Hence the heavy emphasis on strict silhouettes, masculine tailoring and flat (albeit embellished) brogues that featured in the collection.

Dolce was taught his craft from his family of tailors, to whom he explained he often reverts for his ideas.

“I think the memory is so important in people. I love to talk about my mother and father to my nieces and nephews because with memory you build the new. The memory is a good education,” he said, the clear subtext being that there have been more than dressmaking lessons to be learned.

In an about-turn from the brand’s strategy in the first part of this decade that saw it court millennials with athleisure accents and use social media influencers to help promote and sell its products, Dolce said he was finished with that approach. Instead, he was now interested in the “classic beauty” of Audrey Hepburn and Sophia Loren, whom he called iconic and beautiful people.

Gabbana went one step further and said that while “we love the internet, we live with internet, we can do our job without internet. At this moment, [Domenico and I] don’t use computers to do our job. At the end of the day, you make everything with your head and your hands.”

Gabbana – who was seen as the main culprit of the China fallout for allegedly making derogatory comments about the country (the brand claimed the account had been hacked) – said he was no longer involved with social media.

As well as drawing on the same theme, “Eleganza”, Sunday’s show adopted the same format as the brand’s menswear show in January, with a narrator giving a running commentary that at times was hard not to interpret as loaded.

The looks, we were told, were “dedicated to the feminine elegance we find in masterpieces of Italian art. It is only thanks to the genius and excellence of these painters and that we can still appreciate [their work]. Art has saved them from oblivion.”

With 127 models, there was an exhibition’s worth of looks, ranging from the new take on the vintage-inspired suits silhouette to the more familiar skin-tight pencil dresses, full-look brocade and the all-over embellishment we have grown used to seeing. A section of five bridal dresses also made their debut, ranging from short and A-line to full-skirted tulle.

Whether or not its remaining customer base will be receptive only time will tell. D&G’s actions in China were squarely directed at a region that not only accounts for nearly a third of the global luxury market, but reportedly 30% of the designers’ total sales, while since November, international e-commerce sites such as Yoox, Net-a-Porter, Lane Crawford and JD.com have all ceased dealings with them.

Nevertheless, on Sunday afternoon Gabbana dismissed business concerns. “Today, fashion is too much business and financial – we love fashion as fashion. We have incredible people who work with us – it’s a family, it’s not just money and business.”