Established in 2008, the Australian Fashion Laureate celebrates individuals who have made a significant contribution to the growth, development and global promotion of the Australian fashion industry. Selected by a panel of industry elite, each Award recognises outstanding accomplishments in its category, including lifetime achievement, womenswear, menswear, retail, and emerging talent. 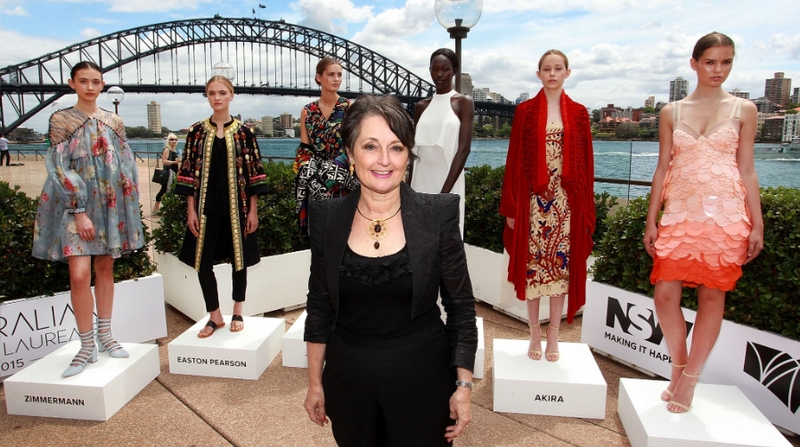 The annual Australian Fashion Laureate is often referred to as the highest honour in Australian fashion.

This year the awards ceremony has traded gloss for grit. It has been a particularly difficult year for the fashion industry, as it has for most other people and businesses, with bricks and mortar retail sales plummeting in lockdown, and international supply chains disrupted.

Natalie Xenita, of IMG, which presents the awards in partnership with the New South Wales government, says this year’s aim following “extraordinary challenges” is “to highlight the Australian fashion industry’s resilience in the face of crisis”.

Related: ‘A totally different way of dressing’: Carla Zampatti on her three most useful objects

The laureate itself – a lifetime achievement award that has in the past gone to designers such as Akira Isogawa, Carla Zampatti, Collette Dinnigan and most recently the US InStyle editor Laura Brown – will be announced on 1 December.

However, the finalists for the rest of this year’s prizes, announced on Wednesday, look very different to previous years – as do the categories.

Sustainable innovation, an award that was added to the laureate in 2019, is being expanded into two categories – one for established and one for emerging designers. A new award 2020 change and innovation has also been announced.

Xenita says the nominees “have demonstrated their ability to keep pace with ever-changing cultural and economic environments”.

One nominee for the change and innovation category, Fella Hamilton, is a five-decade-old Melbourne retailer whose customers skew older and whose price points skew lower than those the awards typically commend. The brand has been tapped for its pivot into constructing PPE for frontline workers.

Where many brands cut their orders during the early stages of Covid-19, Fella Hamilton scaled up its domestic manufacturing to meet demand for face masks and scrubs.

Nobody Denim – another change and innovation nominee – also pivoted to mask manufacturing, as well as creating a capsule collection with FibreTrace, which offers total supply chain transparency from “seed to store”.

The nominee list is also markedly more casual, with many brands focusing on denim and activewear.

IMG also stages Australian Fashion Week, which focuses on showing resort collections each May. The Australian Fashion Laureate award winners are chosen by a panel of fashion industry veterans but, if the seasonless approach catches on, it could have interesting implications for IMG’s flagship fashion event in Australia.

This year, the public is also being invited to participate for the first time, in a new people’s choice category, which a fashion laureate spokesperson says will feature upwards of 40 brands and designers.

The winner of the Australian Fashion Laureate and people’s choice awards will be announced on 1 December.