With helicopter-style all-round visibility, Audi AI: Trail Quattro is a comprehensive concept for sustainable mobility off the beaten track. 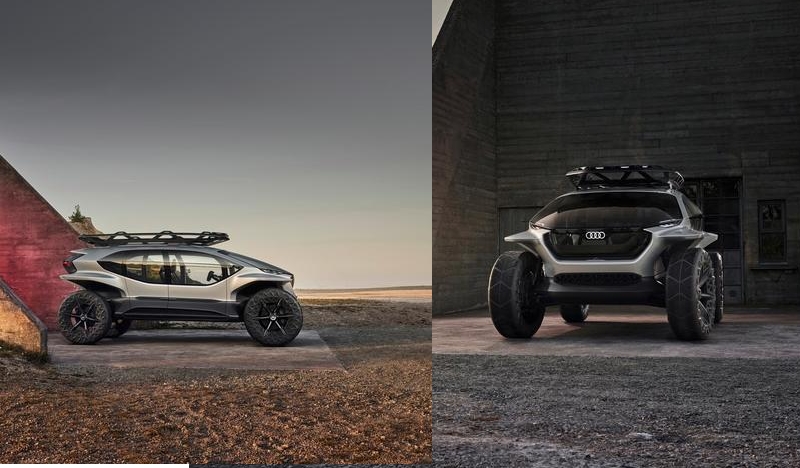 The Audi AI:TRAIL quattro is the fourth entrant in the series of concept cars with electric drive systems, which began with the presentation of the Audi Aicon at the 2017 iteration of the IAA. Following this luxury-class vehicle very much intended for highly automated long-distance driving, an emissions-free monoposto designed for the race track, the Audi PB18 e-tron, made its debut in Pebble Beach in 2018. It has been given a new name in time for IAA 2019, gaining the shared “AI” prefix to indicate that it, too, is part of the family. It is now known as the AI:RACE, which leaves no illusions as to the purpose of the electric sports car.

The third in the series, the Audi AI:ME—introduced at the 2019 Auto Shanghai show—is an autonomous city car aimed at megacities all over the world. It allows its passengers to stop worrying about the stop-and-go traffic that is inevitable in urban areas, offering them perfect connectivity and a comprehensive range of infotainment services, helping them to spend their time in the vehicle as usefully and as relaxed as possible.

Finally, with the AI:TRAIL, Audi is now opening up the potential applications for its visionary vehicles to include off-road terrain. The car is equipped with four electric motors, systems for assisted and automated driving and—typically for Audi—quattro permanent all-wheel drive. 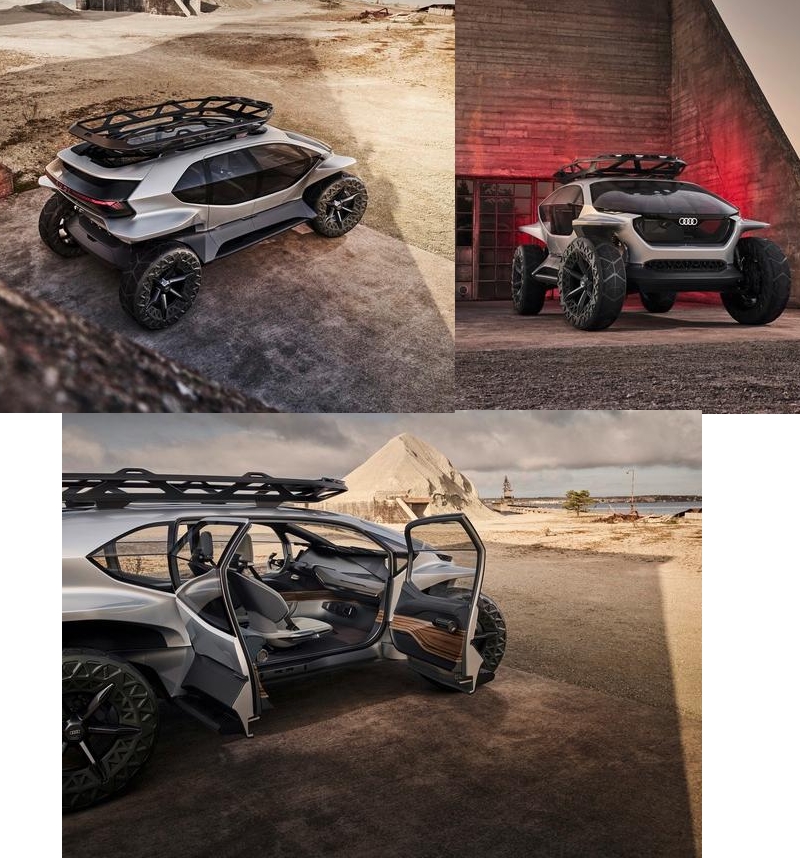 The body of the Audi AI:TRAIL is made of a mixture of high-tech steel, aluminum and carbon fiber. As a result, it weighs just 1,750 kilograms (3,858.09 lb) despite its high-capacity battery.

The windshield wraps around the front of the vehicle like the cockpit of a helicopter. Passengers have an unobstructed view of the road or trail both in front and to the sides. Nor is it just the front and sides that are transparent and covered in glass. Almost the entire roof, from the top of the windshield to the rear spoiler, allows a clear view of the sky and the landscape. Even the vertical Singleframe is glazed, with only the four rings of the badge sitting in their customary position in what is otherwise a glass octagon.

Instead of conventional low beams and high beams, the Audi AI:TRAIL is equipped with a total of five rotorless, triangular, electrically operated drones with integrated matrix LED elements. They are capable of landing on a roof rack or directly on the roof of the vehicle, and docking onto the inductive charging elements.

The flying objects are Audi Light Pathfinders, which generate their lift in the same way as bladeless fans produce their air flow. Thanks to their markedly lightweight design, they can fly ahead of the AI:TRAIL, consuming comparably little energy in the process, and illuminate the path ahead, thereby replacing headlights entirely. If desired, the on-board cameras generate a video image that can be transmitted to the display in front of the driver via Wi-Fi, turning the Pathfinders into eyes in the sky. THE OFF-ROADER OF THE FUTURE – THE AUDI AI:TRAIL QUATTRO; @audi

Given that the AI:TRAIL is intended for use in areas without charging infrastructure, the thing that really draws the attention is its range.

The stated target with its lithium-ion battery is 400 to 500 kilometers (248.5 to 310.7 mi) on roads or easy off-road terrain (in line with the WLTP). On rough ground, where the almost constantly elevated wheel slip alone means that energy consumption is higher, the limit is still an impressive 250 kilometers (155.3 mi).

In order to meet these requirements, the vehicle is designed to reach a maximum speed of 130 km/h (80.8 mph) on the road. The vehicle electronics continuously monitor the energy flow and consumption, thereby ensuring maximum economy even during off-road driving.

In terms of drive hardware, the Audi AI:TRAIL is equipped with four electric motors installed near the wheels, each of which propels one wheel directly. As is typical for Audi, the off-roader is therefore a true quattro. The maximum system output is 320 kilowatts and the maximum torque is 1,000 Newton-meters (737.6 lb-ft). Usually only a fraction of this power is mobilized; the drive of just one axle is often sufficient. 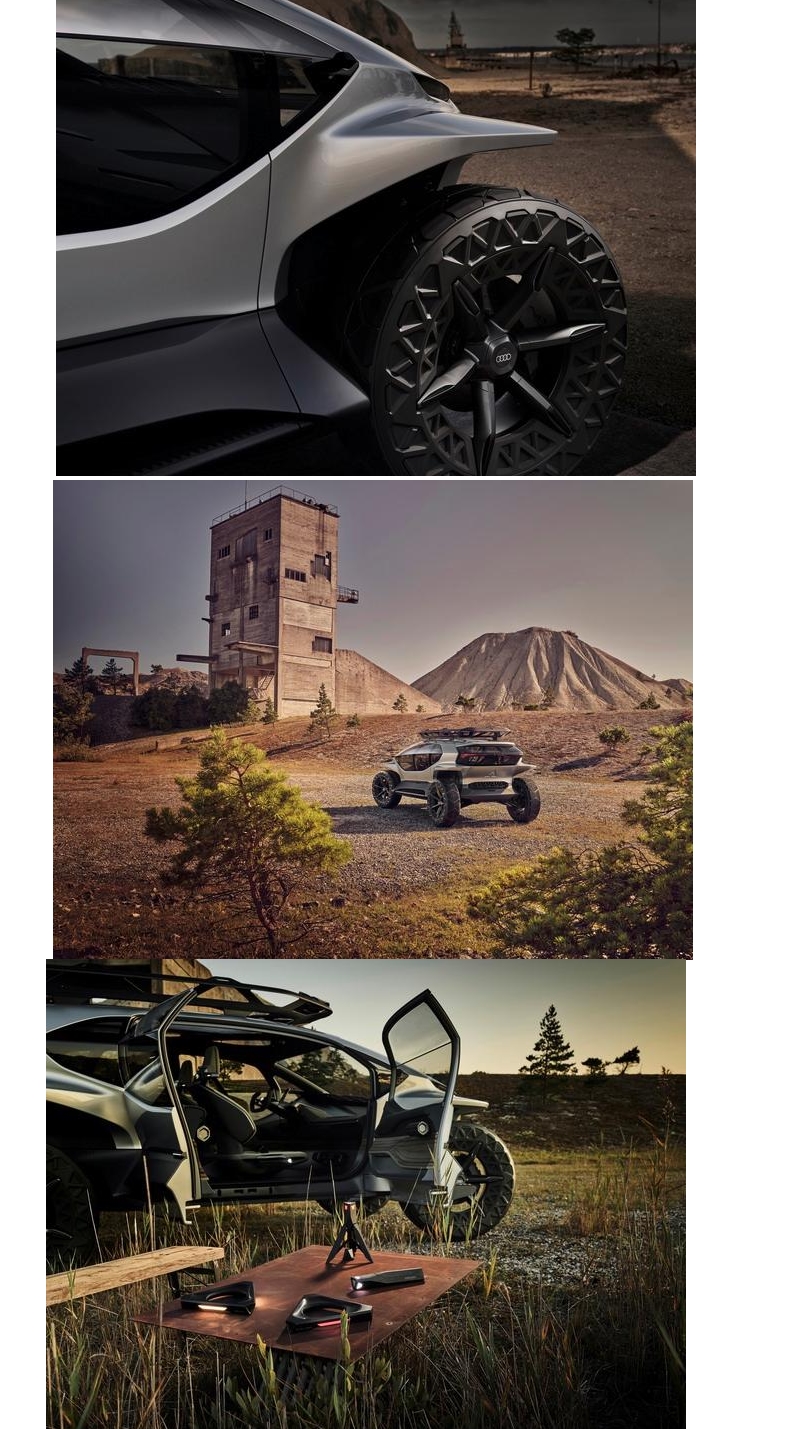 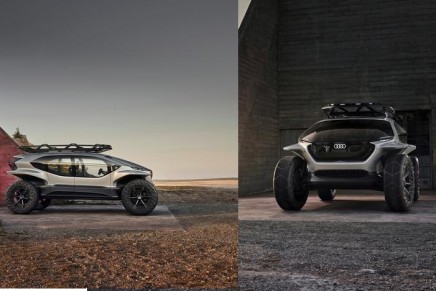 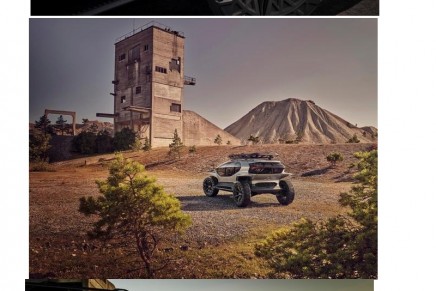 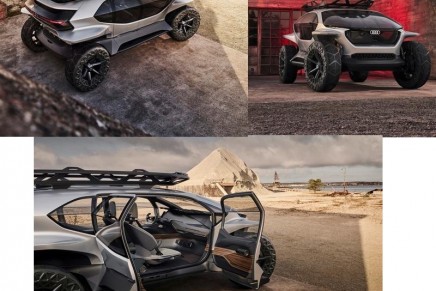 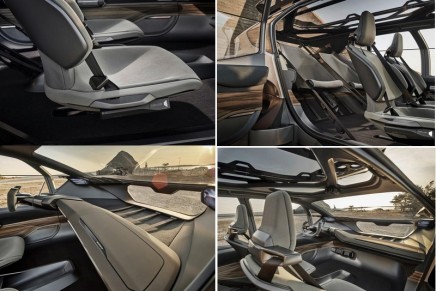