Through this timepiece, Vacheron Constantin perpetuates the grand watchmaking tradition of pocket watches that are both mechanically complex and richly decorated. 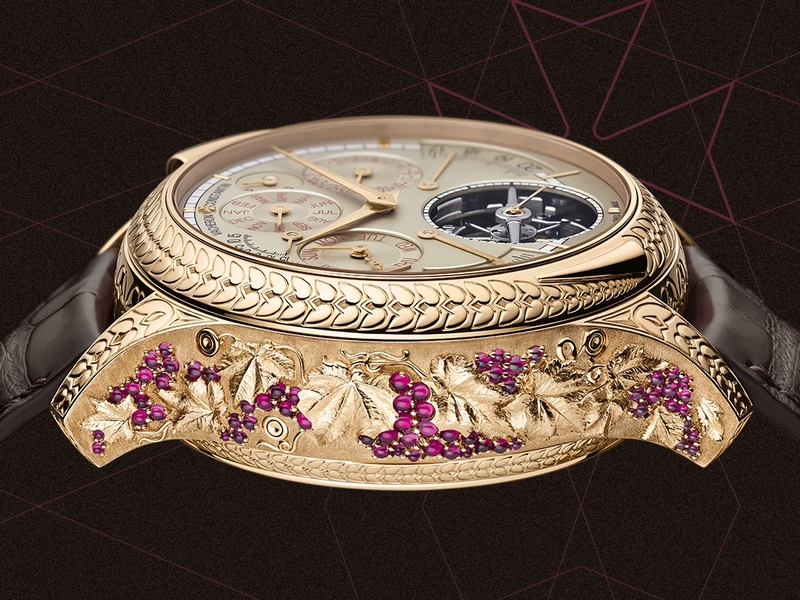 Remarkable mastery of the art of craftsmanship, along with watchmaking expertise: 16 complications on a double-sided wristwatch, beating to the rhythm of in-house calibre 2755 GCC16. Inspired by mythology, the decoration gracing the pink gold case takes the form of a bas-relief sculpture featuring vine leaves and clusters of grapes set with rubies in a nod to Bacchus.

This union of science and art finds an original field of expression in this highly sophisticated Vacheron Constantin Grand Complication timepiece. The mythological references to Bacchus, the god of vines and wine, are symbolised by the ornamentation of the case with a vineyard motif. The Maison’s master engravers and gem-setters have worked together to create a bas-relief vine foliage on the case middle of the watch, embellished with ruby-set bunches of grapes.

A masterpiece of applied arts, this model is doubly remarkable for its Calibre 2755 GC16 movement powering 16 complications and representing one of the most complex ever made by the Manufacture. A tourbillon and striking watch with a minute repeater mechanism, Les Cabinotiers Grand Complication Bacchus brings together on its double-sided display the essential calendar and astronomical functions in tribute to Johannes Kepler, one of the founders of modern astronomy.

The perpetual calendar offers an equation of time indication as well as sunrise and sunset times on the front, complemented on the back by a display of sidereal time with a rotating sky chart of the constellations, the age of the moon along with indications of the date, seasons and signs of the zodiac. 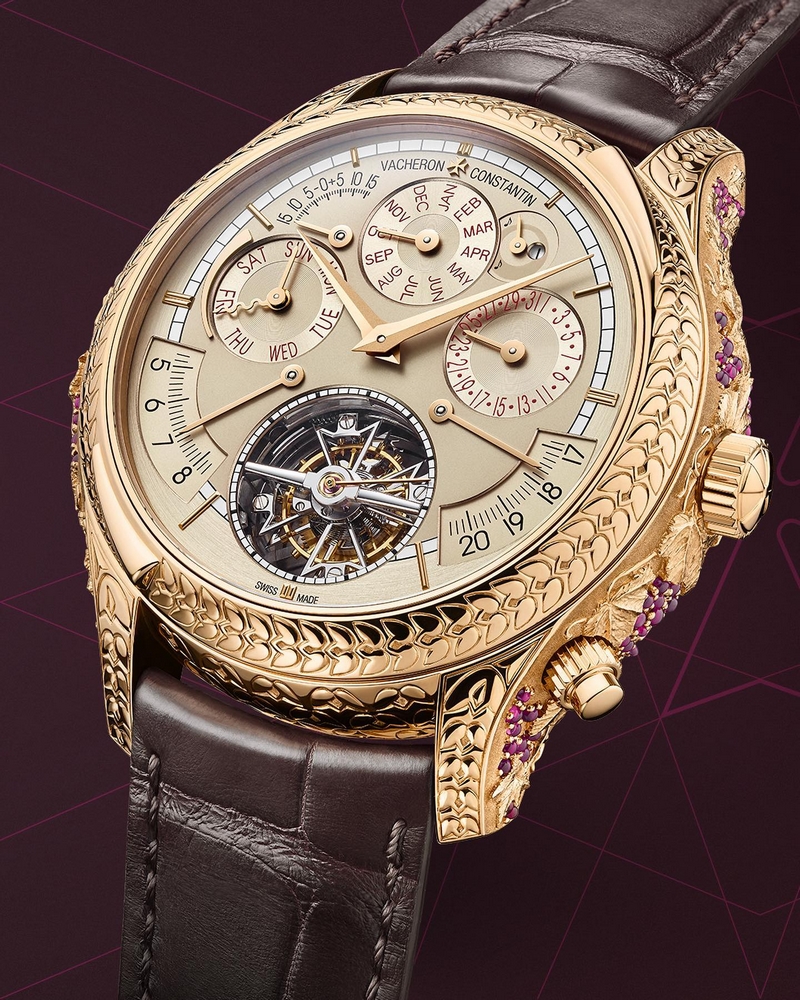 Each year, the Les Cabinotiers department unveils a range of single-piece editions relating to a theme cherished by Vacheron Constantin. The year 2021 is dedicated to “Le Temps Céleste” (which means Celestial Time), with timepieces referring to the astronomical origins of time measurement.

From the dawn of civilisations, the cycle of days and seasons, the evolution of constellations in the night sky, the phases of the moon and eclipses have exerted an almost mystical fascination. Eager to unravel the mysteries of the universe, the first human beings found in mythological tales a cosmogony blending legends with poetry. At a very early stage, the first scientific minds attempted to decipher the rhythms of Nature and to organise them according to predictable patterns.

It was from these calculations, and with the appearance of writing, that the first calendars were born, before the Babylonian sexagesimal system gave meaning to the physical division of time into units of angle. Traditional watchmaking is a direct heir to this rigorous and scientific approach, expressed today on watches with depictions of the calendar, the sky chart, moon phases, tides and seasons, and even civil, solar and sidereal time with their differentials.

Vacheron Constantin has nevertheless sought to endow these genuine observation instruments with all the charm of the founding myths through the subtlety of its craftsmanship, through its work in guilloché engraving and the engraving of symbolic motifs, or in the “stellar” glittering of gem-set stones. This new Les Cabinotiers range is the expression of exceptional expertise in astronomical watches, dedicated to the poetry of time. 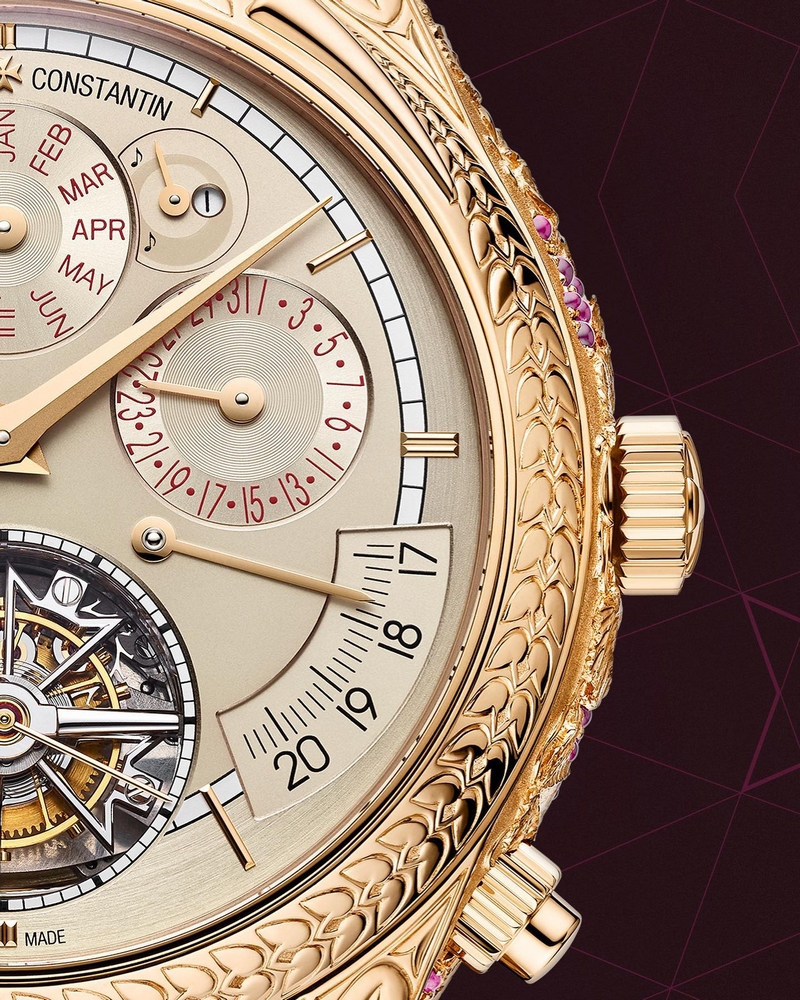 Astronomical watches enjoy a rich and longstanding tradition within the Maison. The Vacheron Constantin archives reveal a first perpetual calendar in 1884, integrated into a double-sided yellow gold pocket watch, now part of the Maison’s private collection. This was the beginning of a mechanical “epic” that would singularly take shape at the turn of the century. In 1900, the Maison set up a workshop exclusively dedicated to the assembly of watches with complications, often incorporating astronomical functions. Orders flooded in for complicated and even very complicated watches. The perpetual calendar was then combined with other technical feats such as those enriching a 1905 pocket watch comprising a minute repeater, split-seconds chronograph and perpetual calendar with phases and age of the moon.

Delivered in 1929, the pocket watch made for King Fouad I of Egypt with chronograph, perpetual calendar, Grande and Petite Sonnerie and minute repeater functions is characteristic of this golden age. This exceptional watchmaking expertise, later applied to wristwatches, would be powerfully expressed in the Tour de l’Île with its 16 horological and astronomical complications, produced in 2005 to mark the 250th anniversary of the Maison. It features a sky chart, a complication that has become a speciality of Vacheron Constantin. Reference 57260, which has 57 complications, also features a sky chart, notably accompanied by sidereal time and a secular Hebrew calendar. In 2017, Vacheron Constantin once again innovated with Calibre 3600, powering displays of civil, solar and sidereal time, the latter synchronised with a mobile representation of constellations. 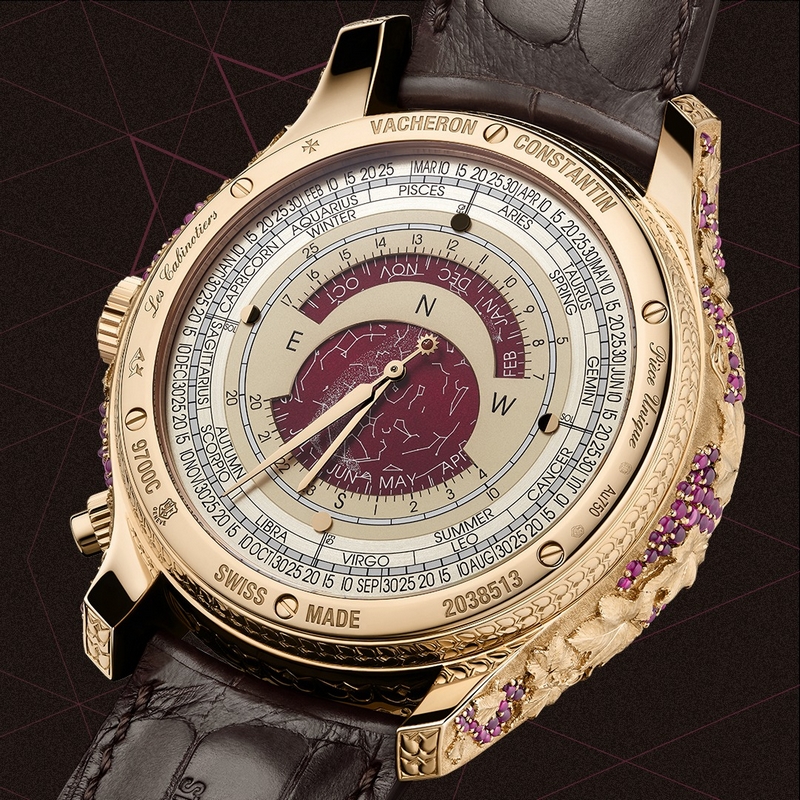 In the Vacheron Constantin universe, Les Cabinotiers represents a department in its own right dedicated to the personalisation of Grand Complication models and single-piece editions. This tradition dates back to the 18th century, an age when master-watchmakers were called cabinotiers and worked in ateliers bathed in natural light, known as cabinets and located on the top floors of Geneva’s buildings. In the hands of these learned artisans, open to the new ideas of the Enlightenment, exceptional timepieces were born, inspired by astronomy, mechanical engineering and the arts. This expertise, which constitutes the great Geneva watchmaking tradition, has been flowing through Vacheron Constantin’s veins since 1755. 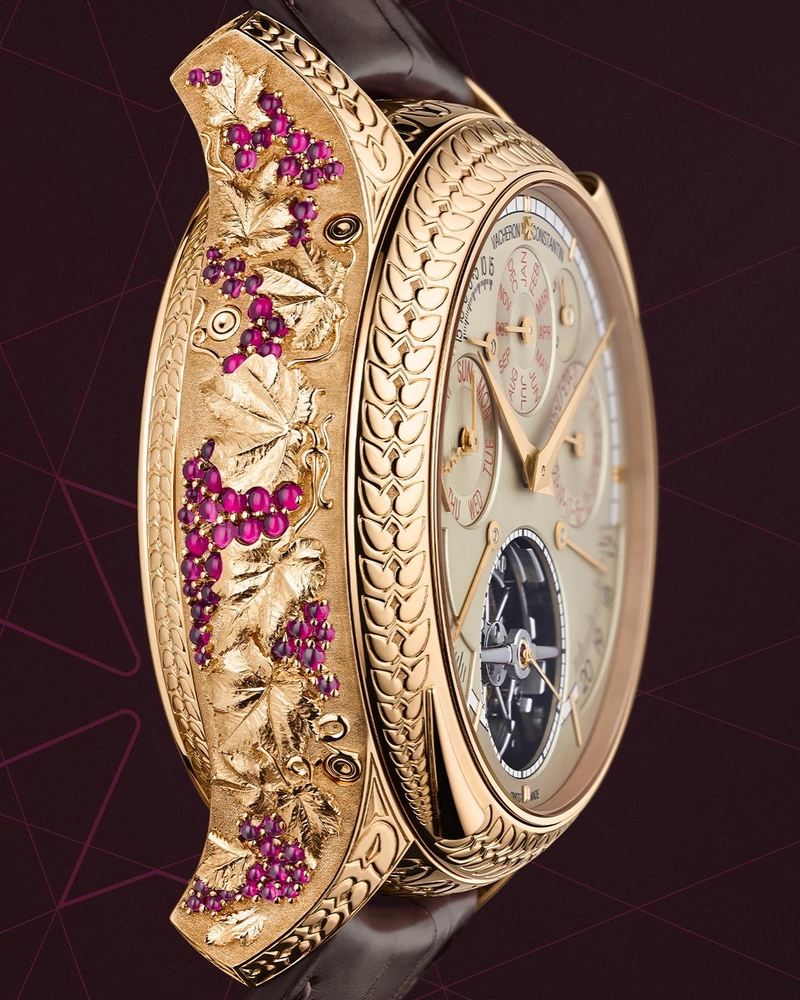 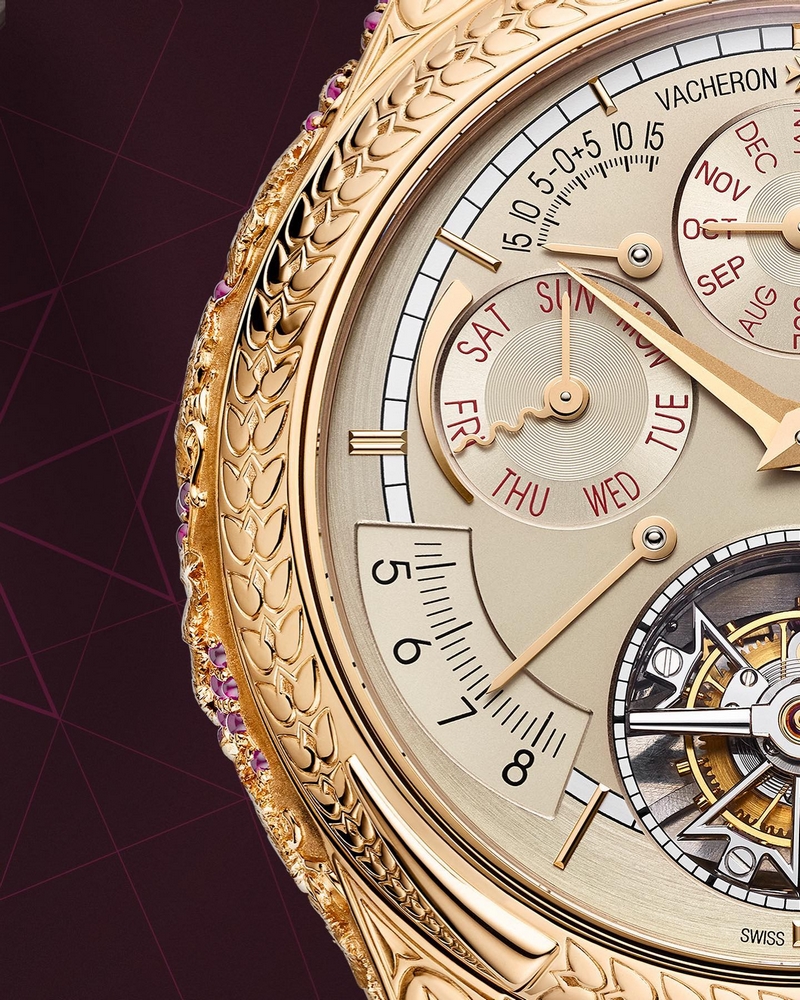 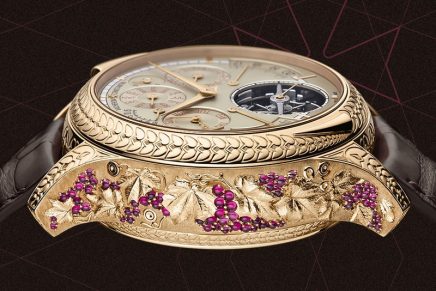 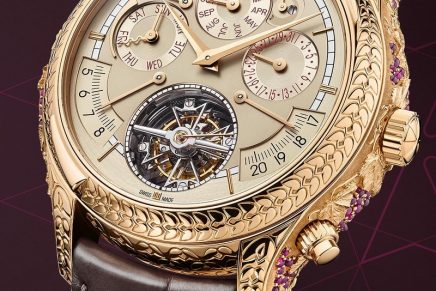 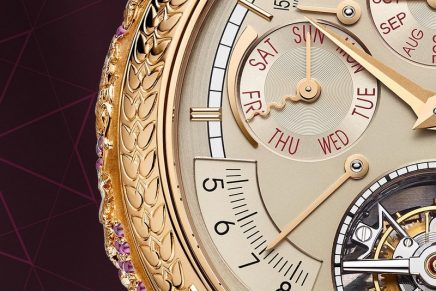 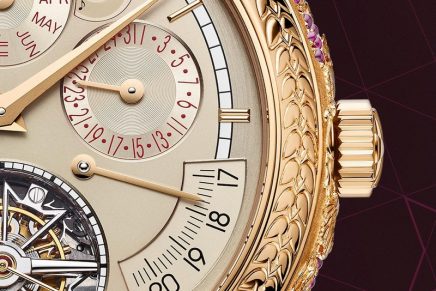 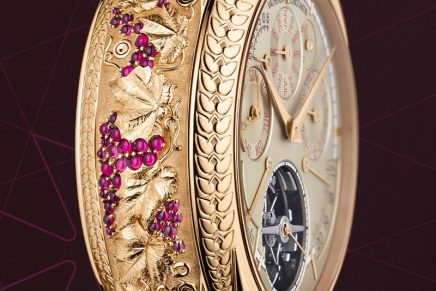