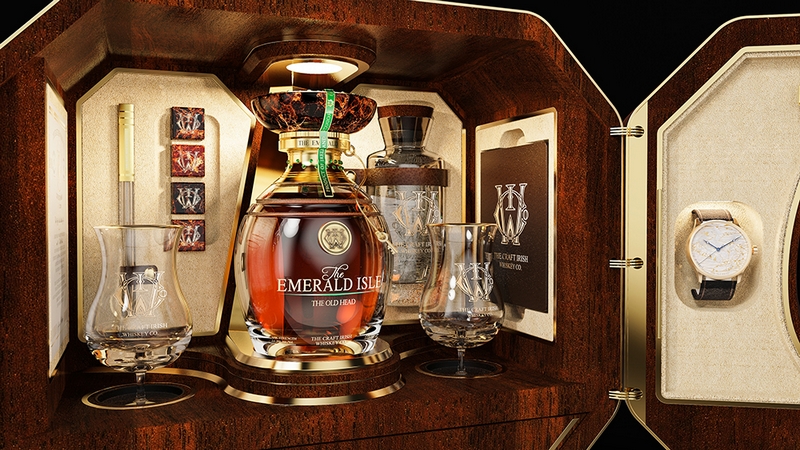 ‘The Emerald Isle Collection’ is the oldest triple distilled Irish whiskey in the world and fuses Faberge’s unique heritage with rich Irish tradition and mythology.

All proceeds from the sale of ‘The Emerald Isle Collection by The Craft Irish Whiskey Co. x Fabergé will be split equally between the Correa Family Foundation and a charity of the collector’s choice.

Fabergé jewelry house is continuing its legacy of creating unique and collectable objects, bridging the gap between historic legacy and modern-day heirlooms.

‘The Emerald Isle Collection’ made in partnership with The Craft Irish Whiskey Co. is a seven-piece custom-made whiskey set which celebrates the ‘Seven Wonders of Ireland’. Beautifully presented in a dark walnut experience box, each set features a unique Fabergé Celtic Egg objet and bespoke Altruist watch, along with two bottles of extremely rare, 30-year-old, triple distilled Irish whiskey.

“Rare whiskey has seen tremendous investor attention, and the whiskey market is undergoing a dynamic evolution,” said Josina von dem Bussche-Kessell, Global Sales and Business Development Director at Fabergé. “It is very exciting for Fabergé to participate in such a cross-pollination of luxury sectors, thereby adding a dynamic twist on age-old traditions.”

Each experience box has been inspired by the shape of an emerald and features an illustration of one of the ‘wonders’ of Ireland and its coordinates, with a frontal egg-shaped aperture and a frame of coloured gemstones. Inside each box is a hand-crafted whiskey bottle which holds the ‘liquid gold’. Each of the bottles has been inspired by key Fabergé design elements, set with responsibly sourced emeralds from Gemfields’ Kagem mine in Zambia on the neck and lowermost part of the bottle. 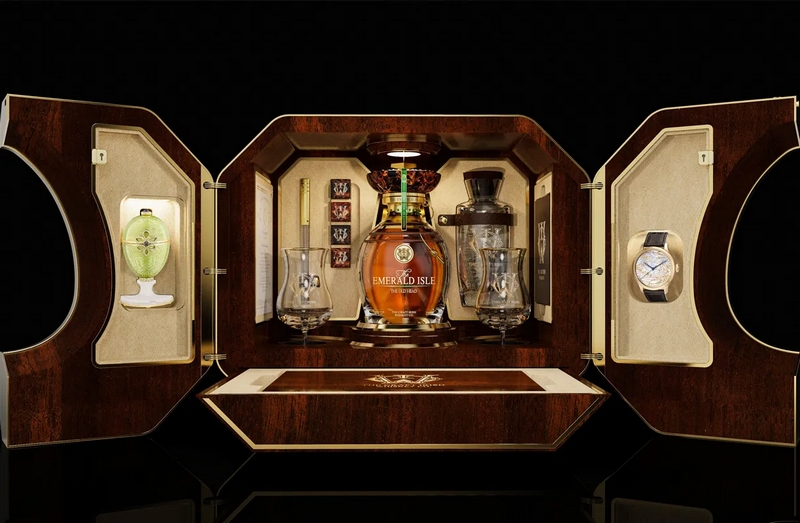 Accompanying each bottle of whiskey is a bespoke Fabergé Celtic Egg objet, handcrafted by fourth-generation Fabergé enamel workmaster, Dr. Marcus Mohr. Each luxury egg is crafted from 18k yellow gold and features Fabergé’s legendary guilloché enamel in a pastel green; the green, white and gold colours of the egg symbolise the Irish flag.

Each of the seven unique Fabergé eggs is set with a pavé diamond Celtic knot, framing a coloured gemstone at its centre. Each one also features a different gemstone on its exterior: Gemfields Zambian emerald, blue sapphire, Gemfields Mozambican ruby, amethyst, rhodolite, spessartite or tourmaline, representing each of the seven Irish locations. A matching cabochon coloured gemstone is also set on top of the egg, which itself is mounted on a beautiful hand-carved and polished rock crystal plinth with gold base.

In true Fabergé spirit, a surprise awaits inside in the form of a rough, uncut Zambian emerald responsibly sourced from Gemfields and presented on a gold guilloché base with an intricate claw setting.

“This is the first time in Fabergé’s history that we have featured a surprise of this kind. The enduring legacy of this piece continues, as the owner can later commission Fabergé to convert the rough emerald as part of a bespoke set, or piece of jewellery,” said Fabergé’ in a statement. 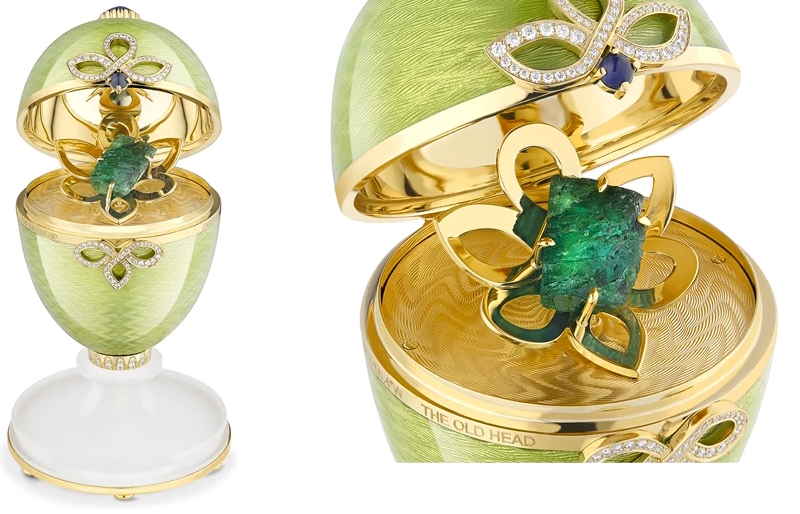 Emeralds are believed to symbolise hope, growth and fresh starts – which befits the current challenging times.

In addition, each edition of ‘The Emerald Isle’ features a bespoke one-of-a-kind Fabergé Altruist 18k rose gold watch with a self-winding movement from Vaucher Manufacture. Each piece has a unique dial, inspired by the landscape of one of the ‘Seven Wonders of Ireland’. Handcrafted by Fabergé’s workmaster André Martinez, a specialist in decorating watch dials, the white mother of pearl face has been skilfully etched and hand-painted with 24k rose gold. The crystal case backs on each piece are dedicated to The Craft Irish Whiskey Co. and feature their logo. The watch is finished with a brown alligator strap.

The inaugural launch of these highly limited boxes took place via a private auction on 2nd February 2021 with 100% of the proceeds going to charity – 50% to the Correa Family Foundation supporting children affected by serious illness, and the remaining 50% to the buyer’s charity of choice. 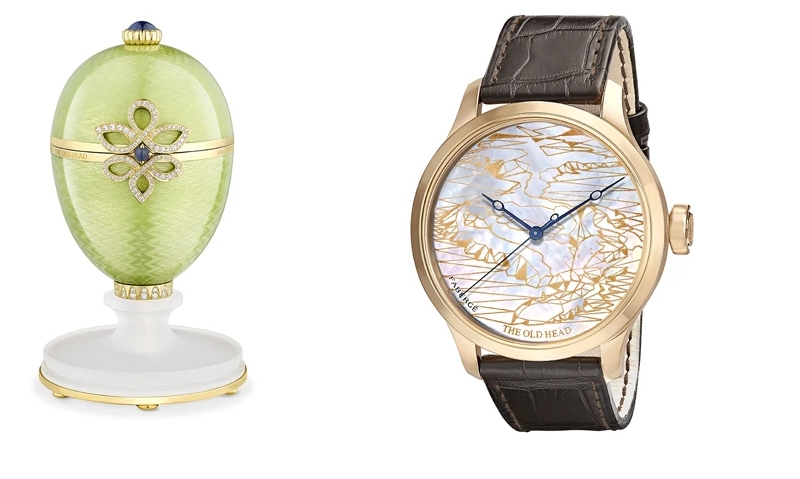 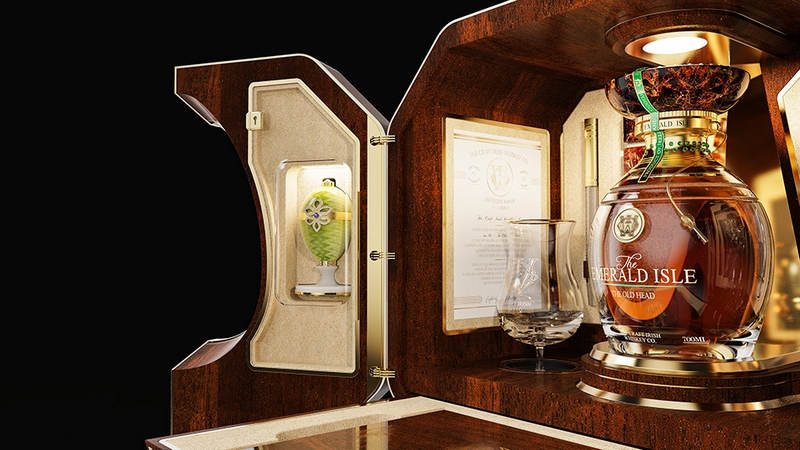 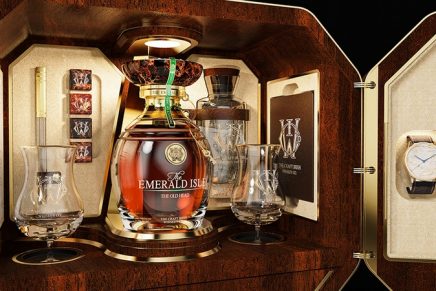 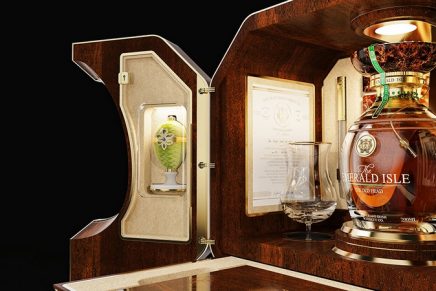 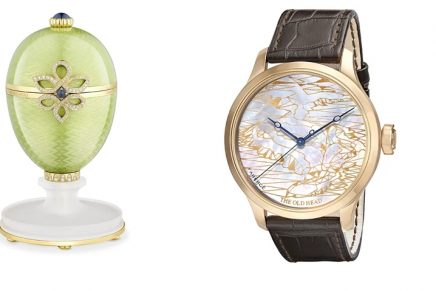 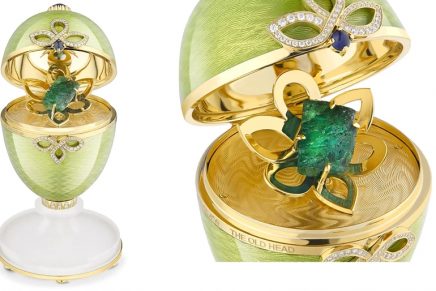 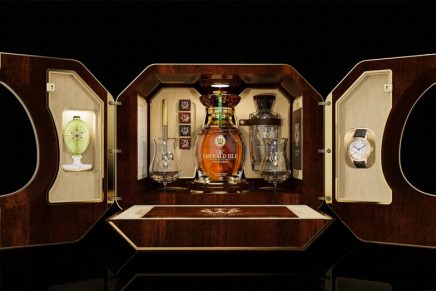