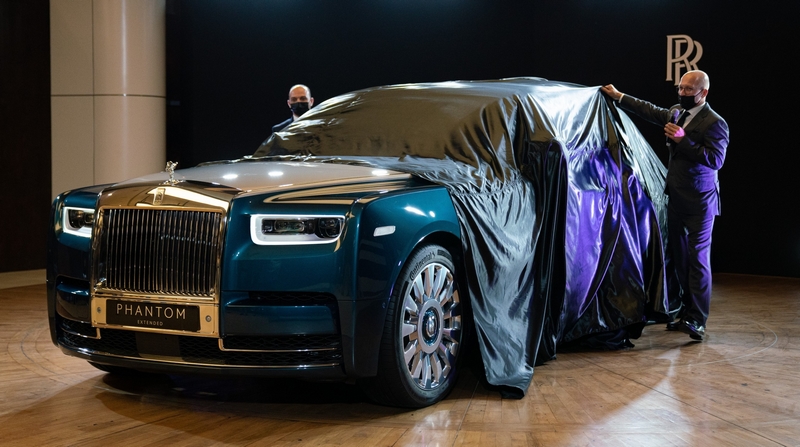 The Gallery in a Rolls-Royce Phantom is a unique space that provides the perfect stage to showcase artworks. ‘Iridescent Opulence’ unique model by Nature Squared is a brilliant example of what can be commissioned and displayed in that luxurious space. Unveiled in Abu Dhabi, the latest Rolls-Royce Phantom ‘Iridescent Opulence’ is featuring a Bespoke Gallery, which debuted as a concept in 2017. 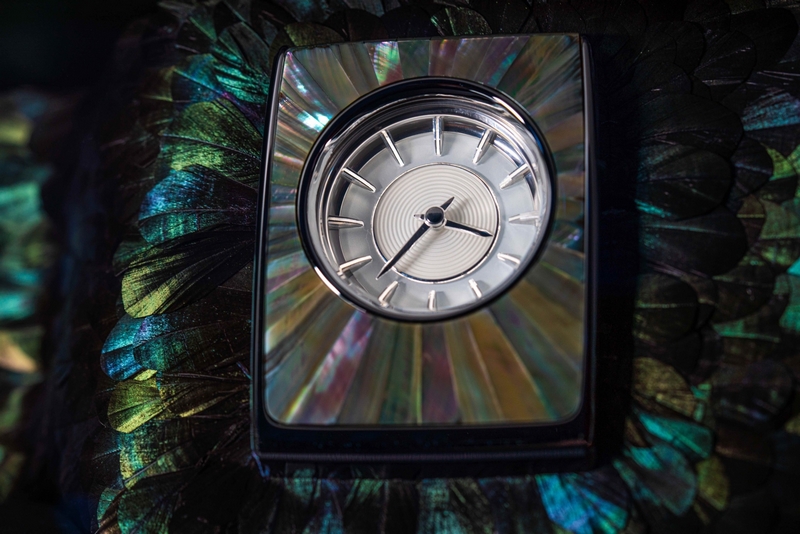 As Rolls-Royce is the epitome of Bespoke, each new commission is bringing unparalleled Bespoke capability to life.

“Spectacular Bespoke commissions and collection cars reaffirm Rolls-Royce’s status as the world’s foremost manufacturer of luxury products and with Abu Dhabi being one of the strongest markets for Bespoke Rolls-Royce models in the region, we are extremely excited to be revealing this masterpiece at Abu Dhabi Motors.” – Tarek Moataz, Brand Manager, Rolls-Royce Motor Cars Abu Dhabi Motors.

An understanding that the marque’s patrons are increasingly collectors of fine and contemporary art led the Rolls-Royce Design Team to create a space in which to curate and to commission, to exhibit, admire and reflect. A space aptly named ‘The Gallery’, is an application of glass that runs uninterrupted across the fascia of Rolls-Royce Phantom, providing an unprecedented opportunity to present artwork within your car.

Assembled in a highly technical Clean Room at the Home of Rolls-Royce in Goodwood, England – a sterile environment within which delicate and highly Bespoke items can be assembled, from a simple application of wood or metal, to a more complex use of materials not normally viable in an automotive context – ‘The Gallery’ extends the patron’s experience of curation with the marque to a new realm.

“Feathers, which exude luxury, are a bold and progressive aesthetic to incorporate into an automotive context,” explained Rolls-Royce Motor Cars. Extensive research was carried out to identify a sustainable species of bird with a rich dense plumage which would provide an opulent interior to adorn Phantom’s Gallery. Over 3,000 tail feathers were selected for their iridescence, individually shaped to accentuate the sheen and rich hue of the natural feathers and hand-sewn onto an open pore fabric in a design that originates from the heart of ‘The Gallery’, the clock. Additive manufacturing as used to emulate the musculature of a natural wing to bring life to the creation, creating an atmospheric artwork that brings both movement and fragility to this Gallery. Additionally, the clock alone is a work to be revered. The centrepiece is inlaid with a Mother of Pearl surround, which emphasises the lustrous texture of the feathers.

Making the opportunity to exhibit works of art and design within a motor car itself a reality, patrons can immersive themselves in ‘Iridescent Opulence’ at Abu Dhabi Motors, a masterpiece through which the marque once again showcases its unique storytelling characteristics. 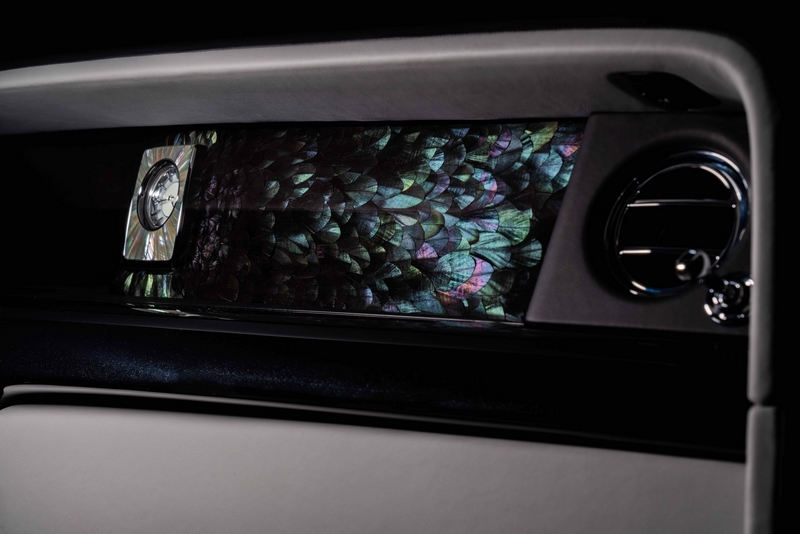 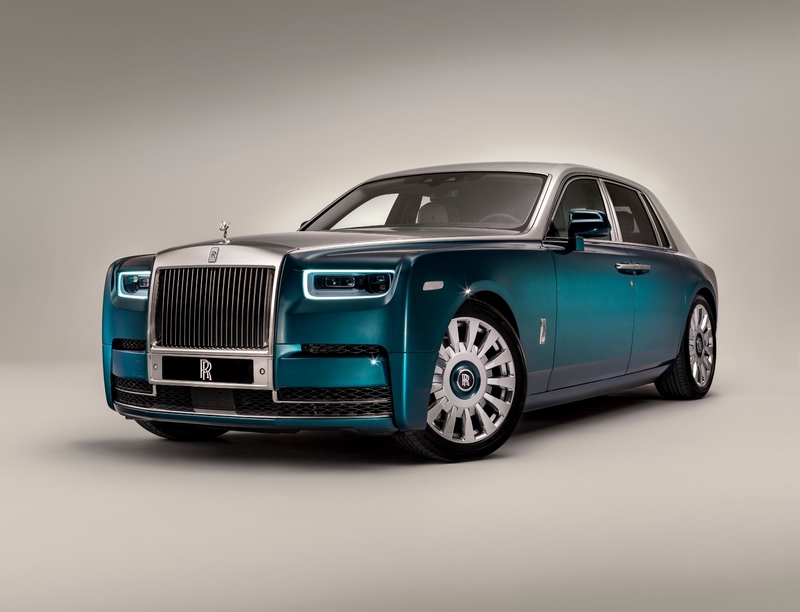 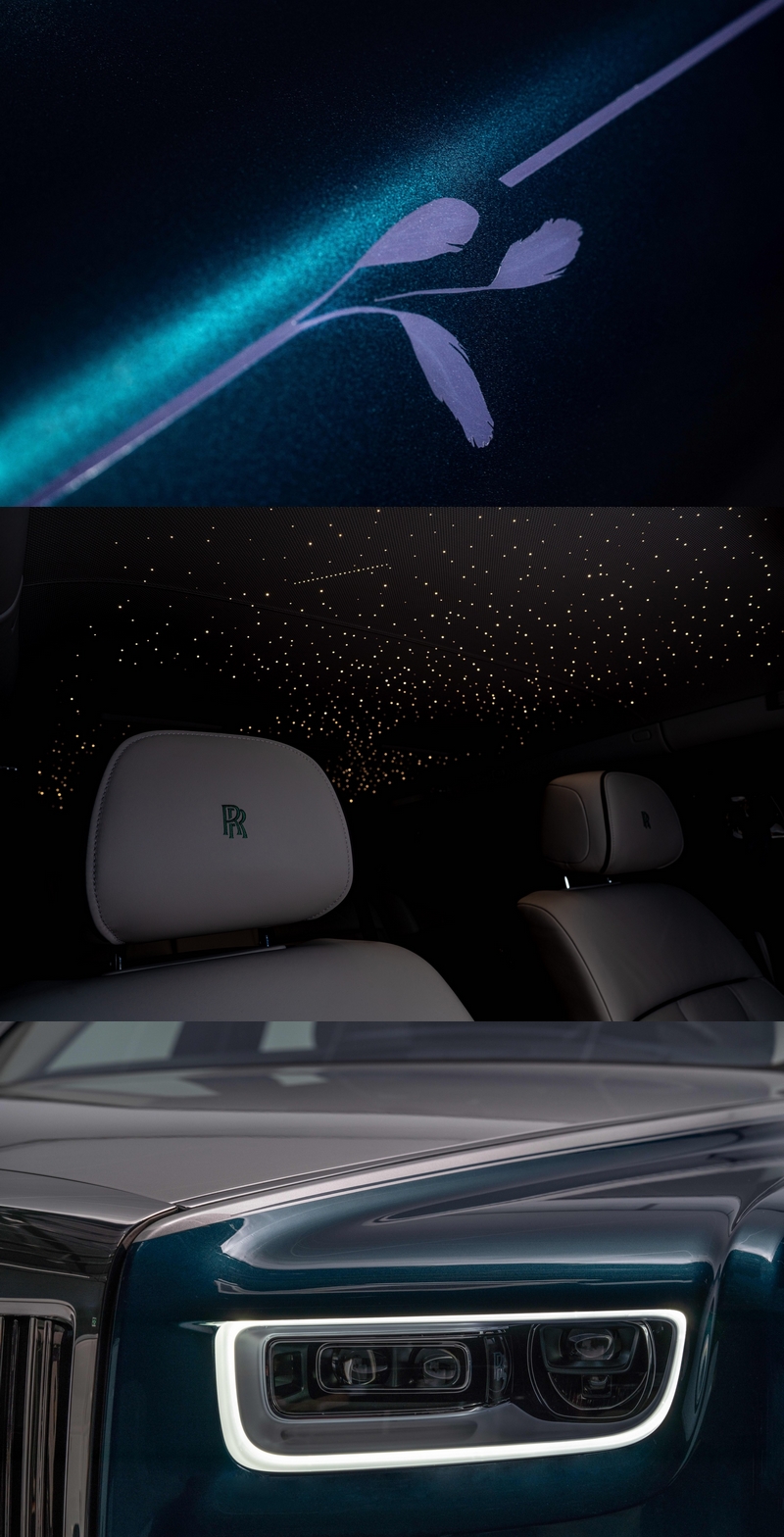 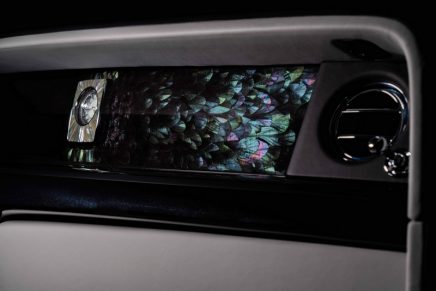 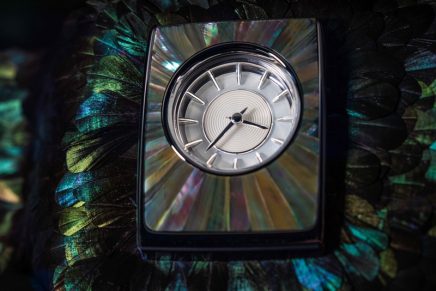 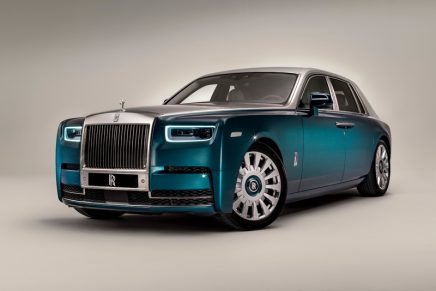 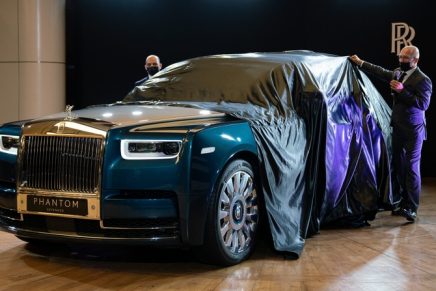 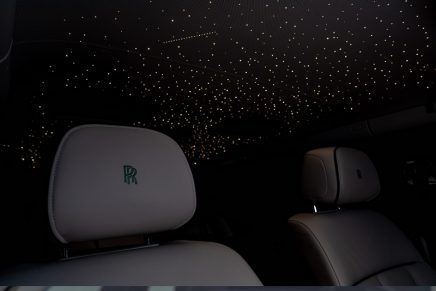 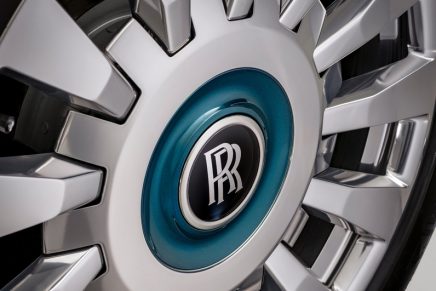