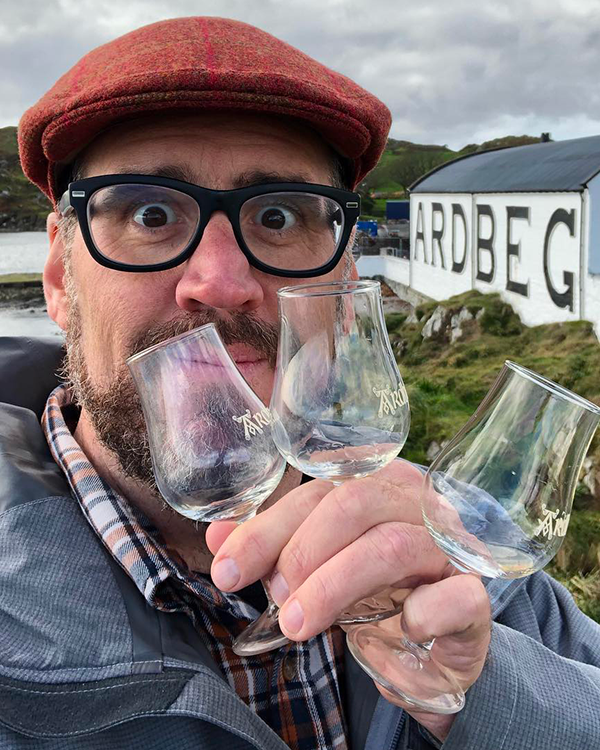 This article titled “10 of the best whisky distillery tours in Scotland” was written by David Lloyd, for The Guardian on Tuesday 15th October 2019 05.30 UTC

It’s an adventure in itself just reaching Nc’nean, a remote and free-spirited whisky startup 12 (slow) miles down a single-track road on the Morvern peninsula on Scotland’s stunning west coast. For those that do make it, tours (with coffee and a slice of organic cake) are less about stats and more about the soul of this exciting, sustainably-minded enterprise. The team here is experimenting with different strains of yeast, curiously-shaped stills and longer mash times. To what end? We’ll find out next year when its first whisky is released. Walks in any direction offer the chance to spot otters, pine martens and sea eagles.
Stay Achnacriche, doubles from £95 B&B
• Tours from £15pp, Lochaline, ncnean.com

Perth’s Tommy Dewar understood the power of marketing. A globetrotting brand ambassador before that title had really been established, in the early years of the 20th century Dewar enlisted Thomas Edison to direct a film commercial for his White Label blend. It’s possibly why Dewar’s remains among the best-selling blends in the US. The remarkable story forms the heart of the interactive heritage museum at the visitor centre for Aberfeldy, the malt at the heart of Dewar’s blend. The distillery is on the banks of the Upper Tay, just outside Aberfeldy itself.
Stay Brae House, doubles from £125 B&B
• Tours £10.50pp, Aberfeldy, dewars.com

A steady supply of water doesn’t automatically lead to whisky production. In Deanston, it once meant textile manufacturing. Which is why this distillery wouldn’t look out of place along the Rochdale canal. A Richard Arkwright-designed textile mill, Deanston was transformed into a distillery in 1966. Thanks to the River Teith, the distillery, as with the mill before it, generates its own power. Tour guides point out the ghostly remains of what was claimed to be the largest waterwheel in Europe – now replaced by turbines. Deanston is the location for film director Ken Loach’s affectionate whisky romp, The Angel’s Share.
Stay Creity Hall, doubles from £90 B&B
• Tours from £9pp, near Doune, deanstonmalt.com

The stars and stripes flying high above the Aberdeenshire countryside is a clue that GlenDronach is now owned by the same American company behind Jack Daniel’s. With its row of workers’ houses and 250-year-old master distiller’s mansion, this is a thrilling distillery experience – more than 50 people lived and worked here in the early 19th century. In fertile farming country (the Valley of the Brambles responsible for its Gaelic name), you can pick a blackberries in the grounds for an appropriately sweet amuse-bouche before a tour of this Victorian whisky village and a tasting of its juicy, sherry-matured whisky in the darkly inviting tasting bar.
Stay Netherdale House, doubles from £110 B&B
• Tours from £10pp, Forgue By Huntly, glendronachdistillery.com

So discreet is its setting in farmland above the coast road, that many who pass en route to John o’Groats assume Clynelish is a hydro-electric plant. You can see their point. The 1960s-built distillery eschewed the traditional pagoda-style skyline of the malting roof (which is now mostly a distillery affectation anyhow, as barley is malted off site). However, the 200-year-old distillery buildings – home to the holy grail of lost malts: Brora – are being recommissioned by beverage multinational Diageo. The distillery has a dark past: it was built by one of the chief architects of the Highland clearances, the Duke of Sutherland. His hill-top statue looms over this coast, although slabs of its footing are regularly chipped away by those determined to see it tumble.
Stay Clynelish Farm, doubles from £80 B&B (£70 a night for two or more nights)
• Tours from £12pp, Brora, malts.com

Think you’ve got what it takes to be a master blender? The Chivas Blending Experience (£60) at Strathisla, the oldest continuously operating distillery in the Highlands, will put you to the test. Now owned by Pernod Ricard, whose portfolio includes Chivas Regal, the distillery’s cobbled courtyard leads to a mad professor-style blending lab, complete with bulbous burettes filled with fine malt whisky. Tours make it possible to mix (and keep) your own unique blend. The two-pagoda distillery is atmospheric, with many of its stones snatched from neighbouring 15th-century Milton Castle.
Stay Isla Bank House, doubles from £130 B&B
• Tours from £15pp, Keith, maltwhiskydistilleries.com

When burned as fuel to dry the malted barley, the seaweed and sea salt-infused peat of Islay produces the island’s signature whiskies. Ardbeg’s tours include a yomp over Islay’s peat-cloaked hills (perhaps by way of the eighth-century Kildalton Cross, one of the finest early Christian crosses in Scotland), with an outdoor tasting and a picnic lunch prepared by the team at the distillery’s restaurant. Round a visit off with a stay at Seaview Cottage, the former home to the distillery manager. Sipping an Ardbeg Supernova with a view of the Atlantic breakers outside your window, peat fire roaring in the stove – might that be the ultimate Islay whisky experience?
Stay Seaview Cottage, sleeps six, from £200 a night (minimum two-night stay)
• Tours from £8pp, Ardbeg, Port Ellen, Islay, ardbeg.com

Squeezed between the coast and the cliff that separates the harbour from the suburbs above, the Oban distillery is a tight huddle of grey granite buildings. When the distillery was built in the 1790s, Oban was little more than a scatter of herring storehouses, but since then the busy port has grown around it. This pocket-size distillery’s tours offer a rare chance to sample a west-coast style (somewhere between a sweet Speysider and the smokey islands). When the drizzle descends, the lively dramming bar is the place to settle in and see it out before catching a ferry to recently reopened Tobermory distillery on Mull.
Stay Alltavona guesthouse, doubles from £115 B&B
• Tours from £12pp, Oban, malts.com

In its prime, Campbeltown (a distinct whisky region in its own right at the end of the Kintyre peninsula) saw more than 30 distilleries pump their waste back into Campbeltown Loch, giving rise to the Andy Stewart eponymous song: “Campbeltown Loch/ I wish you were whisky”. Of the three remaining distilleries, Springbank is the oldest, producing its complex maritime dram on the same fortress-like site in the centre of town since 1828. As tours go, Springbank has more to see than most, as the entire production line takes place here, from the malting floor to the bottling plant.
Stay Grammar Lodge, doubles from £90 B&B
• Tours from £10pp, Campbeltown, springbank.scot

Easy-drinking Lowland whiskies can find it it hard to shout above the peaty monsters of Islay or the romance of the Highland drams, and a decade or so ago there were only a couple of distilleries clinging on. But a cluster of new Fife-based ventures point to a resurgence. Kingsbarns’ new visitor centre and restaurant sit within meticulously restored farmsteadings and a 200-year-old dovecot. It’s surrounded by golden fields of barley: the same stuff that you’ll see frothing away in the mash tun. Its first release, Dream to Dram, is a perfect distillation of Fife’s farming heritage, one that’s even managing to lure golfers away from St Andrews’ Old Course, just eight miles away.
Stay The Old Station, doubles from £90 B&B
• Tours from £10pp, Kingsbarns, kingsbarnsdistillery.com