With the addition of Château Grand-Pontet, a Grand Cru Classé, Château Quintus becomes one of Saint-Emilion’s largest wine properties.

Quintus brand grows with the acquisition of its close neighbour, Château Grand-Pontet. Established in 2011, Château Quintus released its 10th vintage this past year, with its highly acclaimed 2020.

The history of Quintus is closely linked to that of Saint-Emilion, one of the oldest wine growing areas of the region. Perched on a limestone promontory, culminating at an altitude of 62 metres, Quintus offers up a breath-taking 360-degree view across the Dordogne valley. Its topography, boasting a plateau and featuring north, west and south facing slopes, comprises an incredible abundance of micro climates and limestone soils, especially well suited for extricating the finest qualities of the Merlot and Cabernet Franc grape varietals.

The Gallo-Romans, creators of the Saint-Emilion vineyards, traditionally named their fifth son Quintus (“fifth” in latin). Domaine Clarence Dillon paid tribute to their predecessors by naming their 5th First wine, Quintus, which naturally takes its place alongside the 4 exceptional red and white wines of Château Haut-Brion and Château La Mission Haut-Brion. 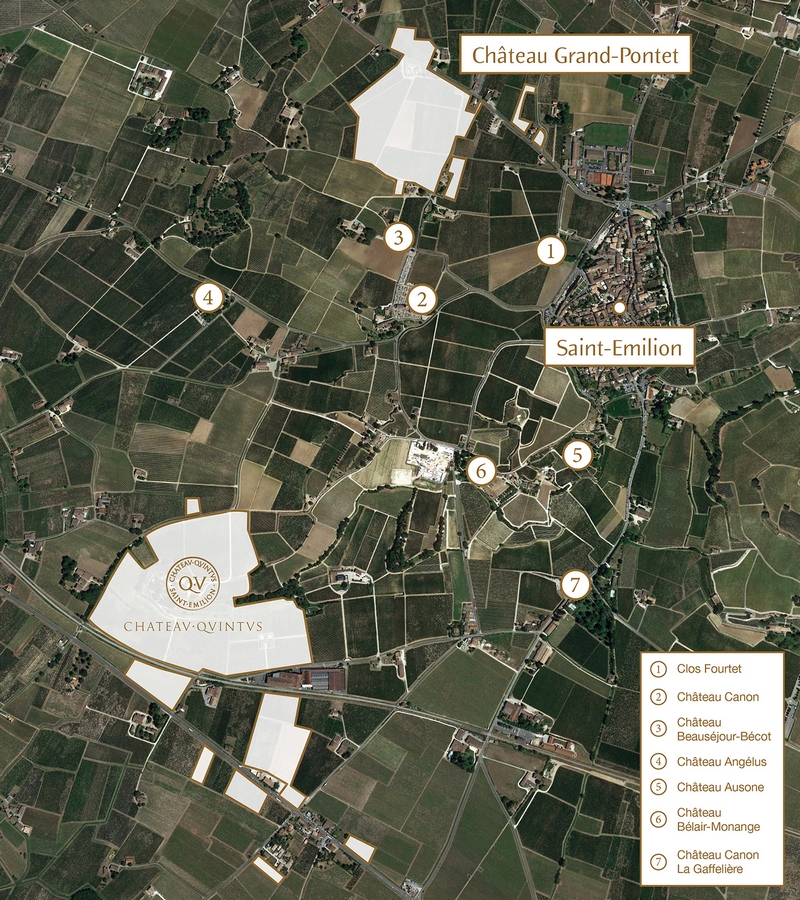 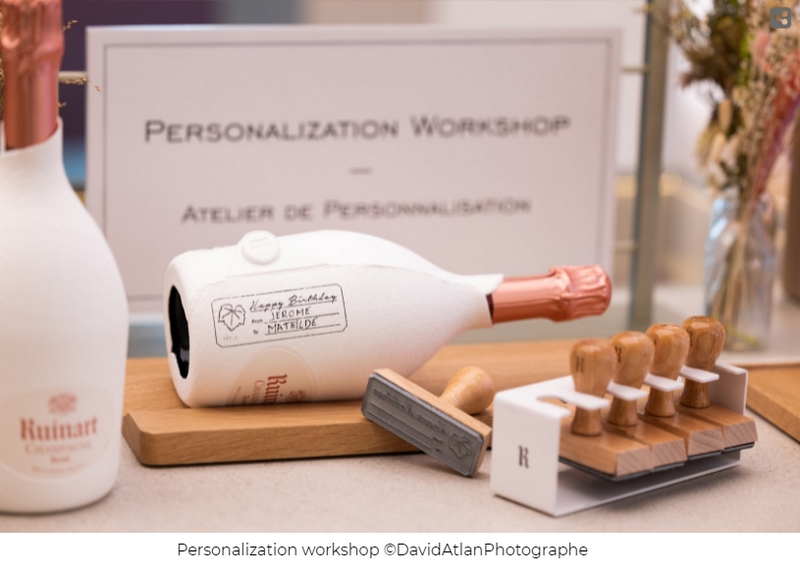 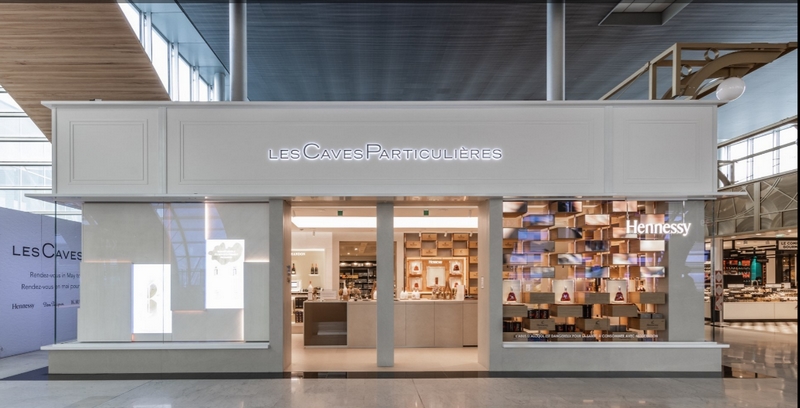 Moët Hennessy, one of the world leaders in prestige Wines and Spirits, announced the reopening of the boutique, “Les Caves Particulières”, located in the heart of Paris-Charles de Gaulle Airport, with a bright new concept designed by Hubert de Malherbe. Created in 2014 in collaboration with Group ADP, Lagardère Travel Retail and SDA, Les Caves Particulières, an avant-garde project, reinvents itself. The traveller remains at the heart of this retail space, which continues to “Bring a taste of French art de vivre back home” through new experiences.

Les Caves Particulières is undergoing a complete makeover this year. The new project was entrusted to iconoclastic architect, Hubert de Malherbe, a renowned expert in design and retail design. Playing with stone and wood, but also with the iconic shipping crates, one of the symbols of the group’s spirit of conquest, he was able to modernize the space with a simple and pure design, putting the consumer at the heart of the project with a large central experience table. The olfactory signature of the boutique was created by Thierry Wasser, perfumer of Maison Guerlain. Many exclusive services and products are available to travelers, including rarities Edition Particulière Hennessy, the limited-edition Hennessy XO Paris, discovery and mixology workshops, personalization, as well as a series of food and wine pairing experiences developed in partnership with the gastronomic space, La Halle Gourmande.

The number of health-conscious populace inclining toward consumption organic food and beverage products is increasing across the globe. This factor is likely to bring promising demand for products from the global organic wine market in the forthcoming years. The analysts at Transparency Market Research (TMR) note that the global organic wine market is expected to reach the valuation of US$ 30 Bn by 2030. Surging number of wine exhibitions and increasing popularity of vegan-friendly wines is likely to boost the market growth in the years to come. 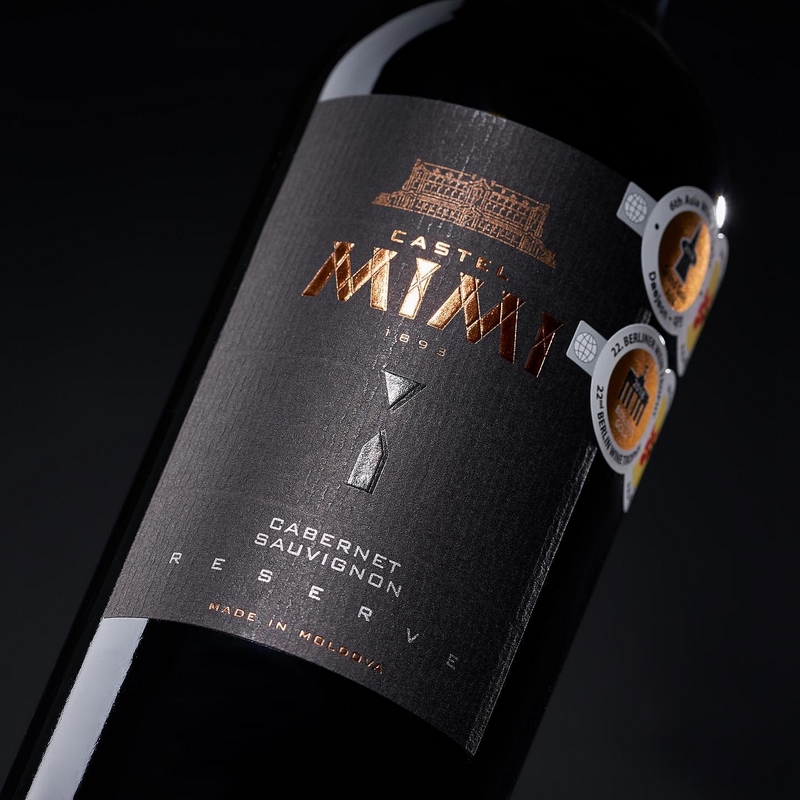 Wines from Moldova, Romania, and Bulgaria sold on one common online platform WINET

The EU-funded cross-border project WINET ‘Trade and Innovation in Wine Industry‘, brings together wine producers from Moldova, Romania, and Bulgaria, providing a common online platform where their products are available to wine lovers worldwide.

Although, largely undiscovered in western markets, the three countries are a source of impressive and unique wine styles based on long-established history. Traditions in wine production and wine culture on these territories are older than the countries themselves.

All three countries have areas with PGI and PDO and international grape varieties, such as Cabernet Sauvignon, Pinot Gris, and Pinot Noir, but also their own grapes that produce unique, authentic, exciting wines, different from what the consumer can usually find on the market. Thus, for wine lovers seeking different flavors, Eastern European wines are most definitely worth discovering.

As mentioned in several articles and books written about the area, the authentic grape varieties to look for are: from Romania and Moldova – Feteasca Neagra, Feteasca Alba, Feteasca Regala, Negru de Dragasani, Rara Neagra, Viorica; from Bulgaria – Melnik, Mavrud, and Gamza.

The wine industry is vital for these countries, being a significant employer and driver of economic progress. Therefore, the EU Black Sea Basin program saw an opportunity to increase cooperation and trade between Moldova, Romania, and Bulgaria and help them make the wines available to anyone interested using a digital platform. Thus, the WINET cross-border project was initiated and currently covers 150 wineries. 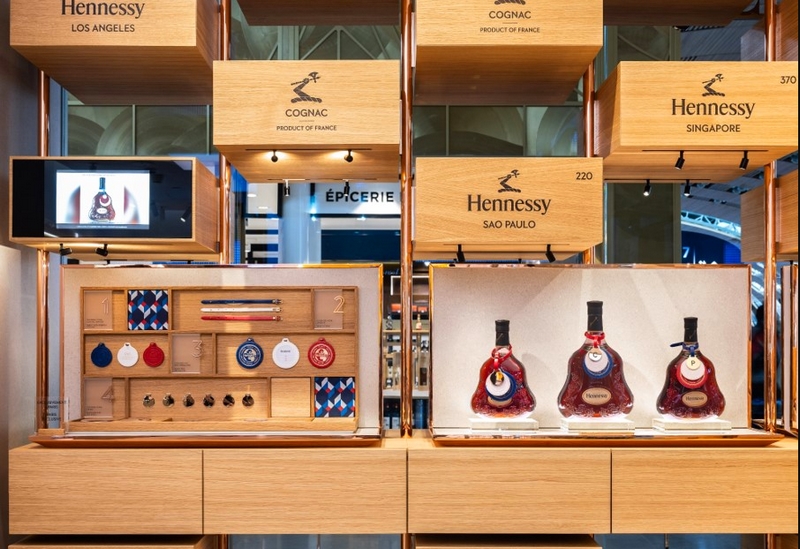 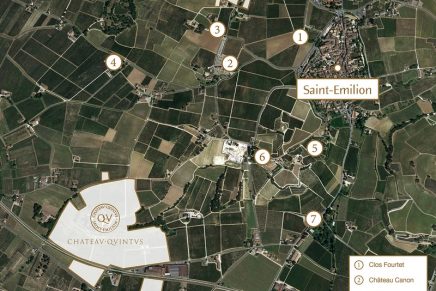 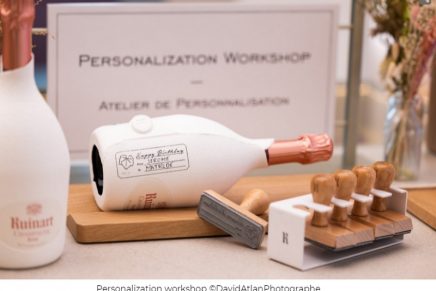 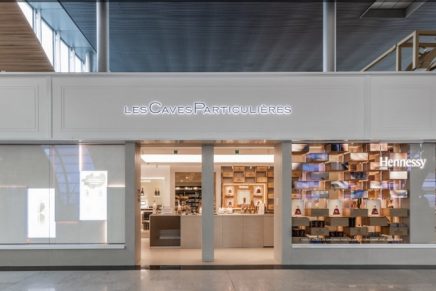 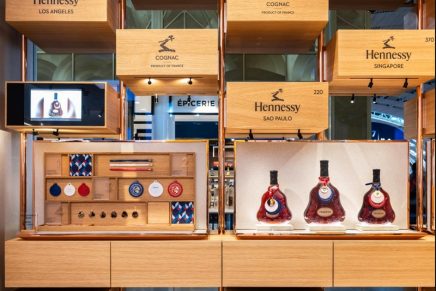