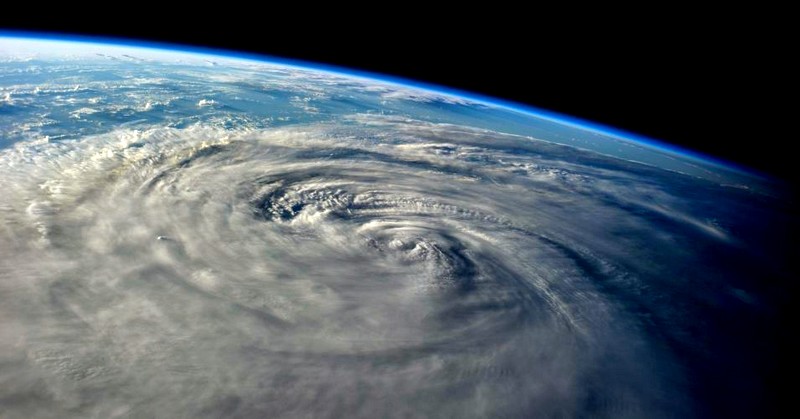 This article titled “Why eco-austerity won’t save us from climate change” was written by Leigh Phillips, for theguardian.com on Wednesday 4th November 2015 08.15 UTC

Despite the anti-capitalist rhetoric of green-left writers like Naomi Klein and Bill McKibben, and the anti-corporate street protests of environmental NGOs, could it be that their small-is-beautiful, degrowth, localist, organic, anti-GMO and anti-nuclear approach to solving climate change and biodiversity loss is in fact working in service of neoliberalism (while not even doing much to help the planet either)?

Ever since The Population Bomb, the 1968 bestseller by serial-Chicken-Little and anti-natalist Paul Ehrlich, warning that four billion would die of starvation by the end of the 1980s, and the Club of Rome’s 1972 report Limits to Growth that predicted civilizational “overshoot and collapse” within decades, neo-Malthusians have been telling us we need to degrow the economy and retreat from a Western, consumerist, high-technology, unsustainable way of life, or else Hobbesian doom is all but a fortnight away.

Updated for the era of the genuinely exacting challenge of global warming and biodiversity loss, a retreat from economic growth is argued to be necessary today because “We cannot have infinite growth on a finite planet”.

Yet all this talk of “we” in the developed world (or, as some hair-shirt wags put it, we in the over-developed world), of “our” overconsumption, of an undifferentiated mass of big spenders, ignores the billowingly large class differences that exist in the global north and the decades-long bludgeoning of workers’ standard of living.

Throughout the post-war period of powerful trade unions, full employment and a strong welfare state that the French nostalgically call Les Trente Glorieuses, workers’ pay across the West rose in tandem with growth. But since that time, wages and benefits have stagnated or declined in most sectors. If the median US household income had kept pace with the broader economy since 1970, it would now be $92,000 instead of $50,000.

From 1990 to 2009, labour’s share of national income declined in twenty-six out of thirty developed economies, according to the OECD. Overall across advanced economies, labour’s share dropped from 66.1 percent to 61.7 percent. And as poor as many are in the developing world, the gap between them and the workers of the global north is less than the gap between the latter and the one percent. That is to say: us ordinary folks in the supposed rich countries are closer in wealth and have far more in common with third-world workers than we do with our own bosses.

So who exactly is this “we” that is doing all the overconsuming? Almost everyone I know is just struggling to get by. We don’t need the “Buy Nothing Days” of the trendy anti-consumerist Adbusters magazine, but rather some “Finally-Able-to-Buy-Lots-More Days”.

Humans are not like bacteria in a petri dish or a cartoon hamster that gets fatter and fatter until it is a 9-billion-tonne burping, growling Godzilla-rodent, careening through cities eating everything in its path, as a video on from the New Economics Foundation would suggest.

Unlike any other species, our per capita rate of material and energy throughput alters as a result of changes in technology and our political economy. Through technological advance, we can use less of something to produce the same amount, or replace one raw material with another. We didn’t “run out” of whale blubber. We replaced it with kerosene.

It is true that the right-wing Pollyannas say: “Don’t bother your pretty little head; technology will save us.” The green left Cassandras meanwhile run around screaming: “Technology can’t save us; we’re doomed!” The socialist meanwhile says: “So long as we plan and regulate the economy carefully, we need never run out of anything, no matter how large we grow.”

It is not growth, but unfettered free markets that are the problem. Capitalism depends on growth, but growth does not depend on capitalism. Naomi Klein’s jumbling together of the two says more about the contemporary left’s atrophying knowledge of the ABCs of socialist economics than it does about the problem that the current mode of production poses to ecological services.

Over the past decade, greens in the European Parliament have repeatedly provided an environmentalist fig leaf to the further privatization and break-up of energy utilities, out of a desire to give independent producers of renewable energy access to the electricity grid. But in the UK, community-owned alternative energy projects represent just five percent of capacity compared to 82 percent represented by private home-owners. Feed-in-tariffs (FiTs) are effectively a subsidy of the middle-class by the poor. They offer subsidies to property owners and companies to install solar panels and wind turbines, with the considerable cost passed on as a surcharge to the utility consumers.

In Germany, where FITs are most developed, they have made electricity the most expensive in Europe. The average household now pays an extra €260 a year, while 2,300 energy-intensive companies are exempt from paying the surcharge—and these costs are only expected to rise. And after Berlin began shutting down its nuclear plants, they had to open new plants powered by lignite coal in order to keep the lights on because the sun does not always shine and the wind does not always blow. The country’s carbon emissions have predictably begun to creep back up.

Yet this need not be the case. We know now that the main historic concerns about nuclear power are not the worry we once thought they were, in the case of radiation and waste, or a phenomenon that next-generation reactor technology eliminates completely, in the case of meltdown. The number of deaths per terawatt hour from nuclear power even with existing technology is by far the lowest of all energy sources.

Nuclear should also be cheap. But some 70-80 percent of its cost is due to substantial up-front construction costs, which take decades to pay off, and make the private sector extremely reluctant to go anywhere near the technology without significant public subsidies. In the US in the 1970s, the private companies that were involved in the American build-out of nuclear saw their finances deteriorate due to mammoth cost overruns and had to hand over significant authority to public utility commissions.

Over roughly the same period, France, Sweden and Belgium underwent the most successful and rapid decarbonisation programmes in history. France now produces 78 percent of its electricity from this low-carbon source, and enjoyed reductions in emissions of four percent a year over the course of just a decade.

The key to France’s nuclear success was making the transition prior to the advent of neoliberalism in the 1980s. Consistently, energy policy researchers have found that the essential element was France’s muscular étatist framework that permitted centralised decision making; a public-sector electricity monopoly enjoying substantial, concentrated resources (the state engineers of the Corps d’État); and strong political support. Alongside this was an influential public research and development agency, and economies of scale from standardised and large-scale build-out.

All this is necessary—just as in the Manhattan Project or the Apollo missions—due to high levels of technological risk, reliance on advanced equipment that requires a lengthy lead time, complex learning, a non-proprietorial attitude to knowledge-sharing, and, above all, large amounts of cheap capital.

This is precisely why the strongest backers of nuclear power advocate that, for the time being, it cannot be anything other than public sector driven, and why some of the fiercest opponents of nuclear power are, surprisingly, free-market think-tanks such as the Cato Institute. The scale of public investment, centralization, and regulatory control that is required means nuclear smells too much like socialism. But if it were up to the likes of them, we’d never have landed on the moon. An entrepreneurial, risk-taking, mission-oriented public sector got us into space, and it’ll be the same sort of public sector that saves the planet.

The patchwork of hair-shirted, back-to-the-land, anti-industrial and degrowth prescriptions common on the green left should really be described as “eco-austerity”. Green anti-modernism is a cuckoo’s egg in the nest of the left.

The truth is that we can stop climate change and deliver expanding wealth for all. The end is not nigh and we do not need to rein in industrial society. If anything, we must accelerate our modernity.

Leigh Phillips is a science writer and author of Austerity Ecology & the Collapse-porn Addicts, which has just been published by Zero Books.