S.Pellegrino launched the 5th edition of the S.Pellegrino Young Chef Academy Competition to shape the future of gastronomy. 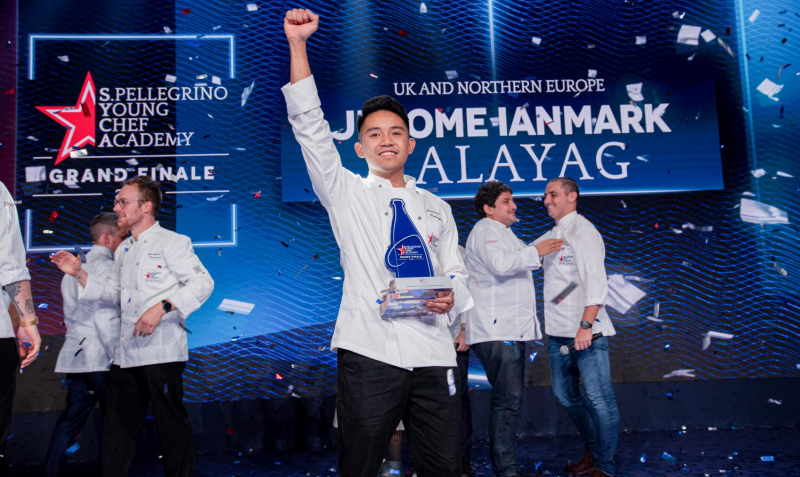 Applications for the S.Pellegrino Young Chef Academy Competition 2022/2023 are open until 30th April 2022.

Taking part in the S.Pellegrino Young Chef Academy Competition is a unique opportunity to enter a longstanding, ambitious and visionary project, through which S.Pellegrino contributes to the evolution not only of the culinary community, but of society as a whole. Indeed, it’s with the competition that S.Pellegrino identifies and educates the talents who will form the next generation of young chefs, and citizens of the world. For this reason, the competition is the ideal context for all culinary game changers who are eager to challenge themselves and to demonstrate their ability in creating the finest taste experiences, while having a positive impact on society.

The S.Pellegrino Young Chef Academy Competition 2022/23 will offer young chefs the opportunity to start an inspiring and educational journey, gaining global visibility and significant professional prestige during the whole selection process, that will culminate in the Grand Finale event planned for 2023. The 2019/21 edition, that has just closed, saw about 300 talented Young chefs and Mentors from 50 different countries and regions, working together to improve their signature dishes, which were not simply recipes, but real ideas for a sustainable and inclusive culinary revolution. At the end it was Jerome Ianmark Calayag who triumphed, becoming a point of reference for all those who wish to undertake the profession of chef with a new look to the future.

“A few months after the success of the Grand Finale 2019/21 which was held in Milan last October, we are thrilled to announce the fifth edition of the S.Pellegrino Young Chef Academy Competition. The competition, originally conceived as an international scouting project, has evolved over the past two years into an authentic, permanent training and networking laboratory: the S.Pellegrino Young Chef Academy, an inspiring community of more than 1000 people made up of young and senior chefs originating from all over the world. The competition opens the doors to the Academy and is the main tool we have to stimulate creativity and promote talent. The whole project conveys our commitment to pushing continuous evolution within the gastronomy world, which today represents an extraordinary ‘space’ to spread universal values, such as sustainability, responsibility, inclusivity, resilience and beauty”, says Stefano Bolognese, Sanpellegrino’s International Business Unit Director.” 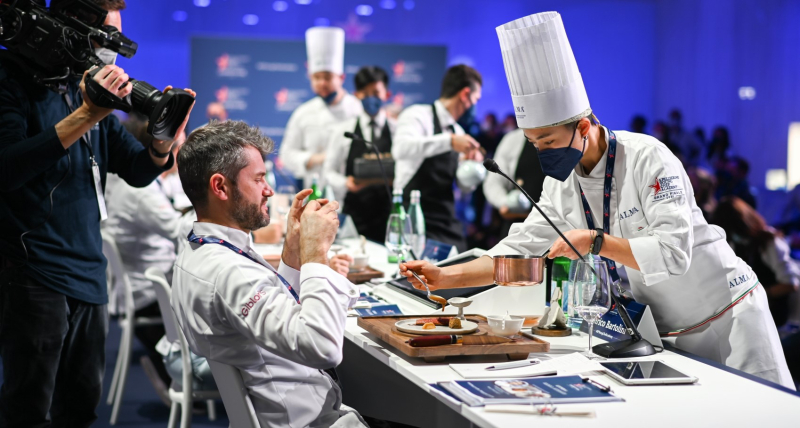 Young chefs under 30 years of age will have the chance to register for the S.Pellegrino Young Chef Academy Competition 2022-2023 on www.sanpellegrinoyoungchefacademy.com from 7th February until 30th April 2022, providing personal and professional information and submitting the recipe of a signature dish able to communicate their personal vision, unique skills, and creativity. As with previous editions, in the first selection phase applications will be evaluated by ALMA, the International School of Italian Culinary Arts. ALMA will define a shortlist of Young Chefs who will participate in one of the 16 Regional Finals that will take place throughout the globe over the second half of 2022.

Regional finalists will be officially in the running for the coveted title of the ‘S.Pellegrino Young Chef Academy Award 2022-23′ which will boost their career and grant them worldwide recognition. Applicants will also compete for three additional awards which will recognize the young chefs’ varied beliefs and approaches to create positive change in society through food. 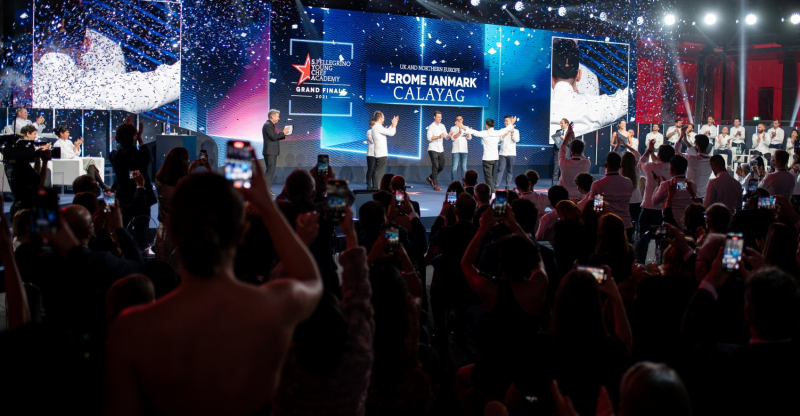 The four awards are as follows:

S.Pellegrino Young Chef Academy Award: it is the main competition award, voted for by the Seven Sages, an esteemed panel of internationally renowned chefs. The winning chef will have to demonstrate unrivalled technical skills as well as genuine creativity. The young talent should also display a strong personal belief regarding gastronomy, that will convince the Jury of their ability to become a catalyst for positive change;

S.Pellegrino Award for Social Responsibility: voted by the Sustainable Restaurant Association, who runs the Food Made Good, the largest foodservice sustainability programme and global community for driving sustainability in hospitality, this dish will represent the principle that food is at its best when it’s the result of socially responsible practices, encompassing sourcing, social and environmental requirements. Submissions to this award are judged according to 8 criteria: resource use, climate impact, biodiversity, food waste, nutrition, collaboration, advocacy, innovation;

Acqua Panna Award for Connection in Gastronomy: voted for by Mentors, the winner of this award will produce a dish that represents the culinary heritage of the native region. The dish should highlight traditional culinary practises and personal modern vision, providing a connection between the past and the future;

Fine Dining Lovers Food for Thought Award: voted for by the online Fine Dining Lovers community, this award will be for the young chef who will be able to best represent his/her personal belief within his/her signature dish. 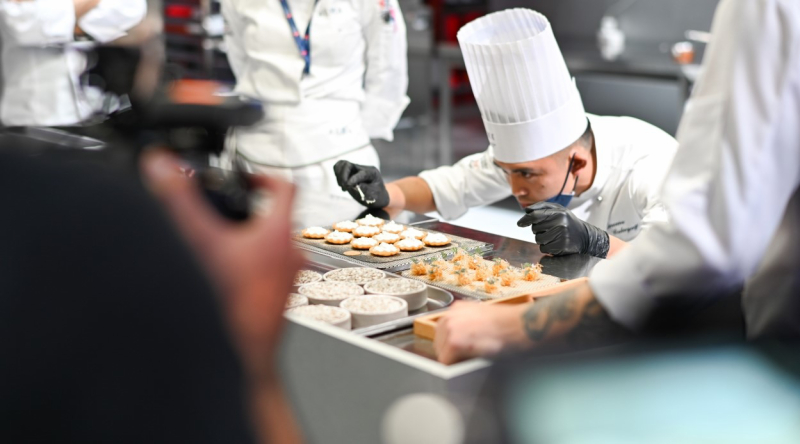 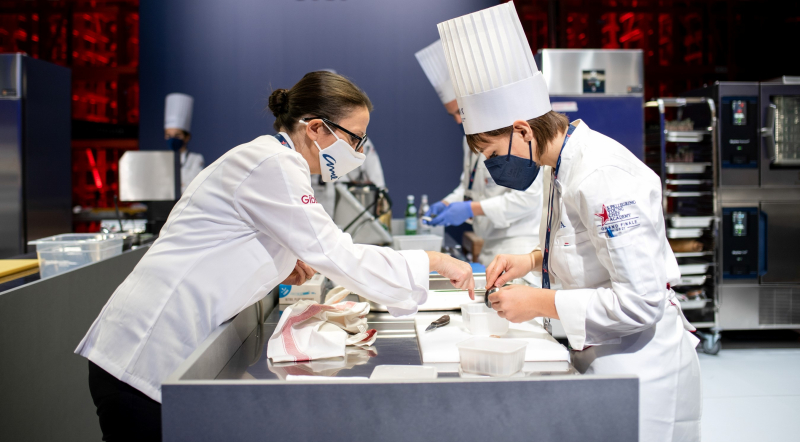 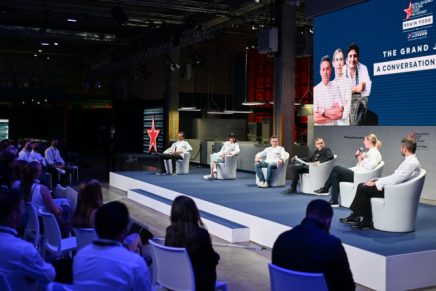 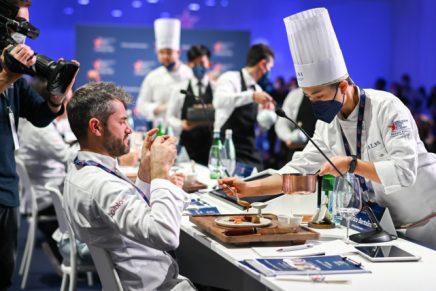 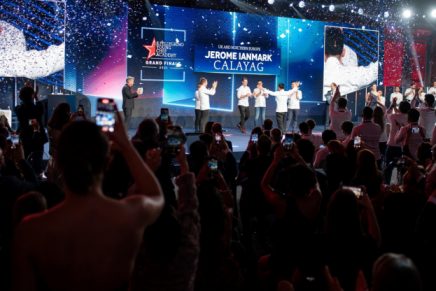 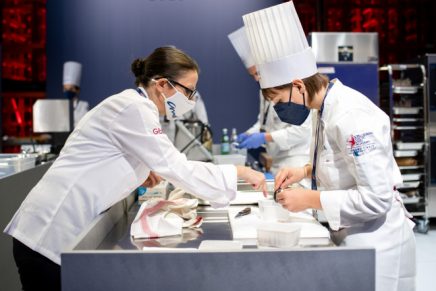 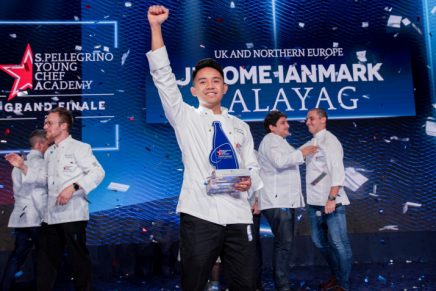 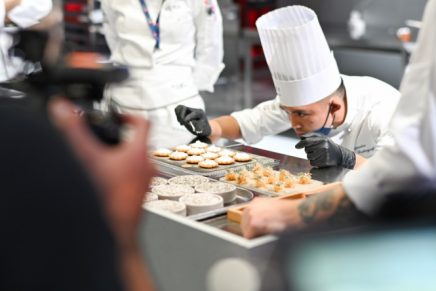